We tested this Federal Ammunition 45 ACP (Auto) ammo by firing five rounds with a Ruger SR45 with a 4.5-inch barrel into calibrated Clear Ballistics gelatin. Of those five rounds, we discovered the ammo penetrated an average of 13.08-inches into the gelatin. Our test rounds ended the test with an average expanded diameter of 0.854-inches, retaining 99% of the projectile's original weight.

On this page, you'll see video of our tests including photographs that detail the ammunition before/after firing it through a four-layer barrier into gelatin. Also, you'll see how this Federal Ammunition 45 ACP (Auto) ammunition stacks up compared to other self-defense rounds in 45 ACP (Auto). 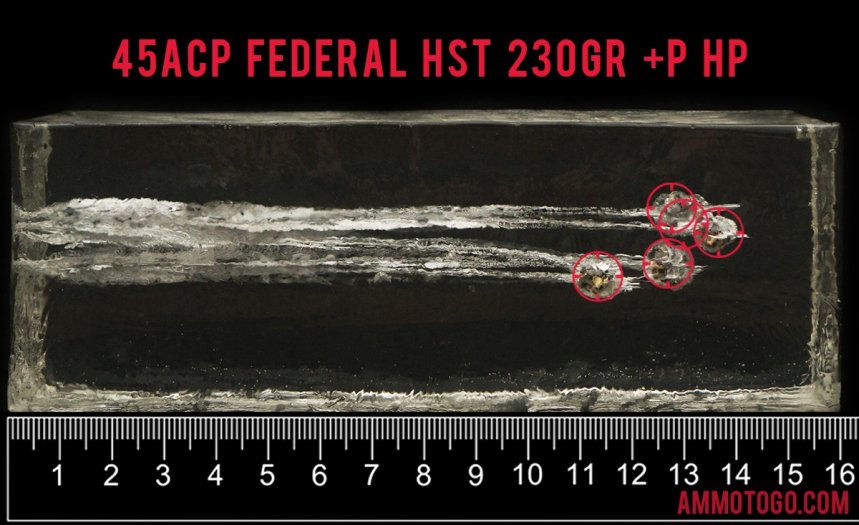 How do the results for this Federal Ammunition 45 ACP (Auto) compare to other Hollow Point?