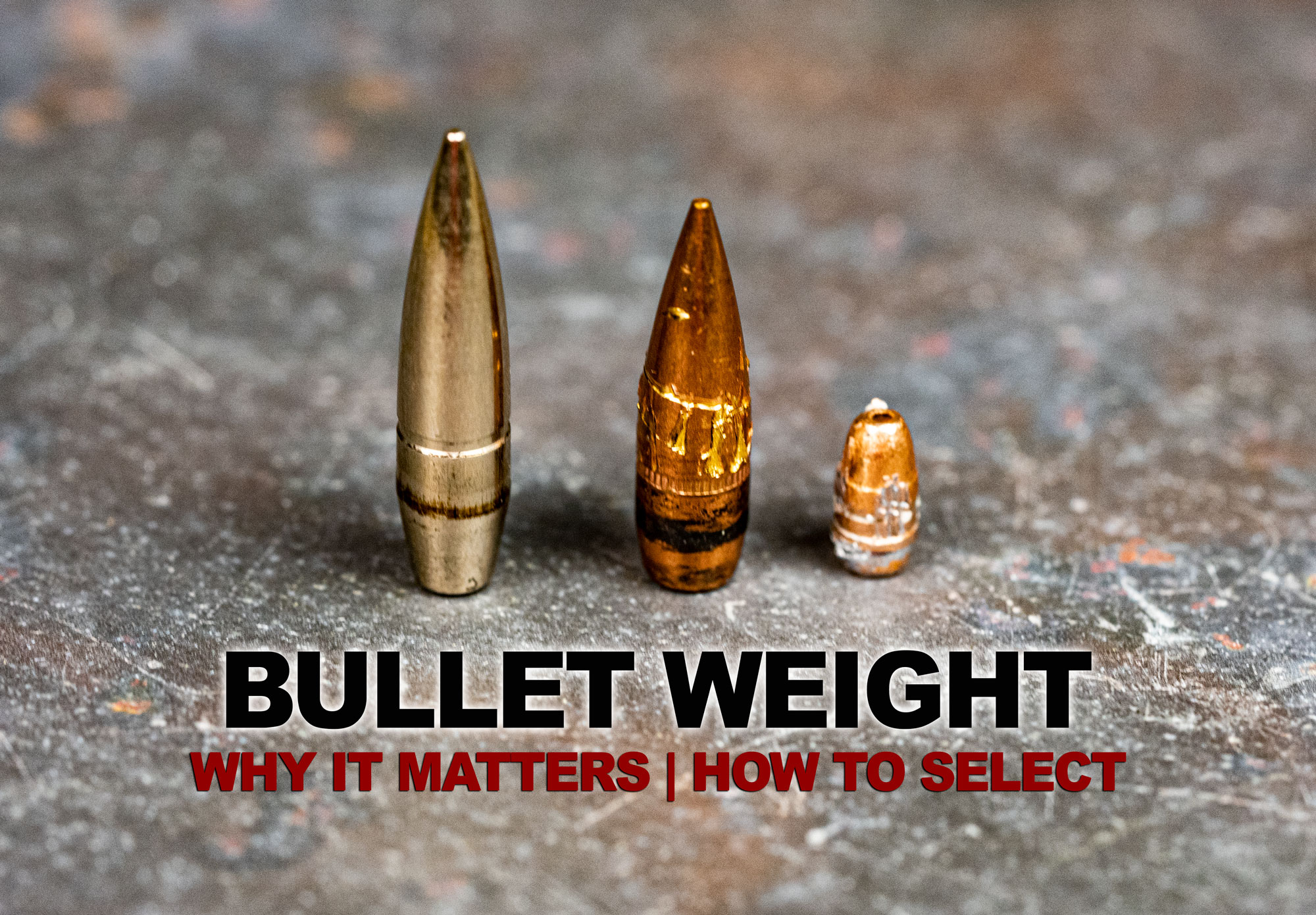 What was the weight of the last bullet you shot? If you’re like many shooters, you may have no idea. Sure, you know the caliber of the firearm, you may even know the general distance and speed. But that may be all. And that’s okay. Most gun owners don’t need to be experts on bullet […]

What was the weight of the last bullet you shot?

If you’re like many shooters, you may have no idea. Sure, you know the caliber of the firearm, you may even know the general distance and speed. But that may be all.

Most gun owners don’t need to be experts on bullet weight. However, learning about weight; about how it impacts speed, accuracy, and terminal ballistics, will make you a more knowledgable and confident shooter. In the end, this will increase your enjoyment of shooting sports and allow you to select better ammunition for your specific needs.

A Primer on Bullet Weight

What Does Bullet Grain Mean? 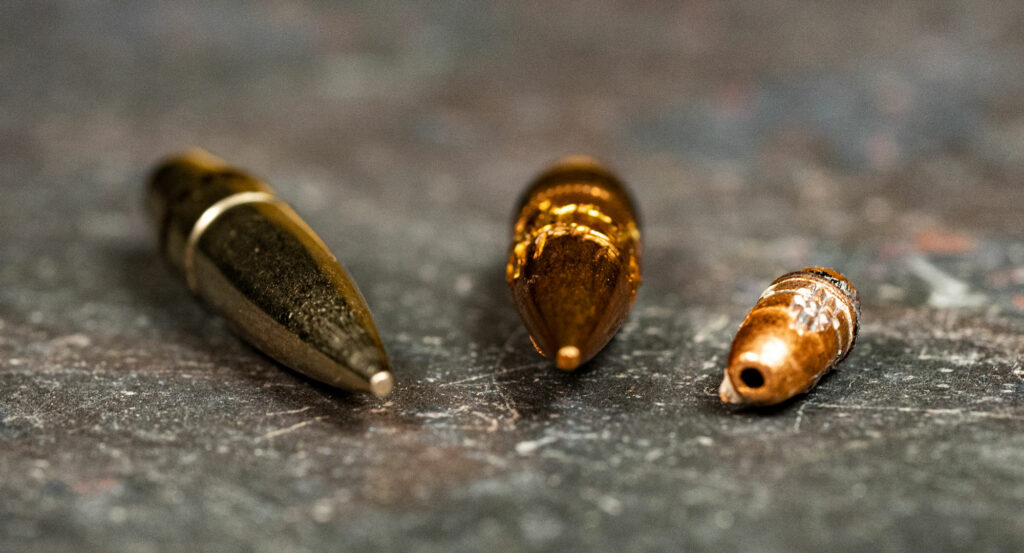 To start this discussion, let’s begin with an explanation of the basic unit of measurement for bullet weight: grains.

You will often see bullets listed with the grain size before the bullet type. For example, 9mm rounds may be listed as “115 gr FMJ.” This tells us that the cartridge is loaded with full metal jacket bullets that weigh 115 grains.

As you learn more about ammunition, you will find that cartridges have a wide range of bullet sizes. The smallest commonly-used bullet size is likely 15 grains, which is found in some .17 HMR cartridges. However, you can find cartridges with bullets over 600 grain, which are found in products for the .50 BMG.

Most Cartridges Have a General Range of Bullet Weights

Bullet size within a given cartridge can vary, but there is a general range of size for each ammunition cartridge. For example, AR-15 ammunition has a standard size of 55 grains, but you can purchase ammo for your .223 rifle with bullets ranging from below 40 to over 70 grain. Likewise, 9mm Luger cartridges have bullets from 60 to 160 grains.

The point is that even when you purchase a given firearm to shoot a specific cartridge, you still have options for bullet size. (As well as bullet type.) 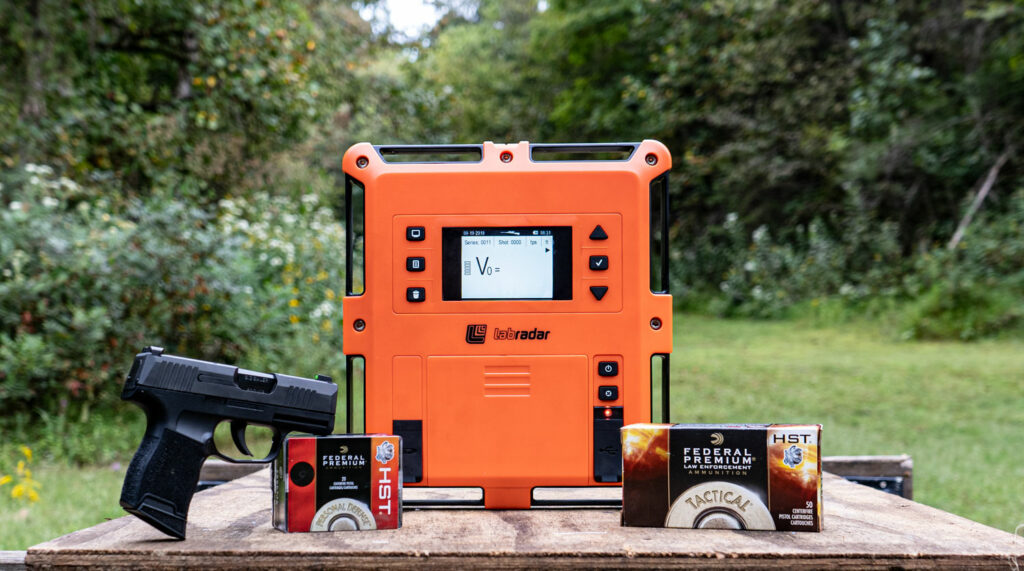 When thinking about bullet weight, it’s important to think about how you will be using the cartridge. If you are simply “plinking,” that is, casually shooting smaller cartridges at a short to medium distance, weight is not really a concern for you. For most plinkers, you’ll simply want to purchase the ammunition that best fits your budget.

If you are shooting for maximum accuracy, however, the bullet weight matters, but it’s not as simple as saying heavier or lighter bullets are better.

Here’s what we can say: a lighter bullet generally has greater speed, which means it can often maintain a straighter trajectory at a greater distance. However, a light bullet delivers less energy and is susceptible to wind, which means it can be blown off target much easier than heavier bullet. So from an accuracy perspective, neither is absolutely better.

To understand these points, let’s look at two products from Federal Ammunition.

We took some of their most popular self-defense ammo for 9mm pistols, HSTs in 124 grain and HSTs 147 grain. This ammo is the same brand, line and is even loaded with the same bullet. So, what does a 23 grain differential mean for muzzle velocity? A lot, apparently.

So what, it’s still a bullet speeding at about 1,000 feet per second and that’s going to hurt, right?

But, the implications on energy into the target are significant.

The five shot average muzzle velocity for the lighter 124 grain bullet is 1073 feet per second. When you calculate the muzzle energy for this bullet, you come up with 317 foot pounds.

The five shot average muzzle velocity for the heavier 147 grain bullet was just under 940 feet per second. That is a muzzle energy of 288 foot pounds.

Why does it matter? If you’re a believer in muzzle energy and the idea of putting as much energy into your target as possible to stop a threat, this bucks the trend that “bigger is better” when it comes to bullets. In this case, the lighter bullet, moving faster delivers more energy. 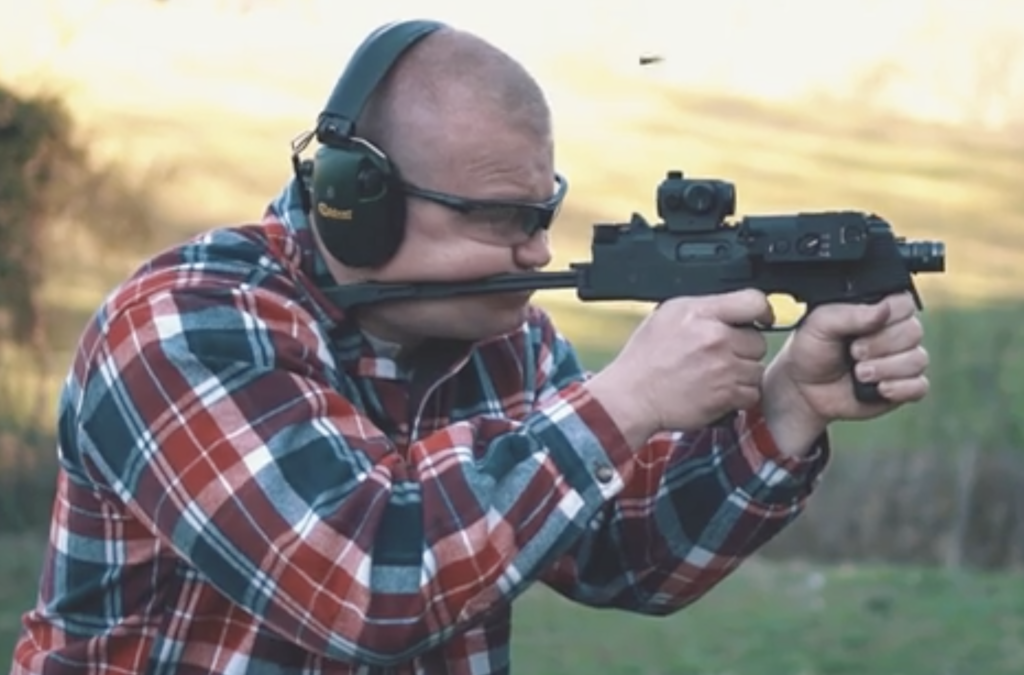 As you might expect, there are a ton of variables that play into all this. For example, if you’re using a large frame pistol, that firearm might help absorb some of the recoil, reducing what you feel.

Propellant burn rate can also play a role. A good example of this is the relatively short-cased 40 S&W cartridge. It’s not uncommon to refer to a 40 cal round as “snappy” when compared to larger cartridges, like 45 ACP.

Why Choose A Heavy Bullet? 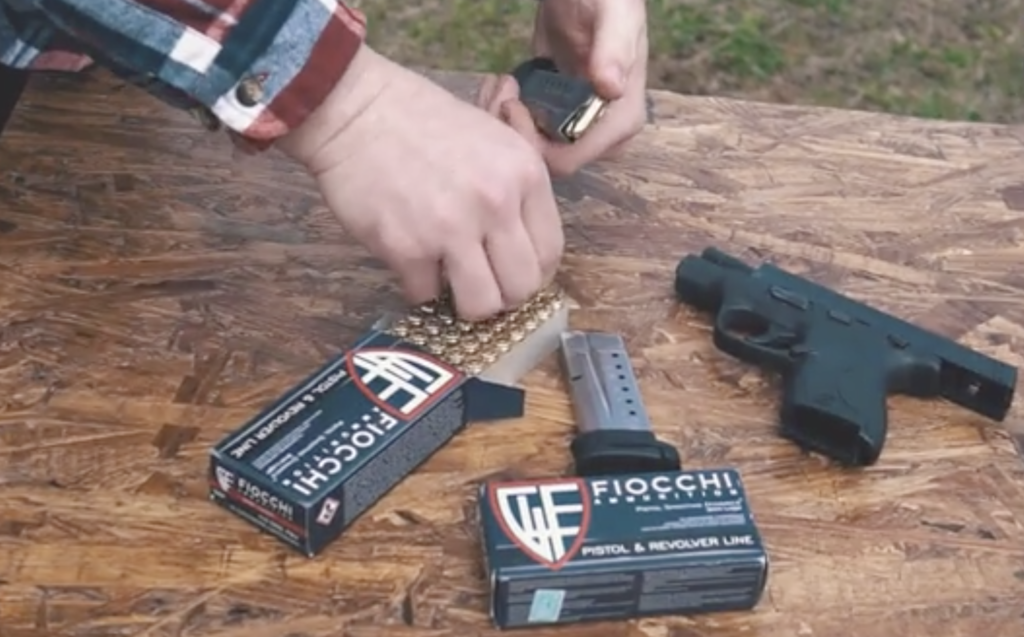 Choose A Lighter Bullet Grain If…

A smaller bullet can be effective if overall speed and distance is your goal. Speed is generally preferred for distance target shooting, as it reduces the chances of drop. As we saw above, the heavier bullet dropped further, which means your trajectory will be straighter with a lighter projectile, and your overall distance potential will be longer.

If you participate in distance rifle shooting, especially for target practice, a lighter bullet may be ideal. If you are hunting with a rifle at long distances, a light bullet may be better, but you will sacrifice energy.

Smaller bullets can also reduce recoil. If you carry a pistol and have difficulty handling high recoil, you may find that a smaller bullet is more comfortable to shoot.

If you are not sure whether you should go with a heavier or lighter bullet, the best option is to go with something in the middle. Many calibers has a standard bullet weight, such as the .223 Remington with a 55-grain bullet. Others have weights (or a narrow range of weights) that are most common because they deliver the best performance. For example, the 9mm Luger is most commonly found with 115-grain, so this is likely your best starting point.

Want to find a variety of cartridges and search for different bullet weights for your specific needs? Here at Ammotogo.com you can select the cartridge type, then filter your search by bullet weight, type, or even brand.