In hopes of giving ourselves and our customers a better idea how this 38 Special self-defense ammo would perform if called upon in a self-defense scenario, we tested dozens of the best selling hollow points on the market.

We fired five rounds of this Federal Ammunition 38 Special ammo through a cloth barrier into Clear Ballistics calibrated synthetic gelatin and recorded the results. For these tests, we used a S&W 640 with a 2.125-inch barrel. In the photos, graphics and video on this page, you can see specifically how the Federal Ammunition ammo performed and how it sticks up with the rest of the 38 Special ammo we have tested so far. 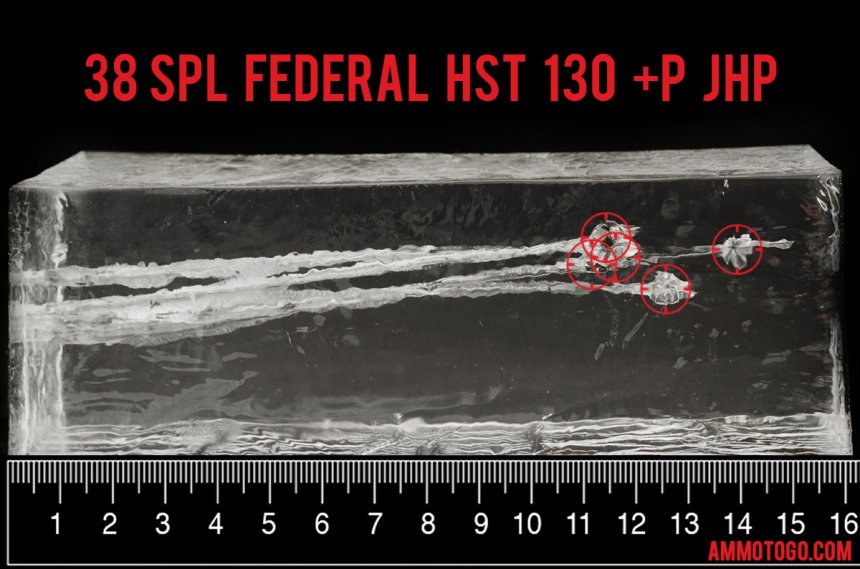 How do the results for this Federal Ammunition 38 Special compare to other Hollow Point?