Using a Glock 29 pistol, we fired 5 different rounds of this Federal Hydra-Shok 10mm ammo into ballistic gel. Using a 4-layer barrier, we wanted to see if the bullet would get plugged prior to entering the synthetic gelatin we used for testing. Check out the results below to see how this ammunition stacks up to other 10mm loads we tested. 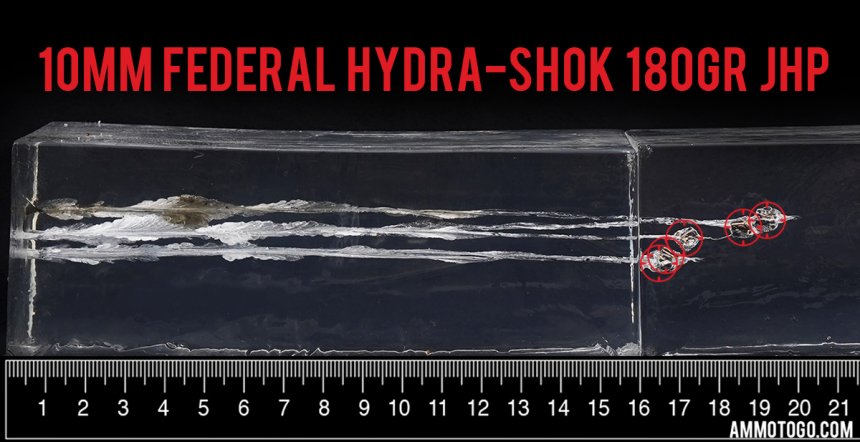 How do the results for this Federal Ammunition 10mm Auto compare to other 10mm?