We tested this Magtech 40 Smith & Wesson ammo by firing five rounds with a S&W M&P40c with a 3.5-inch barrel into calibrated Clear Ballistics gelatin. Of those five rounds, we discovered the ammo penetrated an average of 13.7-inches into the gelatin. Our test rounds ended the test with an average expanded diameter of 0.686-inches, retaining 100% of the projectile's original weight. 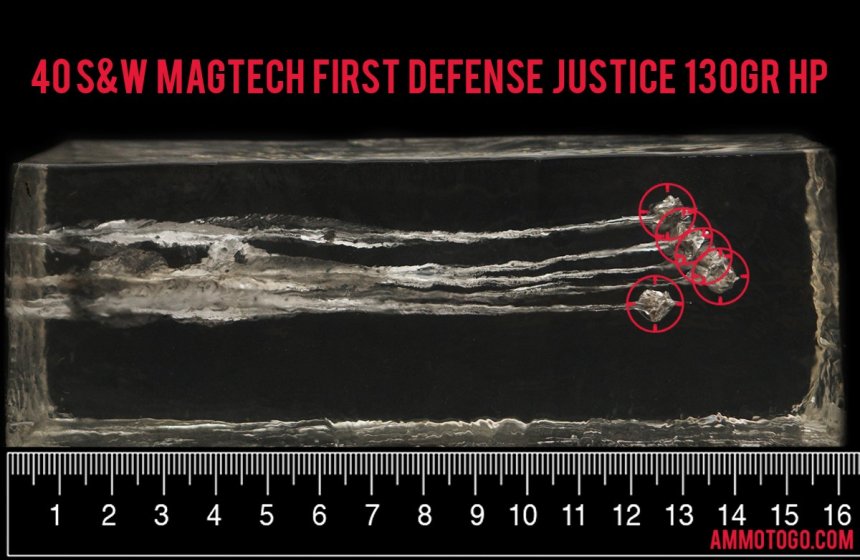 How do the results for this Magtech 40 Smith & Wesson compare to other 40 S&W?