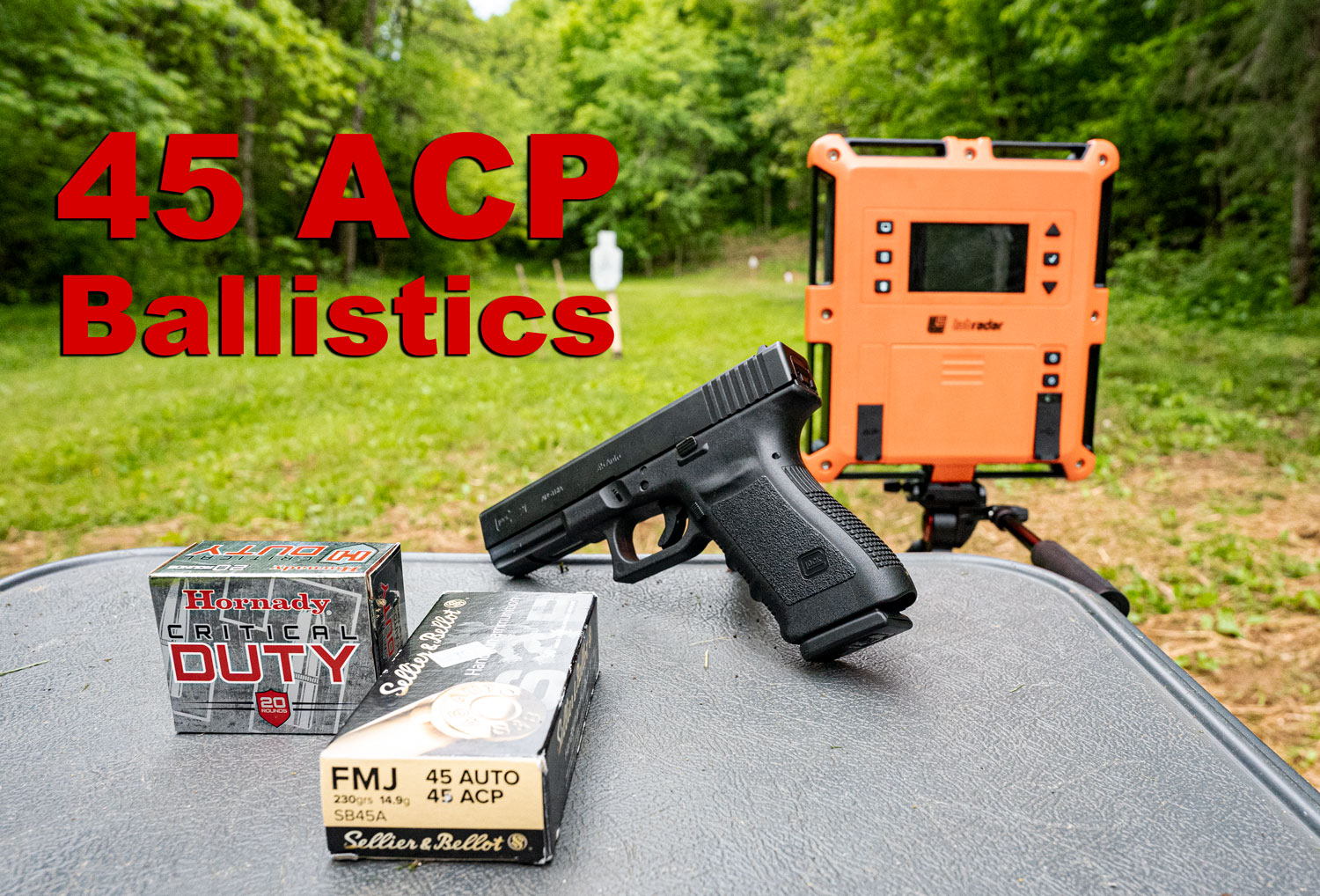 A look at the 45 ACP Ballistics and more about the venerable caliber of 1911 shooters and Thompson Machine Gunners.

Scroll right for energy, trajectory and coefficient data in the 45 ACP Ballistics chart above. 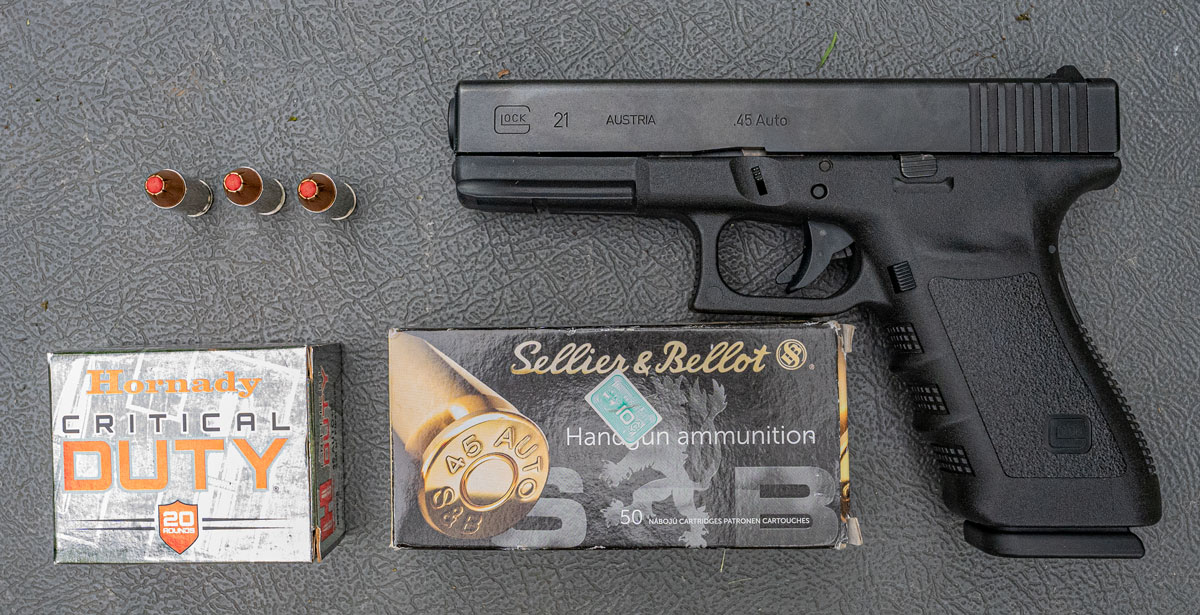 Disappointed by the 38 Long Colt’s performance during the Philippine-American War, the U.S. Army sought a more powerful cartridge for their standard sidearm, as well as an upgrade to an easier to reload semi-automatic. The 1904 Thompson-LaGarde Tests determined that the .45 caliber was the minimum needed for decisive stopping power. With that in mind, John Browning designed the 45 ACP in the same year. The Army soon adopted it for service along with Colt’s semi-automatic M1911 pistol.

What Does 45 ACP Offer Ballistically-Speaking?

What made the 45 ACP appealing to the Army back then still makes it appealing now. The round’s .451” diameter bullet is wide enough to produce a devastatingly wide wound channel. This is typically true even if it’s an FMJ that’s incapable of expanding. Its 230 grain bullet furthermore possesses the mass requisite for deep penetration through soft tissue. In terms of ballistics, its relatively low 830 fps muzzle velocity doesn’t produce enough recoil and muzzle blast to make accurate rapid fire difficult. Furthermore, the 45 ACP’s low chamber pressure doesn’t rapidly wear out a weapon. This is an important feature when troops may have to make do with the same firearm for a long time.

45 ACP ammo is still commonly equipped with a 230 grain bullet, although lighter bullets are available in factory loaded rounds. Whether its bullet is heavy or lightweight, and whether its muzzle velocity is in the low 800 range or close to hitting four digits, it consistently delivers at least 300 ft lbs of energy at the 100 yard mark. Even conservative estimates place 300 ft lbs as the minimum acceptable amount of energy needed for self-defense at the muzzle. The 45 ACP’s slow muzzle velocity does convey its chief shortcoming, however: Its trajectory is far from flat, with an average of 15 to 20” bullet drop at 100 yards.

The 45 ACP has become less popular than the 9mm for a number of other reasons. It is larger, and thus reduces magazine capacity and complicates mass transport. Its heavyweight bullet is less capable of penetrating armor. It’s also a little more expensive, if only because more metal must go into its production. But at the end of the day, the 45 ACP’s military mythos coupled with its undeniable utility for self-defense will keep it alive and well for centuries to come. 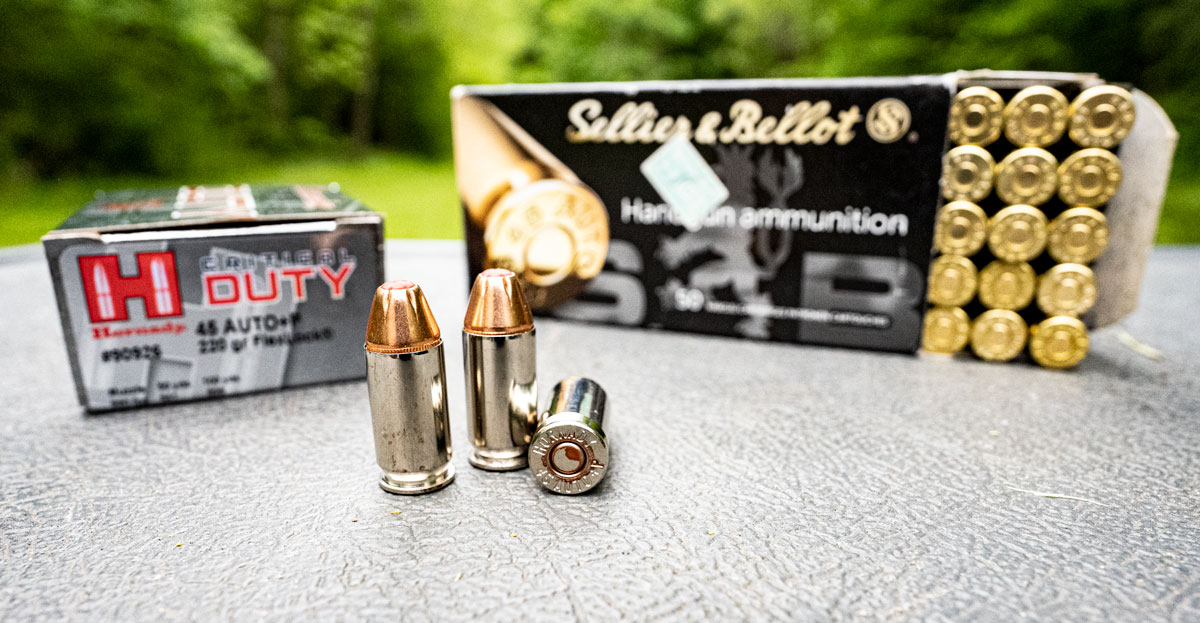