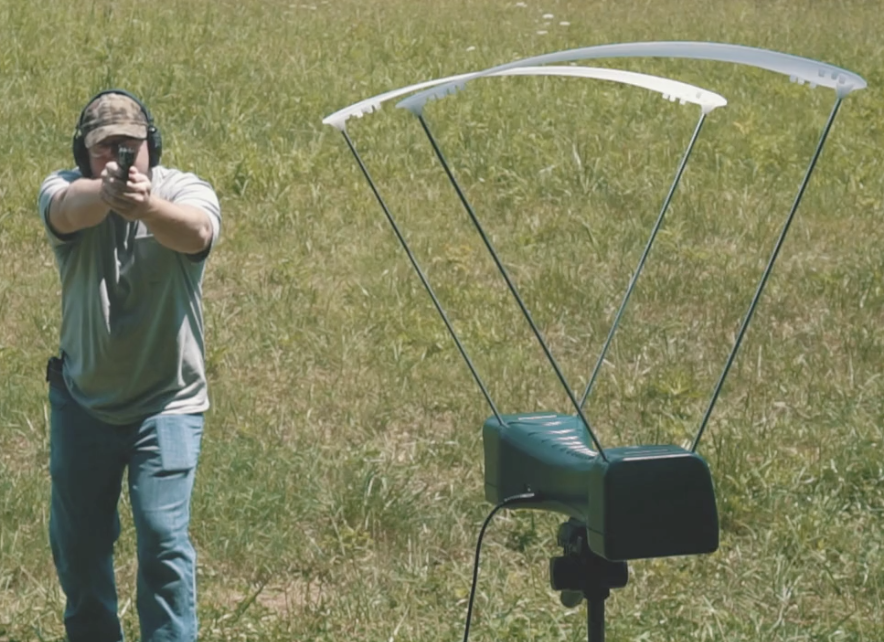 Muzzle velocity is something you’ll see on boxes of ammunition and on ballistics stat sheets, but you may not know exactly how muzzle velocity impacts performance.

Is muzzle velocity something you need to be concerned about? Or is it just a complex but unimportant piece of data, meant for people who are seriously interested in (and can mentally tolerate) the complex physics of shooting?

The truth is somewhere in the middle; From weekend plinkers to elite rifle competitors, understanding the basics of muzzle velocity is an essential part of gun ownership and marksmanship.

What is Muzzle Velocity?

Muzzle velocity is simply a measure of the speed of the projectile the moment it leaves the barrel. You’ll see a muzzle velocity listed for nearly all ammo, sometimes even right on the box.

The velocity of a projectile is always fastest when it leaves the barrel. (Technically, the bullet is fastest at the instant the explosion occurs and the bullet is expelled from the cartridge.)

Every single bullet, whether it’s a full-metal jacket, hollow point, or soft nose, can be measured in muzzle velocity. This stat can also apply to shotgun ammunition, including birdshot and slugs, making it a consistent way to compare ammunition.

Muzzle velocity, however, is not always a fair comparison, as different projectiles have different purposes and downrange performance.

Muzzle velocity is generally stated in feet per second, or “fps.” However, many European brands are listed in meters per second, which is abbreviated as either “mps” or “m/s.” For consistency, we’ll use fps for the rest of this article like the red-blooded Americans we happen to be!

Additionally, the length of the barrel used in testing can have a major impact in the results. For instance, Hornady uses a 24″ barrel to test and record muzzle velocities for their 223 ammo. 24″ is the SAAMI (industry) standard despite the fact that most .223 ammo is probably fired from an 18″ AR-15 barrel.

To give you an idea of muzzle velocity statistics, here are a few listed velocities for specific products in some of the most popular cartridges:
(All listings are fps)

As you can see, there is a huge difference in bullet velocities from caliber to caliber. With so many differences, it’s essential that you understand how muzzle velocity will impact performance.

Most shooters will find two specific advantages to a higher muzzle velocity, differences that impact how the bullet maintains a trajectory and how the bullet performs when it impacts the target.

First of all, a higher muzzle velocity will mean a straighter trajectory down range.

When a bullet it traveling at a faster rate, it will not drop as quickly. Think of throwing a baseball: when you throw the ball with a light, slow lob, it will drop quickly and its trajectory will look more like an arch. But if you hurl the ball as fast as you can, like a fastball pitch, it will have a trajectory that is closer to a straight line. The same principle applies to bullets. If the bullet is traveling slowly, it will generally drop sooner, like the tossed ball; if it is hurled with speed, like the fastball, it will maintain a straight trajectory. Faster bullets are generally more reliable for downrange shooting because they don’t drop nearly as much.

The faster the projectile (either a bullet or a linebacker), the more energy is driven into the target.

Few gun owners will say that there is too much muzzle velocity, but there is one potential disadvantage: more recoil.

According to Newton’s famous law of equal and opposite reactions, if the bullet is leaving the projectile at a higher speed (which means higher energy), the kick of your rifle against your shoulder or a pistol against your hand will be harder. This won’t be noticed in smaller, less powerful cartridges, such as the .17 HMR, but it will be noticed in large cartridges such as the .44 Magnum or .50 BMG. (To be fair, felt recoil is more directly connected to muzzle energy, not velocity, but velocity will impact energy.) Hard recoil can also impact follow-up shots in self-defense situations, so some recommend slower cartridges as opposed to “hotter” rounds, especially for smaller or weaker gun owners.

Another important aspect of muzzle velocity is the difference between the speed at the muzzle and the speed at the target. Even if your bullet is only traveling an inch, it will lose velocity, as air drag is steadily wearing down momentum. Different bullets, however, will perform differently when it comes to loss of speed.

We’re now getting into some fairly heavy physics, but as a shooter, and especially a hunter, you need to remember that a bullet will slow downrange. Because of this drop in speed, a bullet, even if placed on target, may not have the energy and momentum to perform effectively. (Remember the linebacker.) Therefore, if you are using rifle cartridges for long-range hunting, you not only need to be concerned with muzzle velocity, but you should also understand the rated velocity for the distance you to target.

What Shooters Should Be Particularly Concerned About Muzzle Velocity?

There are really two types of gun owners who really want to focus on muzzle velocity. They are long-distance rifle competitors and long-distance hunters. If you participate these activities, always want to check the listed muzzle velocity (and downrange velocity) of your ammo. It’ll help keep you consistent and on-target.