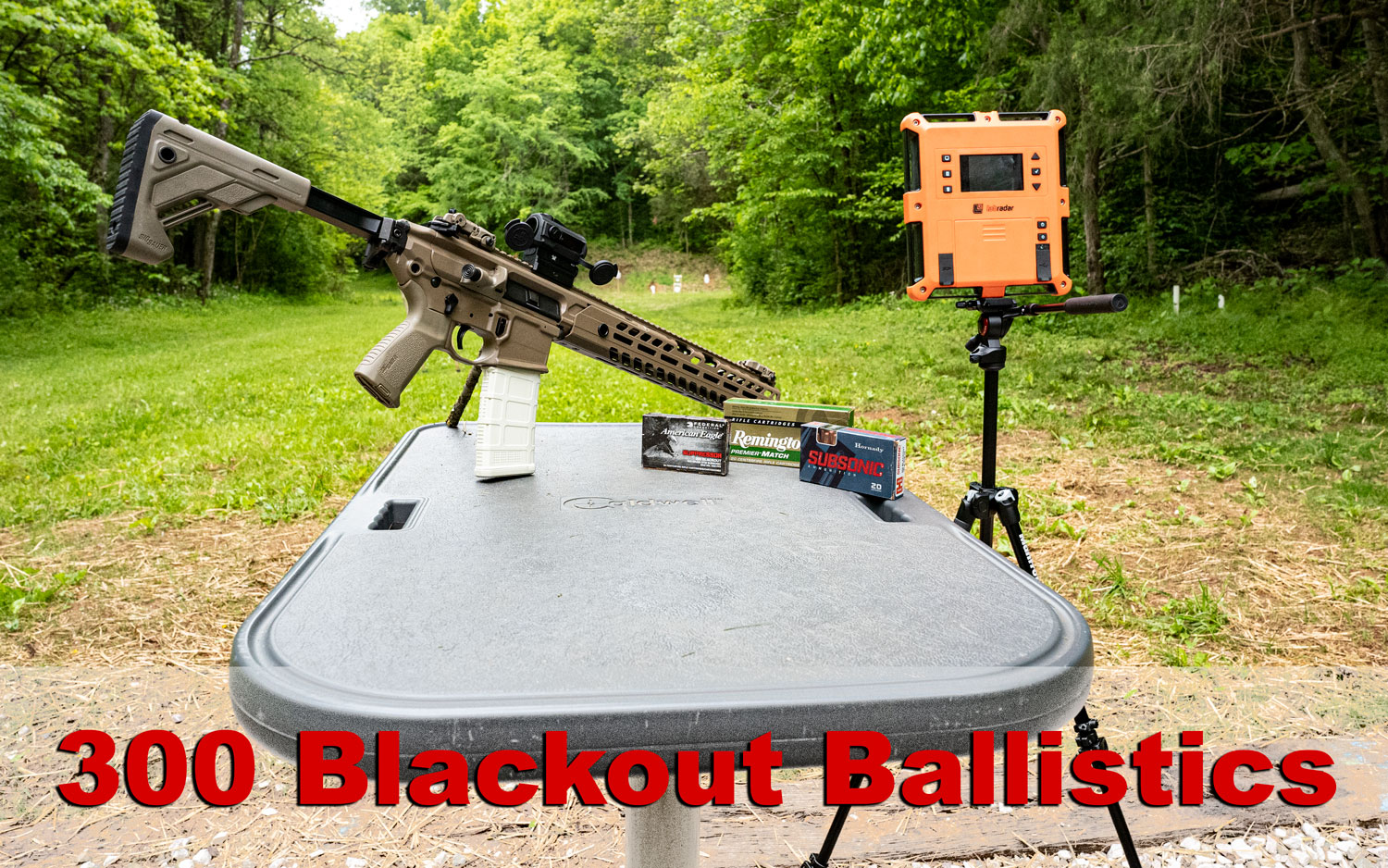 A look at 300 Blackout ballistics including velocity, energy and drop data for some of the most popular loads among American shooters.

300 Blackout is taking the shooting world by storm, and for good reason. Let’s explore all this caliber has to offer including an in-depth look at 300 Blackout Ballistics.

Advanced Armament Corporation began developing a .30 caliber subsonic cartridge optimized for the M4 platform in 2009. They first looked to the 7.62×39 for inspiration. After investigation, AAC found the 7.62×39 case’s aggressive taper too extreme for a standard M4 magazine to accommodate. They instead heavily based their new cartridge on SSK Industries’ 300 Whisper. Eventually, they got their own 300 Blackout cartridge SAAMI approved in 2011.

The 300 Blackout would never see mainstream military use, although it became popular in the civilian shooter market. It is extremely easy to convert an AR-15 to fire 300 Blackout ammunition, and the round’s ballistic performance is different enough to justify purchasing the barrel necessary to do so. A supersonic 300 Blackout round with a 110 grain bullet has a muzzle velocity approximately 1,000 fps slower than that of a 223 Rem, giving it a significantly faster bullet drop. However, the 300 Blackout’s heavier bullet compensates for its lesser speed to grant it an effective muzzle energy, and its 0.84” greater diameter enables it to inflict a wider wound channel.

The 300 Blackout is frequently available with 200 and 220 grain bullets. Such large projectiles convey a subsonic muzzle velocity that is accompanied by a quiet report. As such, a subsonic 300 Blackout load makes an ideal accompaniment to a suppressor, suiting it well for (A) tactical situations where ear protection would be impractical, and (B) hunting hogs without scattering the whole pack after the first shot.

The 300 Blackout’s recoil is not significantly different from the 5.56×45, and its price isn’t prohibitively higher. The chief difficulty in accurately firing 300 Blackout comes from learning to accommodate its pronounced bullet drop.