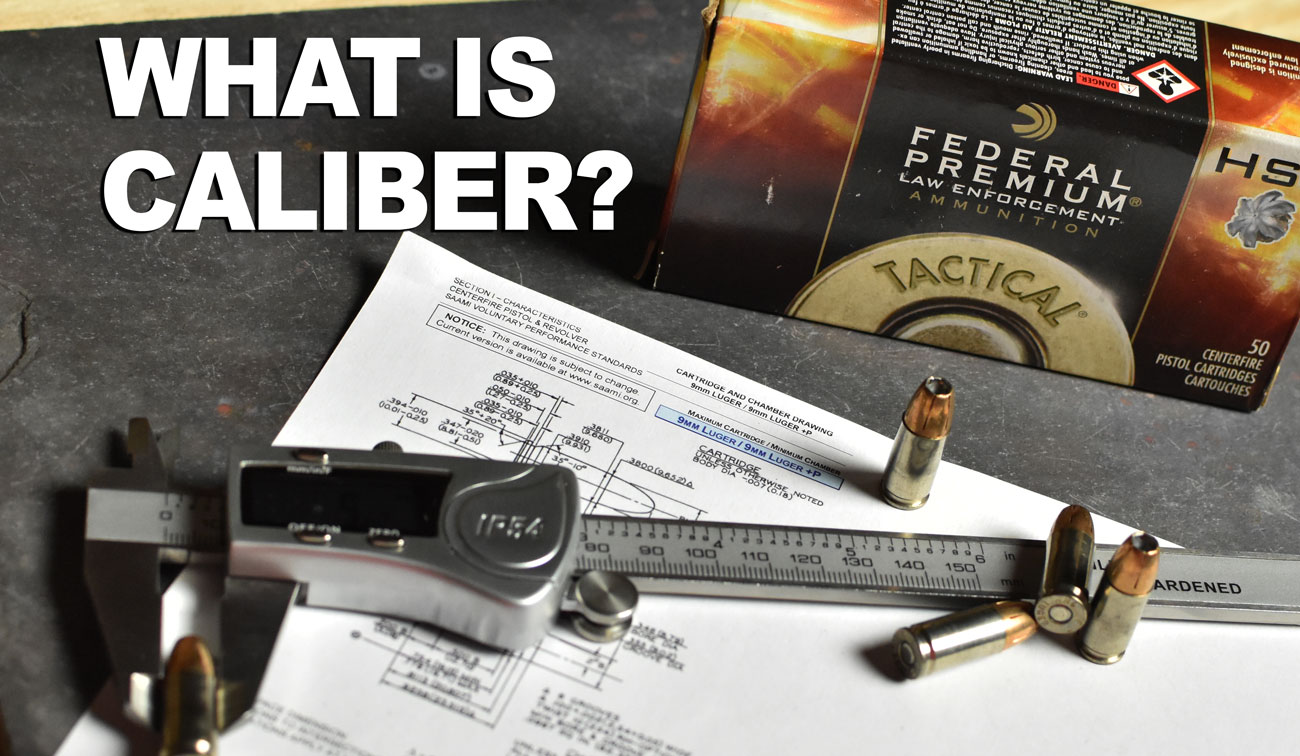 A guide for new shooters, this article answers one of the first questions we all have to answer – what is caliber and what does it mean?

However, not everyone properly uses the lingo. (After all, how many times have we heard a magazine called a clip?) For new shooters learning shooting fundamentals, the language of seasoned shooters can be confusing and intimidating. And the fact that gun people can be wary of anyone who doesn’t speak fluent firearm, doesn’t do a lot to help newcomers sort things out.

To compound the situation, the language of firearms has evolved with few solid rules. In many cases, the vocabulary seems to have a mind of its own, wandering in circles without an obvious pattern. This is particularly true when it comes to caliber. Throw in all the numbers, decimal points, and metric measurements and it’s enough to make a newbie’s head spin.

In the interest of education, we are going to explore the basics of cartridge caliber designations. While this article targets the fledgling shooter, there’s a good chance those with a little more experience will pick up something in here as well.

What is the Definition of “Caliber?”

For clarification, “bullet”  refers to the projectile fired by a round of ammunition. Although many uninformed media pundits will use the term bullet to refer to firearm ammunition, the “bullet” is only part of the package. The entire thing is a cartridge.

Caliber is expressed in either metric or Imperial measurements, depending on where the cartridge was developed (Usually inside the United States versus pretty much anywhere else in the world. As usual, the U.S. likes to do its own thing.)

For example, “.22 caliber” or “.45 caliber” are Imperial measurement designations. .22 and .45 is the diameter measured in inches. (When pronouncing these terms, you drop the decimal point. A .22 caliber firearm would be called a “twenty-two caliber,” or shortened to “twenty-two cal” or just “twenty-two.”)

Metric measurements are also common. For example, a 9mm handgun has a bore diameter of approximately nine millimeters. There is no decimal point and we drop the term “caliber.”

In other words, don’t wander into the local sporting goods store and ask for a 9mm caliber. That is technically incorrect. The strictest definition of caliber is diameter measurement in inches. However, gun people will still use caliber in a general sense to refer to diameter no matter the measurement used.

For example, you might ask the question, “What caliber handgun do you prefer?”

To answer, “9 millimeter” (or “9 mil” or even just “9”) is an acceptable answer. Most gun people understand you are referring to general diameter when you talk about caliber, so the answer isn’t limited to standard English measurements. No one expects you to refer to your Glock 17 as a .355. In fact, if you did, you would probably get more than a few weird looks.

If you are math junkie, caliber designations might actually give you a headache, because the numbers are rarely exact measurements. For example, .38 Special and .357 Magnum are both 38 caliber, but the diameter of the bullet is actually 357 thousandths of an inch.

And if you think that’s confusing, this next fact will blow your mind. A 9mm bullet is the same diameter as the bullet used in .380 ACP and .38 Special ammunition. Each of these cartridges fires a projectile approximately .355 inches in diameter.

The difference between each round lies in the powder charges and cartridge length, not the size of the projectile they fire.

What All Those Other Numbers Mean

Again, the rules aren’t set in stone and cartridge designations are usually set by the company that developed them.

In the case of the .30-30 Winchester (affectionately called “thirty thirty”), that extra 30 originally referred to the 30 grains of smokeless powder in the cartridge.

The -06 in .30-06 (pronounced “thirty aught six”) has nothing to do with the cartridge itself. Instead, this number refers to the year 1906, the year these rounds were officially adopted by the United States military.

The .308 Winchester is the only straightforward answer. .308 is the actual bullet diameter measured in inches.

Then there are cartridges with designations resembling complex math problems. 7.62×51 (also referred to as 7.62 NATO) also fires a .30 caliber projectile. To break down the structure of this cartridge designation, the first number refers to the diameter of the projectile. (In this case, 7.62 millimeters). The number following the “x” typically refers to the length of the cartridge, also measured in millimeters.

A Note About Shotguns

Caliber generally refers to handguns, rifles, and ammunition. Shotguns are a little different.

We generally measure the barrel diameter of a shotgun in gauges. Shotgun gauges are determined by taking a lead ball that fits snugly inside the gun’s bore. The number of lead balls this size that add up to one pound in weight is the gauge of the shotgun.

For example, it takes twelve lead balls the size of a 12 gauge shotgun bore to weigh a single pound.

The exception to this rule is the .410 shotgun. Although, the .410 is often referred to as a “.410 gauge,” the true gun nerd understands this terminology is incorrect. .410 is actually the diameter of the bore in inches. In truth, this small bore shotgun could be referred to as a 67 ½  gauge. When in doubt just call it a “four ten.”

Because caliber is typically measured in inches, understanding how inches compare to millimeters is a big help. This will also help you convert caliber to millimeters and vice versa. Consider this a basic firearms math lesson.

If you look at a standard grade school ruler, you can easily see that each centimeter is divided into ten equal segments. Each of these tiny hash marks measures one millimeter. If you compare the centimeter side of the ruler to the inches side, you can also observe that one inch is equal to 2.54 centimeters. (I didn’t actually observe this with my naked eye. I cheated and used my math super powers.)

To convert caliber to millimeters, multiply the measurement in inches by 25.4.

Conversely, to convert millimeters to inches, divide the diameter in millimeters by 25.4 to determine the bullet caliber.

For the mathematically challenged, you can just plug numbers into this handy online conversion calculator.

How to Determine the Caliber of a Gun

Check the Chamber or Barrel

The easiest and fastest way to determine a firearm’s caliber is to check the barrel or the chamber of the gun. Typically, you can see the caliber of the firearm stamped right there it. In older firearms, it can be difficult to read the imprinted text. If you can’t read the caliber stamp and don’t know the model of the firearm, then you may need to invest some more time and measure the caliber yourself.

How to Measure Caliber

In addition to using different units of measurement (millimeters versus inches), there are also different measuring methods.

The caliber of a rifled barrel is generally measured in one of two ways. (As always, there are some exceptions to these rules.)

Since we’ve talked about the .30-06 already, let’s look at it further. Like most cartridges born in the U.S.A., the .30-06 Springfield uses groove measurements to determine caliber. The bore of a .30-06 rifle is .30 inches when measured across the lands of the internal rifling. However, the actual diameter of the projectile in a .30-06 cartridge measures .308 inches. This is because the bullet must be larger than the distance between lands to form a proper seal in the barrel. To generate sufficient spin, the projectile must match the groove diameter rather than the land diameter.

While the difference is relatively minimal, even these small differences can seriously impact the way the bullet functions in your weapon’s barrel. The only surefire way to avoid the complications of improperly sized projectiles is to use ammunition designed for your specific firearm.

If you like to load your own ammo, be sure to use a respectable reloading manual. This way you can reload with confidence, knowing for certain you are using properly sized bullets to hand load a particular cartridge. 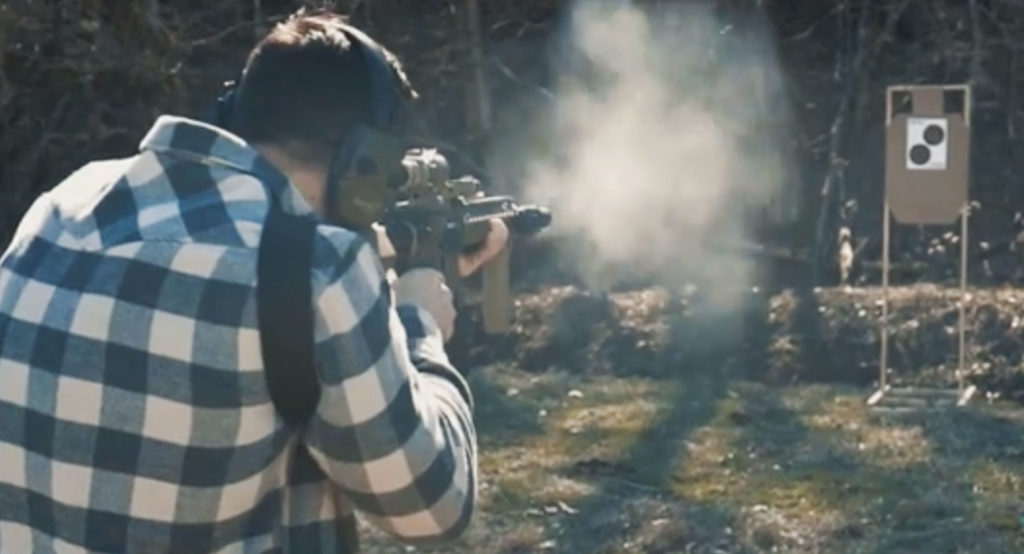 If you flip through any reloading manual you will see a seemingly endless listing of bullet diameters. Some of these differ in mere fragments of inches. For example, you’ll find projectiles that measure .257, .264, .277, and .284.

Gun people seem to like variety. Certain shooting applications require different types of projectiles. For instance, you aren’t going to hunt squirrels with a fifty caliber rifle. All you would see is a puff of fur. However, sometimes gun enthusiasts seem to want variety for variety’s sake. It is the spice of life, after all.

It’s easy to wonder if we need so much variety in bullet diameter. Of course as most gun people understand, “need” is a pretty strong word. I may not “need” all those bullets. But there is beauty in diversity, and surely someone out there “needs” the ones I don’t.