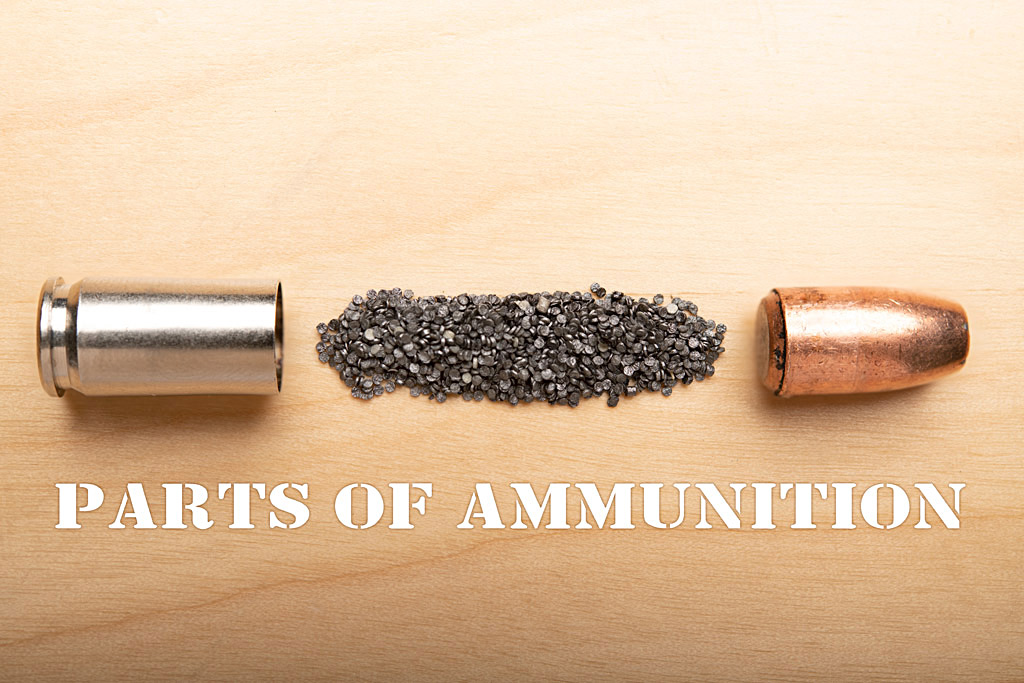 Let’s explore the basic parts of ammunition. In this article, we identify and explain the components that make up the ammo you fire through your pistol or rifle.

Sometimes, gun people can be a bit snooty. Don’t believe me? Walk into a gun store and call a magazine a “clip.” While most gun people know what you mean, mislabeling a magazine is the fastest way to turn a generally happy gun enthusiast into someone crusty and ill-tempered.

Speaking as a gun person, I understand how difficult it is to deal with the general misinformation floating around social media on a daily basis. Heck, even a big national media outlet like National Public Radio doesn’t know the difference between “bullets” and “ammo”.

When our hunting rifles are regularly mislabeled “weapons of war,” even the most even-tempered shooter can get defensive.

However, we aren’t doing ourselves any favors by withholding basic information from new shooters. People don’t enter the sport automatically knowing all the proper lingo and terminology. If seasoned shooters turn defensive when someone lacks basic understanding of firearms and ammunition, those new shooters will never learn. Instead of poking fun, maybe we should spend our energy educating the inexperienced and uninitiated.

So in the interest of education, let’s explore the basics of ammunition. In fact, we are going to break it down into the basic components and discuss exactly how a cartridge works.

What is an Ammo Cartridge?

If we get nitpicky with our terms (and many gun people do), ammunition can be anything. Whether you pitch a rock or hurl insults in an argument, you’re technically using ammunition. In the world of firearms, however, ammunition is what we use to load our weapons.

Some people mistakenly refer to ammunition as “bullets.” That is actually an improper term and sounds like fingernails on a chalkboard to the serious gun person. The proper term for firearms ammunition is “cartridge,” although “round” or “load” are also acceptable terms.

A cartridge is simply pre-assembled firearm ammunition. The “bullet” is only part of the package. (We’ll get to that in a moment.) In other words, you don’t load your hunting rifle or handgun with bullets, you load them with cartridges.

Unless you want to turn that otherwise happy guy behind the counter at the gun store into a grumpy curmudgeon, don’t wander in and ask for 9mm bullets. Instead, say you’re in the market for 9mm cartridges or ammo.

The Four Components of a Cartridge 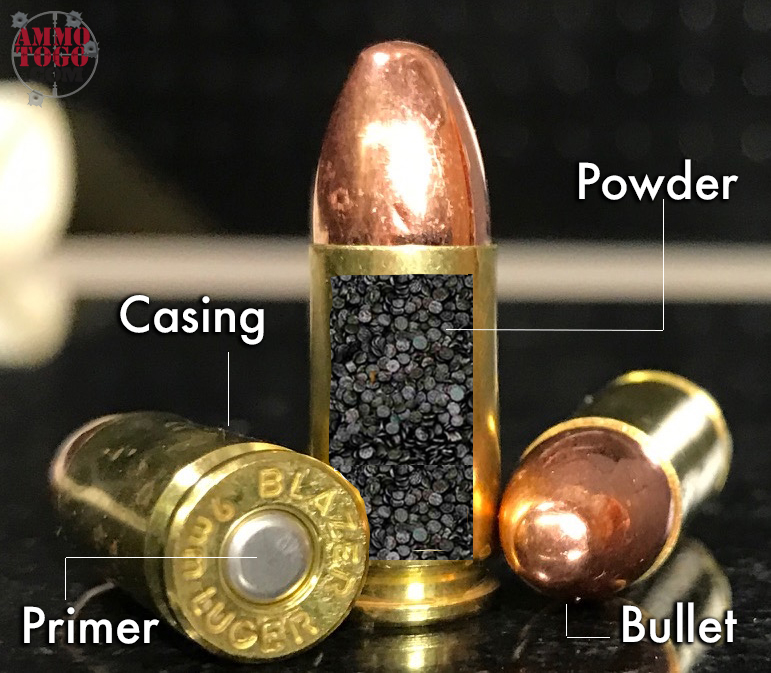 The basic parts of ammo when looking at a modern cartridge is fairly straightforward. Typically, each round includes four major components. They are the primer, case, powder, and bullet. 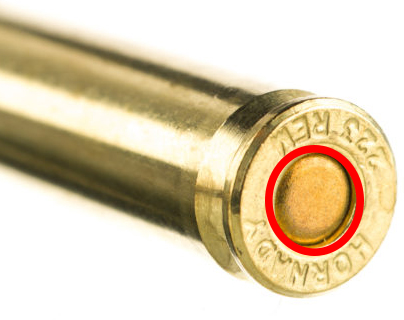 The primer is where all the fun starts. It’s what sets things in motion after you pull the trigger. The primer is a metal cup that holds a tiny amount of explosive.

When you squeeze the trigger, your gun’s firing pin strikes the primer cap. As a result, the explosive priming mixture is crushed, causing it to explode. Although it creates a very tiny explosion, it is enough to send a small flame through the flash hole and into the cartridge case. This tiny flame ignites the propellant or gunpowder.

The case is the part of the cartridge the gun’s extractor lifts or removes from the firing chamber. In action movies, it’s the brass you see flying around shooters in the heat of battle.

Think of the case as a container that holds all the components together. The primer sits in a small pocket, usually in the head of the case. The propellant is packed inside the case, and the bullet sits at the open end of the case.

Sometimes called “brass,” the case can actually be brass, steel, or aluminum for handguns and rifles. Shotgun shells are also a “case” and are typically made of plastic.

Sometimes called gunpowder (although serious gun nerds typically prefer the term “propellant”), propellant is usually a mixture of saltpeter, sulfur, and charcoal. This compound burns faster than rocket fuel and causes gas inside the cartridge to expand rapidly. Since this gas has nowhere else to go, it follows the path of least resistance and forces the bullet free from the case. This sends it speeding down the barrel and toward your intended target.

The bullet (or “projectile” for the gun nerds out there) does the serious work and generally gets all the glory. Unless you are firing at extremely close range, the bullet is the only part of the cartridge that will impact your target.

There is an almost infinite number of bullet designs. They’re all intended to do different kinds of work. For example, full metal jacket bullets are fairly cheap and used by civilians mostly  for training. They ball up when they hit a target.

Competition or match projectiles have a sleek aerodynamic design to cut through crosswinds and deliver pinpoint accuracy. On the other hand, projectiles designed for hunting or self-defense will expand upon impact, creating devastating tissue damage.

In addition to the different designs, bullets are made from a variety of materials. Some are entirely lead. Others may be lead surrounded by a copper jacket. Still others may be constructed of solid copper.

Now, the next time you’re at the range or the gun store, you can confidently know the basic parts of ammunition. You might even impress the gun guys. Just don’t be a gun snob. Instead, be friendly and share what you know with a new shooter.

What Are Bullets Made Of?