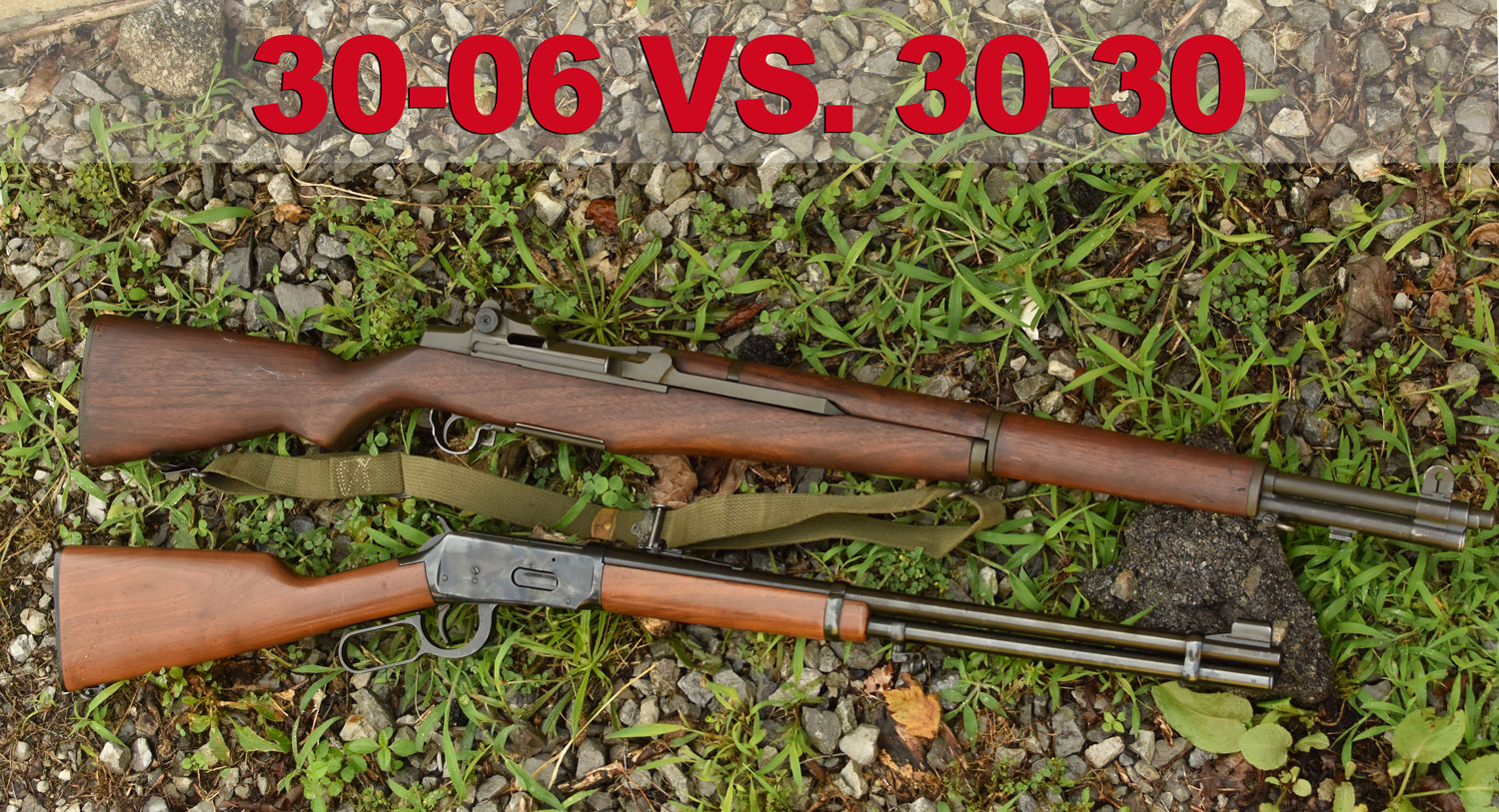 30-06 vs. 30-30, two tried-and-true rifle cartridges are commonly found in the field. Let’s examine these two calibers and see the pros and cons of each as well as why you might opt for one in your arsenal over the other.

If you are looking for a hunting or target-shooting cartridge, there are plenty of new options to choose from. The 6.5 Creedmoor (2007), the .307 Winchester (1982), and the 7mm-08 Remington (1980) are all relatively new additions to the deer-hunter’s arsenal. But sometimes, the classics reign. Two of those classics include the 30-30 Winchester and 30-06 Springfield calibers. 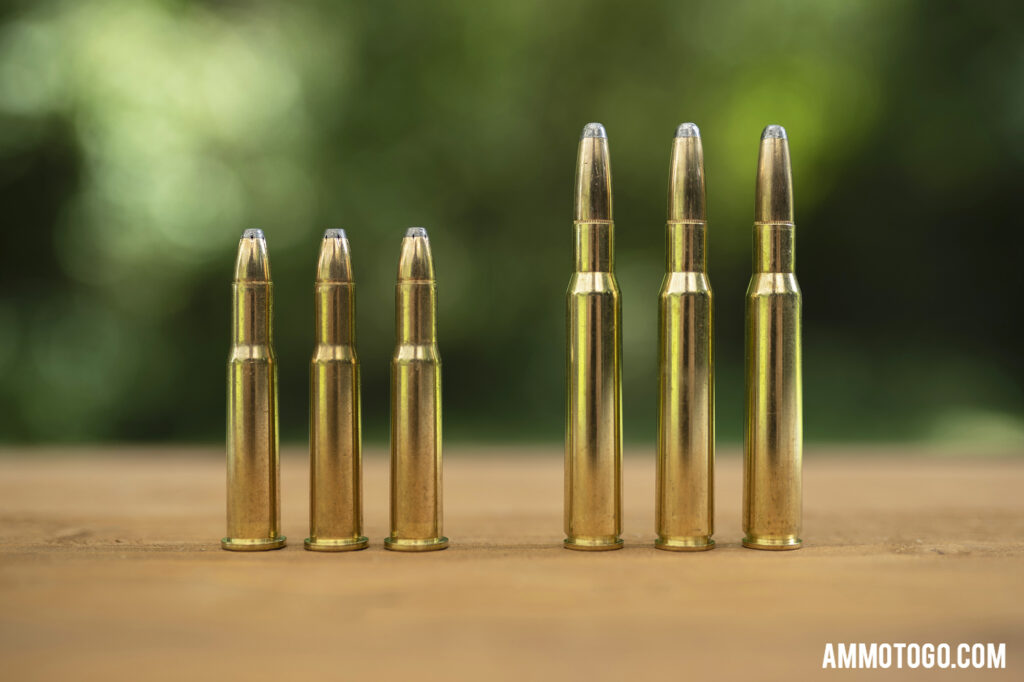 The .30-30 Winchester and the .30-06 Springfield are two cartridges that have remained relatively unchanged for over a century. Because of their excellent design and rugged versatility, both cartridges have found a massive calling in various circles, especially deer hunting. From generation to generation, these have been a go-to round for many gun owners.

But which one is right for you?

Getting to Know the .30-30 Winchester

The .30-30 Winchester is one of the great success stories in American firearms. Despite its release before the start of the 20th century, this hard-hitting yet smooth-shooting cartridge has maintained a loyal following, especially among deer and medium-game hunters. 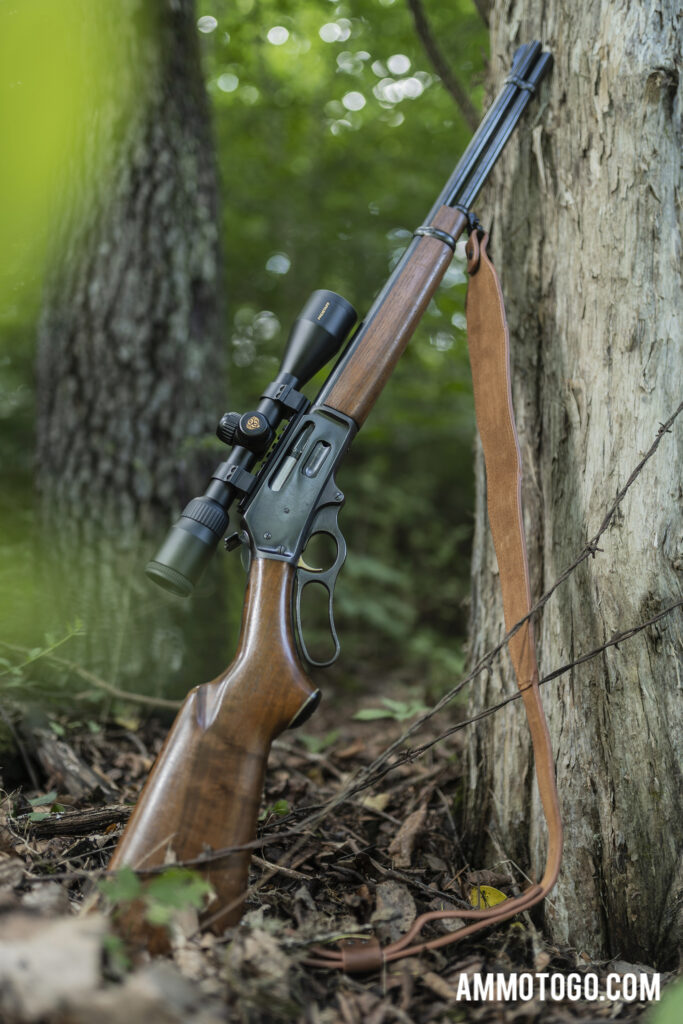 The famous “Thirty Thirty” was first created for use with the Winchester Model 1894 rifle. The Model 1894 is a lever-action gun that is useful for hunting and target shooting. Winchester designed and marketed it as a sporting cartridge. It was more powerful than much of the competition, yet it was lightweight, easy to handle, and remarkably reliable.  The caliber had almost no military or police-force use. It also came with a reasonable price, which certainly propelled its success among American gun owners.

The first versions of the .30-30 Winchester loaded 160-grain bullets. Today, the most popular are either 150-grain or the heavier 170-grain projectiles. However, you can find .30-30 cartridges in a wide variety of sizes, ranging from 110 grains to nearly 200 grains. 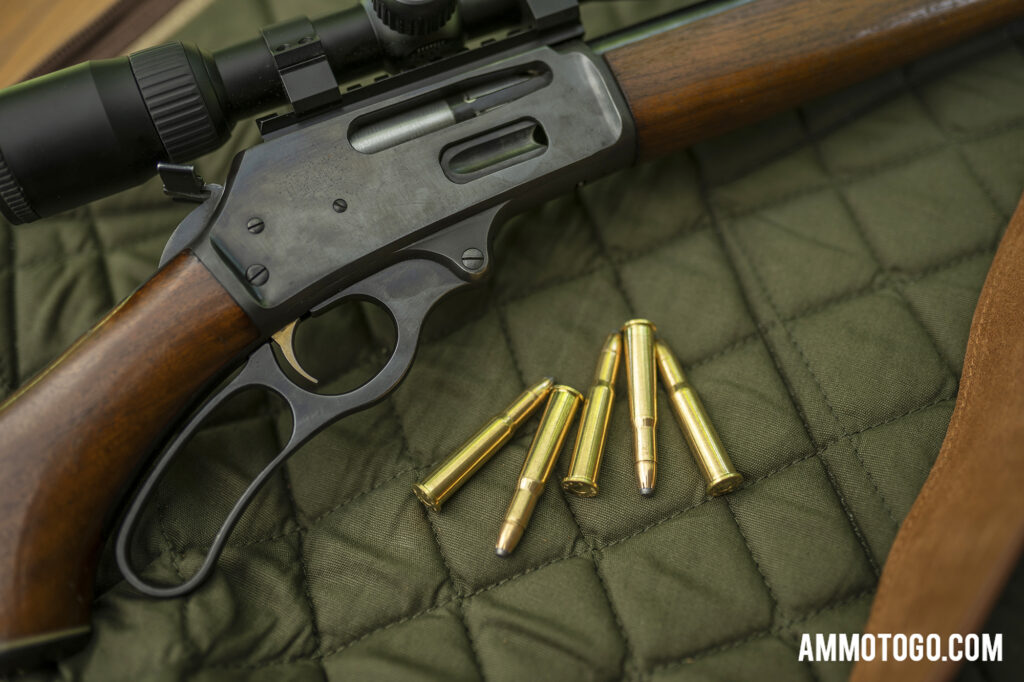 Getting to Know the .30-06 Springfield

Unlike .30-30 Winchester, which was designed specifically for sporting, the .30-06 Springfield has a strong military heritage. The U.S. Military and Springfield Armory first released and adopted the cartridge in 1906, hence the “06” in the name. 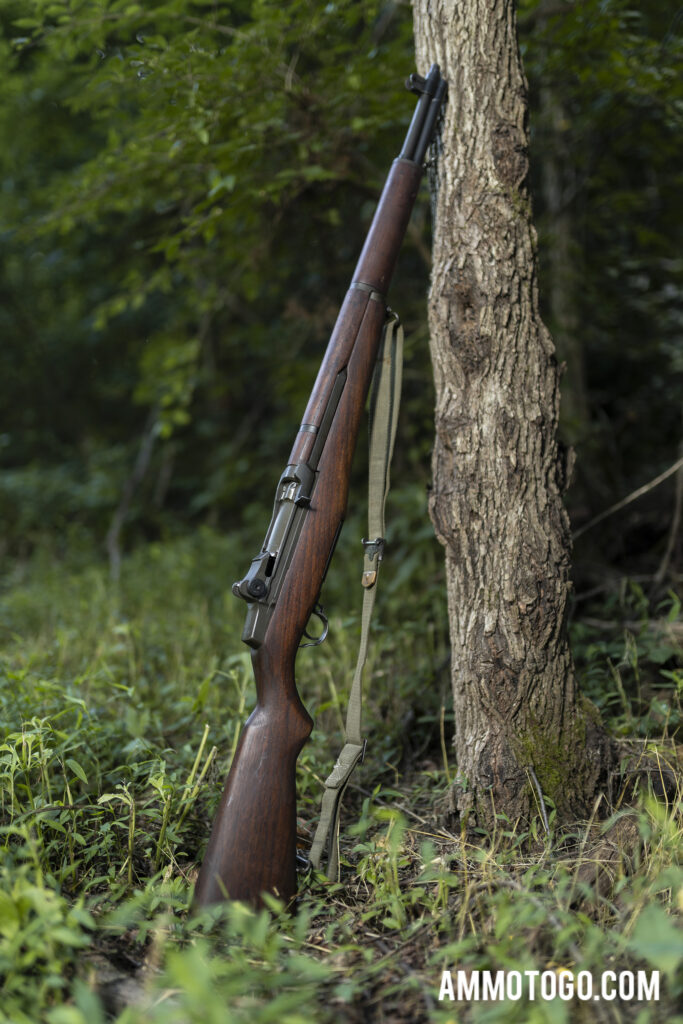 While the cartridge is larger and more powerful than many other options, it was actually built as a lighter, faster combat round, which was the trend at the time. The idea was to create a fast, accurate cartridge that could reach greater distances while delivering penetration into the enemy. The 30-06 was modified from the .30-03, with a slightly shorter neck and a 150-grain bullet.

Eventually, the military modified rifles to accommodate the new round. All of a sudden, .30-06 Springfield ammo became one of the most important cartridges in American history. GI’s used the cartridge in WWI, WWII, Korea, and Vietnam, among other conflicts.

The cartridge, while certainly not perfect, had exceptional capabilities for effective distance and reliability. It became a useful combat cartridge, serving as the primary U.S. military cartridge for nearly five decades. 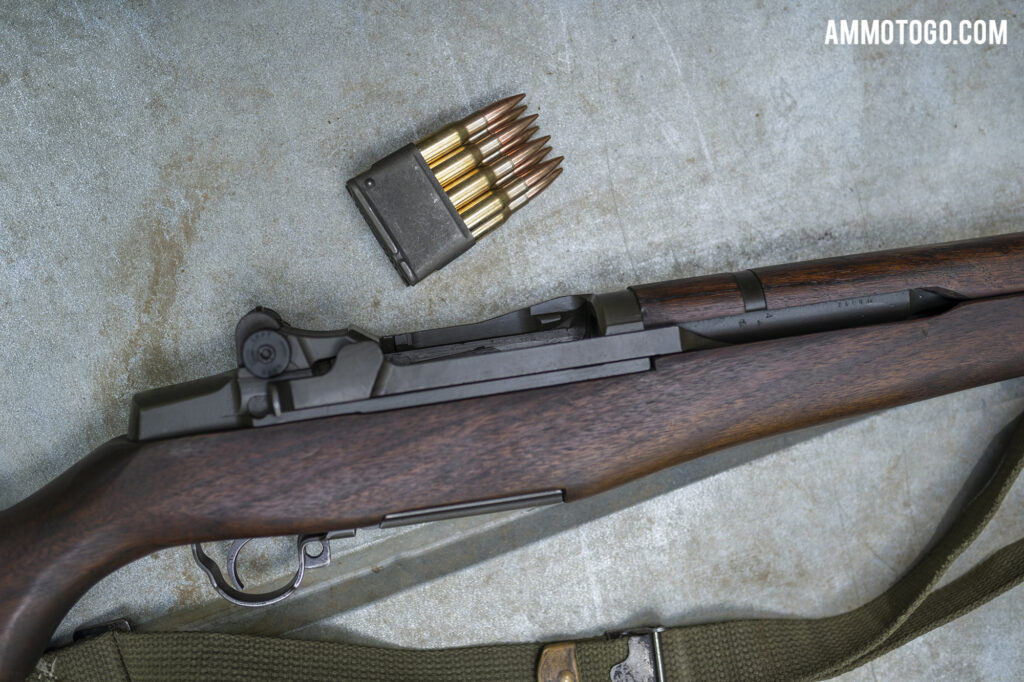 The same power, speed, and distance that made it a useful combat tool also made it a popular hunting round. Deer hunters loved it. 30-06 packs a wide range of bullet sizes, including rounds ranging from 110 to as high as 220 grains, although most are in the range of 150 to 180. 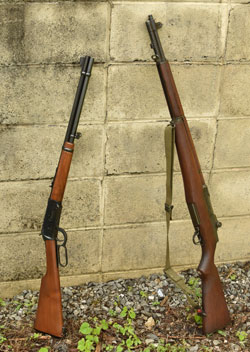 Price is always a tricky subject in ammunition. Some people are simply not concerned while others make it a top priority. For this debate, however, it seems to be more or less a draw, with a slight savings for 30-06 shooters.

These are not considered high-volume cartridges, so most us wouldn’t consider a nickel per shot a huge deal.

Speed is an important component for trajectory, wind resistance, and terminal ballistics. The faster the bullet, in general, the better it will perform. When it comes to velocity, the .30-06 Springfield is considered the faster round. There is some overlap in speeds, however. The .30-30 Winchester usually has a speed of roughly 2,200 to 2,700 feet per second, while the .30-06 Springfield logs speeds from about 2,500 to as nearly 3,000 feet per second.

As you might have guessed, with the same bullet size, the .30-06 has a stronger stat line for overall energy. 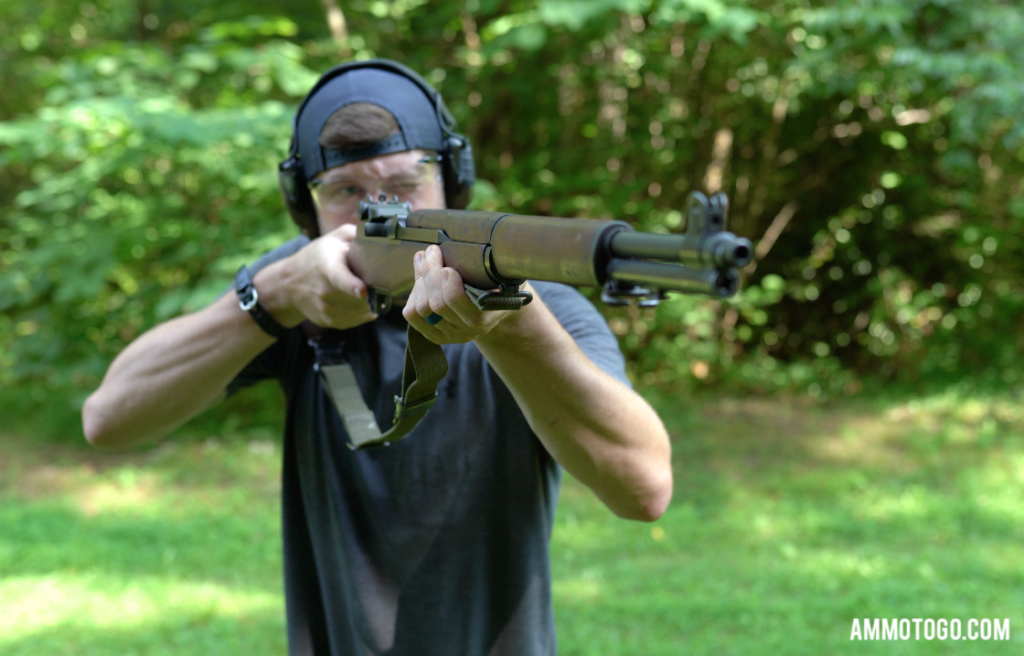 At 300, the Springfield drops 13 inches, while the Winchester drops almost 28.

The .30-30 Winchester has to win somewhere, and it does with recoil. This cartridge was designed specifically for light recoil. Because of that, it’s one of the favorite cartridges for deer hunters, especially in densely-forested areas such as the wooded regions of the northern midwest. This lighter recoil also makes it a good beginner cartridge.

If you need a far-reaching cartridge with as much power, speed, and accuracy as possible, the .30-06 Springfield is generally your best option. This cartridge has a well-earned reputation as one of the top hunting rounds in the country. So, just about any shooter will certainly be happy with it.

However, if you are new to hunting or target shooting, but want something with far more potential than a rimfire round, the classic .30-30 Winchester is a great option. And as an added bonus, you get to shoot a lever-action rifle. Lever actions might be one of the most fun types of rifles to shoot!