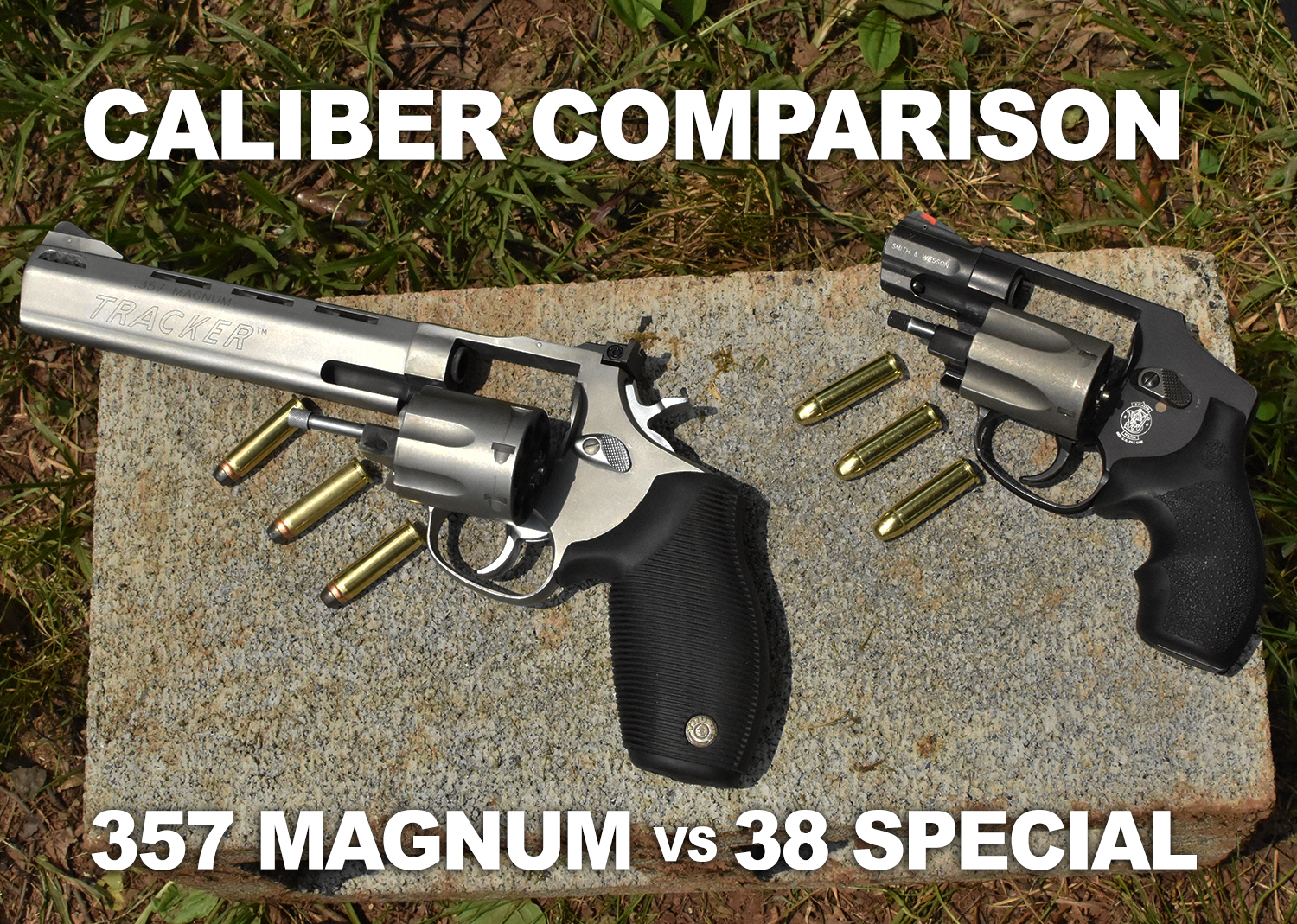 While their names imply a difference in diameter, .38 Special and .357 Magnum are exactly the same in width. It’s only when looking at their length that you’ll notice a difference.

Many handgun owners shoot one or both of these rounds, and while the cartridges have a common heritage, these bullets perform in strikingly different ways. If you own a .38-caliber pistol, you need to understand the differences between these two popular rounds…

The .38 Special was designed by Smith & Wesson (its official name is “.38 Smith & Wesson Special”) and released in 1898. It was developed as a more powerful version of the .38 Long, which the U.S. military used.

Firing the .38 Long in the Philippines, American soldiers were unable to deliver enough power to penetrate the defenses of Moro warriors, who carried strong wooden shields. In response, Smith & Wesson added more powder to the cartridge and created .38 Special ammunition, which meant a higher velocity. The added powder gave a 158-grain bullet an additional 100 to 150 feet per second of muzzle velocity.

The designation of “.38” does not come from the bullet diameter (which is .357 inches), but from the diameter of the brass case, which is .379 inches.

Thanks to increased speed and power, the .38 Special found its place among military sidearms. Police agencies used the cartridge for decades as well. It remained a popular part of American police arsenals well into the 1990’s.

Today, the .38 Special is a common cartridge for self defense and target shooting. It is typically loaded with bullets ranging from roughly 125 to 160 grains, although bullets of 100 grains are not unheard of. 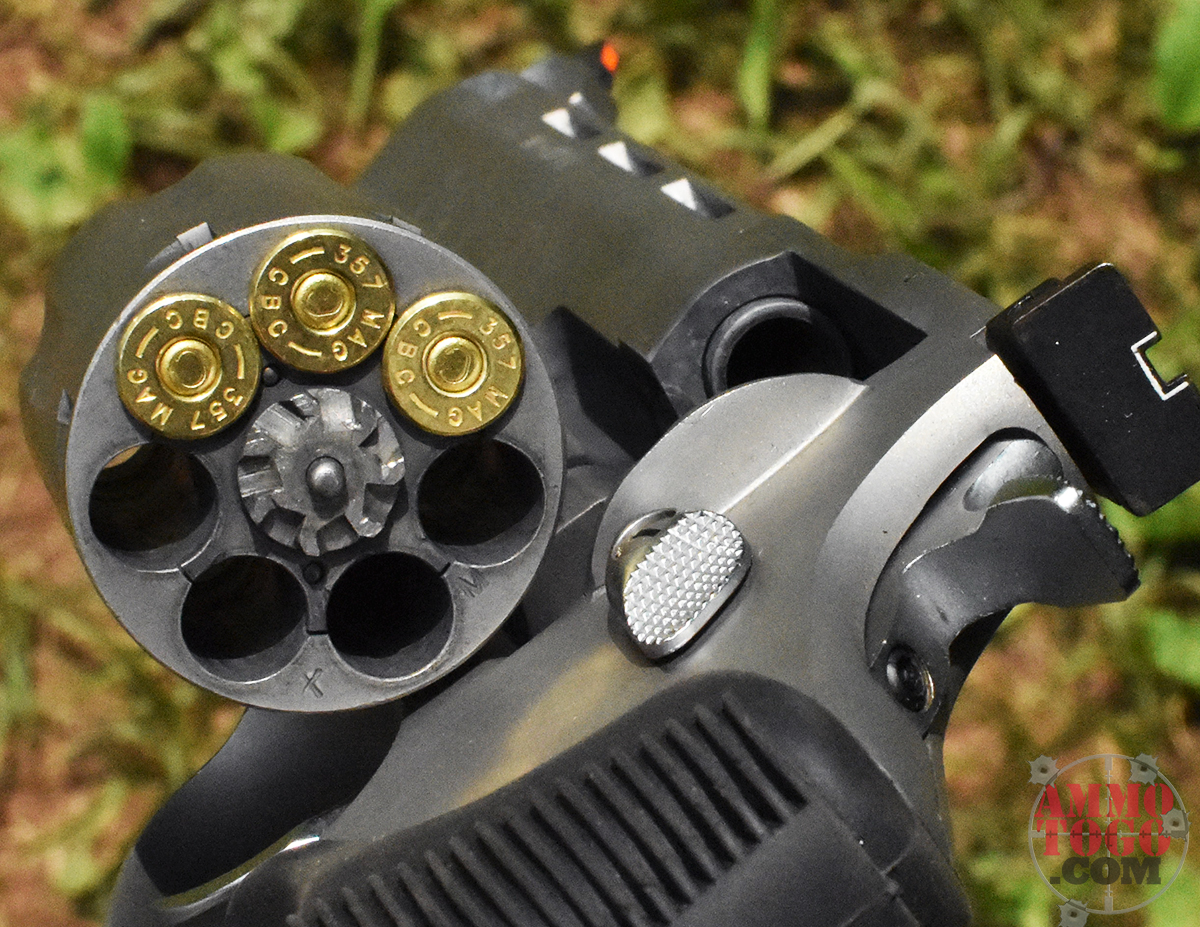 Based on the .38 Special, the .357 Magnum is a faster and more-powerful version of the cartridge. Created in the early 1930’s, the .357 Magnum was developed for many of the same reasons as the .38 Special: to penetrate an enemy’s defense. This time, however, it was prohibition-era gangsters, who wore ballistic vests and ducked behind cars, that needed to be defeated.

The goal was to essentially create a .38 Special that could travel over 1,000 feet per second. To give it more power, they elongated the case, allowing for more powder, and hence more power. If you look at the .38 Special and the .357 Magnum, the only clear difference is the length. The .38 Special case length is roughly 1.15 inches, while .357 Magnum is 1.29 inches.

Largely credited as the first “magnum” cartridge, the .357 Magnum is still seen as a top-notch hunting, law-enforcement, and self-defense round. It is generally loaded with larger bullets, ranging from 125 grains to as high as 180 or larger.

This is largely because the internal pressures created in .357 Magnum ammunition are not reached by the .38 Special. If a firearm is capable of withstanding the higher pressures, it can handle the lower. But you must check to make sure your .38-caliber handgun is built for higher-pressure. If not, you may only be able to shoot the .38 Special without harming your weapon. Also, the longer .357 Magnum does not fit into many revolvers created for the shorter .38 Special.

Let’s Look at How They Compare 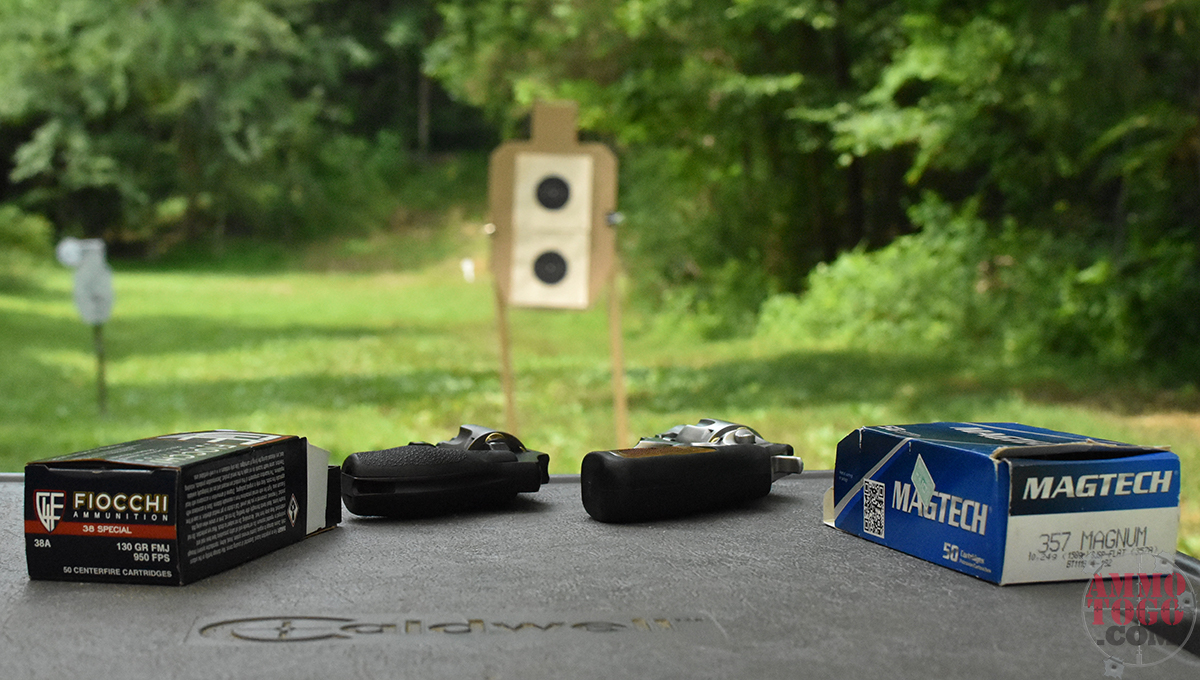 But in “apples-to-apples” comparisons, with the same bullet style and same purchase type, you will find .38 Specials to be the more affordable option.

As we discussed in our cartridge histories, the .357 Magnum was essentially created as a faster version of the .38 Special. But how much faster? It turns out, quite a bit.

If you look at the ballistics chart for Remington’s Target brand of ammunition, you’ll find numbers for many rounds, including 158-grain semi-wadcutters loaded into both .357 Magnum and .38 Special cartridges. The .38 Special does well, bringing a muzzle velocity of 755 feet per second. The .357 Magnum, however, comes blazing out of the barrel with a speed of 1,235 feet per second.

When comparing similar bullet sizes, you’ll see that the .357 Magnum, because of the enhanced speed, also has superior energy. Looking at the above statistic table from Remington, you’ll see the .357 Magnum wadcutter has a muzzle energy of 535 foot-pounds, while the .38 Special has an initial energy of 200 foot pounds.

Whether you use the cartridge for hunting, target-shooting, or personal protection, it’s essential that you understand the trajectory of your weapon and the cartridge you are firing. Because of the increased speed, the .357 Magnum generally has a straighter trajectory than the .38 Special.

The .38 Special remains a powerful and effective self-defense cartridge, but many people prefer the undebatable stopping power of the .357 Magnum. Don’t forget, however, that the .38 Special is certainly a capable round; after all, it was used to protect police officers and citizens through most of the 20th century.

If you hunt with a handgun, you will likely prefer the power and penetration of the .357 Magnum, but if you are interested in a day of target-shooting at the range, your wallet may be better served by the .38 Special.