Magazines vs. Clips – It’s a pet peeve of gun owners and two terms consistently mistakenly as the same thing. Let’s dissect the difference between clips and magazines and look at a potential root cause of the confusion.

There are a lot of terms when it comes to firearms and ammunition.

Propellant, barrel, bullet, and stock, for example, are terms that most people understand; terms that even people with little knowledge on the subject can keep straight.

But some are more confusing, or (at the very least) not as obvious. What is a carbine? Rifling? What is a wadcutter? These terms are not as obvious, and may cause some confusion, especially among people who are new to firearms, hunting, or personal defense.

Another term Americans frequently misunderstand is “clip.” People (especially politicians) wrongly use “clip” as a synonym for “magazine”. Sometimes, they will even combine the two items into some sort of “magazine clip” device that doesn’t exist.

The two tools are distinct and separate components of firearms. While they both play as role in loading a firearm and are similar, magazines and clips aren’t the same thing.

Understanding the two is crucial, especially if you will be using long-range rifles. (And perhaps even more important if you don’t want to face backlash from other shooters on your favorite internet gun forum!) 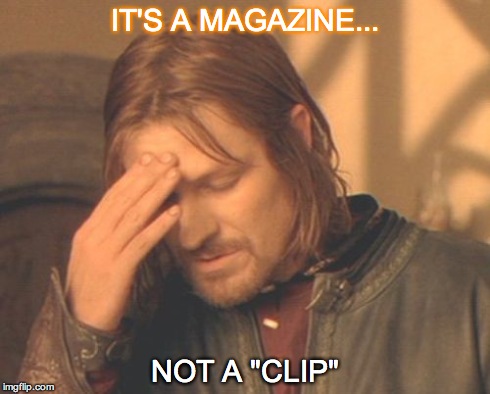 To be fair, if you tell your friend you will “place the clip into an AR-15,” your friend would know what you mean. But this would actually be a false statement, as you can’t load a clip, in the definitive and literal sense, into a AR-15.

You could, however, load a “magazine” into the rifle. And, beforehand, you might use a “clip” to load cartridges into said magazine.

To help alleviate the confusion, we’ll break down the differences between these two similar but vastly different items. Knowing the difference between the two will help you be a more proficient shooter, and will help you have a better understanding of firearms use. So, let’s dive into the magazine vs. clip issue:

What is a Magazine?

To help you understand the difference, we’ll start with magazines for firearms, which are more common than clips.

Magazines are essentially the firearm’s ammunition storage and feeding device. A magazine can be a removable component, which is generally called a “detachable magazine,” or it can be a fixed part of the firearm, which is called an “internal magazine.” Pictured above, you’ll see detachable magazines with a pair for pistols on the left and a “pmag” for a rifle on the right.

The magazine holds the cartridges, stores them, and feeds them into the chamber of the firearm.

An internal magazine is simply a magazine held inside the firearm. It serves all the same functions, including storing the ammunition and feeding it into the chamber, but instead of being removable (without disassembling the gun, of course), the internal magazine stays put.

Most shotguns hold a perfect example of internal magazines. These have a tube-shaped internal magazine that sits below the barrel. Depending on the action (pump or automatic), the ammo will be fed from the magazine into the shotgun’s chamber where it is ready to be discharged.

What is a Clip? 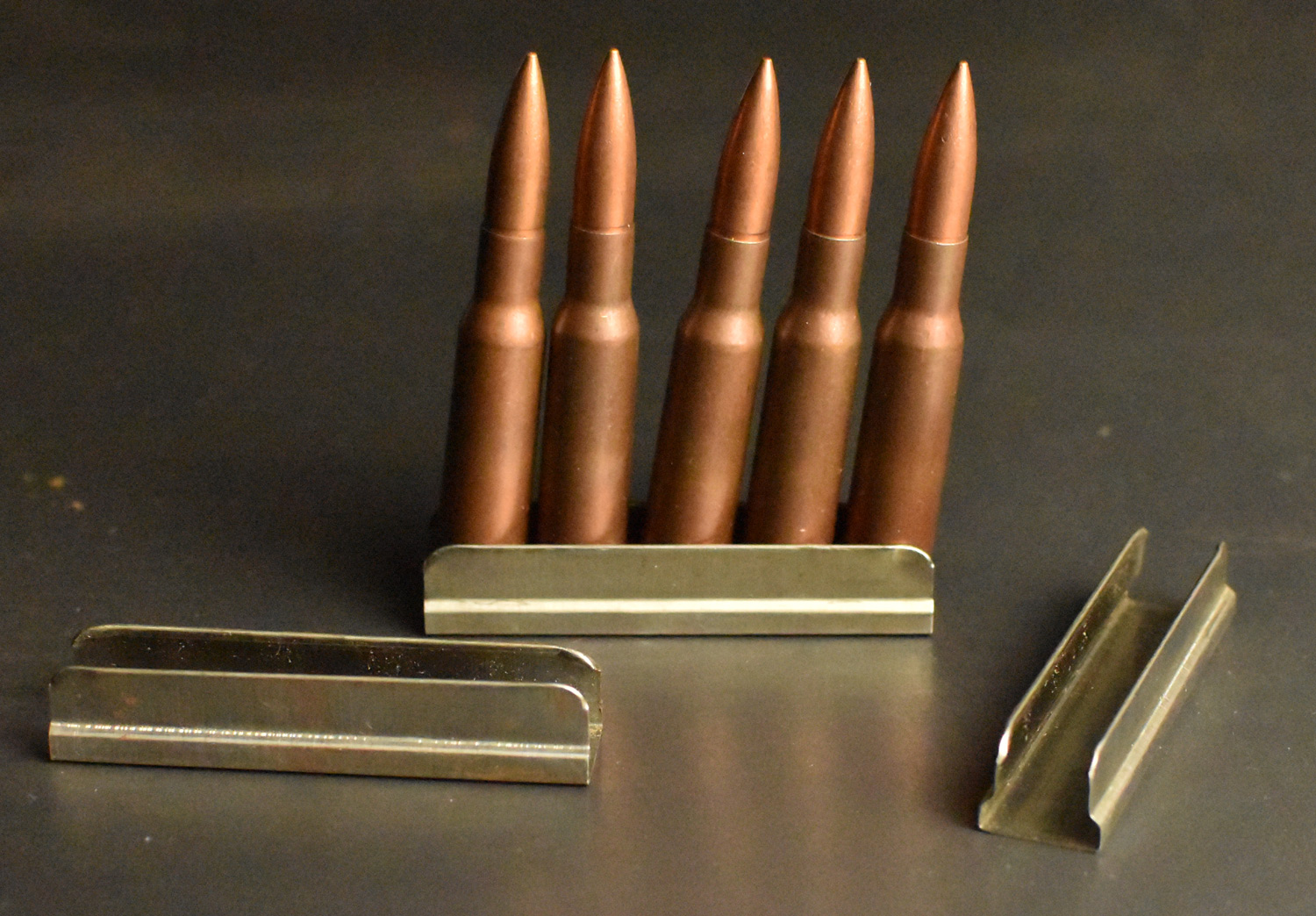 A clip is simply a storage device you use to load ammunition into the magazine of a firearm. So, what’s the point? A clip can dramatically speed up the reloading process. They were developed for military applications, where rate of fire is crucial. Today, recreational shooters often use clips for high-volume shooting. Like magazines, clips come in different types, but the two most common are stripper clips and en bloc clips. 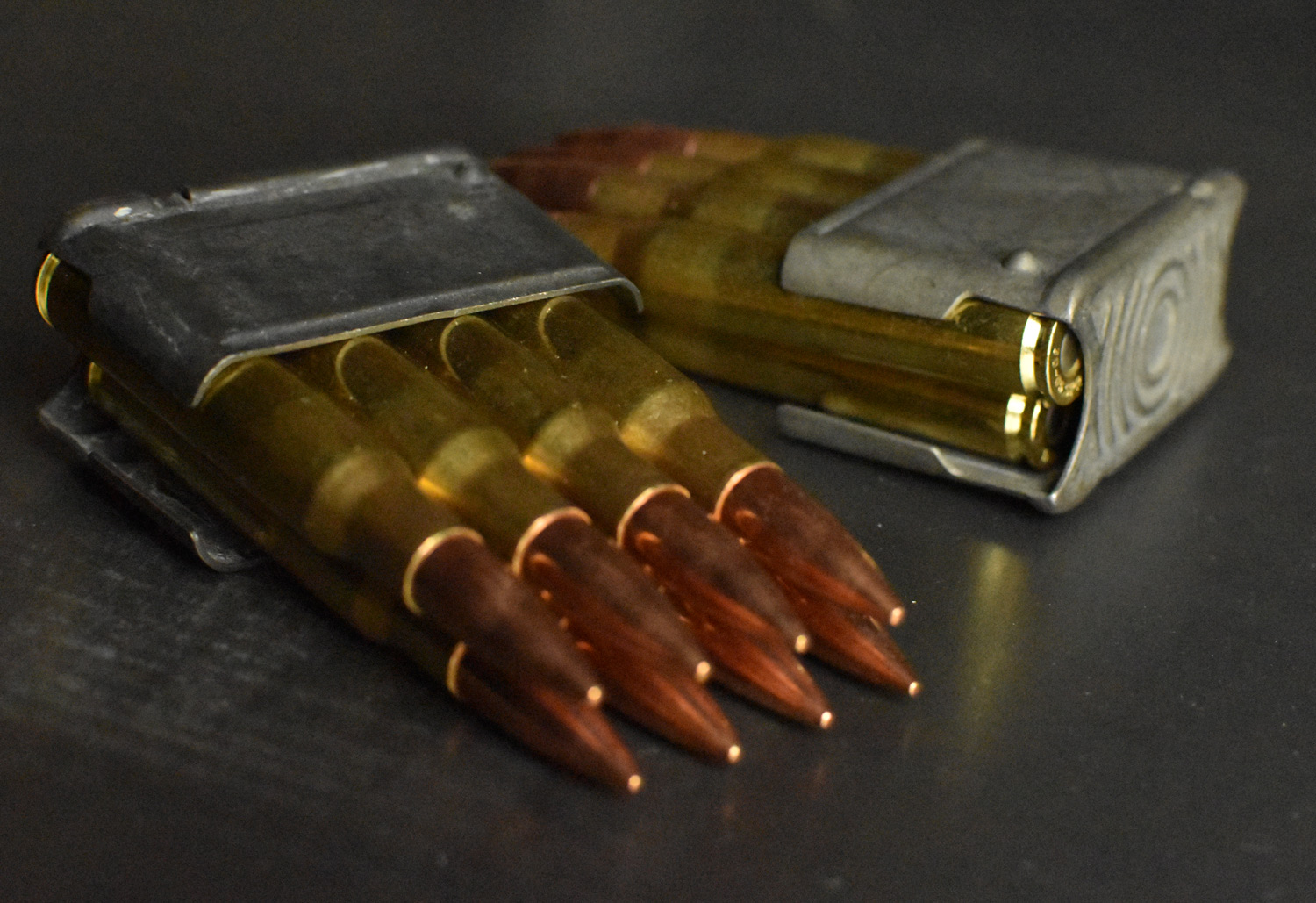 With this design, both the entire package of clip and cartridge is loaded into the firearm. The empty clip is usually ejected from the weapon after the final cartridge is cycled. With this type of system, the clip itself actually plays a role in the function of the weapon; if the clip is not loaded, the weapon will not function properly.

A stripper clip is essentially a tool that holds a row of cartridges. A clip allows you to quickly load ammo into a magazine when the magazine is either detached or in the weapon. 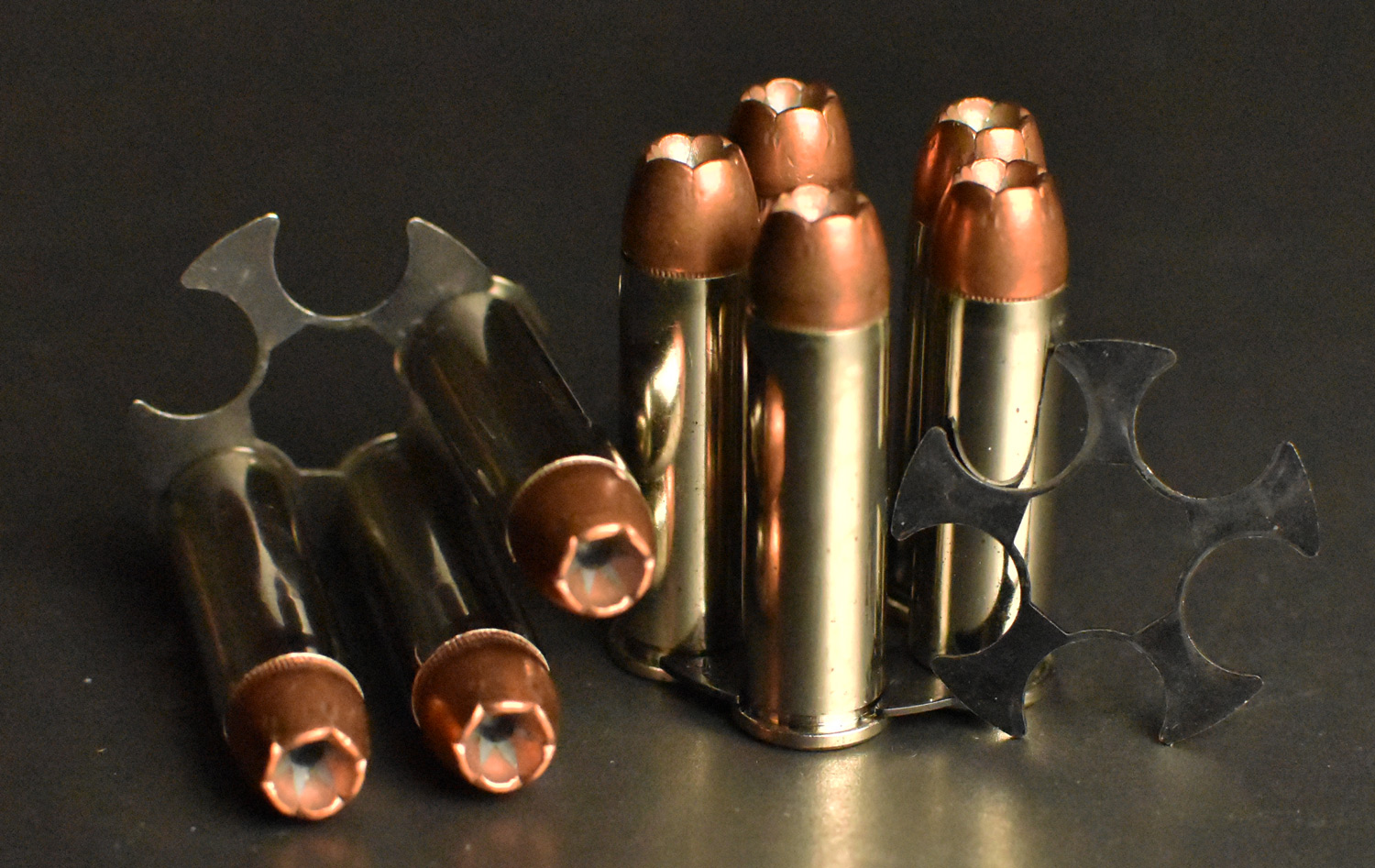 You may have noticed a small oversight with our assessment of magazines and clips: What about revolvers? The technical term for the ammunition-storage component in these weapons is actually a “wheel.”  But, if a “magazine” is, by definition, the ammunition storage and feeding component, you could reasonably argue that the wheel is a type of magazine.

However, the wheel doesn’t actually move the ammunition (like a detachable magazine uses springs to force the next round upward) but instead moves itself. Therefore, most people would not consider a revolver wheel a magazine, but a completely separate type of feeding device.

Revolvers can use clips however. There are both “moon” and “half moon” clips. Shooters load these clips to fill an entire cylinder full of ammunition at once. This allows you to load all six cartridges (or five, depending on the gun) at once, instead of slowly loading each round one-by-one.

The M1 Garand: Is this the Root of the Confusion?

While it hasn’t been proven, there is a theory that the clip-magazine confusion actually started with the M1 Garand. U.S. soldiers first heavily used the rifle in World War II. The M1 Garand uses clips to load rounds into an internal magazine.

When the war was over, veterans came back to the states calling anything that loaded rounds into a firearm a “clip.”  This misnomer stuck, and many people now call a magazine a clip and vice-versa.

Either way, it’s easy to see how magazine vs. clip can be confused. Now that you know the difference in magazine vs. clip, you’re more knowledgeable about firearms, which is an important part of ownership and use. Plus, you can help make sure the next generation of gun owners doesn’t have the same problem we have!