357 Magnum vs. 357 SIG: These two calibers sound similar and while the performance can be about the same, they have very different uses. 357 magnum is a classic revolver round, while the other is a modern semiautomatic cartridge. Understanding the differences can make you a better gun owner and user.

So, let’s explore 357 Sig vs. 357 Magnum and why you might choose one caliber over the other.

As one of the classic American cartridges, .357 Magnum is a common sight at gun ranges all across the country. Known for blistering speed and a strong kick, the .357 Magnum delivers power and penetration to a target. It’s a popular choice for personal defense as well as hobby shooting.

Released in 1935, this revolver round was created for prohibition-era law enforcement who needed a stronger and faster bullet, one that could reach bad guys taking cover behind car doors. The new round was developed from the existing .38 Special but used a different powder load and extended the case length to allow for more propellant. The result was a cartridge that was more powerful, reaching above 1,400 feet per second while the .38 Special peaked at about 1,000. 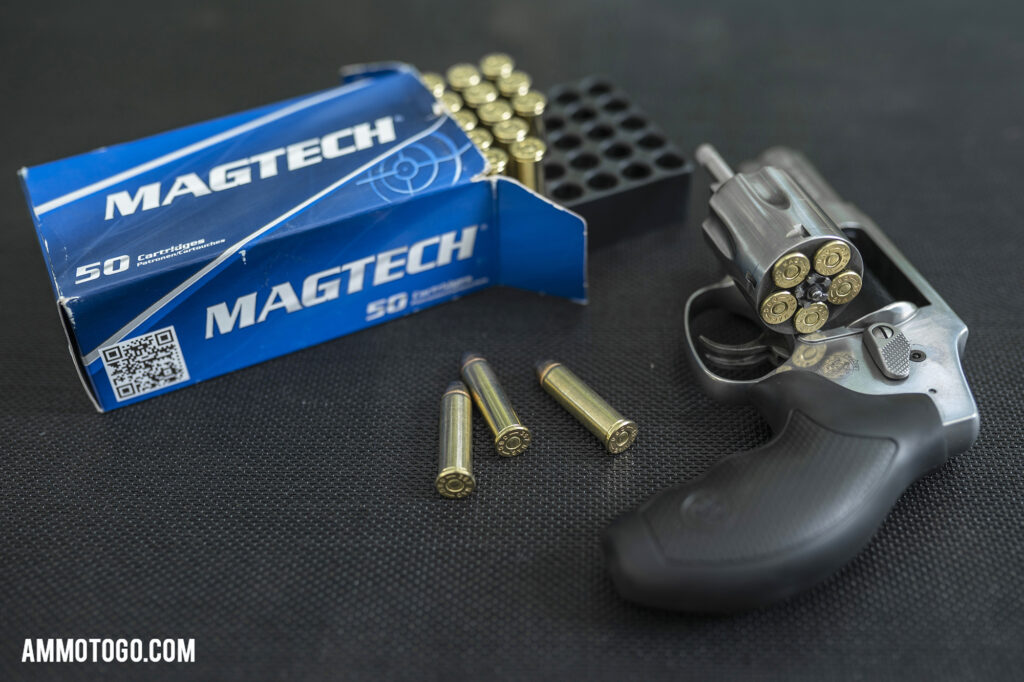 The .357 Magnum found almost immediate popularity among both law enforcement and private citizens. It is regarded as an excellent round for hunting, self defense, and is enjoyed by target shooters all across the country.

Unlike smartphones and tablets, we consider a cartridge released in 1994 “new”. After all, cartridges that are over a century old are still popular today, which makes .357 SIG a relative new comer to the market. This cartridge has become one of the more popular rounds in the industry. It has even found use in hunting, self defense, and law enforcement.

Created by SIG  Sauer, 357 Sig ammo is basically a necked-down .40 S&W round that loads a .355-inch-diameter bullet. It looks similar to a .30 Luger, but larger in overall size.

The .357 SIG is not as common among private gun owners as the Magnum, but it has become a popular choice for law enforcement, with implementation across numerous states and even some federal organizations.

Pricing will be affected by how and where you purchase ammunition, but you will generally find that .357 Magnum and .357 SIG cartridges are priced very similarly. When this article was written, the lowest per-round cost for a .357 Magnum was $.24, while the .357 SIG was $.37. At the highest, both the .357 Magnum and SIG was $1.90 per round.

While there is certainly lots of overlap in pricing, it appears the .357 SIG comes with a slightly lower price tag.

*Note: Prices cited above are from May 30th, 2019 and are subject to change.  Please visit ammotogo.com for current pricing.

Once again, we see a lot of overlap in velocity for these two cartridges. Various products will bring different numbers for speed, but it appears the overall range of speed is higher for the .357 SIG than the .357 Magnum. Both, however, can deliver blazing velocities.

The .357 Magnum has velocities that usually range from about 1,200 ft/s to 1,500 ft/s. However, the SIG regularly notches velocities over 1,600 and higher. It might sound like heresy to some gun owners, but the .357 SIG is at least equal to the .357 Magnum for velocity.

When looking at the ammo mentioned above, we see this played out:

Because these two cartridges can launch more or less the same size of bullets, and because the velocity of these bullets overlaps significantly, it appears that energy remains a draw as well, as long as the bullets remain within a similar size.

Although trajectory, or the amount of drop, in a handgun cartridge is not as important as a rifle cartridge, it still matters, especially if you are using the round for hunting or target shooting at distances of 50 yards or more.

The .357 Magnum is considered one of the more powerful and hard-hitting cartridges currently available. As such, it has a reputation for high recoil that makes it a difficult to handle for smaller, weaker, or inexperienced shooters. The .357 SIG still packs a kick, but most users will find that it has a lighter recoil than the .357 Magnum, especially on rounds loaded with larger bullets.

Although the .357 SIG has many available options, from target-shooting rounds to personal-defense loads, the .357 Magnum is available in a broader range of options. Just looking at our current selection of products, we find 63 different .357 Magnum choices, ranging from 100 to 180 grain. The .357 SIG, however, only has 22 available products, ranging from 92 to 147 grains. We see this repeated on manufacturer’s websites, as they often have twice to four-times as many .357 Magnum options. This will be found on store shelves as well, so if you are looking for available rounds in a variety of options, the .357 Magnum may be ideal.

The .357 Magnum and .357 SIG are highly similar in performance and price, so the biggest difference seems to be personal choice for handguns. If you prefer revolvers, then the .357 Magnum is likely your best option, but if semiautomatics are your choice, you will likely opt for the .357 SIG.