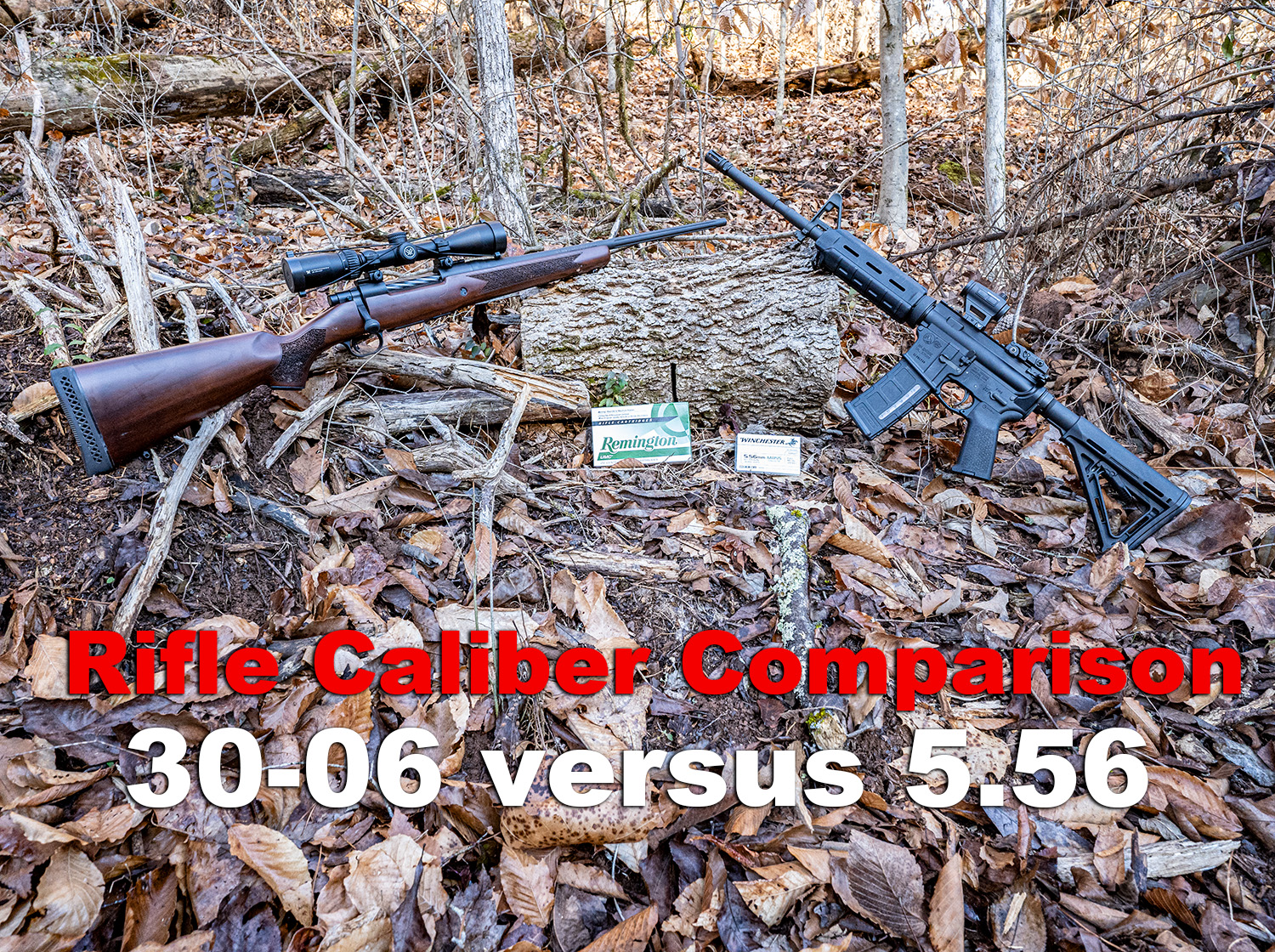 If you are looking for a versatile hunting and target-shooting cartridge, the .30-06 Springfield and 5.56x45mm NATO are two excellent choices. But they are very different; the one you select will depend on your overall goals for the cartridge.

This size difference is most manifest in the bullet weight. 5.56x45mm NATO ammo has a standard bullet weight of 55 grains; there is little deviation from this weight, although there are products as large as 65 grains and some approaching 70 grains. The .30-06 Springfield, however, carries much larger bullets, starting at about 140 grains and ranging all the way up to 220 grains.

While 30-06 ammunition is far from the most expensive cartridge available, the 5.56x45mm is one of the most affordable rifle rounds you can find, especially in the centerfire category.

There are many factors that play into the 5.56’s lower cost. For one, it’s simply smaller, and therefore requires less material to manufacture. But market factors play a role as well. The 5.56 is readily available, often in surplus and military overstock packages. This allows users to find discounted bulk packages, significantly reducing the price.

If you prefer one type of rifle over another, the cartridge choice may have already been made. The .30-06 Springfield is usually loaded into bolt-action rifles, while the 5.56x45mm NATO is typically found in AR-style semiautomatic rifles.

While it may not be the most important factor, velocity has a direct result on many different aspects of shooting and gun performance. Velocity will change how your bullet travels through the air, as well as how it performs at the target.

In general, 5.56x45mm NATO has a slight edge in velocity, as least for muzzle velocity. In all three comparisons, we see faster muzzle velocities, advantages that are usually about 200 feet-per-second (fps) faster.

When it comes to energy, this competition isn’t even close. The .30-06 has a clear advantage in overall energy, far outpacing the 5.56x45mm. This goes for muzzle, short-range, and long-range energy, giving the .30-06 Springfield a clear victory.

In all three comparisons, both downrange and at the muzzle, the .30-06 has more power, which is not surprising if you understand basic physics. The .30-06 simply has a heavier bullet traveling at nearly the same speed as the 5.56x45mm’s, which is about a third of the weight. This results in a stronger impact at the target. 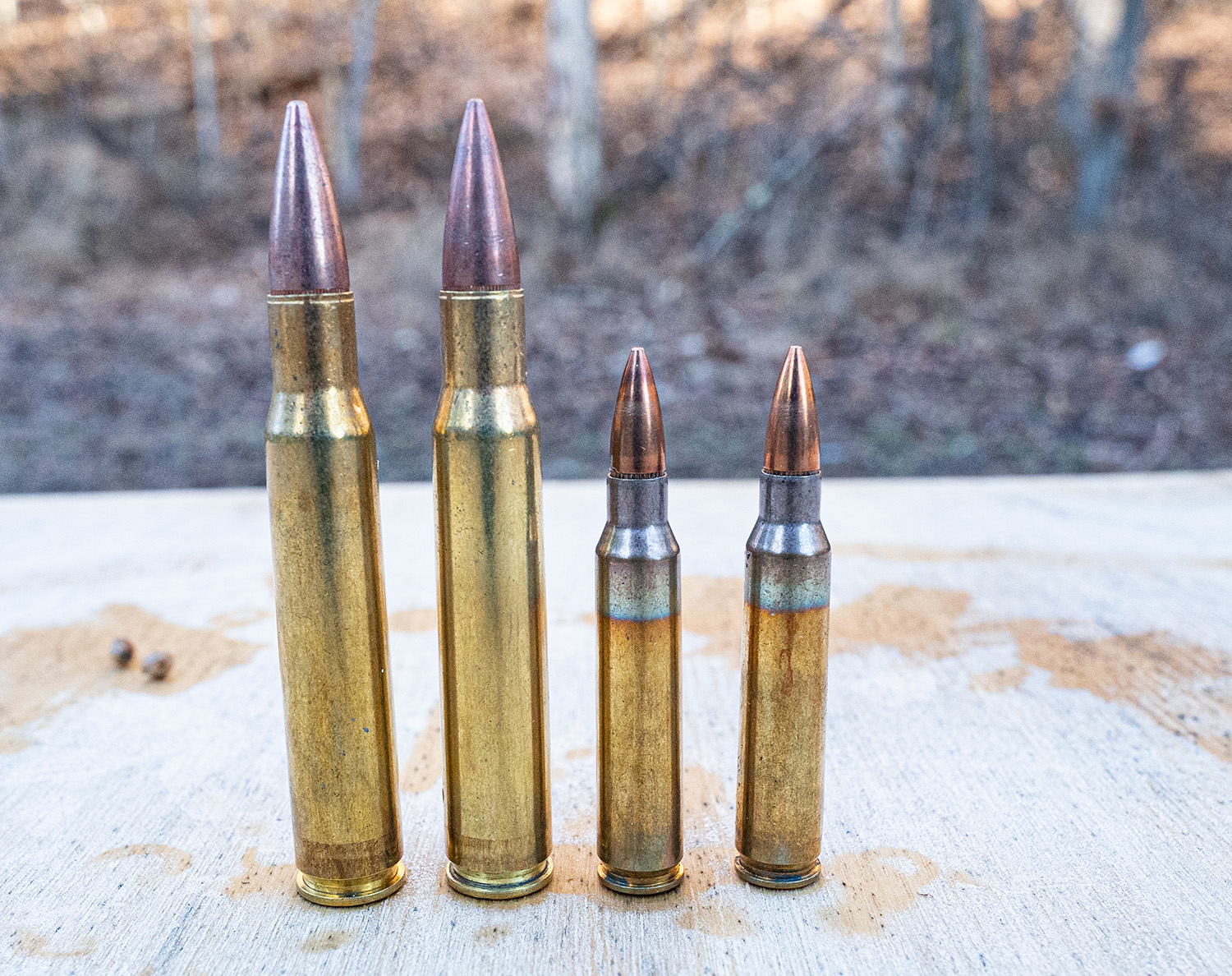 For rifle shooting at any distance, it helps to have as straight a trajectory as possible. An experienced shooter can certainly compensate for an arching trajectory, but most would agree: the straighter, the better.

Comparing trajectory can be tough, as manufacturers rarely release consistent information. But it seems there is little difference between the two. 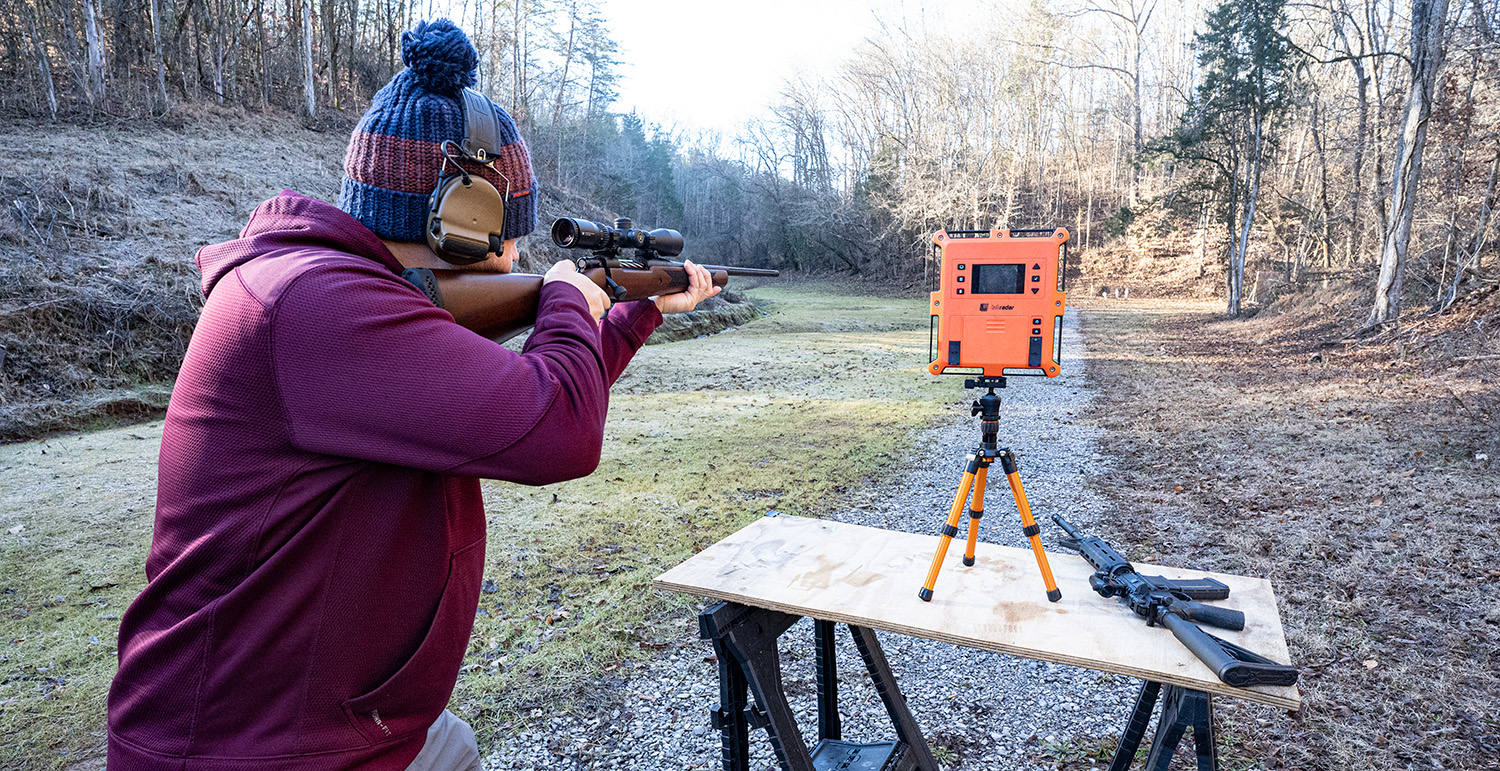 The recoil you feel in your shoulder has (almost) as much to do with rifle design and shooting stance as it does with the cartridge being used. That said, the .30-06 Springfield will have more recoil than the 5.56x45mm, which is considered one of the smoothest rifle cartridges available.

If you are just learning to shoot, or want a round that is easy on your shoulder over an afternoon at the range, the 5.56x45mm NATO is a better option.

The “right” cartridge depends on your specific needs. Which cartridge you select will depend on how you expect to use the ammo.

When to Select the .30-06 Springfield

If you plan on hunting larger game like elk, or whitetail and other medium-sized game at a distance, the .30-06 Springfield is likely your better option. This is because of the energy that it delivers to the target. Energy may be an imperfect indicator for bullet performance, but it can provide a starting point.

As we saw, the .30-06 can deliver energies over 2,000 ft-lbs at 200 yards, making it a capable and reliable hunting tool at that range. The 5.56x45mm is probably best for medium to smaller game or hunting within closer ranges.

If you want affordability, ease of shooting, and high-volume target shooting, the 5.56 is your better option. It’s easier on the shoulder and easier on the wallet, making it, along with its civilian sibling the .223 Remington, a common sight at American gun ranges.

Regardless of which cartridge you select, you can find affordable rounds at ammotogo.com. Visit our store to find the right cartridges at a price that fits your budget!