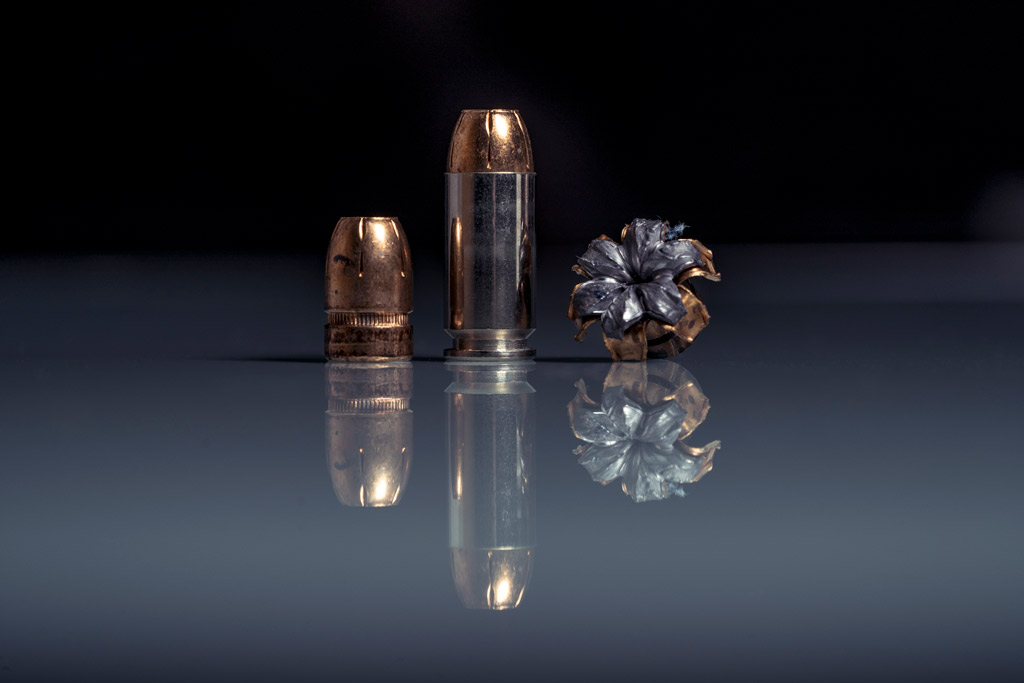 We dive into exhaustive test results to give you an idea of what you might consider the best 40 S&W ammo for self-defense.

In 1986, a tragic Miami shootout between eight out-gunned FBI agents and a pair of bank-robbers led to the death of two agents. The aftermath impacted not only the type of firearms and response methods used by law enforcement, but led to the development of a more powerful and effective round: the .40 Smith & Wesson.

.40 S&W ammunition, has become one of the most popular rounds for target-shooting, hunting, and personal defense. Made specifically for semi-automatic handguns, the round is fast, powerful, and more effective in the field, giving law enforcement a greater chance at protecting themselves and citizens. If you use the 40 cal pistol for personal protection, you need to find the best 40 S&W ammo for self-defense to carry with you.

Performance Standards from the FBI: Our Guide for the “Best”

There are many opinions about what stats should be the primary concern for self-defense ammunition. Is velocity or muzzle energy more important? Is shot mushrooming the primary concern or should gun owners be focused on shot penetration? For issues such as these, it’s best to look at authoritative sources, such as the FBI, which extends a lot of effort researching and developing the most effective firearms. According to their standards, penetration for a self-defense round should be between 12 and 18 inches. Anything below 12 inches will not provide enough stopping power, while anything over 18 inches gives the chance for over-penetration. (More on over-penetration below.)

Methodology: How To Determine the Best 40 S&W Ammo for Self-Defense

To create this list, we looked at ballistic-gel results recorded as part of our massive self-defense ammo testing project. Using numbers from this testing as our guide, we were able to determine the best rounds for penetration, expansion (shot diameter), and velocity. We then considered all three in conjunction to give you our recommendation for the best 40 S&W ammunition for self-defense or concealed carry.

Of all the statistics you can research on self-defense ammunition, few are as important as penetration. When a shot has deep penetration, it will be able to reach vital organs and create enough rapid blood loss to stop a threat as quickly as possible. The FBI’s standards require that a bullet be capable of penetrating at least 12 inches in ballistic gel testing; anything less and the bullet will not have the reliable penetration required to stop a threat. However, over-penetration remains an issue as well.

Shot diameter is another crucial factor in ammunition for personal protection. When it comes to shot diameter, the larger the better, as bigger expansion will create a larger wound channel and give the bullet a greater chance at stopping the threat. Shot diameter is driven by the speed and energy of the bullet; the faster a bullet is traveling, the more it will expand, generally speaking. However, bullet design and energy can also create faster or larger expansions.

When an expanding round strikes the target, it mushrooms into a larger diameter, doing greater damage to the target. How much should a bullet expand? There are no official standards, but the firearms community in general holds that a bullet should expand 1.5-times its original diameter or larger. For a .40 S&W cartridge, which hold a 0.4-inch-diameter bullet, the expansion should be at least 0.6 inches. (0.4 x 1.5 = 0.6) Unlike penetration, there is no maximum number for shot diameter.

Finally, velocity is an important part of the list. Velocity can impact how a bullet performs at the target, but can also have an effect on the overall accuracy of the bullet. Terminal ballistics are dependent on high-quality velocity, which is why the .40 S&W, which is one of the faster handgun cartridges, remains so popular. In general, the faster a bullet is traveling, the more penetration you will have from your personal defense ammunition. A faster bullet will also have more energy and drive faster expansion, giving you greater stopping power when you need it most. Once again, we looked at the fastest rounds but eliminated those outside of the FBI’s penetration standards. The fastest velocity for .40 S&W rounds within the FBI’s penetration range:

If you have to choose one load as the best 40 S&W ammo for self-defense, we would recommend the largest-expanding round that is within the FBI’s penetration range.

According to the testing, this would make the Winchester Ranger Talon with 180-grain hollow points the best choice. This had the best shot diameter (0.74 inches) for all rounds in the desired penetration range, and was in the top five in the other two categories. (16.46 inches penetration, 1,118 feet per second) However, any .40 S&W round with over 0.6 inches of expansion and 12 to 18 inches of penetration will provide a reliable load for your personal-protection handgun. This means that there are may .40 S&W rounds that will work for concealed carry and home defense.

What is a Wadcutter?