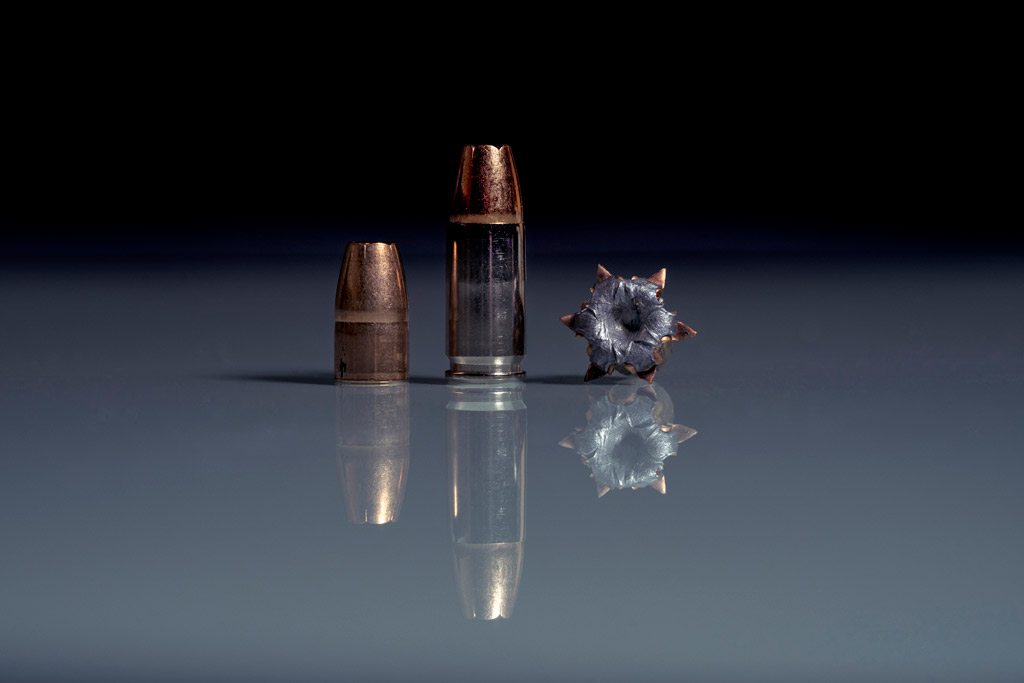 We examine the results of our massive gel testing project to help you determine the best 9mm ammo for self-defense for your needs. Read on to examine the factors that matter when choosing a self-defense load and what you might be wise to carry yourself.

9mm ammunition is one of the most commonly-used calibers in the world. It’s powerful, effective, and manageable, which makes it good for home defense, law enforcement, and sport shooting. Due to its relatively-small size, it is also an excellent option for concealed-carry handguns. Pair that with outstanding designs from manufacturers Glock and Sig Sauer and there’s no questioning why it’s among the best sellers at Ammo To Go.

There are a ton of 9mm ammunition options available for sale. This can make sorting facts and actual performance from the marketing buzz a little bit difficult.

With the right information, however, you can choose the best 9×19 ammo for self-defense. Keep in mind, every self-defense situation is different and while there are credible resources we can lean on to help advise us – it’s important you understand your needs and formulate an ammo plan that makes the most sense for you.

Performance Standards from the FBI

There are many different opinions on what makes an effective personal-defense round. Some desire expansion, some want advanced penetration, while others look towards velocity.

So, where should you start? A good reference point is the FBI’s performance standards. The Federal Bureau of Investigation looks for penetration between 12 and 18 inches, and wants the largest expansion diameter possible.

Using the FBI’s standard as our guide, we can help you determine the best 9mm ammo for personal protection.

To research the best 9mm ammo for self-defense, let’s dive in deeper to our 9mm ammunition ballistic gel testing data. This information was gathered using a concealed carry sized pistol that had a 3-inch barrel.

If your concealed carry rig features a longer or shorter barrel, you could see drastically different performance from your ammo than what we witnesses in the testing.

The tests examined three key factors for stopping a threat:

When attempting to stop a threat, penetration remains an extremely important statistic. To deliver an effective wound channel that neutralizes your target, you need a cartridge that will penetrate deep enough to cause significant blood loss and trauma to the body. To meet the FBI’s standards, a bullet must penetrate an average of at least 12 inches.

Over-penetration, however, is also a concern. Over-penetration can cause significant injury to someone behind a barrier, and it’s also possible for a bullet to over-penetrate an attacker and harm someone behind. This is an unlikely situation, but it can happen. For this reason, the FBI standards limit penetration to less than 18 inches in their ballistics testing. Of course, you might not have the same concerns about over-penetration. If you live alone and don’t use a concealed carry pistol when out in public, the threat of over-penetration is not nearly as severe.

For our best 9mm round for penetration, we looked at the deepest-penetrating bullets that do not go over an average of 18 inches. With the right balance of penetration, the bullet will perform as needed at the target and impact vital organs, giving the best chance at stopping a threat.

One of the most important stats for stopping a threat is shot diameter. When a hollow point or soft-nose bullet strikes a target, the energy and force of the shot causes the bullet to expand, creating larger wound channels and greater internal damage. In most cases, the larger the expansion diameter, the more effective a cartridge will be at stopping a threat.

Many factors will impact how a bullet expands or “mushrooms.” The construction of the bullet can limit or enhance the bullet’s ability to expand.

Velocity and energy are also important factors for expansion. Generally, the higher these stats go, the more a bullet will expand. Therefore, the quality of a propellant, as well as distance to a target (which both affect velocity and energy), can impact on bullet expansion diameter.

For successful expansion, a generally-held minimum (not an official standard) is 1.5 times the bullet’s original diameter. For 9mm ammunition, this means an expansion diameter of 13.5 mm, or .53 inches, is the regularly-accepted minimum.

To make our list, we looked at the largest-diameter shots that were within the penetration range of 12 to 18 inches.

The 9mm Luger Barnes 115-grain +P TAC-XPD HP, which has the highest expansion (.7 inches), was disqualified because it did not reach 12 inches of penetration. Likewise, the Federal Premium LE 124-grain HST JHP would have been on the list (.62 inches diameter) but it over-penetrated at 18.46 inches.

Velocity is the final statistic that we will look at for the best 9mm rounds for self defense. Because it so heavily impacts penetration, velocity also needs to be well balanced. Too little, and the bullet won’t penetrate the target properly. To much, and you increase the risk of over-penetration.

Velocity not only creates penetration, it also drives expansion. With proper velocity, the bullet is allowed to expand to the desired diameter. Velocity also ensures a high amount of energy is delivered to the target, which can significantly impact the “stopping power” of the projectile.

Once again, we made this list using only the bullets that fell within the FBI’s standard or 12 to 18 inches of penetration. We also eliminated bullets that do not expand to at least .5 inches, which is slightly lower than the generally-accepted expansion minimum for 9mm ammunition.

The numbers show many high-quality ammunition choices. After our analysis, it’s hard to ignore the Black Hills Barnes XP +P with 115-grain hollow points. This ammunition was in the desired range of penetration (13.76 inches) and had an average expansion of .69 inches. That’s largest for all bullets within the desired range. With a velocity over 1,000 feet per second, this is clearly a reliable, effective cartridge.

Of course, other high-quality options include the Federal Premium Law Enforcement HST with 147-grain hollow points, as well as the Personal Defense and Tactical lines from Federal.