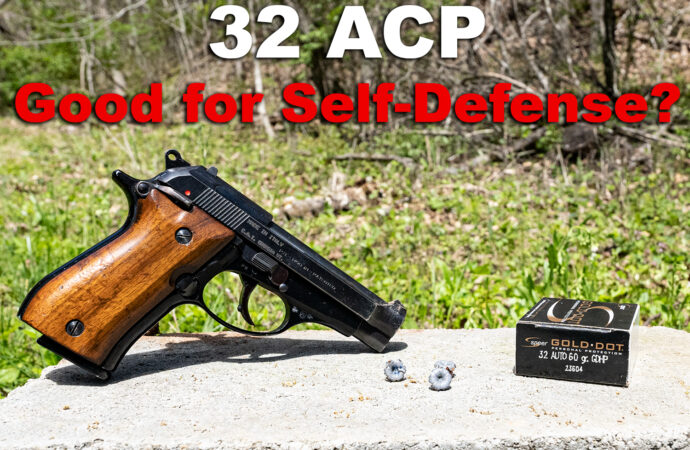 The recent rise of pocket pistol popularity has left plenty of shooters wondering about the merits of smaller caliber cartridges for home defense. 32 ACP fits this mold. It’s fairly small and easy to conceal but does it pack enough defensive power to make 32 ACP for self-defense a good choice? Looking to buy 32

The recent rise of pocket pistol popularity has left plenty of shooters wondering about the merits of smaller caliber cartridges for home defense. 32 ACP fits this mold. It’s fairly small and easy to conceal but does it pack enough defensive power to make 32 ACP for self-defense a good choice?

The .32 ACP was once a favorite cartridge for concealed carry. Although it has mostly fallen out of favor, does this relatively petite cartridge still hold any protective virtues? Let’s take a closer look at this cartridge’s history and its current capabilities.

A century ago, .32 ACP ammo was the most popular semi-automatic pistol cartridge in use. During the first half of the 20th century, .32 ACP was even widely used by military and law enforcement personnel. It was also popular in the civilian world, where pocket pistols were considered stylish, particularly during the prohibition era.

Walk into a gun store today, and you’ll still find plenty of pocket pistols, but you’ll be hard-pressed to find many chambered in .32 ACP.

The .32 ACP was definitely the cool kid on the block for much of the early 1900s. However, its popularity slowly withered once its cousin, .380 ACP, busted onto the ammunition scene.

Most shooters agree that 380 ACP ammo is a more capable cartridge, which explains why .380 Auto absolutely exploded, replacing .32 ACP as the most common pocket pistol chambering.

The .32 ACP hasn’t totally disappeared. However, today,.380 pistols outnumber .32 pistols by about one hundred to one.

Disadvantages of 32 ACP for Self-Defense

There are plenty of valid reasons .32 ACP has almost gone the way of the dinosaur. Here are a few of the main arguments against using this little cartridge for modern self-defense. 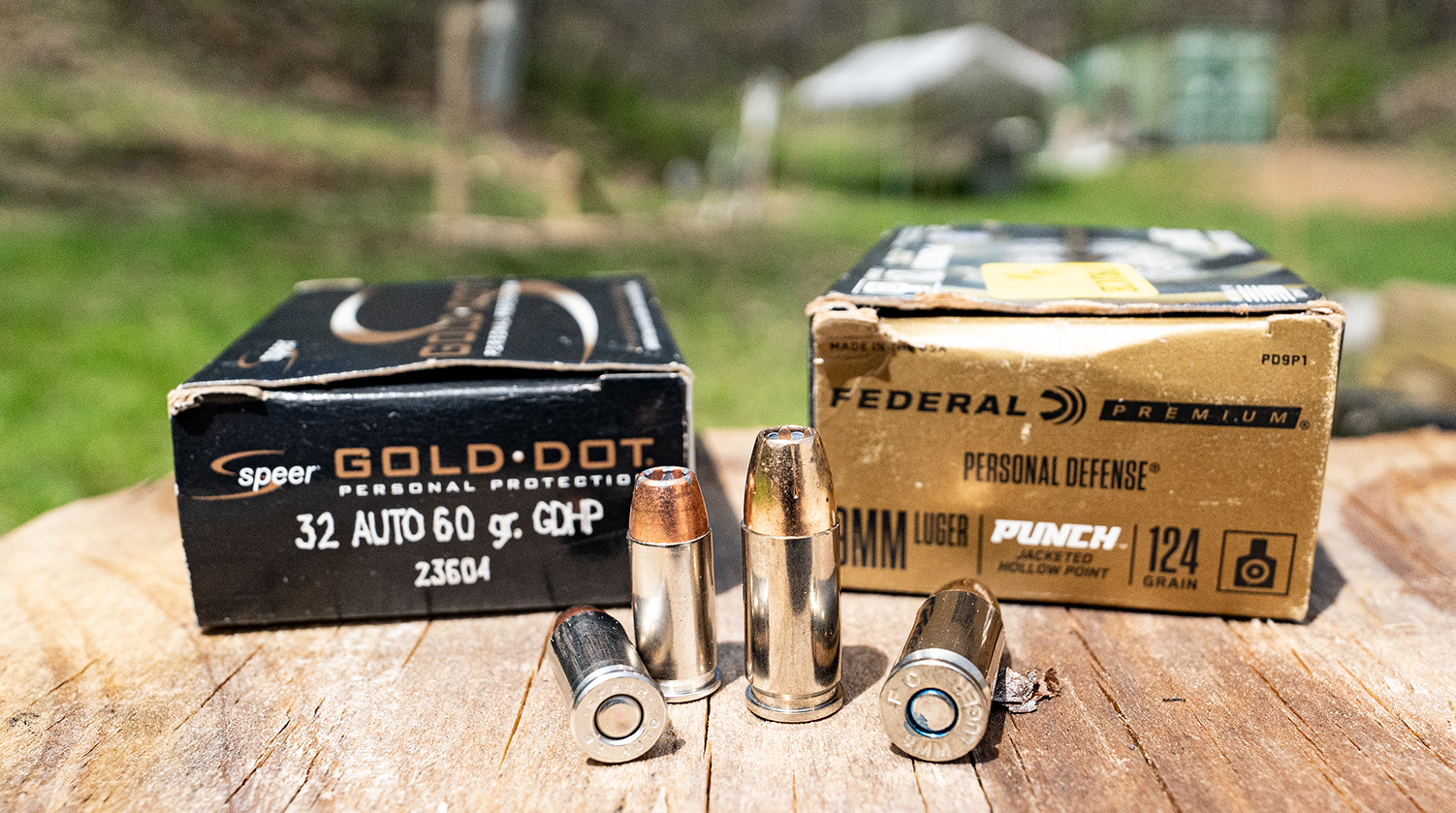 Most self-defense experts claim 9mm is the minimum caliber effective for self-defense. Some only begrudgingly add .380 ACP (which is technically a 9mm short) to the list, but mostly for deep concealment or recoil sensitive shooters.

The .32 ACP is rarely included in the conversation, despite its historied use as a self-defense cartridge.

Although the .32 ACP definitely has merit over .22 LR for personal protection, it is far from a shining star. Small caliber projectiles produce smaller wound channels. With less tissue devastation, it can take more than several center-mass shots to eliminate a threat.

Every round in the air increases the possibility of collateral damage, while the threat reduces the distance between you. That means the fewer rounds you need to fire to “get the job done,” the better.

The .32 ACP is a “semi-rimmed” cartridge. That means the rim is slightly wider than the case.

Semi-rimmed cartridges, like the .32 ACP, sit on top of each other inside the magazine, with the rim of each case resting in the recess of the case underneath it. If the top round slips slightly behind the next round in the mag, problems arise. Even a slight misalignment can cause a round to hang up by the rim, preventing the gun from cycling properly.

Shooters can minimize the risk of rim lock by carefully loading their magazines. Rim lock also seems to be more common with hollow point ammo than with FMJs.

That’s not to say there aren’t advantages to the .32 ACP. Contrary to the critics, and despite its decline in popularity, the cartridge does have benefits.

Believe it or not, there are advantages to small handguns, and the biggest is obviously concealability. Since convenience is a major factor in concealed carry, small pistols like most models chambered in .32 ACP earn more than a few extra points.

While there are larger .32 handguns out there (I’m looking at you, Beretta 81 and CZ-83), most are built for deep concealment (like the Walther PPK of James Bond fame).

While many self-defense shooters sing the praises of large caliber handguns (like .45 ACP), these hefty cartridges require hefty handguns. A large handgun is necessary to effectively handle the extra energy produced by bigger cartridges. While it isn’t impossible to get your hands on a sub-compact .45, that baby is going to be seriously difficult to control. It simply isn’t practical to shrink down a .45 handgun to micro proportions. Doing so also results in a significant loss of round count. Squeezing more than a few .45 rounds onboard a smaller, easy-to-conceal frame just isn’t possible.

The .32 ACP is a relative pussycat when it comes to recoil energy. Although the cartridge is usually shot from lightweight, micro-compact handguns (and gun weight is a major factor in felt recoil), .32 ACP is still incredibly easy to handle.

While plenty of folks focus on caliber and that ethereal thing called “stopping power,” there are other elements to the self-defense equation. One of the most important is penetration.  In self-defense situations, it doesn’t matter how large a bullet is if it doesn’t drive deep enough to touch vital organs.

The FBI has set the standard penetration performance for personal protection rounds at 12 to 18 inches in 10 percent ballistics gel. According to experts testing ammo in controlled laboratory environments, this depth provides the best chance of producing deep enough wounds in living tissue to stop a violent attack.

Most .32 ACP FMJ ammo will meet FBI protocols at common self-defense distances. However, FMJ loads do not expand in soft tissue, which means you’re limited to the original .3125-inch diameter.

While any projectile punching through vitals can deliver a fatal blow, sometimes fatality is long in coming. On September 6, 1901, President McKinnley was shot twice in the stomach with a .32-caliber Iver Johnson revolver.

McKinnley eventually died of his wounds, but not until eight days later, on September 14.

Some Gun is Better Than No Gun…or Something Like That

It’s a relatively weak argument, but still worth mentioning. Any gun on you, even a mouse gun chambered in .32 ACP, is better than the hand cannon left at home.

The first rule of gunfighting: Have. A. Gun.

According to GunFacts.org, “Of the 2,500,000 times citizens used guns to defend themselves, 92% merely brandish their gun…to scare off their attackers.”

That means in most situations, it doesn’t matter exactly how your defensive loads perform in soft tissue. Instead, the mere presence of a firearm is enough to end a potentially life-threatening altercation. 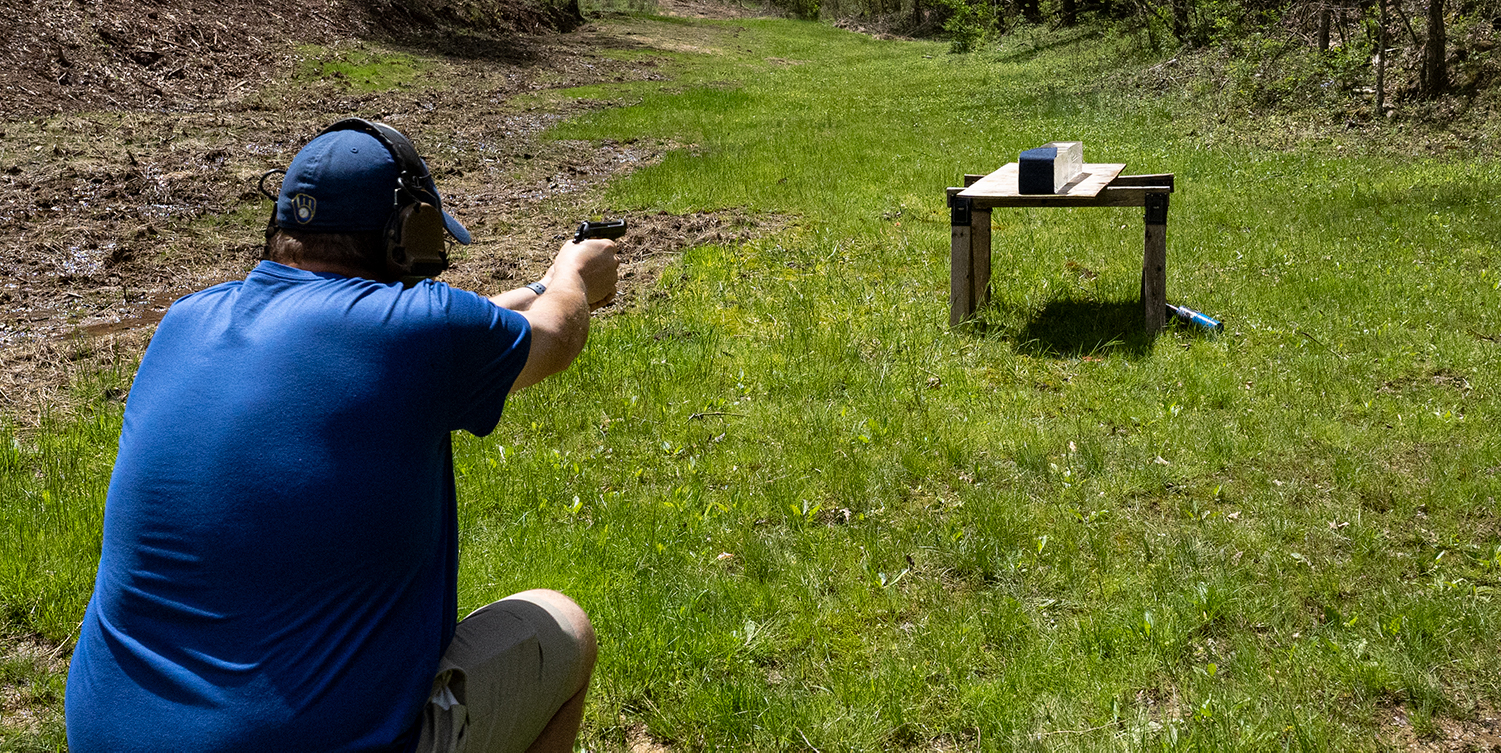 If you want to take things up a few notches, Buffalo Bore makes +P .32 ACP loads topped with flat nose, hard cast projectiles. The company advertises a blistering 1150 feet per second from the muzzle, which is enough to drive those 60-grain bullets plenty deep. However, you should only use modern pistols sturdy enough to stand up to extra pressure, since there are no set SAAMI standards for .32 ACP +P pressures.

We fired several rounds of Speer Gold Dot 60-grain 32 ACP into ballistic gelatin to demonstrate the caliber’s abilities. Following the model set-up by the Federal Bureau of Investigation, we used 10% synthetic gelatin. From 10 feet out, we fired the Gold Dots into the gel with an NAA pocket pistol with a 2.19″ barrel. We placed a four layer fabric barrier where the bullet entered the gel to simulate clothing on a threat. 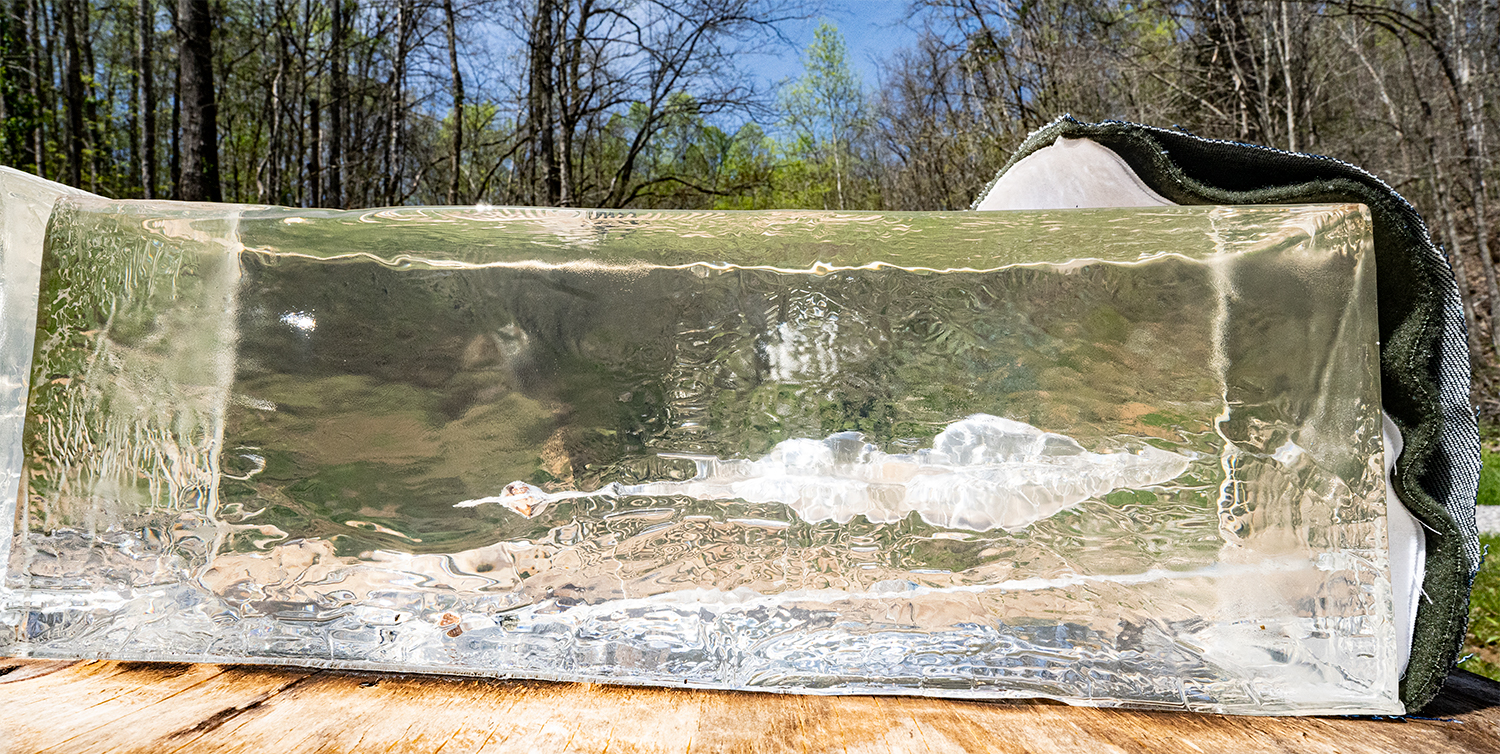 We didn’t see a ton of penetration or expansion from the rounds once they came to a rest. On average, we hit just shy of 10-inches of penetration and the expanded Gold Dot rounds didn’t give us much expansion at all, coming in at .33″ maximum width.

We duplicated the test with a longer barreled pistol (3.5″ Beretta). These tests offered similar penetration but did deliver more expansion of the bullet. Our average bullet diameter from the longer barrel was .42″.

From both a penetration and expansion perspective, the 32 ACP performed slightly worse than 380 ACP and considerably worse than the best 9mm ammo for self-defense.

For practical self-defense purposes, you should always choose the most capable round you can use effectively. For the average shooter, that isn’t going to be the .32 ACP. Despite its butter-soft recoil and easy handling, its terminal performance definitely isn’t something to write home about. If you can opt for a cartridge with a “beefier” projectile, you should do it. And if you can’t quite achieve consistent accuracy, practice until you can.

However, if you are a shooter with a weak grip or major recoil sensitivity, a pistol chambered in .32 ACP is definitely better than pepper spray.