The .38 Special is one of the most popular handgun rounds in the country. A lot of us use it for recreational target shooting but it's also very common for hunting, and of course, personal defense. While it doesn’t have the speed and hard-hitting power of its younger and larger sibling, the .357 Magnum, there is little doubt that the .38 Special has the capability to defend but what's the best 38 special ammo for self defense?

Of course, we get deeper into our methodology below. If you’re just looking for some suggestions, here’s the top three we’d recommend for shooters with a 38 special firearm similar to the Smith & Wesson 640 we used for testing. (That revolver has a 2.125-inch barrel):

Best 38 Special Ammo for Self Defense

Picking 38 Spl Ammo for Self Defense

What should you look for in a self-defense round? Ask five different gun owners, and you might get five different answers. To cut through the maze of opinions, we went straight to a well-known authority in firearms: the Federal Bureau of Investigation.

The FBI requires ammunition be properly tested before agents use it. One of the agency’s requirements is that during gel testing the bullet penetrates at least 12 inches, but no more than 18.

We will use this 12-18 inch standard as a basis for our choice of the best .38 Special self-defense rounds. 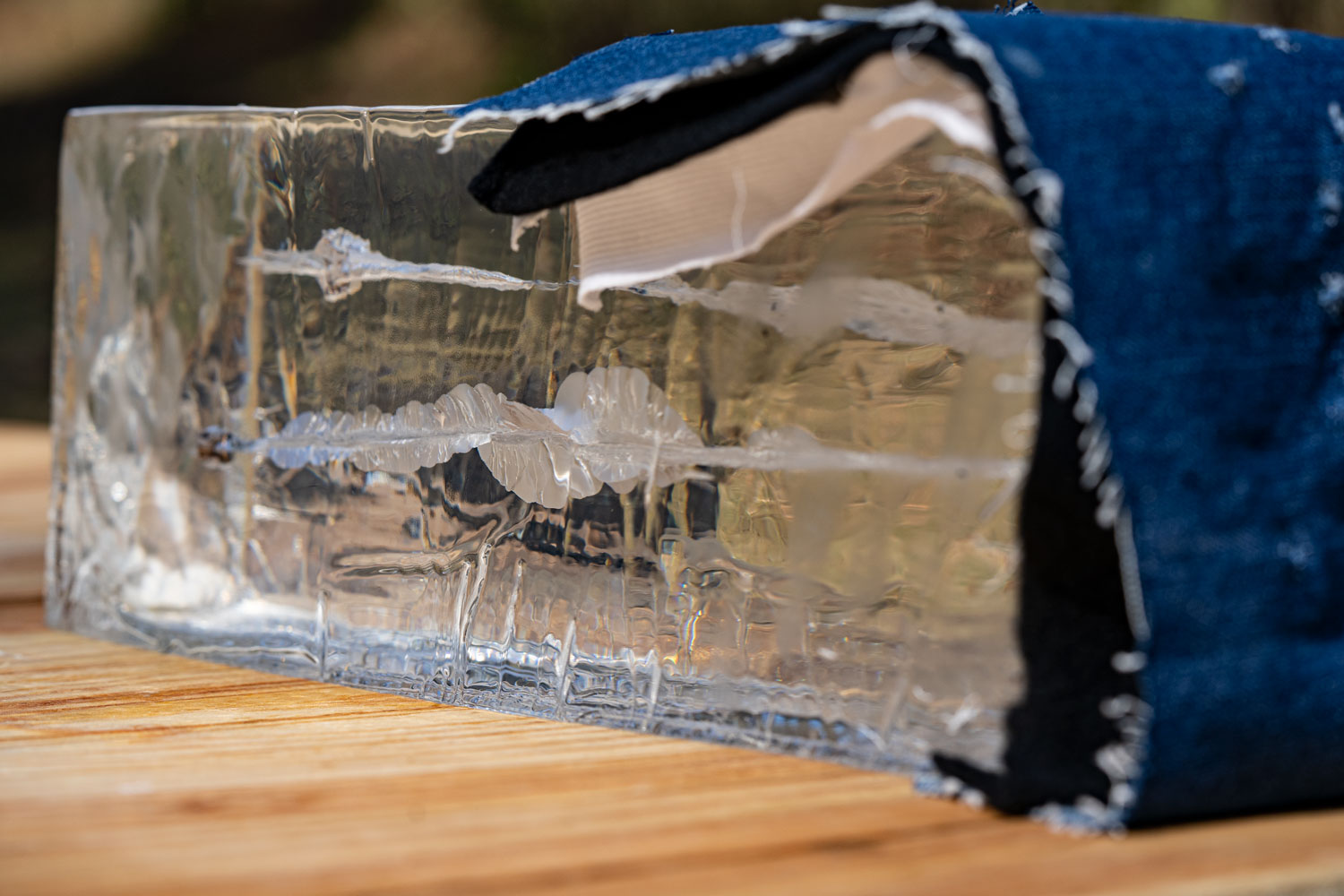 Penetration is an important factor for self-defense ammunition.

To effectively stop a threat, a bullet needs to penetrate deep enough into the target to strike vital organs and deliver enough damage that the threat is neutralized. As we discussed above, the FBI recommends ammunition have at least 12 inches of penetration during gel testing. This allows the bullet to effectively stop the target.

Over-penetration, however, can also be an issue. If a bullet penetrates too much, it can create a safety hazard for anyone downrange. In indoor situations, over-penetration could cause a bullet to travel through walls and create the chances of injury.

Therefore, the right balance of penetration is required, which is why we go with the FBI’s standard of 12 to 18 inches.

To compile this list, let’s look at the deepest penetration below 18 inches, which were:

We should note that there were four products that had penetration over 18 inches, including the Black Hills .38 Special +P with 125-grain jacketed hollow points. This product had an average penetration over 22 inches, which, because of over-penetration would eliminate it from contention as the best .38 Special ammo for self defense.

Shot diameter is a highly underrated statistic for self-defense ammunition. A round needs to be able to deliver not only a deep wound, but also a wide wound. The wider the wound channel, the better chance a bullet has for delivering effective damage and stopping the threat. To measure this stat, we simply measured the diameter of the bulletafter it struck the target.

There are many factors at play for expanded bullet diameter, including velocity, bullet design, and overall energy. For example, the faster the bullet is traveling, in general the more the bullet will expand. (Of course, too fast and you run the risk of over-expansion too.) Generally, different bullet types, especially hollow-points, will have better expansion.

How much expansion is enough? While opinions vary (again), the general rule is that a self-defense round should expand 1.5 times it’s original diameter. 38 Special ammo has a bullet diameter of .357 inches, this means the bullet should expand to at least .5355 inches.

To make this list, we looked at the rounds with the largest shot diameter without going over 18 inches in penetration.

In this measurement, the bullet with the largest diameter was Federal’s Personal Defense Micro. It is loaded with a 130-grain jacketed hollow point bullet. This cartridge was also within the standards of penetration (12-18 inches), making it a top candidate for the best self-defense round. 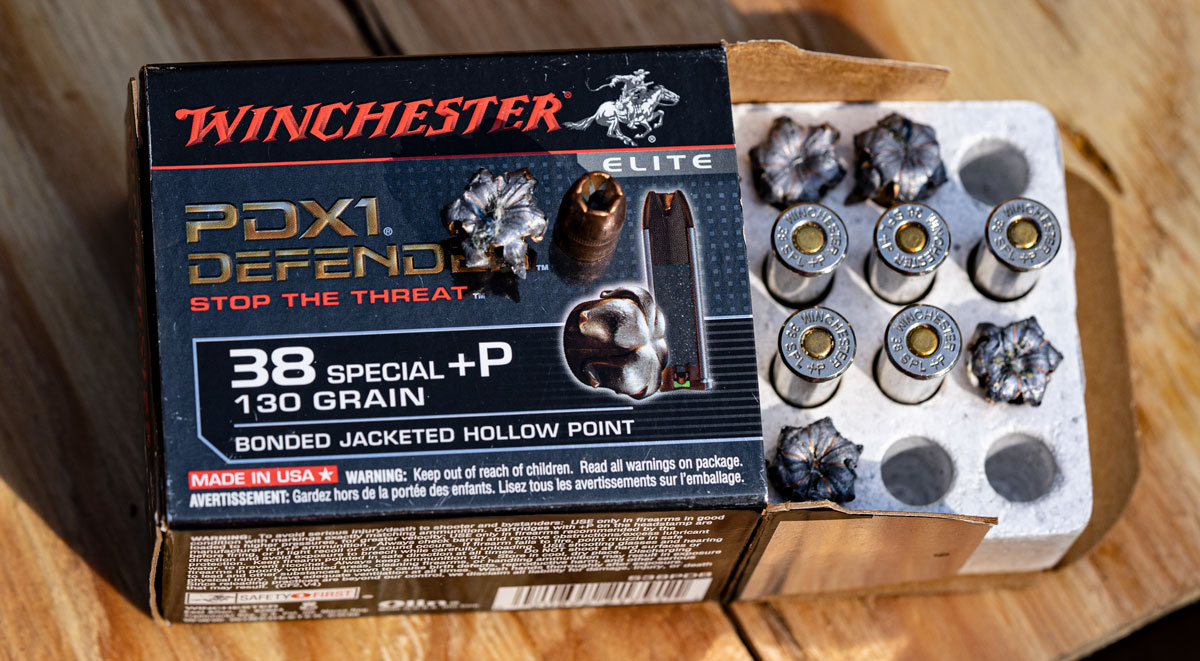 Velocity is the final stat we measured. Velocity makes a big difference for overall performance of a cartridge, impacting both the penetration and expansion of a bullet. It also makes a big difference on accuracy, as faster bullets tend to be more accurate. (Accuracy is also affected by numerous other factors.)

For self defense, it’s often best to have a faster round as long as it does not over penetrate. You will also want a fast round that delivers decent shot diameter. To make this final Top 5 list, we looked at the fastest cartridges that have less that 18 inches of penetration and at least .5 inches in shot diameter, which is actually less than the unofficial standard of .5355.

At 1,060 fps in average velocity, the SinterFire Special Duty Frangible 110-grain hollow points. We often use frangible ammunition for training. It disintegrates on impact with a had surface. This makes it less likely to penetrate through walls or ricochet back at the shooter. While mostly used for training, manufacturers make some frangible ammo, such as this, for self-defense. These frangible loads can come in handy for home protection. If you live in close proximity to others, frangible can be a wise choice to avoid hitting bystanders. However, in our tests, the cartridge measured little to no expansion, so it was left off this list.

Final Verdict: The Best .38 Spl Round for Self Defense

After running the tests and looking at the numbers, there are a couple rounds that stand out as candidates for the best for self defense.

One of the top choices is the Federal Personal Defense Micro with 130-grain JHP bullets. This cartridge had an average diameter of .72 inches, making it easily the widest shot diameter. (No other round was over .57 inches) However, it only has a penetration of 12.66 inches, which is above the FBI’s standards, but just barely.

Another good choice would be the Speer LE Gold Dot with 135-grain rounds. This cartridge had an average penetration of 13.74, and also logged an average shot diameter of .57 inches, good for second place in this category. With 886 fps in velocity, is was the fastest cartridge that measured above .51 inches in shot diameter.

There are many choices, but as long as your selection measured between 12 and 18 inches of penetration, and has at least .5 inches in shot diameter, you will have a reliable round that can stop virtually any threat.