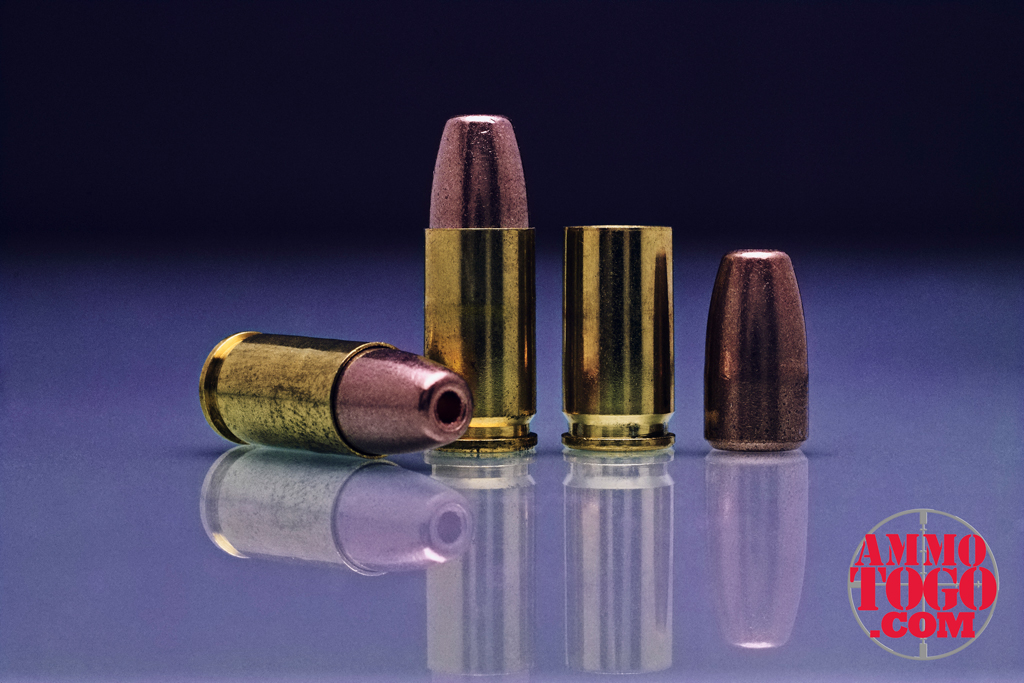 Frangible ammunition is picking up steam as a round used by law enforcement for close-quarters situations. There are a number of reasons you might consider training with frangible ammo and a few disadvantages that you want to take into account as well.

Frangible ammo is a training round designed to disintegrate into dust when they strike a hard target. Manufacturers make modern frangible bullets with a powder metallurgy, pressing and “sintering” metal that is formed into fine powder.

Copper is generally the main component in frangible ammo. It’s easy to shape, pull, and compress. Copper can be drawn into various forms while still maintaining structural quality.

To keep the copper powder in the shape of a bullet, tin and other metals are used as a binding agent. The result is a mostly-copper bullet that disintegrates into tiny, harmless fragments when it hits a steel target or other hard surface.

Why Is Frangible Ammo Used?

Most traditional bullets, like jacketed hollow points or full metal jackets, are constructed from solid metals. These loads are manufactured to stay in one piece upon impact. This helps drive proper energy when the bullet impacts a target.

However, there is one specific situation where frangible ammunition gets most of its use: close-quarters training.

Police and military personnel who operate in close quarters need to train in simulation areas that involve tight hallways, narrow doorways, and small rooms. Shooting solid metal rounds in close quarters increases the chance of ricochet injuries. To mitigate that risk, frangible 9mm and other handgun rounds grew into a trusted option for these situations. Frangible ammo allows service personnel to conduct proper training with a reduced risk of injury or fatalities.

There are a few other situations where frangible ammo is used. The first is real-world close-quarters combat and law enforcement. Officers and military personnel can reduce the chances of over penetration in walls and targets by using frangible ammo. Because of advancements in metallurgy, powders, and overall cartridge design, frangible bullets have even been used in self-defense and hunting. In these cases, the bullets can penetrate a soft target without completely fragmenting like the bullet would against steel.

In some cases, frangible ammo is also used in special situations where bullet impact creates a significant safety concern. Security personnel for oil platforms, hazardous material facilities, or chemical plants may use frangible ammo to reduce the chance of a significant issue.

History of Frangible: The Amusement Park 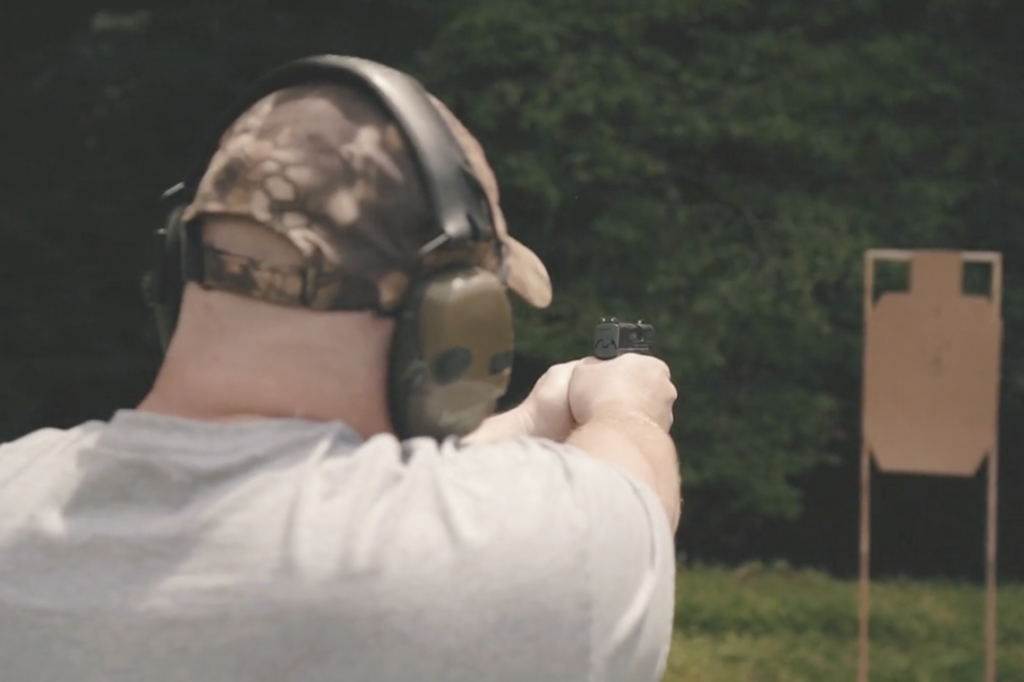 Today, most frangible ammunition that you’ll find for sale to civilians is loaded with bullets produced by a company located in Pennsylvania called Sinterfire.

Safety is the top advantage of frangible ammunition. Frangible bullets reduce the chances of both ricochet and over penetration, reducing unintended injury in both training and in-the-field situations.

There are also long-term safety and health advantages because frangible rounds aren’t made with lead. Although they disintegrate into dust, they do not release lead contaminants of any kind. This means cleaner shooting environments without the health implications of lead exposure.

Another advantage of frangible ammo is that it allows you to use steel targets over paper. If you are a gun owner who goes through high-volumes of paper targets, switching to steel targets and using frangible ammo can be a more cost-effective approach to shooting. (Of course, you’ll need to consider the cost of the ammo and the cost of the targets.)

With every product in shooting and firearms, there is a give-and-take, and frangible ammunition is no different. The biggest downside of frangible bullets is the lack of deep penetration. Make no mistake, frangible ammo is lethal, but many self-defense-focused gun owners want to know that the cartridges they load will stop any threat. Some feel that frangible ammunition doesn’t bring the consistent reliability preferred by many conceal-carry holders. For this reason, frangible is often used exclusively for training.

There is also the metal dust that can become a mess after multiple shots have been made. Properly cleaning the area after each training session is crucial. This is more of an annoyance than a performance disadvantage but it is a common issue with frangible ammo.

Frangible ammo is made of a softer bullet so there is also the increased chance of fouling in the barrel. One of the potential problems with using frangible ammo for high-volume target training is that it will ruin the barrel faster and require more cleaning, leading to higher ownership costs and more hassle.

The Bottom Line: Frangible is a Training Tool

If you are considering frangible ammo, it’s probably best to only use this type bullet for training and practice situations. It does not have the penetration that most gun owners expect, but it can be an effective tool for enhancing your proficiency while using metal targets at close ranges.

Are Magazine Loaders Worth the Investment?