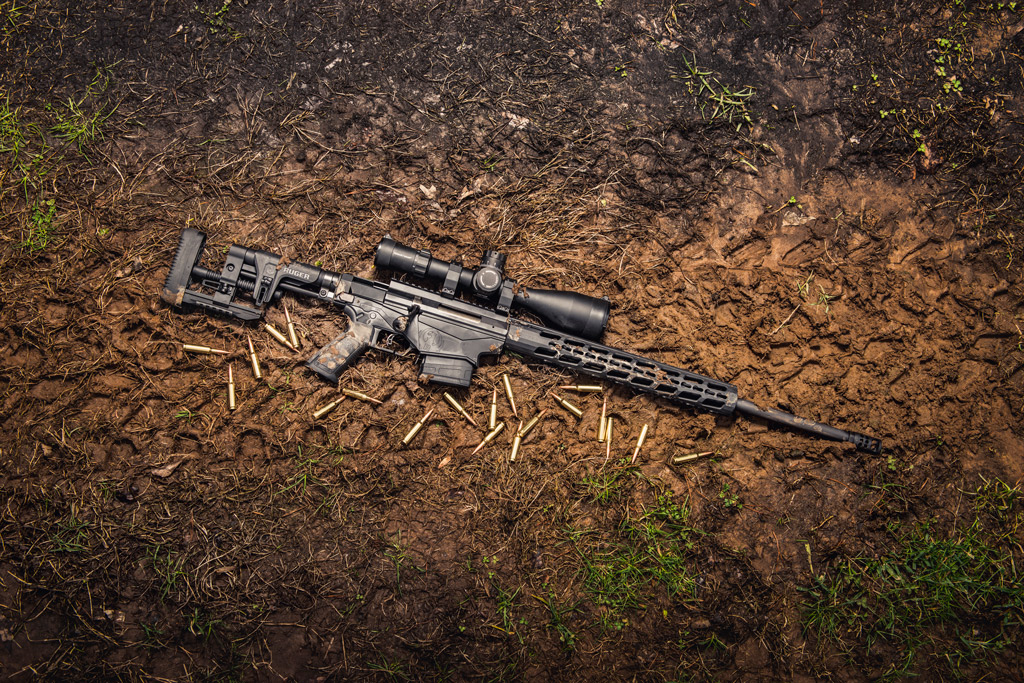 6.5 Creedmoor is on a terror recently. Long distance shooters and hunters seem to be flocking to the rifle caliber in droves. So what’s the story behind this round and does it have the ballistic performance to stick around for a while?

Over the years, a lot of high power rifle calibers have come and subsequently gone, and I do mean a lot. Some were wildcats, other were production calibers promising to be the next big deal. Then, there are the stalwarts: the .308 Winchester and its little brother the .243 Winchester, the .270 Winchester, and of course the granddaddy of them all, the formidable-as-ever .30-’06 Springfield (this is not a definitive list at all).

Every now and then something new comes along and upsets the apple cart.

Enter the 6.5 Creedmoor. It is fast, very accurate, and maintains excellent ballistics beyond 1,000 yards. Best of all, it has become so popular that prices for rifles and 6.5 CDMR ammunition are now comparable to the .308.

But let’s not get ahead of ourselves here; we need to take a look at just how it got where it is in the first place.

The Early Days: Development of the 6.5 Creedmoor

Shooters tend to be tinkerers by nature; shooting is a highly tactile activity so the same people who rebuild cars, do DIY projects around the house and generally enjoy getting into the details gravitate towards it. Shooting is also an inherently outdoor activity, which is familiar to most of the aforementioned activities.

The .308 is also a popular caliber for precision and competition long range shooting. But it does have limitations because a caliber capable of doing all things exceptionally well is an act of fiction. It is very good at a lot of things, but there are just some hurdles it can’t get over cleanly.

6.5 Creedmoor’s Introduction to the World

The first iteration of 6.5 Creedmoor was actually a .30 caliber cartridge, the .30 Thompson Center, created and released in 2007 by Thompson Center Arms. The goal was a non-magnum .30 caliber cartridge which had the performance of the .30-’06 but in a short action case. It did perform as expected but sales did not; it appears people were willing to either stay with the .308 or suck it up and buy a .30-’06 were are plentiful and cheap rather than buy a rifle in a wildcat caliber where ammunition is harder to come by and about twice the price as the inexpensive .308 and .30-’06.

Unlike most wildcats and hybrid calibers which drift off to obscurity, Hornady saw potential in the .30 TC case and chose to neck it down to fire a 6.5mm bullet, which is roughly .265” — so, essentially a .270 bullet.

You don’t have to look too far to find the key selling point for the 6.5 CR over the .308. It isn’t knockdown power, per se, but trajectory at a longer distance where it really shines.

The energy between the two is not all that different from one another, as opposed to comparing the .308 Winchester with the .300 Winchester Magnum. With a well-placed shot, the relative stopping power between 6.5 CDMR and .308 Win probably won’t be noticed.

Trajectory is where the 6.5 CDMR comes into its own. It is not so much better than all other calibers that make it something special; it is that you get the flat shooting trajectory, energy, and velocity closer to the long-action .270 Winchester than the .308.

The .270 is a vintage classic, unveiled way back in 1925 and remains one of the most popular general-purpose cartridges because it performs like a stud. But the rookie 6.5 Creedmoor does something it cannot: it fits in a short action bolt gun, or perhaps even more preferably, an AR-10.

Since the 6.5 CR is based on the venerable and prolific .308 case, standard AR-10 lowers and magazines are fully compatible. By purchasing an upper receiver (or building one) in 6.5 CDMR, the AR-10 is immediately capable of going from a standard .308 upper to a 6.5 CR upper with the push of two pins.

Also, it has taken very little effort for firearm manufacturers to adapt their lines of short-action bolt guns to the 6.5 CR, including budget models. Gun buyers can now pick up a basic rifle in 6.5 Creedmoor for prices which are often sub-$300. No, these are not precision rifles, but they aren’t supposed to be.

Now, average shooters with a mortgage and kids can get into a rifle tailored for the long shot without the punishment of long-action calibers, or the longer dimensions of those rifles.

Due to its rapid ascendance as a legitimate contender, ammunition is plentiful and now costs just a hair more than .308 ammo — and we’re talking the inexpensive consumer variety of ammo, not high-end performance ammo. That is not a real litmus test for normal shooters. Average shooters want to know about Wolf ammo prices, not premium custom shop products.

Does 6.5 Creedmoor Have Staying Power?

So where does the 6.5 CR stand? Does it have a solid future? Only time will tell but it certainly looks promising right now.

The widespread ‘gun builder’ movement probably has as much to do with this anything, maybe even more. With a minimal investment in tools, shooters can build a custom upper from the ground up with parts kits for any number of calibers, in barrel lengths ranging from short pistol (7.5”), all the way out to 24”+ barrels for long-range shots. He or she can choose what he wants and easily cash flow it over the months, often building it for pennies on manufactured guns by waiting for holiday sales events.

The .308 is great for all kinds of things, but AR builders who hunt things besides whitetail in the Midwest (think pronghorn and mountain goats) want something with better reach and less drop, all while maintaining their AR-10 platform. The 6.5 CR isn’t a magnum. It isn’t even a .270, but it is very fast, shoots flatter than the .308, and uses a lot of the same parts without modification. So in a word, yes, the 6.5 CR has a lot going for it and will only grow in popularity from here on.