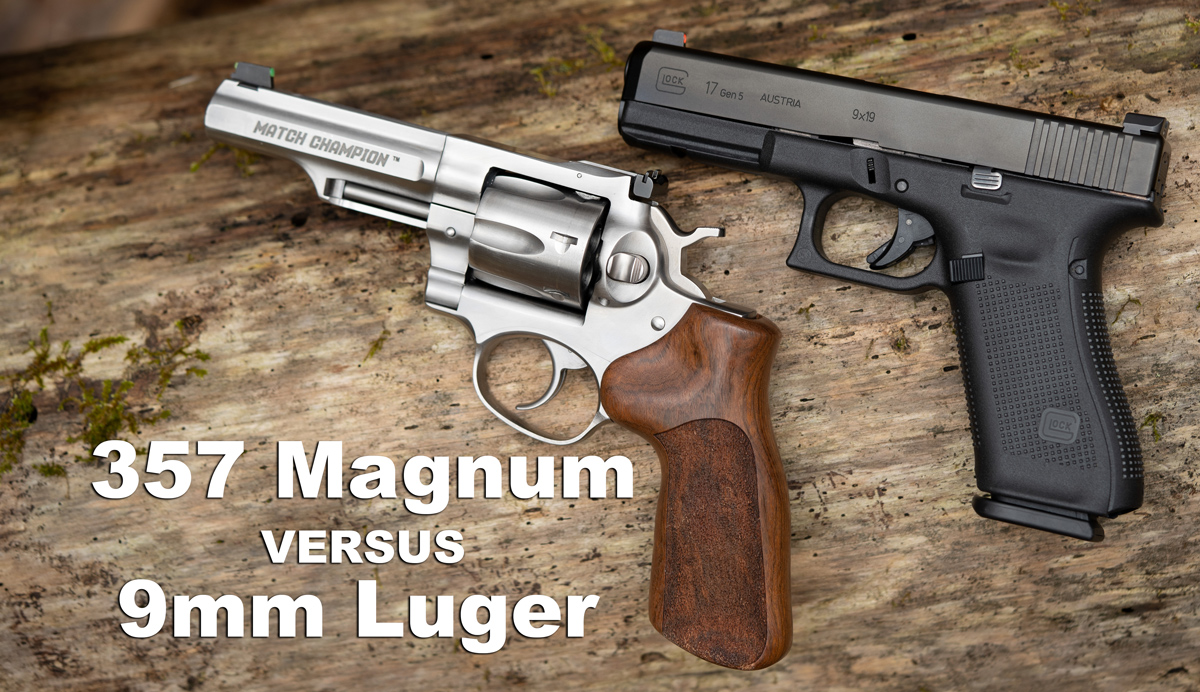 What are the primary differences you should know between the 357 magnum and the 9mm calibers? Is one better for your needs than the other?

The .357 Magnum and 9mm Luger are two extremely popular handgun cartridges. While both are common, they are vastly different in use, handgun type, and over performance. Let’s explore the differences in 357 magnum vs. 9mm and see what caliber is best for your needs.

The .357 Magnum was created in the 1930’s as a solution for law enforcement who needed a high-velocity round to penetrate barriers like car doors, which were used as cover by Prohibition-era criminals. The round became an effective tool for police, and eventually found a popular following among private citizens, especially for self defense and hunting.

About the 9mm Luger (Aka 9x19mm Parabellum) 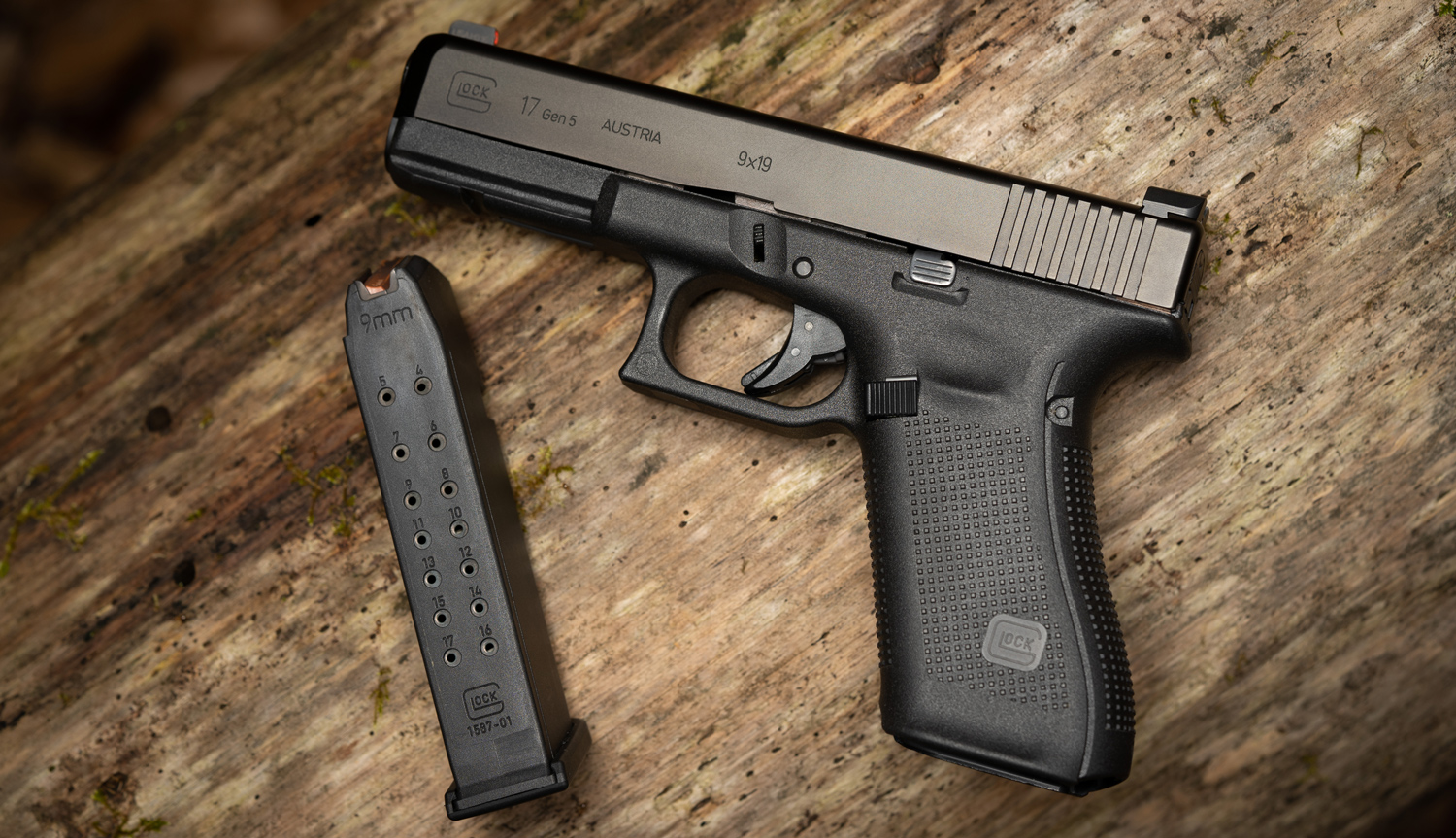 The 9mm Luger, also known as the 9x19m Parabellum, was created by legendary firearms engineer Georg Luger, who also created the Luger pistol. First used by German forces, the round became popular in military circles thanks to its accompanying pistol, which allowed for higher volumes of rounds. NATO adopted 9mm and it eventually became one of the most common handgun rounds in the world, especially in the West. It’s now a reliable self-defense cartridge loaded by thousands of Americans.

You can look at stats, price, and load capacity for hours, but it might not matter if you have a strong preference in handgun type. The .357 Magnum is made for, and almost always used in, revolvers, while the 9mm Luger is intended for pistols. So if you significantly prefer one or the other, this may guide your decision, regardless of other factors. 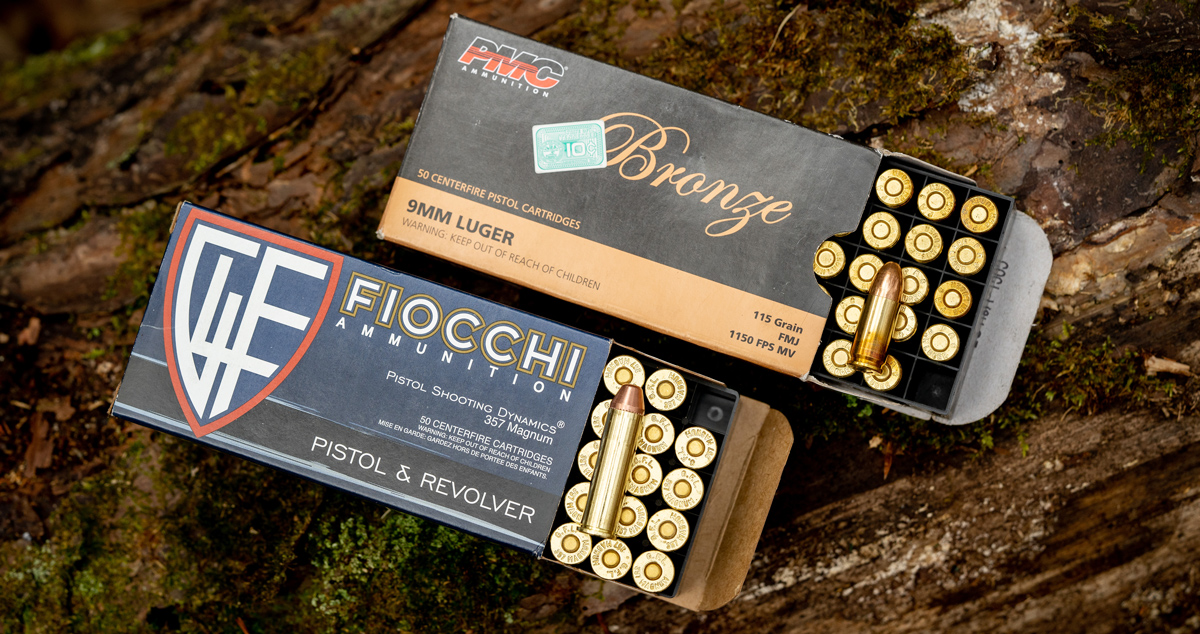 We understand price matters. It should. If you’re serious about training and firearms, you are going to spend a decent amount of money no matter what caliber you shoot.

When looking at these two cartridges, you will generally find that the 9mm Luger has a lower price than the .357 Magnum. As of writing this article, the lowest per-round cost for the 9mm was $0.14, while the lowest per-round for the .357 Magnum was $0.27. (Both were FMJ rounds from Tula Ammo.)
However, the highest-cost for the 9mm Luger was $1.95, while the highest per-round price for .357 Magnum was $1.90. But in this case we are looking at two different products from different manufacturers, so it’s not a fair comparison.

To fully understand pricing, it’s best to look at the same product line in both cartridges. For example, Federal Premium Hydra-Shok JHP rounds are available in 124-gr 9mm Lugers and 158-gr .357 Magnums. In this case, we see the 9mm is available for $0.90 per round, while the .357 Magnum ammo is available at about a buck per round.

Because of its mass availability, smaller profile (which means less raw material), and more available products (on our site the 9mm had 235 different options, the .357 had 58), 9mm ammo is generally more affordable. In fact, it’s one of the most affordable handgun cartridges available. 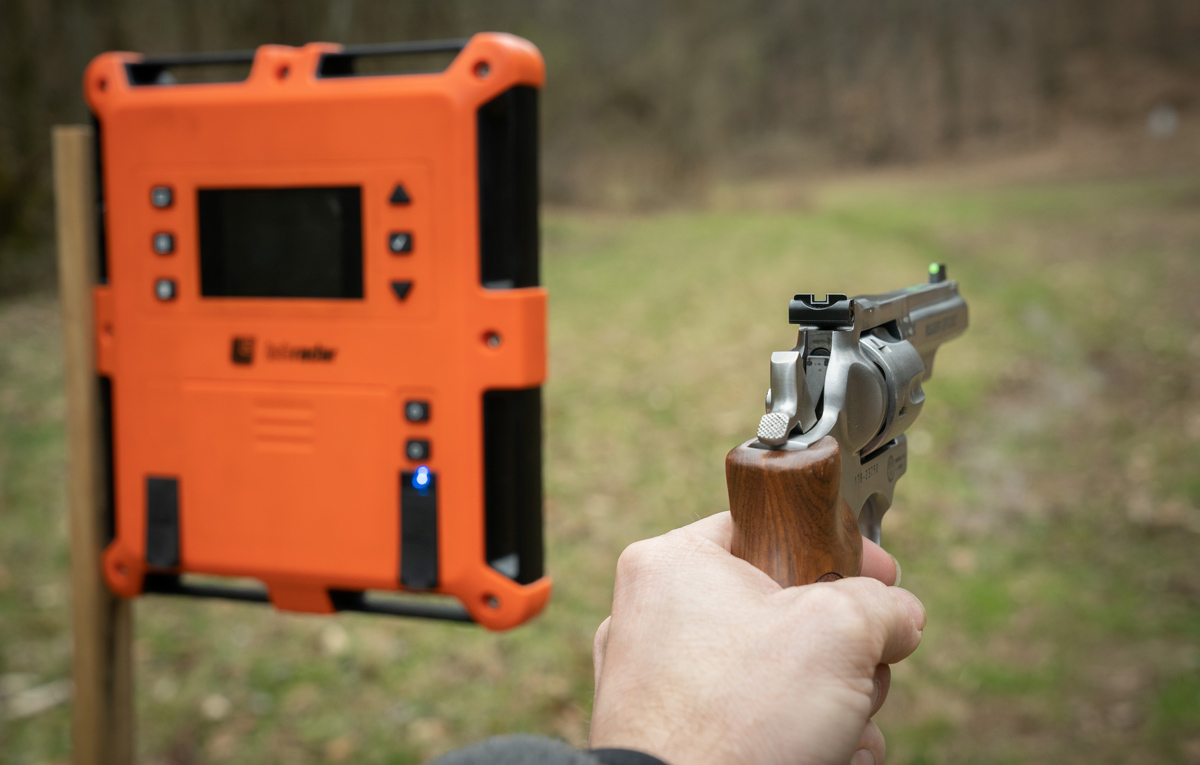 The speed of the bullet will have a major impact on performance, including terminal ballistics, expansion, and penetration, as well as shot trajectory. Because it has an extended case, which means more propellant behind the bullet, the .357 Magnum in general has higher muzzle velocity. This faster speed comes despite the fact that it generally packs a larger bullet than the 9mm Luger, as a heavier projectile (assuming all other factors are the same) will have a slower speed.

We see this repeated in other products. Tula Ammo, which makes budget-friendly steel-cased FMJ rounds, has 115-grain FMJ rounds that travel out of the muzzle at 1,150 fps. The .357 Magnum FMJ rounds from this manufacturer are rated at a muzzle velocity of 1,280 fps.

Because the .357 Magnum has higher velocities and generally packs heavier bullets, it inevitably has greater muzzle energy, both at the muzzle and downrange.

Trajectory can be fairly complex, as wind speed and direction, barrel length, and bullet type all make a difference. Also, pencil-straight trajectories are less of a concern for handguns than long-range rifles. Each cartridge in this comparison has an advantage in trajectory; for the 9mm Luger, the lighter bullets allow the projectile to drop slower. However, the increased speed and force behind the .357 Magnum helps it maintain momentum, reducing downrange drop.

The .357 Magnum usually wins out in trajectory, as the increase in power results in less drop. This is really only a factor for people who hunt with the .357 Magnum, as distance is not a major concern for personal defense. (One would rarely, if ever, use a personal-defense handgun at 50 yards.)

Winner: .357 Magnum (Only a serious concern for hunters and target-shooters.)

A soft, manageable recoil is popular for a couple reasons, and the 9mm Luger tends to be more friendly in this category. Light recoil, as opposed to a hard slam against your hands, makes followup shots easier, and also makes training more enjoyable and relaxing. For this reason, many novice handgun owners choose the 9mm Luger for their first handgun. (You won’t find many firearms instructors recommending the high-powered .357 Magnum to a beginner.)

How many rounds is appropriate for self-defense? Most firearms users (including professionals), would never claim a gun carries too many. In that case, you can generally find handguns chambered for 9mm Luger that will carry 13 or more cartridges. The .357 Magnum, on the other hand, is usually loaded into revolvers, which are usually limited to five or six shots.

After all that discussion, let’s look at the tally:

Both of these cartridges give you excellent performance, but if you want greater power and speed, choose the .357 Magnum. If you want an affordable cartridge with less recoil and higher load counts, the 9mm Luger is probably the best choice. For self defense, you need to ask yourself which is preferable: a more powerful shot, or more total shots?

Either cartridge is capable of reliable self defense. For target shooting, the 9mm Luger is probably better if price is a concern. After all, you can go through hundreds of rounds in an afternoon at the range, so a difference of five to ten cents per round can make a profound difference on your budget. (At a difference of, say, $0.07 per round, that’s $140 after 2,000 shots.)

However, if you want a handgun for hunting, the greater speed, energy, and straight-line trajectory of the .357 Magnum is likely your best choice.

No matter which you choose in the 357 magnum vs 9mm debate, you’ll find affordable rounds for both at ammotogo.com!