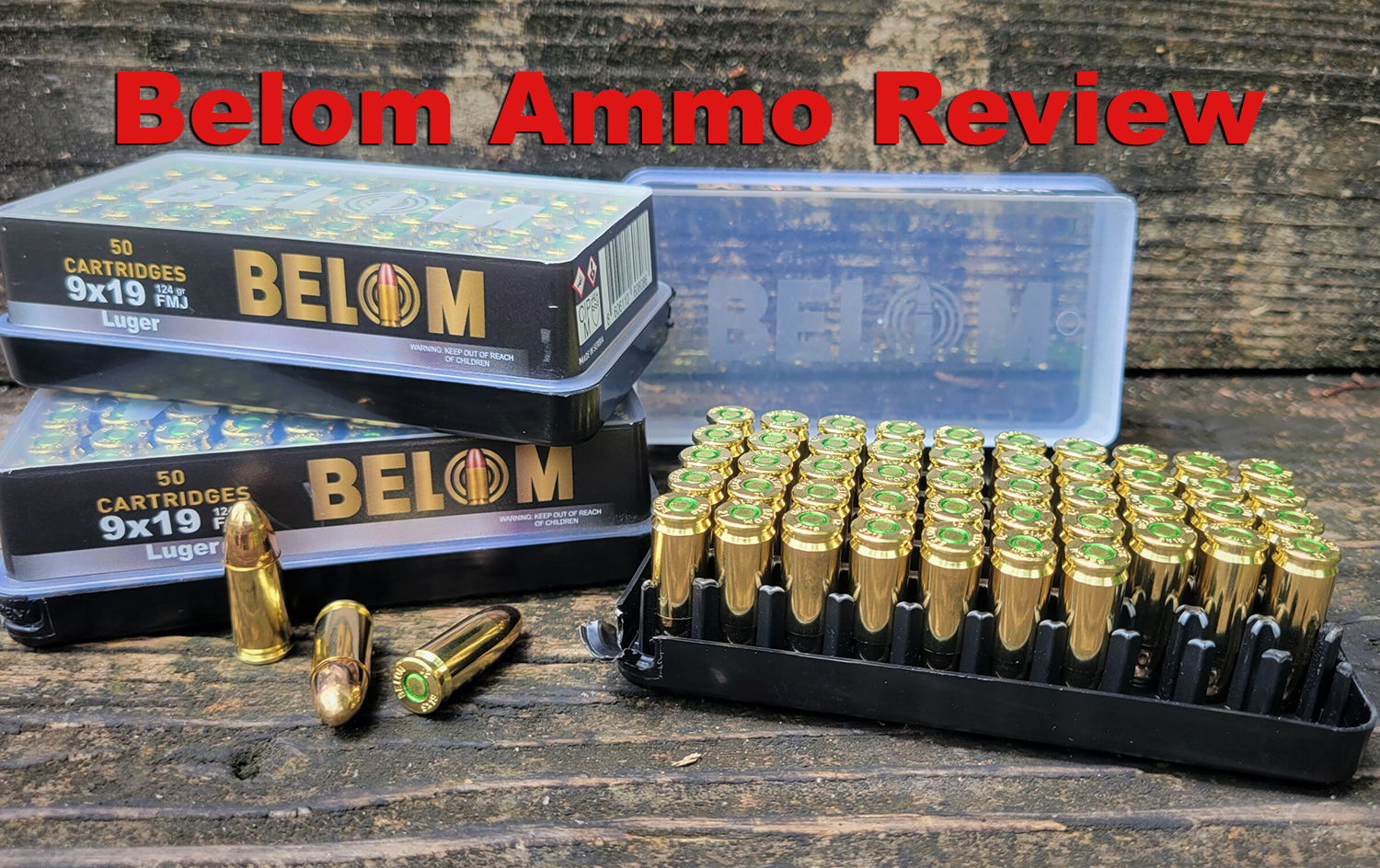 An in-depth look at Belom ammo including range chronograph test results and impressions.

A relatively new (and foreign) name to the U.S. civilian ammo market, Belom is catching more eyeballs as a cost-effective option for training. To see if the brass-cased loads are worthy of your investment, we recently took a few hundred rounds to the range as part of this Belom ammo review.

The Great Ammo Shortage of 2020 has left lingering effects on die-hard shooters. A craptastic cocktail of raw material shortages, pandemic supply chain issues, an influx of new gun owners, a Remington bankruptcy, and foreign ammo import restrictions have had long-lasting effects on our ammo options.

Although we are well into 2022, we’re still feeling the sting. High prices and empty store shelves have left us rationing ammo and praying for relief.

Prior to these trying times, many of us were adamant about only feeding our carry weapons a particular brand of ammo. However, desperate times call for desperate measures, and these are indeed desperate times.

When you’re more likely to find hen’s teeth than your go-to practice load, it’s time to get creative and make some compromises. That sometimes means reaching for an ammo brand you’ve never tried before.

Belom is a small arms ammunition factory that operates out of Serbia and is partially owned by the Serbian government. Founded in December 2015, Belom is the sister company of PPU (also known as Prvi Partizan).

Here are all the relevant manufacturer’s stats for Belom 9mm Luger ammo. 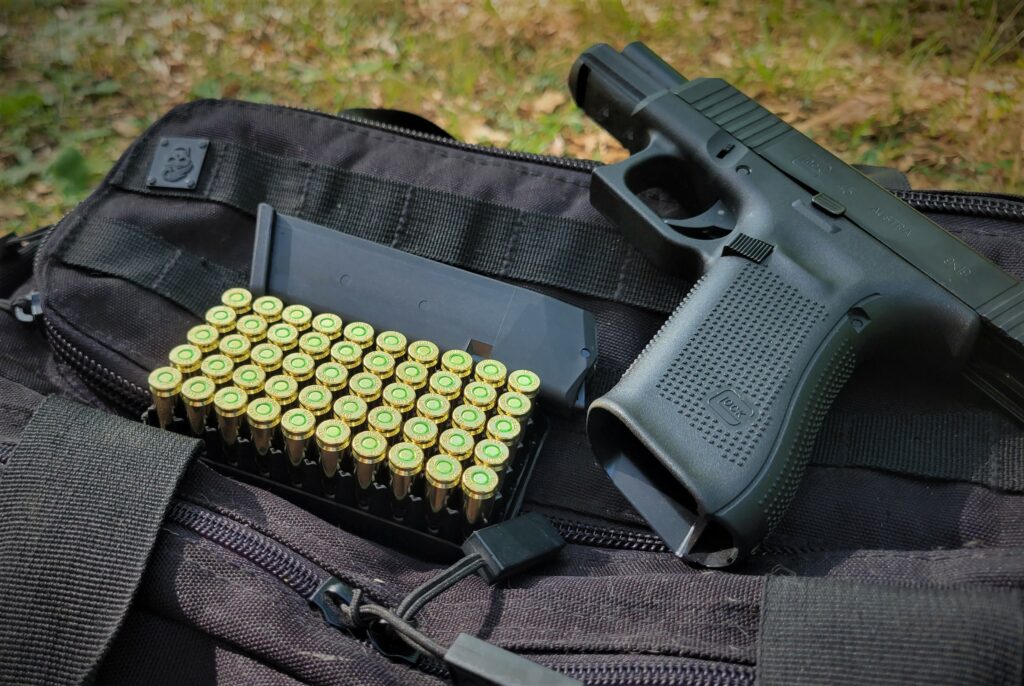 Blindly grabbing ammo from a company you’ve never heard of has risks. You could end up with unreliable rounds that wreak havoc on your gun. No matter how cheap the price tag is, it usually isn’t worth the potential hazard of running subpar ammo through your favorite firearm.

Here’s what I found. 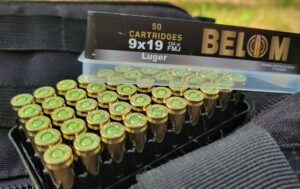 I admit I’m a big fan of Belom’s packaging. The partially clear plastic box is only about ⅔ the size of bulky American cardboard ammo boxes. That means you can easily fit a whole case in an ammo can, packaging and all.

Belom’s plastic packaging is also waterproof, which means you’ll want to keep them sealed until you are ready to shoot.

The package is fairly easy to get into. Just pull off the plastic tab and the container pops open like Grandma’s Tupperware. If you don’t shoot through a whole box (You have far better restraint than me), the lid pops right back on for easy storage until your next range day.

The velocity of each individual round isn’t really all that important. Neither is the average velocity of all the rounds I sent through the Glocks. To find consistency, the two most important mathematical terms are extreme spread (ES) and standard deviation (SD).

During my range session, Belom’s average velocity was 1028 fps. That number is significantly lower than the manufacturer’s 1115 feet per second claim. However, Belom found their average velocity using a 7.9-inch barrel. Compact Glocks have 4-inch barrels, and barrel length has a huge impact on muzzle velocity.

Ammo made with consistent components loaded to exacting standards should produce a relatively low ES.

As a result, the Extreme Spread of my Belom lot was a whopping 772 fps.

While extreme spread gives an idea of the full range of velocity performance, it isn’t the best measure of consistency. One cartridge that produces a velocity well outside the average of the group (like that wimpy 327-fps round) creates a larger ES.

The better measure of consistency is actually standard deviation (SD).

There is a super complicated formula for calculating SD, but I’ve done the heavy math lifting for you.

The standard deviation of the Belom ammo shot during range testing was 136.5295.

If we drop that single super-slow round, we end up with a standard deviation of 21.8780, which is fairly average for practice ammo.

The accuracy of the Belom rounds was about equal to other practice loads I’ve used (usually Speer Lawman or Federal Premium). But we all know accuracy is usually more in the hand of the shooter than in the ammo running through the gun. At self-defense ranges, you shouldn’t see huge differences in accuracy.

When we pull the trigger on a loaded pistol, we expect to hear a loud pew. There are few things more disheartening than hearing a faint “click” in place of that pew.

As shooters we want our ammo to feed and cycle reliably. Glocks are not finicky eaters, so when one ends up with indigestion, it’s more likely the ammo than it is the pistol (especially if that pistol is well-maintained).

I ran 299 rounds of Belom ammo through my Glocks with nary a problem. But one round with a problem is enough to shake your confidence. 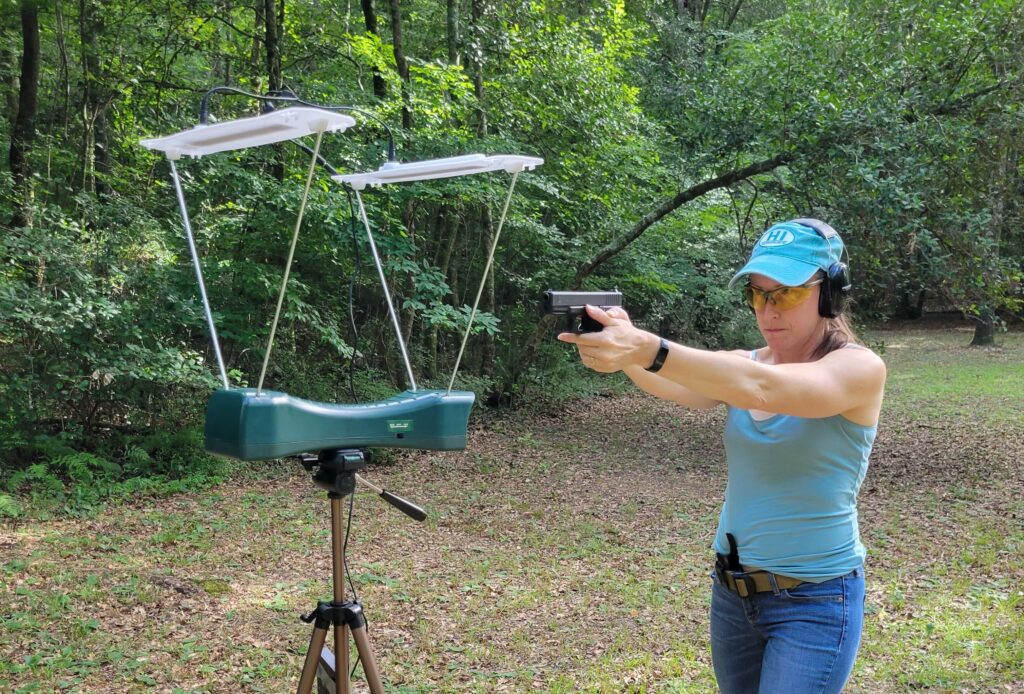 Round #60 registered only 327 fps on the chronograph. Since the shot sounded and felt pretty much like the 59 I’d fired before it, I initially thought the chronograph was just being persnickety.

However, that paltry 327 fps on the screen was certainly right, because that round didn’t generate enough pressure to completely cycle the action.

Semi-automatic firearms rely on the pressure generated by cartridge ignition to cycle the action. When a round doesn’t produce enough pressure, bad things like stove pipes (partial case ejections) and squib loads (where bullets become lodged in the barrel) happen.

I was lucky enough to end up with a simple failure to feed (where the firearm fails to feed the next round into the chamber).

It is worth noting that a test group of 300 rounds isn’t all that much. It is completely possible that I could have fired 1000 rounds without experiencing another failure to feed.

One round out of 300 is only a .33% failure rate (or a 99.66% success rate for you glass-half-full types). However, that one subpar round was enough to shake my confidence. Another thousand rounds or so, and I might be okay.

If you’re looking for cheap practice rounds, Belom 9mm definitely fits the bill. Buy them in bulk and the price is comparable to Blazer Brass and many other 9mm FMJ ammo options.

If you usually burn through Magtech, Speer Lawman, or American Eagle FMJs for practice, you’ll be saving a few pennies per round. However, those pennies add up quickly over a couple of hundred rounds of practice ammo.

Belom’s 9mm FMJs definitely don’t fall into the “clean-burning” category. Not only did these loads leave my Glock in desperate need of a cleaning, but they also left a ton of residue on my hands.

While any range session is going to end with a good bit of grime, the amount of visible soot on my hands after only a few hundred rounds was a bit concerning. Thank you, De Lead soap!

We also carry Belom’s 7.62×39 brass-cased ammo. These loads are priced competitively relative to other brass-cased options, and as American shooters search for cheap rounds to replace cheap Russian, steel-cased ammo for their AKs, Belom becomes a viable option. So far, reviews have been mostly positive with the only real reliability complaints coming from SBR operators.

If you’re having a hard time getting your hands on American-made practice ammo, or you’re just itching to try something new, Belom 9mm Luger FMJ loads are super affordable. The packaging and sealed primers also make these loads perfect for long-term storage.

If you want to put Belom through your own test, AmmunitionToGo.com has several options available.

Who is Georg Luger?