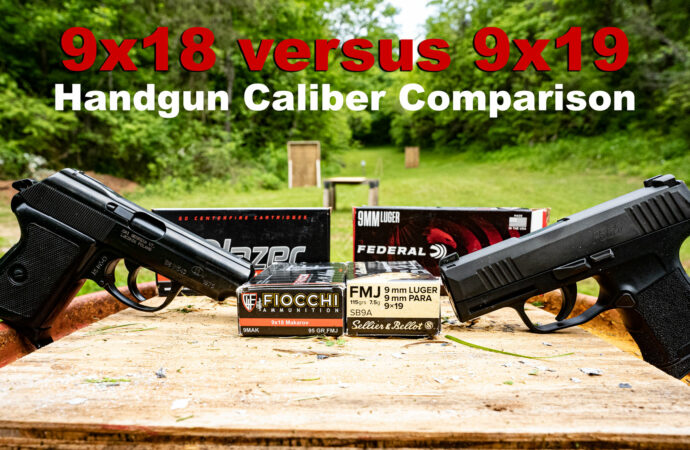 By the numbers in their names alone, the 9x18mm Makarov and the 9x19mm Parabellum (aka 9mm Luger, or simply 9mm)  seem nearly identical. They are in fact very different cartridges. This short article explains what separates 9×18 vs 9×19 ammo as it relates to origin, dimensions, and performance. Origin of the 9x18mm During WWI and

By the numbers in their names alone, the 9x18mm Makarov and the 9x19mm Parabellum (aka 9mm Luger, or simply 9mm)  seem nearly identical. They are in fact very different cartridges. This short article explains what separates 9×18 vs 9×19 ammo as it relates to origin, dimensions, and performance.

Origin of the 9x18mm

During WWI and the first part of the Cold War, Russia’s standard semi-automatic pistol cartridge was the 7.62x25mm Tokarev. Although the round remains in official use in some Eastern European countries to this day, Soviet Russia sought to replace the 7.62x25mm as a means of addressing performance issues with its companion handgun. The TT-33 pistol was relatively heavy, and it had a nasty habit of ejecting its magazine during operation.

Russia wanted a direct blowback design for their next service handgun. Most weapons with that action are more economical to manufacture than a locked breech weapon. So, they designed a new round to be as powerful as possible without overloading the blowback system. This cartridge was named after its designer Nikolay Fyodorovich Makarov. That man also gave his name to its companion pistol, the Makarov PM. Both entered production in 1951.

Origin of the 9x19mm 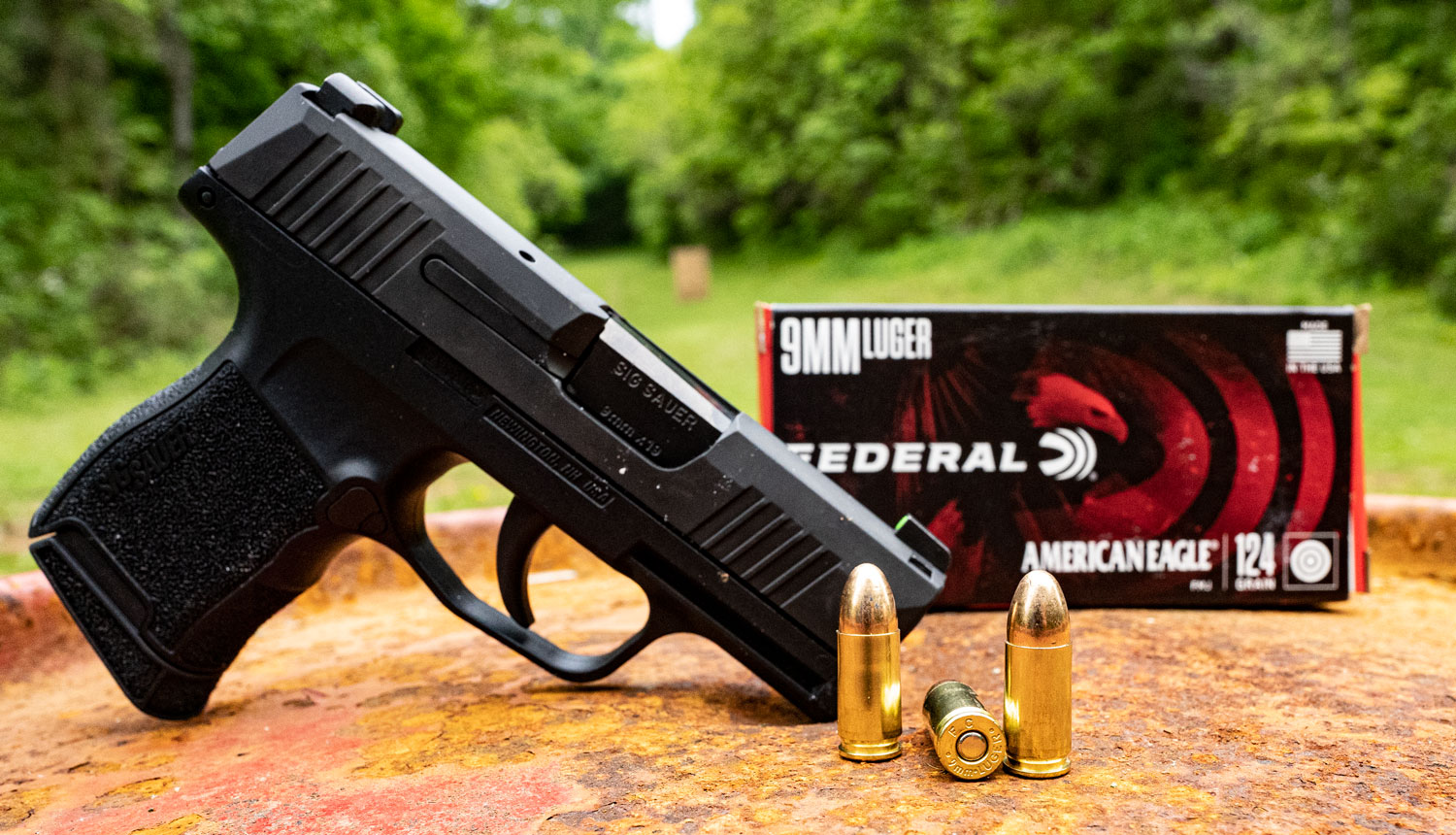 Luger’s new cartridge was first adopted by the German navy in 1904. Following its big debut in WWI, many other countries would go on to chamber their handguns and submachine guns for 9x19mm. Today it remains the world’s most popular pistol cartridge for self-defense: In 2013, approximately one out of five cartridges sold online in America was a 9x19mm. 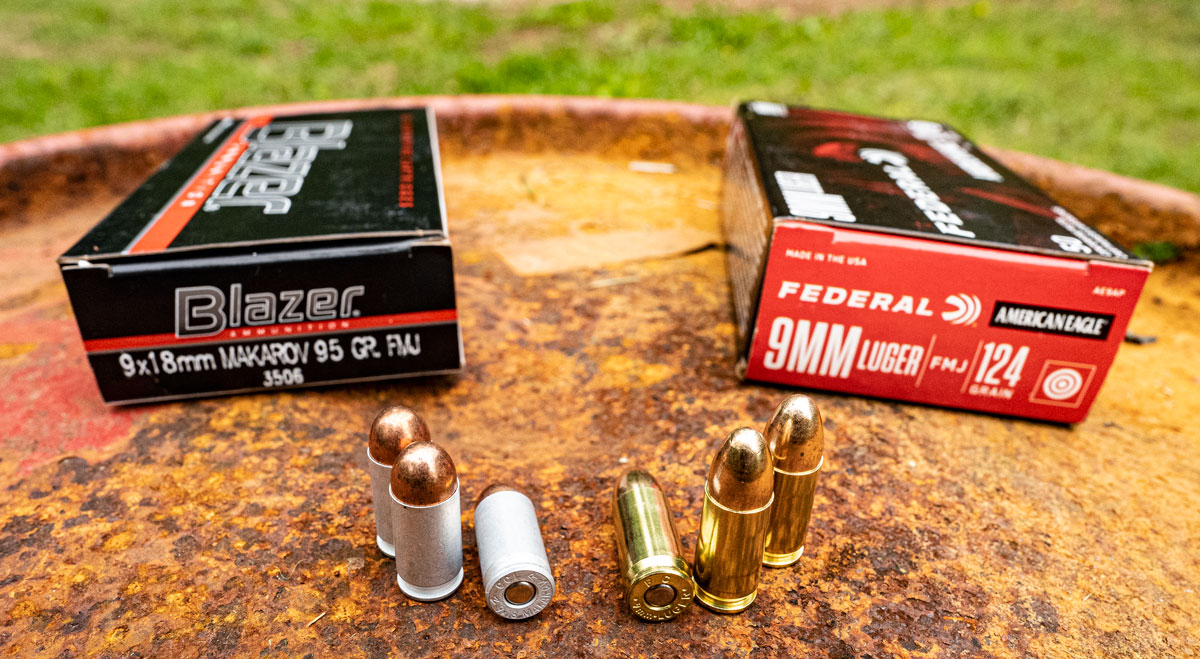 First, let’s look at the obvious difference between the two rounds. The number that follows the 9 in either round’s name represents its case length.

The two rounds are similar enough that handloaders can use the same primer, propellant, and shell holder for either. Their casings themselves are not interchangeable, however. The 9x18mm’s case is 1.05mm shorter, so it will not headspace correctly in a handgun chambered for 9x19mm (and vice versa). Furthermore, the 9x19mm’s bullet is not compatible with the 9x18mm’s wider bore, and the 9x19mm’s substantially higher chamber pressure would also destroy a blowback-operated 9x18mm firearm.

Why would the Russians go out of their way to make a cartridge so similar to the 9x19mm, and yet just different enough that it couldn’t chamber in the same handgun? Primarily to prevent enemy forces from commandeering their ammo supplies! 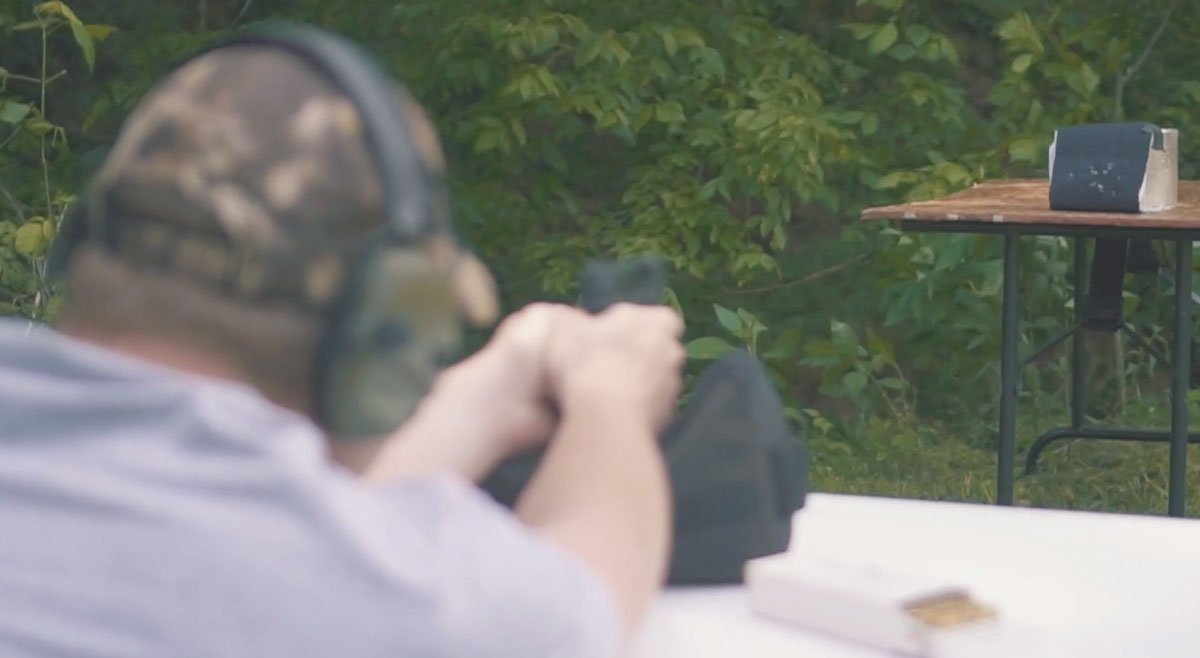 The big difference between the 9x18mm and the 9x19mm is the action of the weapon that fires them. The 9x18mm was designed for an economical blowback pistol, where the recoil spring alone holds the breech closed. This type of operation can only accommodate so powerful a round, and indeed the 9x18mm is the upper limit of what a blowback action can accommodate. With only a spring to absorb its recoil, a 9x18mm handgun creates relatively powerful perceived recoil for its shooter. Many shooters observe that a 9x18mm handgun’s fixed barrel provides greater accuracy, however.

Although a 9x19mm can work with a blowback action, nearly all handguns chambered for it are recoil-operated. Recoil operation permits a more lightweight handgun design than a blowback action can, and furthermore exerts less recoil on the shooter. This is a key difference between the two cartridges: The 9x19mm delivers less recoil.

Apart from their recoil, the 9x18mm and 9x19mm have different ballistic performance. The 9x19mm is more powerful, which is why it’s so rarely implemented in a blowback action. Its bullet is not only heavier, but it furthermore has a faster muzzle velocity to transfer superior energy to its target. Even a cursory glance at two representative cartridges’ data at once reveals that the 9x19mm packs a greater punch than the 9x18mm.

9×19 is also your likely choice for self-defense purposes too.

We tested dozens of 9×19 rounds as part of our efforts to find the best 9mm ammo for self-defense. In those tests, we fired rounds through a 4-layer fabric barrier and into ballistic gelatin. Basically, we borrowed a lot of what the Federal Bureau of Investigation uses to evaluate ammo for its agents.

To try to keep things consistent and eliminate testing a “good load” in one caliber versus a “bad brand” or something like that in the other, let’s look at Hornady Critical Defense rounds in each caliber.

In summary, the 9×18 didn’t perform poorly but the expansion of the rounds was clearly lacking relative to the larger 9×19 ammo we tested. If all other things were equal, you’d probably rather have 9×19 Luger in your carry pistol than Makarov based on these results.

If you are in the market for self-defense ammo, we suggest you checkout the gel testing we’ve conducted at the link above. Of course, you can see more images of the 9×18 gel testing in the slideshow below.

If you had to choose between 9×18 and 9×19 for your carry weapon, you wouldn’t have to scratch your head for very long. The 9×19 is more powerful with manageable recoil, delivers a flatter trajectory, and is so popular that you can find it anywhere ammo is sold. The 9×18’s fixed barrel may provide some advantage to accuracy, yet with its heavier recoil and lesser availability it’s really only for Russian firearm enthusiasts. It’s amazing how different two so similarly named cartridges are from one another!