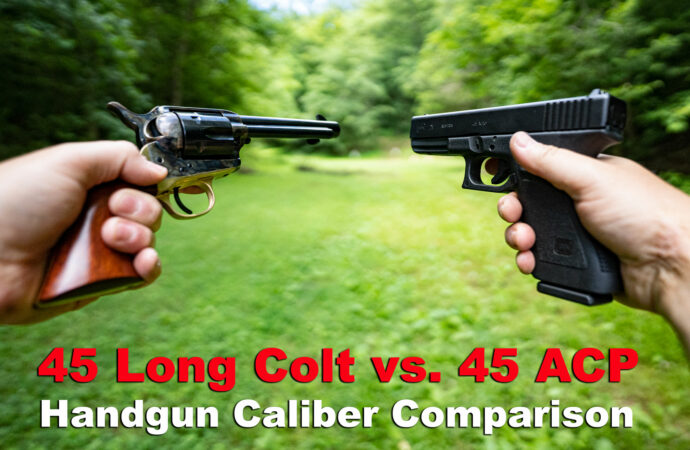 A side-by-side comparison of two popular handgun calibers, the 45 Long Colt vs 45 ACP.

Between the .45 Long Colt vs 45 ACP cartridges, there’s over two and a half centuries of combined history. These cartridges have seen it all, from casual target shooting to all-out war. For modern shooters today, they continue to deliver the performance, consistency, and accuracy we expect.

Comparing the two can be tough, largely because their performances are so similar. However, there are certain differences that all gun owners should understand, especially the differences in firearms. 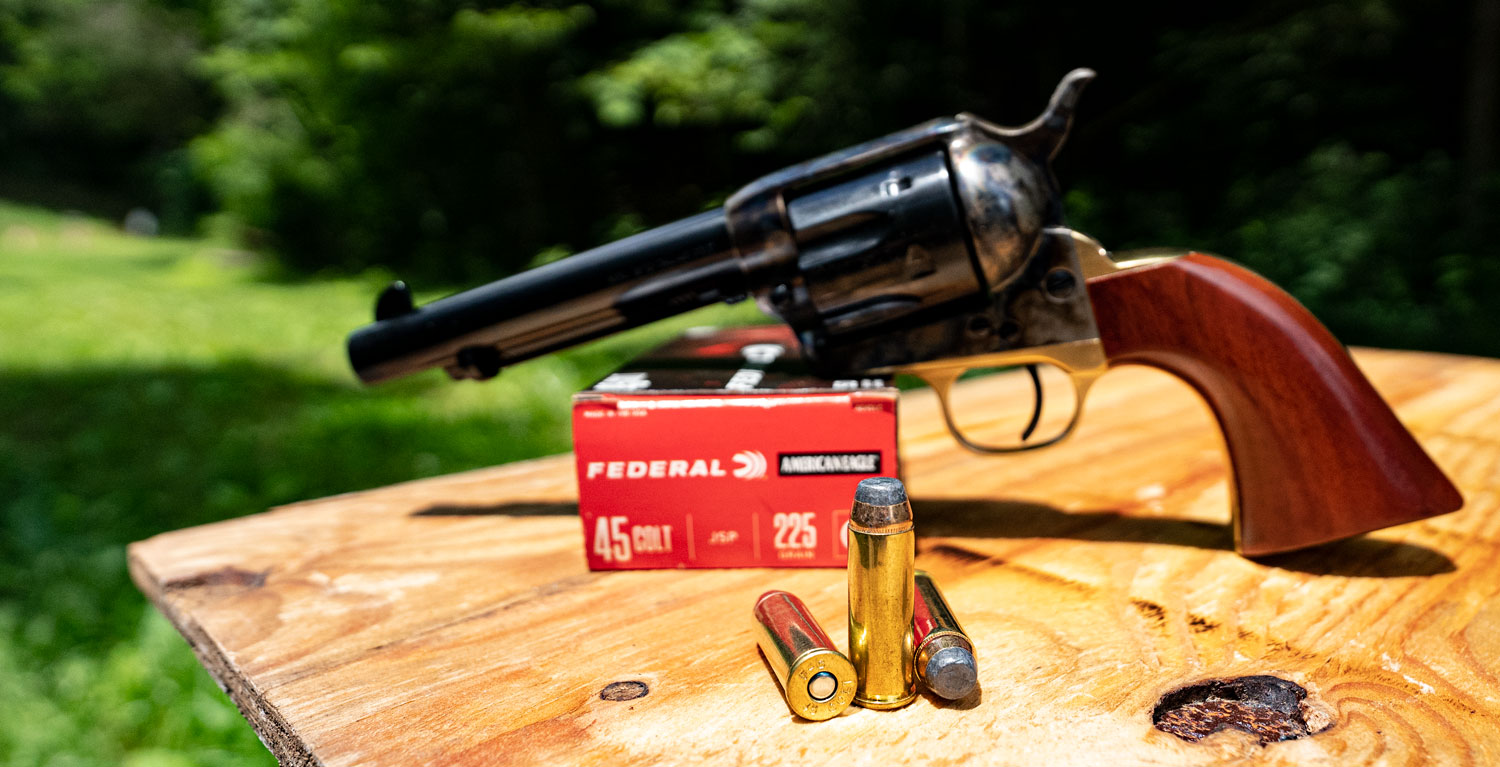 The .45 Long Colt is one of the most important cartridges in American history. Largely seen as the quintessential western round, it was first made as a black powder round through a partnership between Colt and the Union Metallic Company. It was released just before the Colt Single Action Army revolver, a highly effective weapon that was eventually dubbed “The Peacemaker.” The cartridge and the revolver fueled each other’s success, and became popular for military sidearms and private weapons.

45 Long Colt remains popular for use by hunters and sport-shooters, and can be relied on to drop deer, black bear, and other game animals. It is still a highly effective round for personal protection, and is found in homes and concealed-carry weapons across the country.

There is a bit of a controversy over the name of this cartridge, as some claim it should only be called the “.45 Colt” not “Long Colt.” Basically, naming was complicated by early manufacturers squabbling over what it can and can’t be called, as well as military naming logistics. You can certainly research this complex history if you choose, but just know that, as of today, it’s perfectly acceptable to call it the “.45 Colt” or “.45 Long Colt.” Either way, people will know what you’re talking about.

The .45 Automatic Colt Pistol (ACP) was released in 1911 as a replacement for the .38 Long Colt (not to be mistaken for .45 Long Colt), the .45 ACP was meant to have ballistic performance similar to the .45 Colt while delivering a higher carrying capacity to soldiers and law enforcement. First used in World War I, it became a popular option among military and private users.

Legendary cartridges usually have a legendary firearm. The .45 ACP has the M1911, one of the most favored handguns in history and a design that is copied, replicated, and repeated to this day. The .45 ACP offers excellent power, reliable accuracy, and consistent performance, making it ideal for almost any activity from hunting to personal protection to enjoyable shooting sports.

Everyone is operating on a budget, and even the most wealthy of handgun owners need to consider pricing. While neither of these cartridges are outrageously expensive, it appears .45 ACP ammo is the more affordable round. There is plenty of overlap in pricing, but as of writing this article the lowest per-round price for a .45 Auto was $0.39, while the lowest .45 Long Colt cost $0.56 per shot.

This range is a result of the .45 Auto’s greater variety of ammunition. When writing this article, there were 30 different options for Auto rounds, but only 15 for the .45 Colt. It’s likely that you’ll see similar results on store shelves. Essentially, gun owners will have more options for .45 Auto rounds, so you’ll be more likely to find affordable options when shopping online or looking in stores.

But in comparable products, it appears the .45 Colt may have an advantage. Hornady makes Critical Defense rounds for both cartridges, and the .45 Colt is actually slightly cheaper. However, if affordable shooting is a priority, you’ll likely prefer the greater options for the .45 Auto. 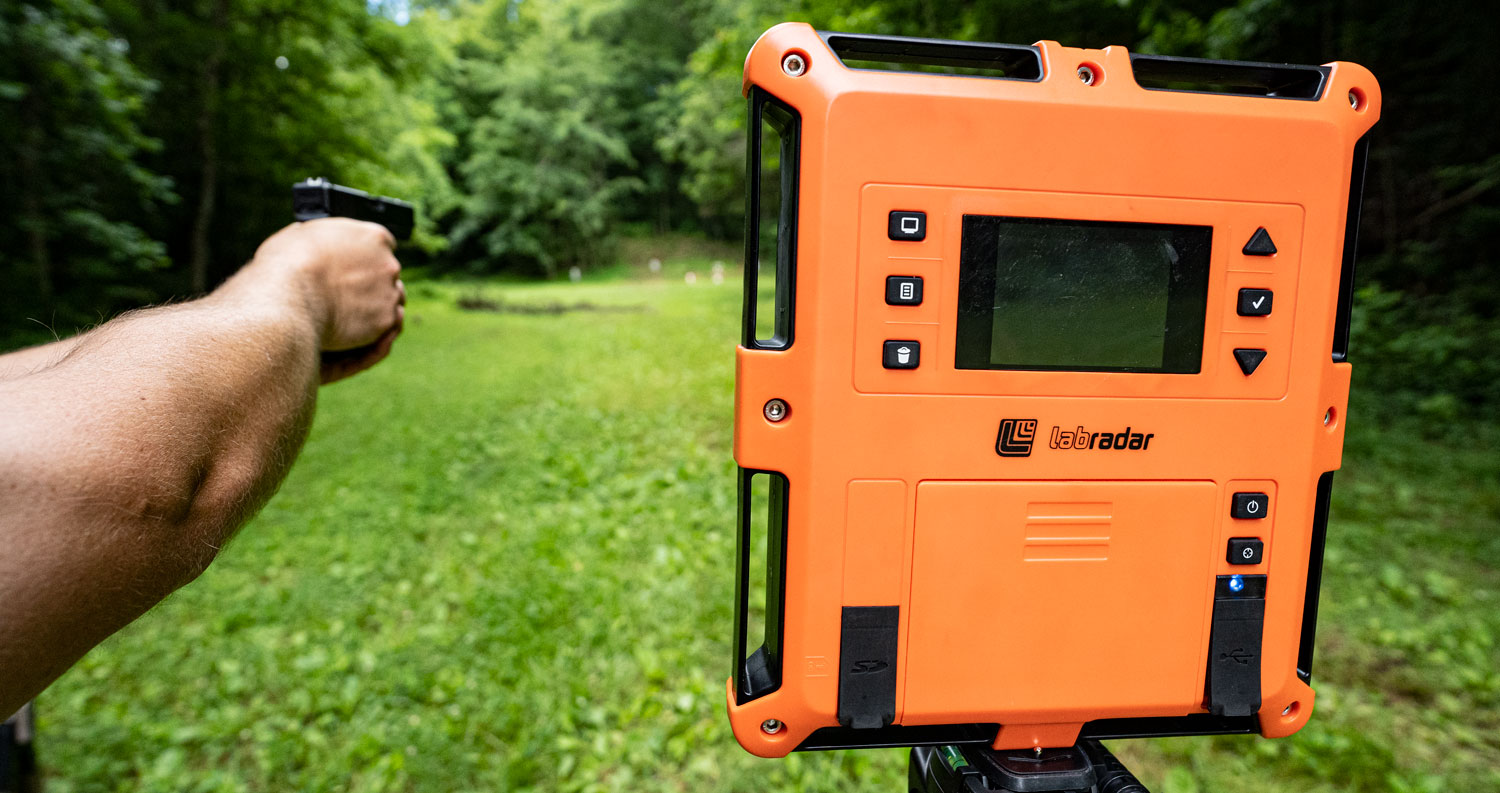 For many shooters, velocity may be the most important stat, as it has a direct impact on accuracy, energy, and terminal performance. Unfortunately, these two cartridges are so similar in performance that determining a clear winner is tough.

To fairly compare cartridges , it’s best to look at products that are as similar as possible. The Critical Defense rounds that we compared above are a great start. Both have 185-grain projectiles and come from the same product line, providing excellent consistency. In this case, the .45 Colt has a velocity of 920 feet-per-second (fps), while the .45 Auto has a muzzle velocity of 1,000. Notch one win for the automatic.

Overall, it appears the .45 Auto is slightly faster in comparable products, but shooters will not see a significant difference between the two.

When it comes to energy, we see similar results. The .45 ACP generally delivers higher numbers but not so high that it overwhelms the .45 Colt. The 185-grain Critical Defense rounds bear this out. The .45 Colt has a muzzle energy of 348 foot-pounds (ft-lb), while the .45 Auto has 411 ft-lbs.

This where a real difference in seen. If carrying more cartridges in a single load is important, you will generally prefer the higher capacity of semiautomatic weapons chambered for the .45 Auto than revolvers made for the .45 Colt. Model largely determines carrying capacity, but you’ll usually find .45 Auto pistols that are capable of carrying as many as ten rounds (chambered round included), while .45 Colt revolvers usually carry six rounds.

So we just went through some of the most important factors for each cartridge and found that the .45 Auto was the winner in all of them. Does that make it a superior cartridge?

They are simply different rounds made for different purposes. The .45 Auto is intended for semiautomatic weapons. Shooters often rely upon it for self-defense and personal protection, as well as recreational target shooting. The .45 Colt, on the other hand, is often more of a nostalgia piece. Without a doubt, it is an effective cartridge, and has actually found a recent calling among compact personal-protection revolvers, but many of the weapons that use the .45 Colt are replica pieces, not advanced modern firearms.