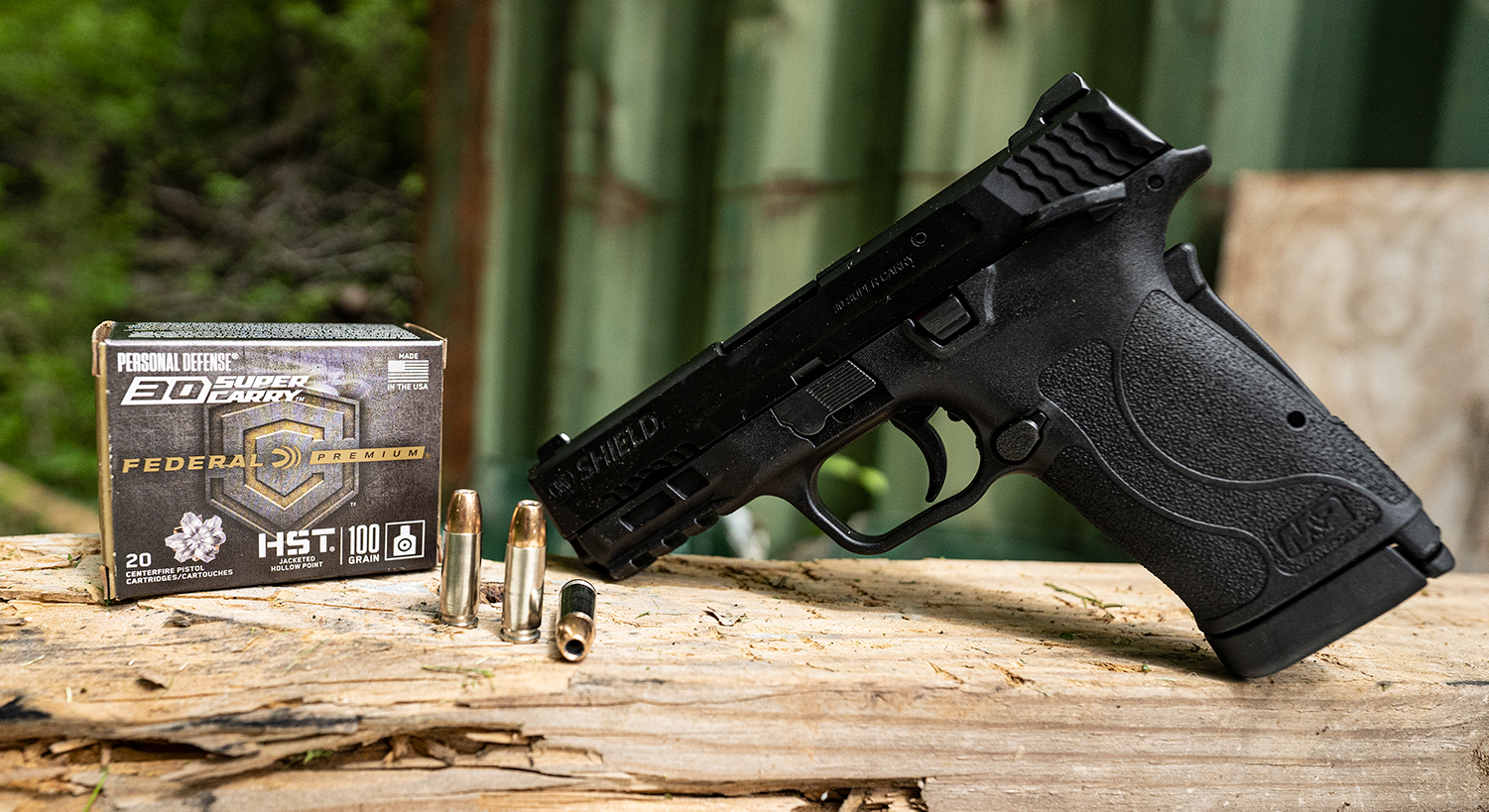 A look at the relatively new 30 super carry cartridge and how it stacks up to 9mm and 380 ACP for self-defense.

It’s practically a tradition in the ammunition industry. Every year (it seems) a manufacturer comes out with a new product that, according to their marketing team, is fated to revolutionize the shooting industry.

More power, greater accuracy, less recoil, the stopping power of a .44 Magnum in a caliber the size of a .22 Short. (That last one may have been an exaggeration.)

In 2022, Federal delivered the 30 Super Carry. This cartridge is intended specifically for conceal-carry purposes, and it’s meant to fit somewhere between the 9mm Luger and the .380 ACP.

Will it succeed? Will it meet the needs of modern gun owners and be adopted by concealed-carry users across the country? Or will it become yet another cartridge in the long history of highly-touted yet commercially unsuccessful rounds.

We, the gun-owning and ammo-buying consumers, will eventually determine whether the 30 Super Carry soars or sinks. But for now, let’s take a closer look and see how it compares to the two main cartridges it seeks to dethrone: the 9mm Luger and the .380 ACP.

What is the 30 Super Carry?

30 Super Carry ammo is a cartridge made for concealed-carry and personal protection. It is based largely on the .327 Federal Magnum, a revolver round.

Here are the dimensions and other stats for the 30 Super Carry:

This round is slimmer than both of its competitors, yet it still has a bullet that is 100 grains or heavier.

As with most new cartridges, there is only a small group of manufacturers making the 30 Super Carry. This may change if more users adopt the round, but currently the selection is largely limited to Federal Premium, Speer, and CCI.

From Federal Premium, users can find the American Eagle brand with full metal jacket bullets, as well as the Personal Defense HST, a type of jacketed hollow point. Both of these products pack a 100-grain bullet.

Speer currently has a 30 Super Carry product in their popular Gold Dot brand. This cartridge carries a 100-grain hollow point bullet and uses a nickel-plated case.

From CCi, gun owners can find the Blazer Brass 30 Super Carry round. This cartridge uses a 115-grain full metal jacket flat nose bullet and is intended as an affordable target-practice round.

What Guns are Currently Available?

Gun options are also limited. Currently there are only two manufacturers (that we can find) making handguns for the 30 Super, but this too could change.

The other manufacturer that has options for the 30 Super Carry is Nighthawk. Their 1911-style handguns have an impressive design, yet they pack this smaller, lighter cartridge.

How Does Super Carry Compare to Other Rounds?

Loaded with a .312-inch bullet, the 30 Super Carry has a projectile that is slightly smaller than 9mm Luger ammo, perhaps the most popular personal-protection round currently available. The round capacity for the 30 Super Carry is one or two rounds more than the 9mm Luger for comparable products. Two more rounds may seem minimal, but many conceal-carry owners will appreciate the added rounds.

But how do they compare in ballistics?

Physically, the .380 ACP (aka the “.380 Auto”) and the 30 Super Carry are very different. One is squat and compact (.380), while the other taller and slimmer (30 Super Carry). However, the 30 Super Carry largely has cartridges that are heavier than the bullets in 380 ACP ammo. While the Super Carry has 100-grain and 115-grain rounds, the .380 ACP is generally found around 85 to 95 grains. There are, however, options for this round with weights above 100 grain.

From a muzzle-ballistics standpoint, it appears the 30 Super Carry may have an advantage. Not only does it have faster muzzle velocities, that speed leads to stronger muzzle energies. If the 30 Super Carry generates a following, these stats could be a major reason.

Rather than rely on the manufacturer data, we got our hands on Smith & Wesson’s Shield EZ 30 Super Carry.

With the Shield’s 3.8″ barrel, velocity didn’t get quite as high as what most manufacturer provided tables suggest. 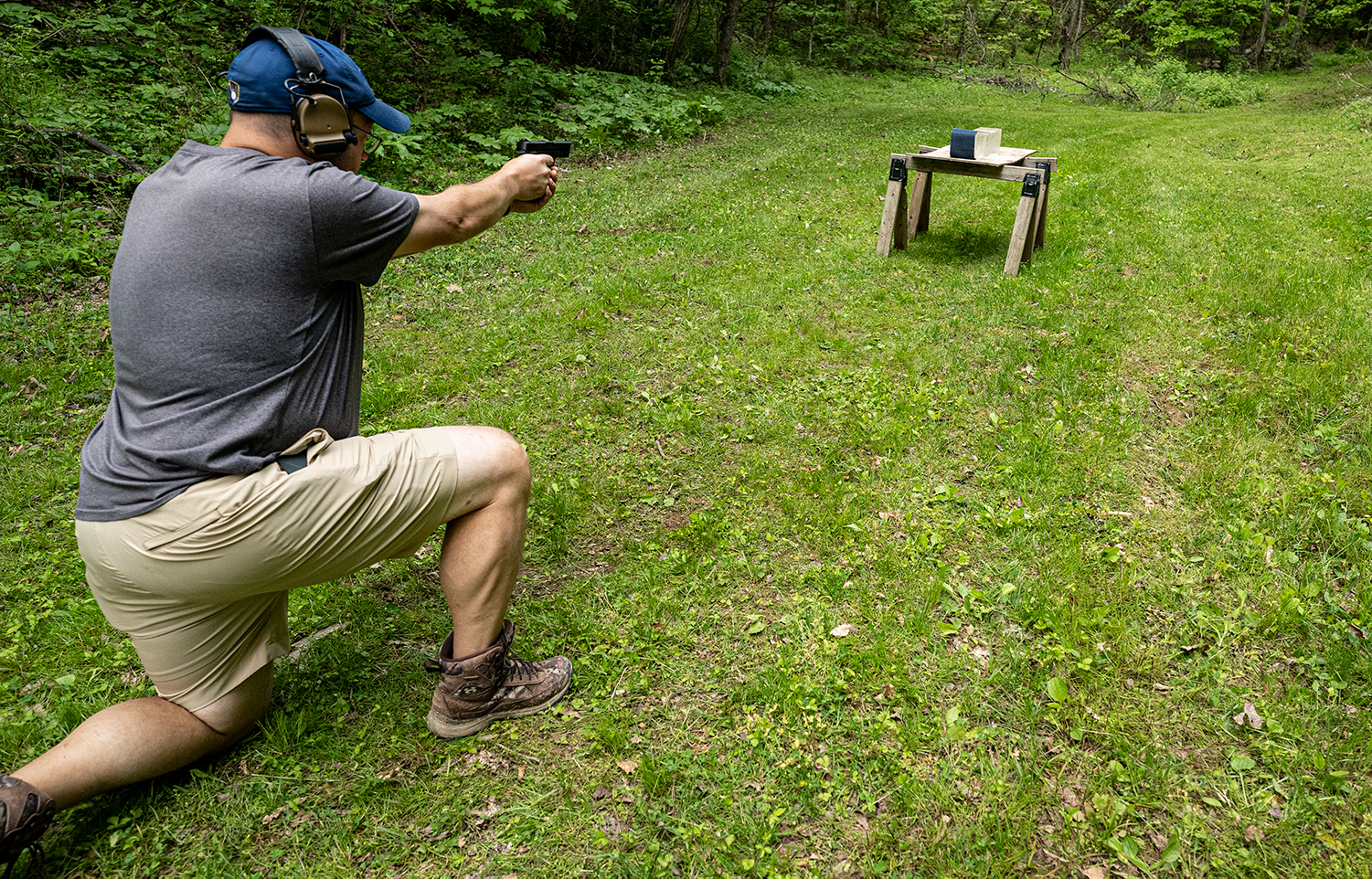 Now that we know how the calibers compare ballistically – what does it mean for terminal performance? What’s a better round for self-defense?

Firing through a four layer cloth barrier, we tested each loaded from 10-feet away following similar procedures to what the Federal Bureau of Investigation uses to test ammo.

Our Gold Dot tests presented a bit of a mixed bag when it came to results. Two of our three rounds that stayed within the gel came in at 12-13″ of penetration. That’s close to ideal for the FBI protocol. We did see a third shot that was a bit of a flier. Upon closer inspection, it appeared that bullet didn’t expand and got plugged by our fabric barrier. As a result, it penetrated to slightly more than 21″, farther than most shooters would like.

The Federal HST rounds performed more consistently for us than the Gold Dots did. We saw penetration into the teens and good expansion from the loads.

Aside from the minor issue of the Gold Dots getting plugged and over-penetrating, both rounds presented a good option for self-defense minded shooters.

So, that testing is great and it helps us see that 30 Super Carry is viable as a self-defense cartridge. But is it better than our existing options of 9mm and 380 ACP?

Purely based on performance in the ballistic gel, 30 Super Carry seems to fill a role in between 380 ACP and 9mm. That said, it didn’t perform as well as most shooters would consider comparable 9mm loads. So, does the increased capacity you’ll get with 30 Super Carry give it an edge when it comes to concealed carry shooters? That’s up for you to decide.

It’s hard to say whether the 30 Super Carry will catch on. For now, it has one important disadvantage: pricing.

New products generally have higher prices, and this appears to be the case with the 30 Super Carry; it simply doesn’t have the low-cost options that are available from the tested and trusted 9mm Luger and well-established .380 ACP.

That said, if you want to try something new, add a new item to your gun collection, and experiment with a potentially game-changing cartridge, the 30 Super Carry could be a fine choice.

Now matter which cartridge you shoot, visit ammotogo.com to find the affordable, high-quality rounds you need.