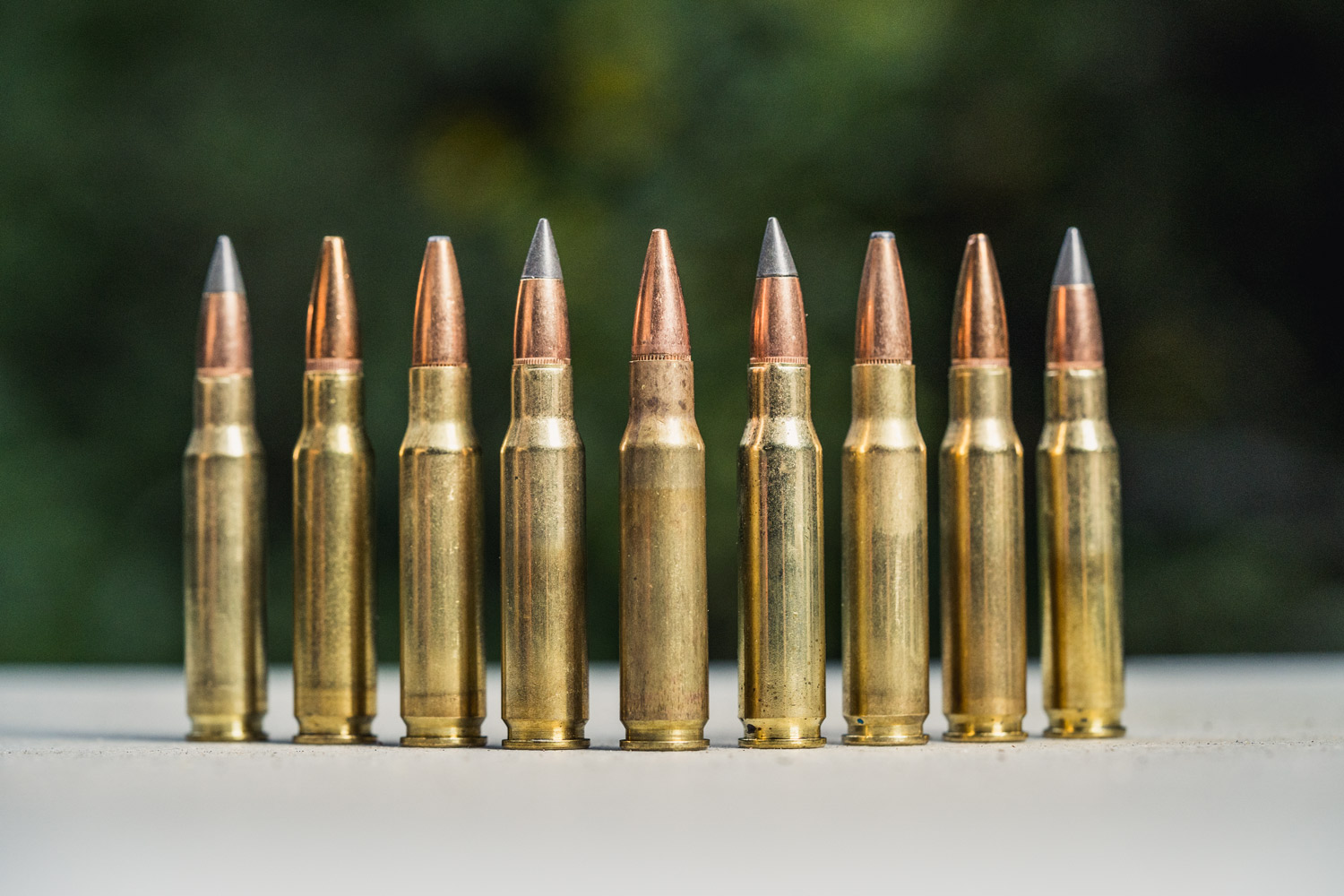 Deer hunters make up the largest hunting culture in the world, with whitetails filling more freezers and adorning more walls than any other game animal. But there are seemingly as many different ammo and bullet options as there are hunters in the field each fall. So how do you determine the best bullets for deer hunting? 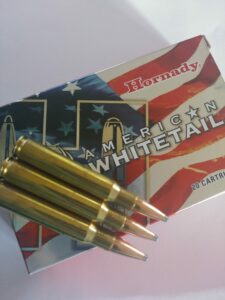 The North American whitetail is the most popular big game animal on the planet. More than 10 million hunters take to the field to pursue these plentiful, yet often elusive, animals every year. These hunters congregate at deer camps, corner stores, and local diners to swap stories and compare notes every fall. These hunters argue the merits of their favorite cartridges with the type of loyalty and passion usually reserved for professional team sports.

Still, no matter which rifle you carry or which cartridge you choose, the only thing that actually makes contact with the deer is your bullet. Modern hunters are lucky enough to have access to a wide array of bullet designs. The options are so vast its easy to feel overwhelmed. Every manufacturer claims to produce the “ideal” load for whitetails. But bullet designs differ greatly in design and terminal performance.

Knowledge is power. Having a basic understanding of projectile differences will help you choose a bullet to help you take down that once-in-a-lifetime buck. In this article, we explain differences in bullet types so you can leave armed to make smart ammo choices, helping swing the hunting odds in your favor this deer season.

The Importance of Hunter Accuracy

In spite of all the marketing and hype from modern ammo manufacturers, there is no “magic deer bullet”. Even if you load your gun with the most expensive, cutting-edge, high performance ammo, there is no substitute for accuracy. A well-placed shot, no matter what you’re shooting, is the most effective way to bring down a whitetail.

Technology is no substitute, so it is incredibly important to be comfortable and proficient with your weapon of choice. Practice is important, both to increase shooting accuracy and to improve confidence.

Since different bullets may shoot differently from the same rifle, be sure to fire some of your hunting loads at a downrange target before hitting the woods. You may want to try several different bullet types before you settle on a favorite.

The Tip of the Bullet

In spite of the influence military firearms have had on the modern deer hunter, traditional military rounds are not necessarily the best choice for deer hunting. Traditional, military-style, full metal jacket (FMJ) bullets produce maximum penetration and hold their shape upon impact with soft issue.  Due to this non-expanding design, FMJ bullets tend to over-penetrate, leaving a narrow wound channel and delivering minimal organ damage.

FMJ rounds have a well-earned reputation for keeping their shape even in extreme conditions, a handy feature for use in tough field conditions. FMJ rounds also offer the smoothest function in modern automatic (and some semi-automatic) weapons.

Maintaining ammunition shape is crucial in settings of war where reliability is key.  However, these are seldom conditions experienced by even the roughest deer hunter. Most hunters agree, the reliable function isn’t worth the sacrifices made in wound creation. The bigger the wound, the more likely you will recover the injured animal. Quick, clean kills aren’t only more humane, they are more likely to fill freezers.

Hollow point bullets are constructed with a characteristic hollowed out tip. When a hollow point bullet strikes soft tissue, the pressure created in the hollow tip forces the soft lead core to immediately expand outward. This increases its diameter as it moves through the target. This expanded diameter maximizes soft tissue damage to create a devastating wound and massive blood loss.

The hollow point design also slows the projectile as it moves through the target, decreasing penetration. Hollow point bullets generally stop inside the target. Because they do not pass straight through, more energy is dumped into the target, creating a concussive effect through the animal. This often causes more internal damage.

Hollow points are highly capable of delivering quick and humane kills. It is no wonder they have become some of the most popular rounds for both hunting and self-defense. However, hollow points deliver rapid, expansive mushrooming. This slows the projectile upon target impact and limits penetration. For whitetails, this doesn’t pose much of a problem, especially at close ranges. For larger game with tougher hides, including elk and even wild hogs, as well as deer shot at longer ranges, this limited penetration could prove problematic. A shallow wound channel, no matter how wide, is not lethal if it doesn’t reach deep vital organs.

You can look at a typical hollow point bullet and see it isn’t particularly aerodynamic. With an almost flat, sunken tip, it’s not a shape you would associate with streamlined flight. While the incredible speed most projectiles travel lessens any aerodynamic inaccuracies at shorter distances, the further a bullet must travel the more exaggerated these inaccuracies become. However, few deer hunters actually need accuracy and killing power beyond 200 yards (and many of us need less than half that distance). The typical hollow point design easily handles these distances.

If you hunt open country, taking frequent shots out to 200 yards or beyond, a hollow point probably isn’t your best option. Instead, you’ll want to choose something with a more aerodynamic design. However, if hunting heavily wooded areas where the typical shot is less than 100 yards, a hollow point should provide enough accuracy and stopping power to drop just about any buck that gives you a shot opportunity.

Deer hunting is rich in tradition and for harvesting good ol’ fashioned venison it doesn’t get much better than the traditional soft point. Effective marketing does a good job at convincing the typical deer hunter that more expensive, fancy, and modern is better. However, the typical whitetail is still the typical whitetail. These animals haven’t changed much over the years.  There are certainly better bullets for larger game. There are also bullets with better aerodynamics, in-flight stability, and long-range accuracy. However, for effective performance on plain ol’ ordinary whitetails, it’s pretty hard to beat the plain ol’ ordinary soft point.

The Traditional Best Bullet for Whitetails

Soft point bullets also work extremely well in more traditional deer hunting rifles. These older, traditional rifles often have feeding issues with hollow point projectiles. When it comes to deer hunting, there is nothing more traditional and iconic than the highly revered .30-30 lever action rifle. The .30-30 has been around for more than 100 years, earning a place of honor among deer hunters. The revered .30-30 has killed more whitetail deer than any other cartridge in the world. These traditional lever-action rifles often have trouble with hollow points jamming together in the tube magazine, decreasing reliability. No one wants to deal with a jam in the field. The smoother, softer nose of a traditional soft point eliminates this jamming problem, providing smoother function and higher reliability. This dependable performance improves shooter confidence when it comes to those rare and precious shot opportunities.

Ballistic tip bullets are rapidly gaining popularity in hunting circles, especially among younger hunters. Engineers designed these projectiles to combine the aerodynamics of the spitzer bullet with the rapid expansion of a hollow point. Basically, you have a typical hollow point topped with a colorful polymer tip.

The hard polymer tip is generally shaped to give the bullet a spitzer profile for increased ballistic performance. The polymer tip allows the bullet to retain its aerodynamic shape as it travels down the rifle’s barrel as well as in flight toward the target. Due to their ability to maintain a more aerodynamic trajectory, the ballistic tip bullet has a more stable flight path and increased accuracy, especially at longer ranges.

Upon target impact, the polymer tip is forced into the hollow point cavity. This initiates expansion of the internal hollow point, carving a wide and devastating wound channel.

This unique design makes ballistic tip ammunition the best of both worlds, combining the reliability and penetration of a soft point with the lethality of a hollow point, with the added benefit of exceptional ballistic performance.

These technologically advanced rounds look the part, too. Aesthetically pleasing, ballistic tip bullets look like the high-tech, cutting-edge performance ammunition they are. Most premium ammo manufacturers produce ballistic tip bullets these days.  You need to be prepared to fork over some extra cash. You should expect these cutting-edge, high-performance bullets to come with a bigger price tag than those with a simpler design.

So what are the best bullets for deer hunting? Well, after all this – that depends. There are many factors to consider, including your choice of weapon, as well as hunting terrain and typical shot distances. Hopefully, the information provided above will help you find a bullet design that suits your individual hunting needs.

Ultimately the “best” round is one you can shoot with confidence and proficiency. Just remember, there are no bullets, no matter how expensive or technologically advanced, that are a suitable substitute for patience and a well-placed shot.

For you seasoned shooters and hunters, what do you rely on when it comes to ammo for whitetail season?