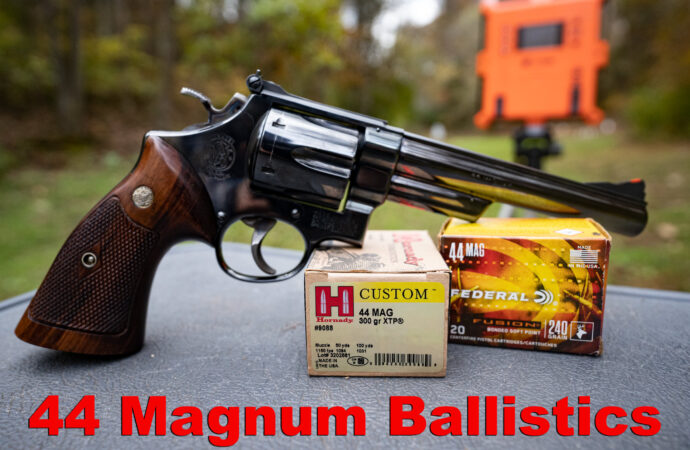 An in-depth look at 44 Magnum ballistics including a ballistic chart with velocity, energy and bullet drop data.

44 Magnum is a massive man stopper when fired from a revolver. Heck, it’s even big enough to bring down a whitetail or even an elephant. The 44 Magnum is popular for good reason. But what is the cartridge capable of ballistically? This article will give you a good understanding of 44 Magnum ballistics. We’ll look at velocity, energy, and drop data for popular commercially available loads. 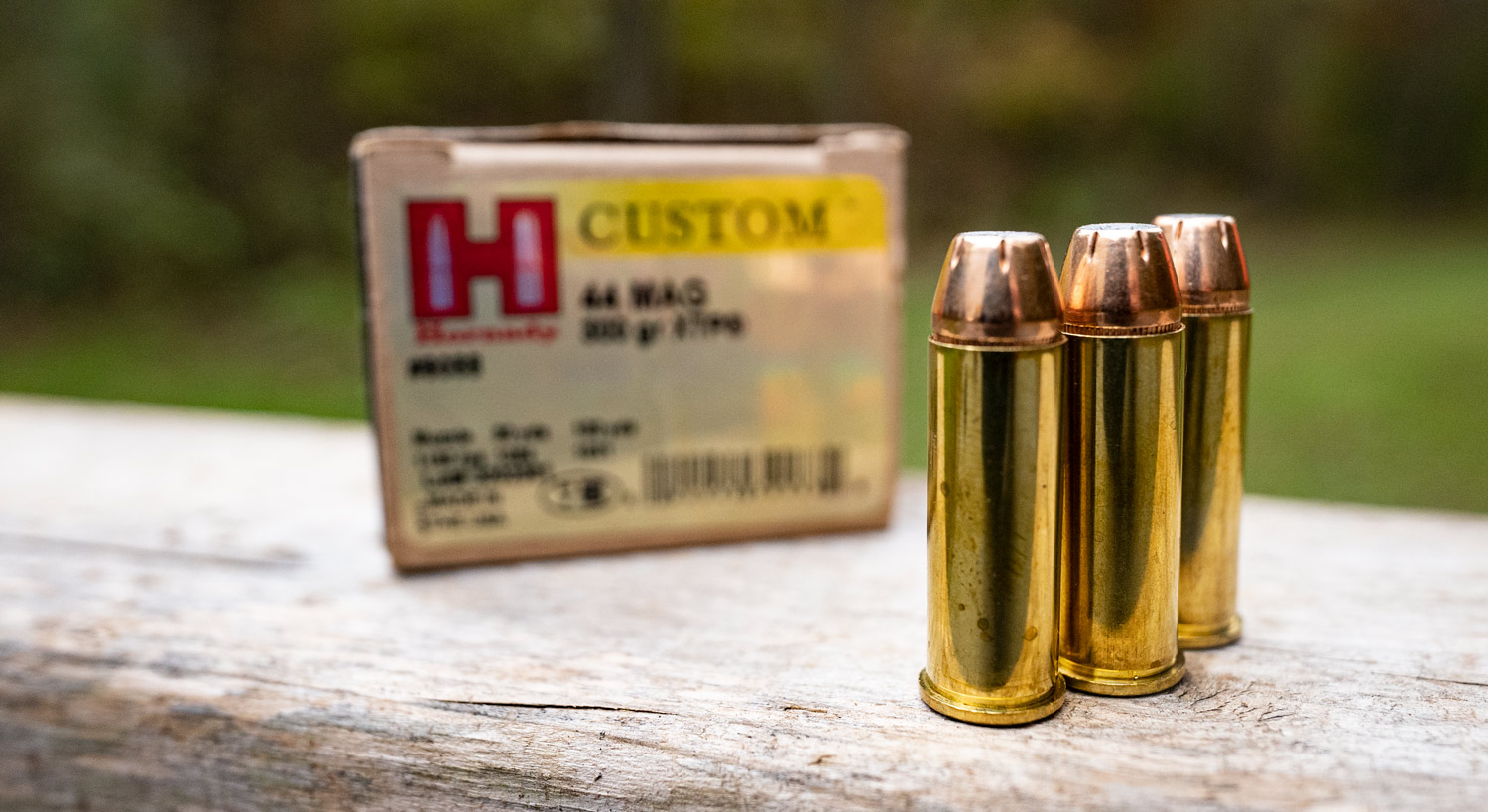 The 44 Special debuted in 1907 and became a favorite medium for handloaders in subsequent decades. Elmer Keith, a writer, outdoorsman, and one of the most prolific handloaders who ever lived, had a certain fondness for loading cartridges far beyond their commonly accepted limits. He experimented with the 44 Special extensively. (Keith destroyed more than one revolver in this fashion.)

Keith put Keith-sized charges of propellant in 44 Special casings and seated them with heavy-for-caliber bullets. (He favored the 44 Special casing over that of the 45 Long Colt for its greater wall thickness, as well as its narrower diameter that is conducive to revolvers with thicker cylinder walls.) A beloved figure in the shooting world, Keith didn’t have to petition firearm manufacturers very hard to get them to start producing revolvers chambered for his new round — the 44 Magnum.

The 44 Magnum went into commercial production in 1955, and quickly became a big hit. While more potent handgun cartridges have since become available, the 44 Magnum’s indisputable stopping power has given it considerable staying power. Its one of the few rounds that even someone who is clueless about firearms is likely to know by name.

The 44 Magnum offers projectiles ranging in weight from 180 to 340 grains. A typical 240 grain load delivers a 1,180 fps muzzle velocity for a staggering 742 ft lbs of muzzle energy. That’s well over triple what is considered the acceptable minimum for self-defense. The 44 Magnum couples such awesome energy with great accuracy. A competent shooter can group shots in a 4” target at 50 yards. Bullet drop is nearly negligible at that range.

Its heavy bullet and fast muzzle velocity are also the reason for the 44 Magnum’s chief shortcoming: its recoil. A 44 Magnum revolver’s kick is so jarring that only the handsomest San Francisco cops would consider using it as their duty weapon, as it makes fast and accurate follow-up shots nearly impossible. Furthermore, the 44 Magnum’s hearty muzzle blast produces more than enough light to rob its shooter of their night vision.