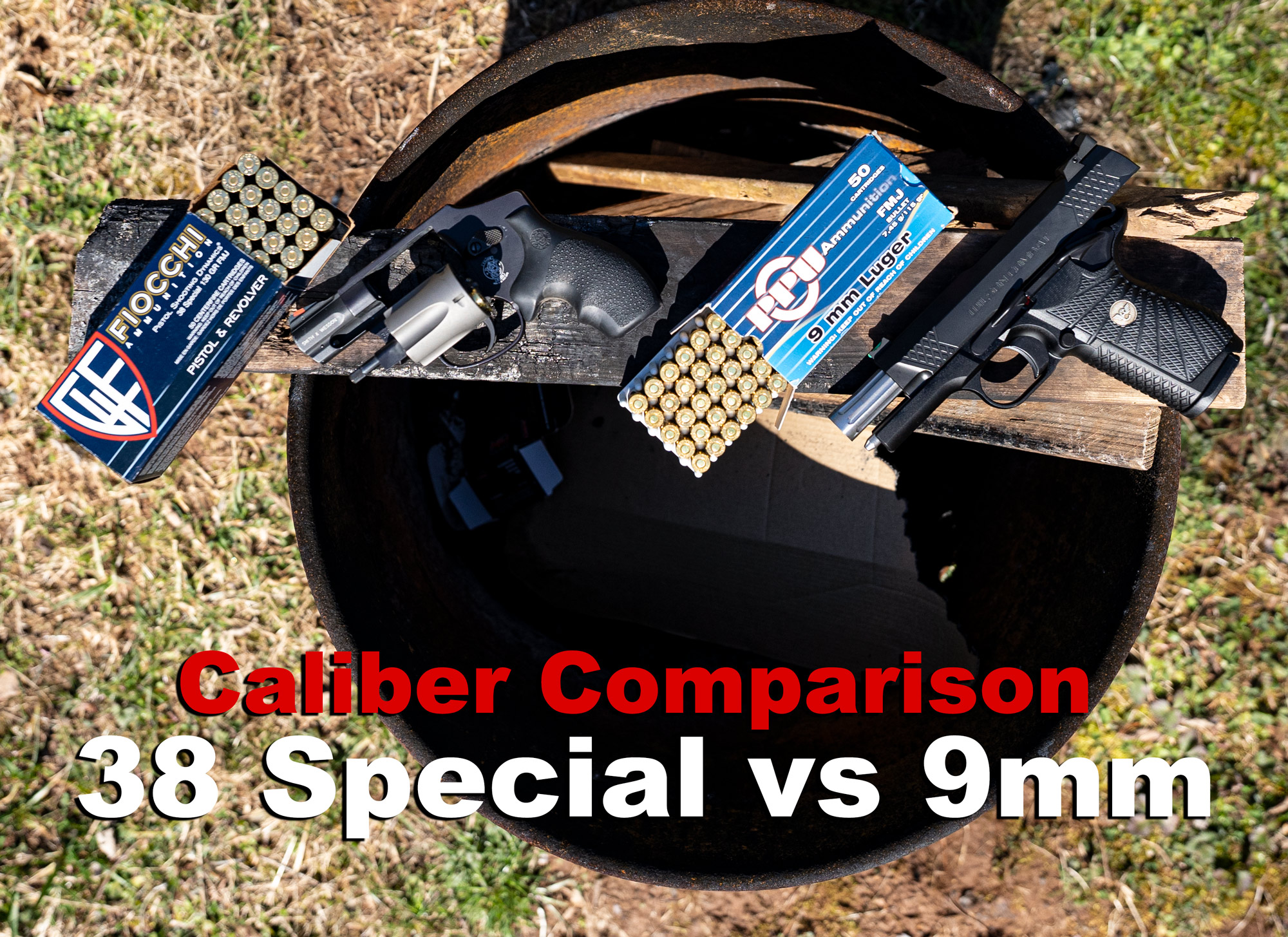 An exploration of what separates 38 special from 9mm. We’ll examine recoil, ballistics and more of the differences between these two popular handgun rounds.

Anyone looking for an effective self-defense round, one that is affordable, readily available (most of the time), and extremely reliable, should consider .38 Special vs Luger.

Each one of these cartridges has over a century of trusted performance, giving handgun owners the ballistic results they need while allowing for a wide variety of product options. But which one is right for you?

To find out, you need to go beyond gun type and cartridge size. You need to look at speed, velocity, carry capacity, and more. By comparing these factors against how you plan to use the cartridge, you can make the right choice. 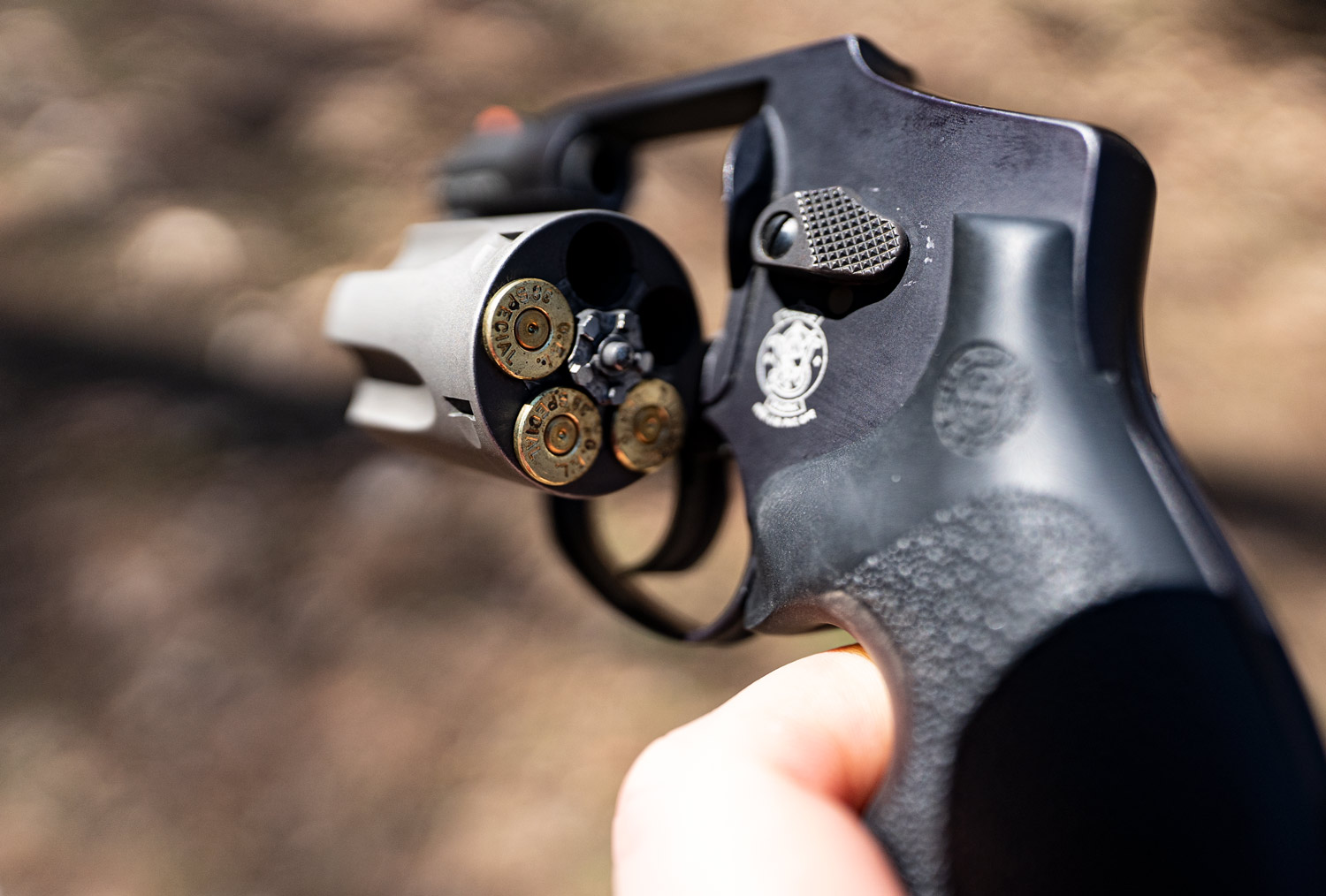 Possibly the most important consideration for these two rounds, they are each designed for a different type of handgun. The .38 Special is made almost exclusively for revolvers, while the 9mm Luger is made for semiautomatic weapons.

This has an impact on load capacity, as .38 Special rounds are usually limited to 6 rounds in a single load, while handguns chambered for the 9mm Luger can carry upwards of 20 or more. If you are concerned with load capacity for your conceal-carry weapon, the 9mm Luger may be your best choice, even without looking at ballistic performance.

Holding the two side-by-side, you’ll see that the .38 Special is noticeably longer, with a more prolonged case and total length. The bullet diameter, however, is similar even thought the .38 Special has a widened rim for chambering in revolvers.

These two cartridges have similar ranges in bullet sizes, although typical 9×19 ammo tends to be smaller. The standard projectile for this cartridge is 115 grains, but it can seat bullets weighing as much as 147 grains. However, the .38 Special can go a little higher, with bullets as large as 158 grains. This makes a difference in the overall performance of the cartridges.

If you are considering either of these cartridges, here’s a look at some of the most important performance factors:

Whether you are using the cartridge for personal defense or target shooting, you should consider the velocity of your rounds, as it will impact the performance of the bullet in many ways. Based on the small sample size we put together, we can reasonably say that the 9mm Luger is the faster cartridge, playing into the general consensus for these two rounds.

In only one comparison do we see the .38 Special ammo running faster, and this was a situation where it held a lighter round. With similarly-weighted rounds (see the Hornady and CCI products), the 9mm Luger was clearly faster. When when the 9mm was significantly lighter (115-grain compared to 130-grain) it was faster by almost 350 fps.

While energy is essential for self-defense rounds, even people who will simply use the cartridges for target-shooting should consider the power potential of their chosen ammunition. Once again, we see that the 9mm Luger is the more capable option, out-performing the .38 Special in three out of four comparisons. In all three comparisons where the 9mm won, it had ratings over 100 ft-lbs higher. When the .38 Special won, it was less than 20 ft-lbs higher.

Although trajectory may not be as important for pistol ammunition as rifle cartridges, it can still make a difference in your choice of weapons. Generally speaking, the 9mm Luger maintains better trajectories, but a lot depends on the product you have selected.

Let’s look at two of the comparisons we used above:

Again, this is an extremely small sample size, but we see that in both comparisons, the lighter bullet drops less. Because 9mm Luger rounds usually come in lighter sizes, and because they have higher velocities, it seems reasonable to assume that they usually maintain straighter trajectories.

In most cases, if a cartridge has higher energies, it will have higher recoil. For this reason, it would seem reasonable to assume that the 9mm Luger would be the harder-thumping cartridge. But there is another issue at play, not one that involves the cartridges directly, but the weapons from which they are fired.

The .38 Special, as we discussed, is used in revolvers, while the 9mm Luger is used in semiautomatic pistols. It’s generally accepted among the firearms community that a semiautomatic weapon, because of the sliding action that absorbs some of the recoil, is generally lighter in kick.

The bottom line is simple: neither of these cartridges is a hard-thumping round, and they can be reasonably handled by even small, inexperienced shooters.

So, What’s Better for Self-Defense?

Our team has tested both of these calibers with Clear Ballistics gelatin in an effort to see which is a better choice for self-defense. In our testing, both calibers give you effective options with a range of ammo you can choose from. We recommend a jacketed hollow point bullet in either caliber if you plan to rely upon it for concealed carry.

Head here to see our 38 Special gel tests. You can find our extensive 9mm tests here.

How is a Smaller Cartridge More Powerful?

If you’ve paid attention, you may have noticed something strange. The 9mm Luger, which is a smaller cartridge, is actually faster and more powerful than the .38 Special. How is that possible?

It all comes down internal pressure. The standard pressure for the .38 Special is roughly 17,000 pounds-per-square-inch (psi). However, the 9mm Luger has internal pressures of 35,000 psi. It’s this higher internal pressure, the result of expansive propellant design and testing, that makes the smaller 9mm more powerful.

Affordable Ammo for Your Shooting Needs

Whether you select a revolver for the .38 Special or a pistol made for the 9mm Luger, you can find affordable ammunition at our easy-to-use site. Visit ammotogo.com and find the right cartridges for hunting, target-shooting, and personal protection!