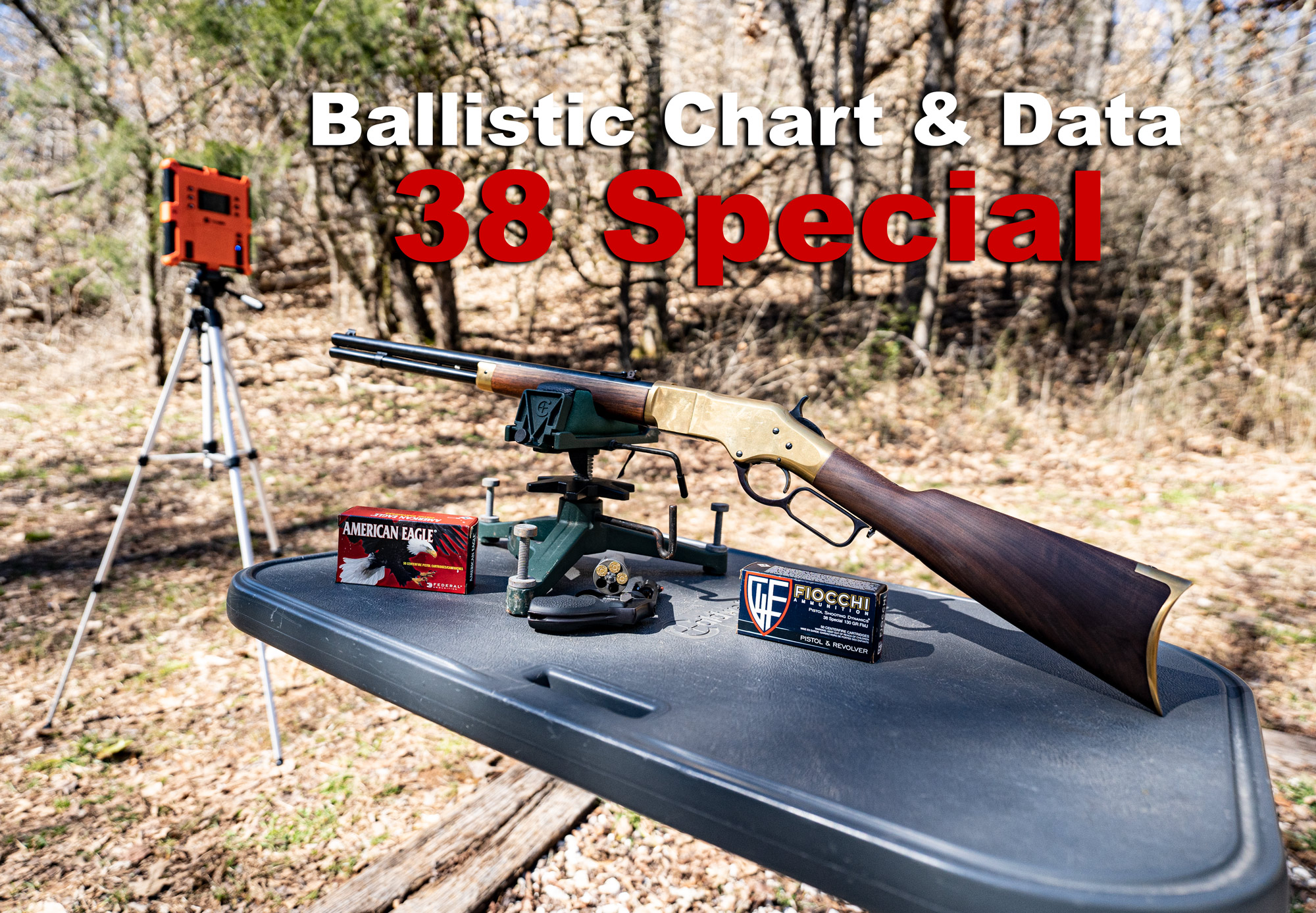 An in-depth look at 38 special ballistics including a ballistic chart with velocity, energy and bullet drop data.

Whether you’re shooting a large-frame wheelgun, snubbie or even a lever action rifle, there’s a 38 special load for you. Versatile and effective for self-defense, millions of Americans (and even some law enforcement) rely upon 38 special for protection today. So, let’s look at what the cartridge is capable of is in this analysis of 38 special ballistics.

As the 38 Special was initially a black powder cartridge, its pressure remains comparatively low at 17,000 psi. Its common 158 grain bullet achieves a velocity of only 755 feet per second out of a 4-inch barrel, delivering 200 ft lbs of energy at the muzzle. This puts a standard 38 Special cartridge just on the threshold of what is commonly considered adequate for neutralizing a human-sized threat. In comparison, the typical 45 ACP cartridge has a 230 grain bullet and 830 fps muzzle velocity. This produces around 75 percent more muzzle energy.

The 38 Special’s relative weakness is not made better by the fact that it is commonly implemented in snub-nose revolvers. These short-barreled firearms are often too small to utilize the full potency of gunpowder during ignition. Ammo manufacturers must take this into account when designing jacketed hollow point bullets for the 38 Special. In this case, the bullets require less energy to produce a mushrooming terminal effect.

Shooters may also choose wadcutters for self-defense, which do not require terminal expansion to create wider wound channels. They may also select overpressure rounds. These can give the same 158 grain bullet an approximately 33 percent faster muzzle velocity and 75 percent greater muzzle energy.

The consensus is that if you’re going to carry a 38 Special, it’s best to go with +P loads and a handgun that can manage their increased pressure. (Smith & Wesson’s Model 642, a hammerless revolver, is just one such weapon.) A 38 Special +P’s energy falls between what the 380 ACP and the 9mm provide. It may even approximate a 9mm’s terminal performance when fired from a rifle. You can learn a lot more about using 38 special in a concealed carry gun by looking at our best 38 special ammo for self-defense project. In it, we tested several loads with ballistic gelatin.