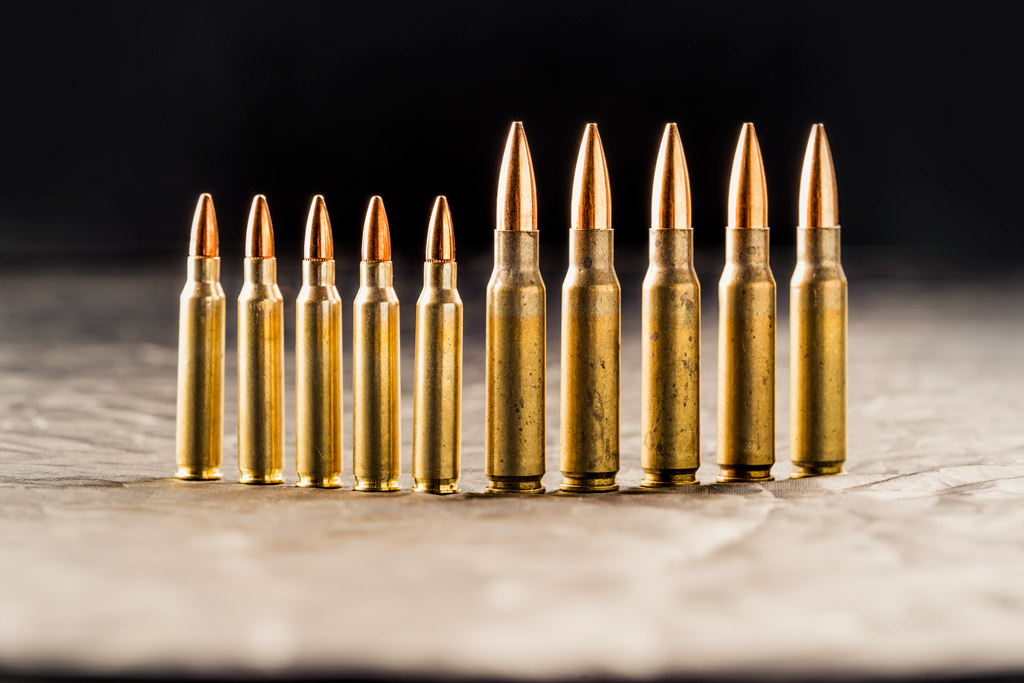 They are two of the more popular rifle calibers among American shooters. Let’s take a look at 223 vs. 308 and see the benefits of each caliber relative to the other.

The .223 Remington and the .308 are two extremely popular rounds that can be used for many different purposes. Although they have different characteristics, these cartridges are often top choice for American rifle owners and it’s not unusual to hear shooters debate the merits of 223 vs. 308 rifles.

So, which one is the best choice? That all depends on your goals and preferred activities.

History of the .223 Remington

Although the .223 is newer than the .308 Winchester, it’s the smaller of the two cartridges, so we will start here. Popular, versatile, and accurate, this cartridge has found a home in hunting fields and target ranges all across the country.

The .223 Remington was first developed as a small-caliber, high-velocity military round, with initial release in 1964. It predecessors were the .222 Remington and the .222 Remington Magnum, but this cartridge was named “.223” to give it distinction in the market.

The cartridge was first conceived during a call by the U.S. government for a fast small-caliber round that could meet specs set by the U.S. Continental Army Command. Through numerous development phases and testing, the bullet was eventually released to the public in 1963, becoming an immediate sensation.

As you might know, .223 Remington is the civilian version of the 5.56×45 NATO cartridge, which has been used by the U.S. military since the Vietnam War.

The .223 Remington remains a popular cartridge used for virtually every conceivable purpose, from home defense to high-volume target shooting. It is typically loaded with a bullet ranging between 40 and 70 grains, but the most common grain size is 55.

The .308 Winchester was first released in 1952 and gained a strong following among the gun-ownership community, especially among medium- to large-game hunters. It was, as you may have guessed, developed by the Winchester Repeating Arm Company, a prominent American firearms company.

Most cartridges, even hunting and sport cartridges, trace their origins to military purposes, and the .308 Winchester is no different. While the .30-30 Winchester and .30-06 Springfield cartridges had served the U.S. military well, new advancements in propellants allowed for the same power in a smaller cartridge. This allowed ammo developers to create a cartridge with similar ballistics in a smaller package, which would mean a shorter action in the rifle. In the end, this would allow the cartridge to function more reliably in semi-automatic weapons.

However, when first released the round was a civilian cartridge marketed primarily to hunters. Two years later, in 1954, the military version, the 7.62x51mm NATO round was released. 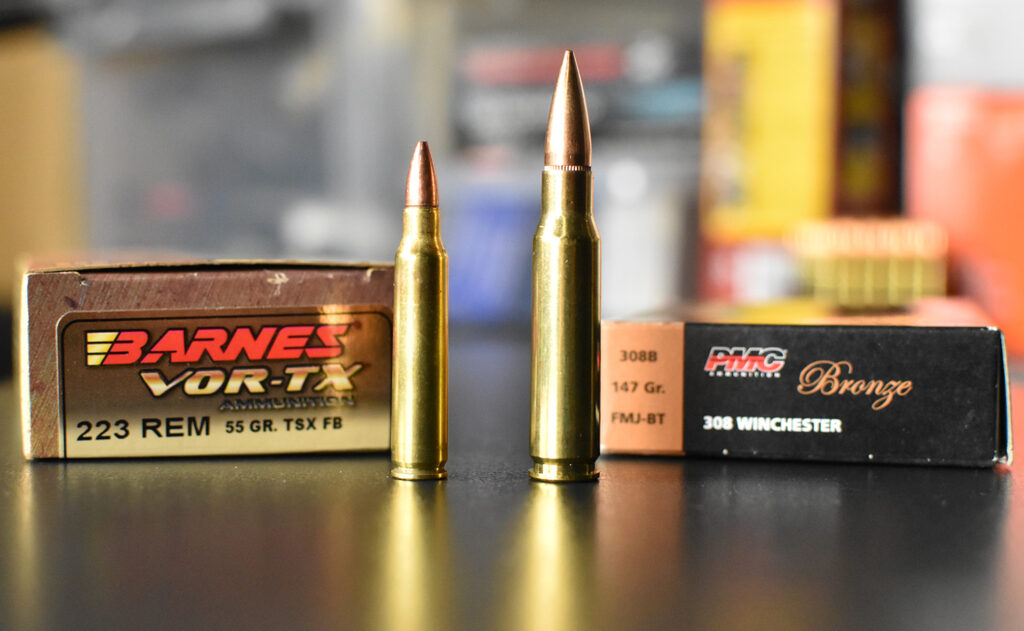 Comparing two very different cartridges, like the .223 Remington and the .308 Winchester can be difficult, as they are used for different purposes; it’s not unlike trying to compare a fuel-efficient car and a tow truck. However, we can look at their general characteristics to help you understand the advantages and disadvantages of each round.

Because it has a lighter bullet and faster speeds, the .223 Winchester usually maintains a flatter trajectory. For example, Federal Premium’s American Eagle 55-grain FMJ-BT cartridge, when zeroed to 100 yards, drops 2.7 inches after 200 yards. At 300 yards, it drops 10.9 inches. The same product in a .308 Winchester with a 150-grain FMJ-BT bullet drops 3.6 inches after 200 yards and 13.5 inches after 300 yards. It’s not a large advantage, but it’s enough to make a noticeable difference in long-range shots.

Pricing depends not only on what you buy, but also where and how you purchase. Generally speaking, however, you will find that the .223 Remington has a slight advantage when it comes to pricing. However, neither one of these cartridges is overly expensive, so you should be able to enjoy an affordable day at the range with either choice.

Portability & Mobility of the Rifleman 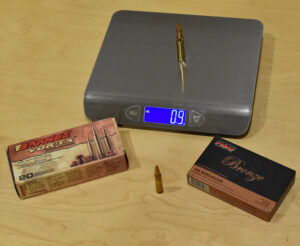 If you’ve been around rifles long, you know that rifles chambered in .308 are generally heavier than AR-15s or other .223-chambered firearms. That’s for good reason and in large part deals with recoil.

The typical .308 rifle should weigh somewhere around 8-pounds to help properly absorb recoil from ammunition loaded with a bullet that’s two to three times heavier than what you’ll find in a 6-pound .223-chambered rifle.

But it’s not just the rifle. It’s also the ammunition.

.308 ammo weighs some where around .9 oz per round. .223 comes in at about half that rate. Sure, that’s nothing when you’re looking at just a single cartridge or even a single magazine. But think about what that sort of weight differential does to you if you are bugging out or expected to be on the run with your rifle for days at a time.

If you think of yourself as a carrier with fixed carrying capacity you’re going to have a lot more rounds of .223 you can bring with you. For instance, if your ammunition “carry budget” is 10 pounds, you’ll be able to bring about 185 rounds of .308 ammo with you. Or, you could bring somewhere around 400 rounds of .223.

If you are interested in high-volume target shooting, small to medium-game hunting, or long-distance shooting, you will likely want the .223 Remington. The cartridge is affordable and almost always available at your nearest sporting goods store. It also gives tight grouping, which is essential for hunting smaller game.

Choose the .308 Winchester if…

If your goal is to pursue medium and large-sized game animals, you will be happier with the .308 Winchester. You can certainly use this cartridge for target shooting and other hobbies (but certainly not small game), but it is most effective for sports like deer hunting.

No matter which is right for your needs, you’ll have a reliable cartridge that is trusted by competition shooters and hunters all across the nation.