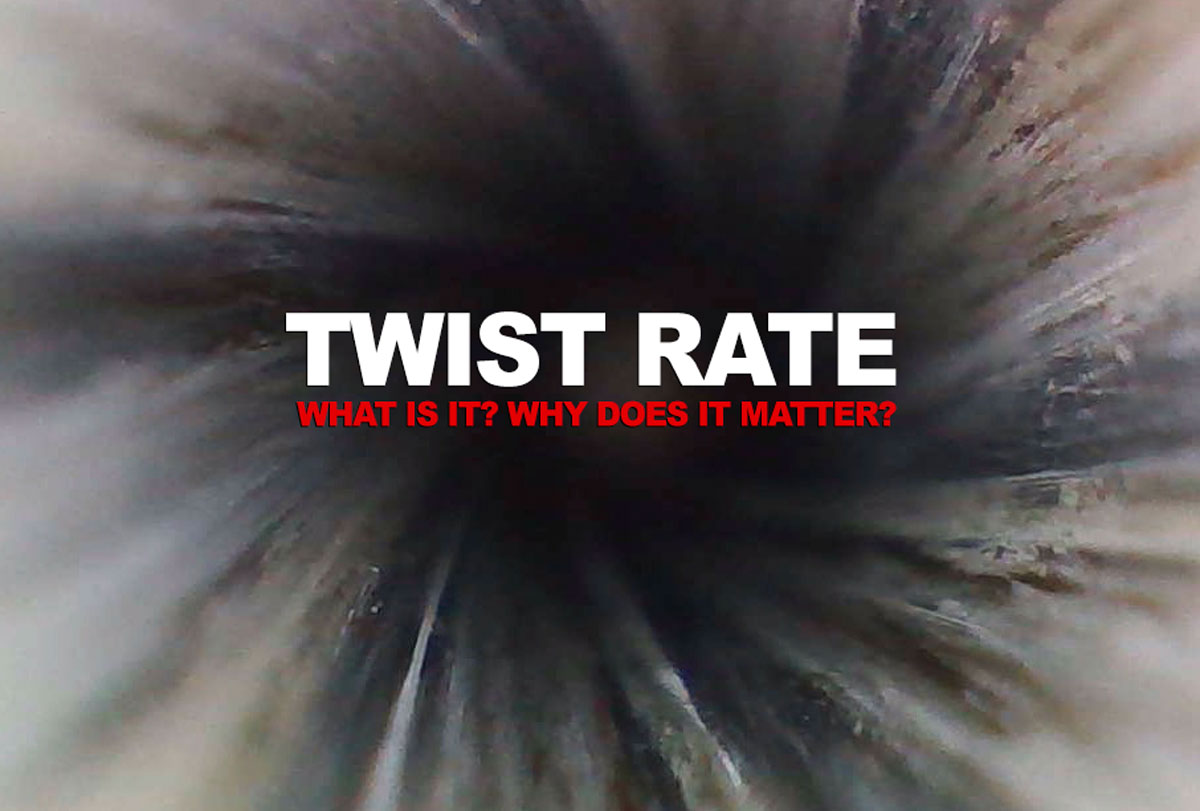 Twist rate plays a big role in shooting. In this article, we explore what it is and how to make sure you’re getting the most from it for accurate shots down range.

If you’ve spent any time hanging out in gun circles, you’ve probably heard someone refer to twist rate. If you’re new to shooting, you might be wondering what the heck they’re talking about. You’re not alone. Even seasoned shooters may not fully understand twist rate or why it matters.

What is Twist Rate? 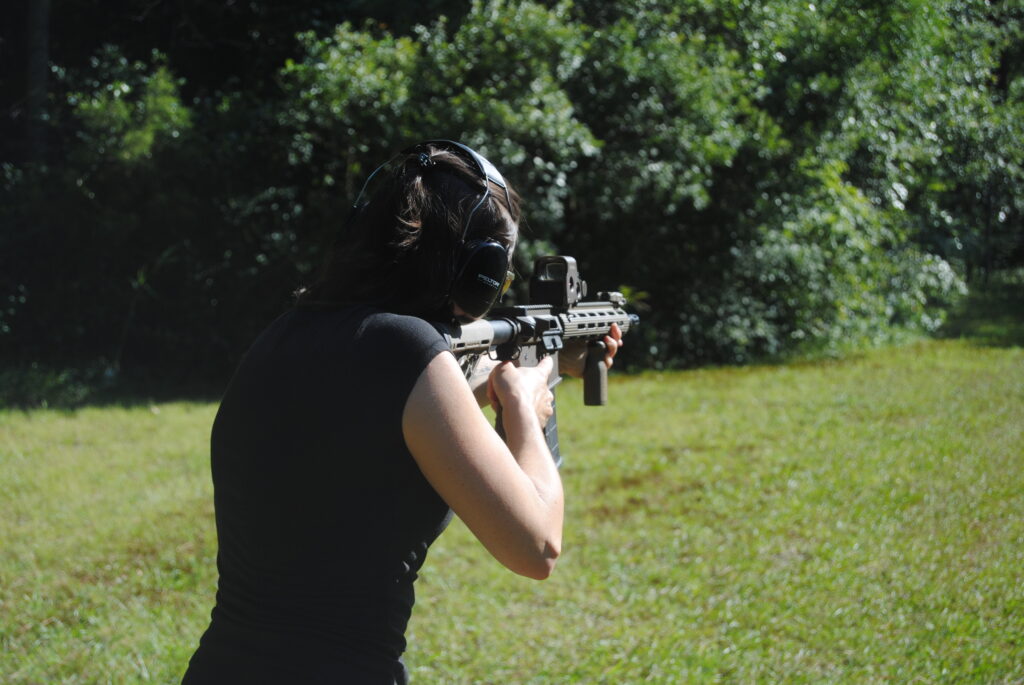 Twist rate is the rate of spin inside your rifle barrel. For instance, a twist rate of 1:8, which is common in AR-15 rifles, means that the rifle will spin the bullet once over every 8-inches of rifling. If that rate isn’t fast enough, your bullet may not travel with much stability. This can lead to tumbling and inaccuracy down range.

If you’ve ever tossed around an American football, you already have a basic understanding of twist rate. Throwing a football with a good spiral makes your throw far more accurate than just tossing it end over end. Basically, that spiraling motion makes the ball more stable in flight. In contrast, a wobbly pass is inaccurate because it almost flutters in the air, constantly changing direction (even if only slightly). This change in direction is due to the changing air resistance as the ball wiggles its way downfield.

A football thrown without spin can end up well away from the quarterback’s intended target. These minor inaccuracies in flight are magnified the further the ball travels through the air. This is why a quarterback with a good spiral has a further effective range. It isn’t because he can throw the ball harder, but because it flies straighter instead of wasting energy on tumbling through the air. A straighter flight path also means increased accuracy.

What makes quarterbacks like Patrick Mahomes and Drew Brees great, isn’t how far they can throw the football, it’s their ability to throw the ball exactly where they want it to go. A tight spiral is crucial to achieving that level of accuracy.

Just like with footballs, putting a good spin on a bullet makes it more stable as it flies through the air. This in-flight stability also makes it significantly more accurate, especially at longer ranges.

The way we get a bullet to spiral is by rifling the barrel of a firearm. Modern day rifles and handguns feature spiraling grooves on the inside of their barrels. These grooves are called “rifling.”

Rifling spins the bullet as it travels the length of the barrel, and this spin continues as the projectile travels toward the target. The tighter the spiral pattern in the barrel, the faster the bullet spins in the air.

Twist rate is expressed as a ratio. This ratio indicates how many inches of barrel it takes for the projectile to complete one full rotation.

For example, many AR-15s feature a 1:7 twist rate. This means the rifling makes one complete rotation over seven inches of barrel length.

While it may just seem like a bunch of confusing numbers, knowing your rifle’s twist rate may actually be more important than you think. The barrel of your firearm must put adequate spin on projectiles to properly stabilize the bullets you’re shooting.

In general, a longer bullet requires a tighter rate for sufficient flight stability. Because heavier bullets are naturally longer, if you’re shooting a projectile with a heavier grain weight, you’ll want to shoot it from a barrel with a faster twist rate.

What If I’m Not Optimized?

Twist rate tends to be a point of hot debate among shooters, especially those using AR weapons. It can be difficult to separate myth from reality, but there are some popular theories that predict cataclysmic results if your twist rate isn’t optimized for the bullets you’re shooting.

Like most legends, there may be at least a grain of truth to these popular myths. However, it isn’t likely that the four horsemen of the apocalypse will come prancing through the range as your rifle flies apart just because your rifle’s twist rate is too aggressive for your ammunition.

One of the biggest concerns is that by over-twisting a bullet, it could fly apart in mid-air. Although this is possible in theory, it is highly unlikely. It would be well-nigh impossible to spin a bullet to the point of fragmentation out of a short-barreled rifle, particularly in the standard calibers ARs are chambered in.

(As a side note, the chances of your projectile shattering in mid-air increase when you shoot frangible bullets. If you plan to hunt varmints with your AR-15, you might want to err on the side of caution and stick with a less aggressive 1:10 or 1:12 twist rate.) 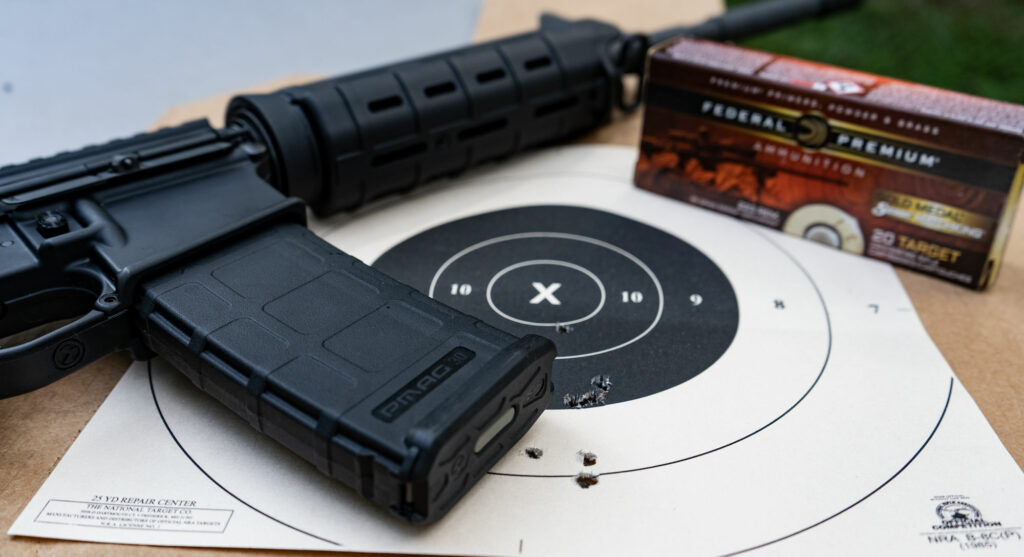 Exploding bullets and apocalyptic horsemen aside, twist rate is still important. To optimize performance, your twist rate and the projectiles you’re shooting should compliment one another.

Standard rifles used by the United States military, typically have a twist rate of 1:7. This is a pretty aggressive rate, but it works well to stabilize the heavier projectiles used in modern combat zones.

Most modern civilian sporting rifles will never see combat. This is one reason private citizens have access to AR-style rifles with a variety of twist rates. Although it’s possible to find an AR with a slower 1:12 rate, it’s pretty rare. Most modern, short-barreled AR-15s come in three basic twist rates: 1:7, 1:8, and 1:9.

If you want a mil-spec rifle, the 1:7 barrel runs 223 ammo loaded with a 62 grain projectile like a dream. This rate of twist can also handle even heavier bullets (up to a hefty 90 grains). However, if you want to run lighter 55-grain ammo through such an aggressive twist, you’re going to notice a deterioration in accuracy.

The 1:8 twist barrel is the most versatile of the bunch. This twist rate gives you the most flexibility, effectively stabilizing projectiles up to 80 grains but not over stabilizing lighter ammunition.

The 1:9 barrel is best for stabilizing lighter and mid-weight bullets ranging between 45 and 77 grains.

We’ve included a short reference chart for AR-15 and AR-10 shooters below. These are rough guidelines. We expect you’ll find bullets perform relatively well even if used outside the recommendations below. Of course, If you want to dig really deep into the details, we suggest this Twist Rate Stability Calculator devised by the folks over at Berger Bullets.

When it comes to handguns and hunting rifles, the rate chosen by the rifle maker is usually appropriate for the intended cartridge. Most shooters don’t even realize they might have a choice, so manufacturers rarely give them one.

There are some exceptions, but the differences in accuracy and performance will be minimal. A slower rate may produce slightly less pressure and deliver slightly better accuracy when paired with lighter projectiles in each caliber. These slower twist rates are also generally sufficient to stabilize heavier projectiles, particularly when targets are within practical hunting range.

The only reason you might need a faster twist rate in a hunting rifle would be for shooting extremely heavy projectiles at targets beyond 500 yards. For this reason, snipers and long-range marksmen could benefit from a faster rate of twist.

Twist rate is just one factor that affects shooting accuracy. As always, the best way to improve your shooting is to send lead downrange. After all, this isn’t a magic wand you can use to shortcut practice and proficiency.

However, understanding twist rate and applying that knowledge can help you fine tune shooting performance. Finding the right combination of barrel twist and bullet weight may be the fine detail that takes your shooting to the next level.