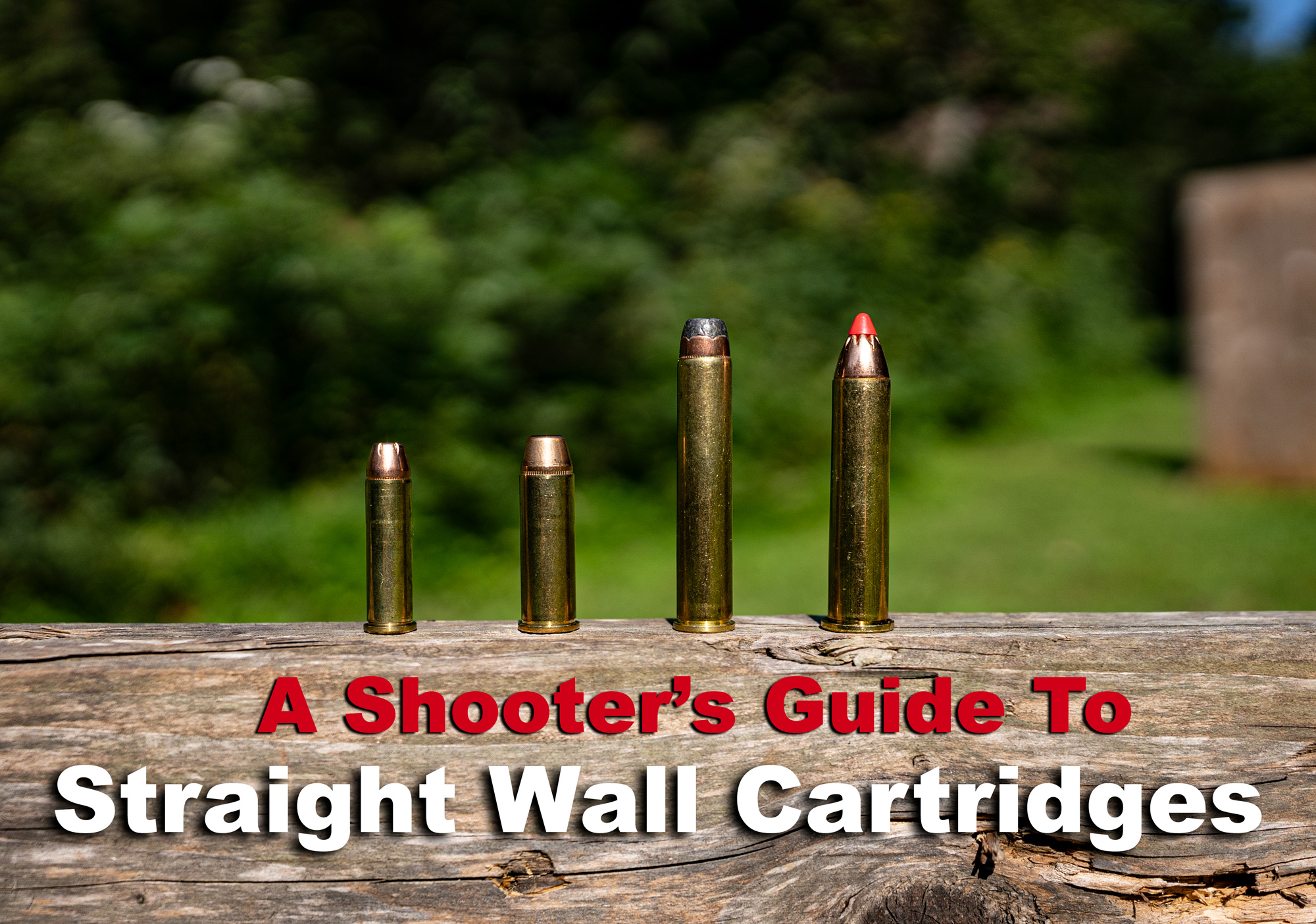 Straight wall cartridges are growing in popularity – especially among hunters in states lacking wide swaths of available land. What are these cartridges and what advantages do they offer over traditional bottlenecked calibers?

At a time, not too long ago, straight-wall cartridges were little more than a novelty. They were fun to shoot, usually being fired from throw-back lever-action rifles, but had little practical use. You could be used for hunting (and were on occasion), but the faster, more-modern bottleneck cartridges were the ammunition of choice for most hunters. If you could use a bottleneck round such as the .30-06 Springfield, .308 Winchester, or .223 Remington, you did.

Many shooters viewed straight-wall cartridges such as the .45-70 Government and .44-40 Winchester as novelty acts. They were decades old before the start of the 20th century and mostly used by recreational enthusiasts at the range.

All but obsolete for over a century, straight-wall cartridges are once again becoming popular. It’s not performance (necessarily) that as brought a resurgence in these rounds, it’s changes to hunting law.

Note: By “straight wall,” we are referring to straight-wall rifle cartridges

While most handgun cartridges are, technically, straight-wall ammunition, when people discuss the topic or use the term “straight wall,” they are generally referring to rifle ammunition. The issue has to do with this type of ammo used in rifles. The topic of straight vs necked ammunition (which we will address below), is almost always a rifle debate, not a handgun topic.

What is a Straight-Wall Cartridge?

Most of the popular rifle cartridges have a bottleneck design. Like the classic soda bottles of old, these cartridges, when standing straight up, have a base that begins to narrow, a some point, into a thinner “neck.” Sometimes called “necked down,” this design essentially means that the base and rim diameters are significantly wider than the neck and cartridge. (Technically the cartridge diameter will always be slightly narrower.) Because there is more available volume in the case behind the bullet, this design allows for more velocity and energy.

Here’s a quick example of the base diameters and neck diameters of common bottleneck and straight-wall cartridges:

As you can see by looking at the above information, the .308 Winchester (bottleneck), significantly narrows (over a tenth of an inch) at the neck, while .444 Marlin ammunition hardly narrows at all.

Because there is less room for propellant behind the bullet compared to the bullet diameter, straight-wall cartridges tend to be slower and have less range. It’s this reduced range that, at least in theory, makes them safer for hunting purposes in densely-populated areas.

Why are They Legal When Bottle-Necked Cartridges are Not? 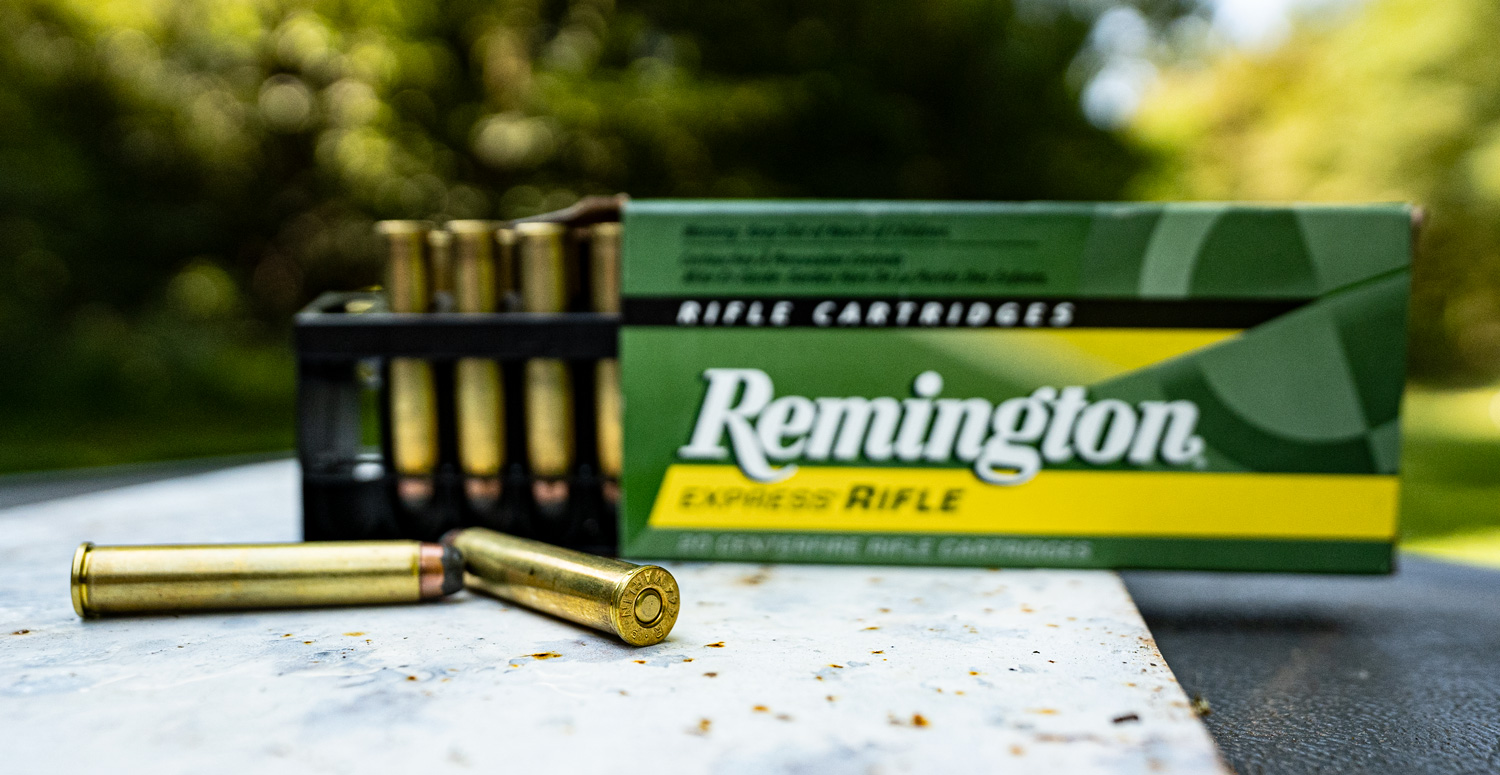 Many places across the country allow typical (i.e. bottleneck) rifles cartridges for hunting a variety of game animals, including whitetail deer, pronghorn, bear, elk, moose, hog. But some states do not. In other states, bottleneck rifle cartridges are legal for hunting in certain areas but prohibited in others.

This is, essentially, related to the assumed range of a typical rifle cartridge. Bottleneck rounds tend to have more velocity. If you assume the same bullet weight and shape, that means greater range of flight. Therefore, regions with vast open spaces, especially in the Rocky Mountain region, it’s relatively safe to use bottleneck cartridges. The same is true for sparsely-populated wooded regions, such as the northern sections of Minnesota, Wisconsin, and Michigan. These states allow bottlenecks in northern portions of the state but restrict their use in the more densely-populated southern regions.

But in other states, such as Iowa and Illinois, bottleneck cartridges are restricted. In these states, there is a rural farm house about every quarter mile, meaning far-flying bullets could create a danger. Previously, states limited hunters to shotguns, certain handguns, and archery for whitetail hunting.

However, thanks to changes in laws across many of these states, hunters can now use straight-wall cartridges to harvest game animals, especially the ever-popular whitetail deer. 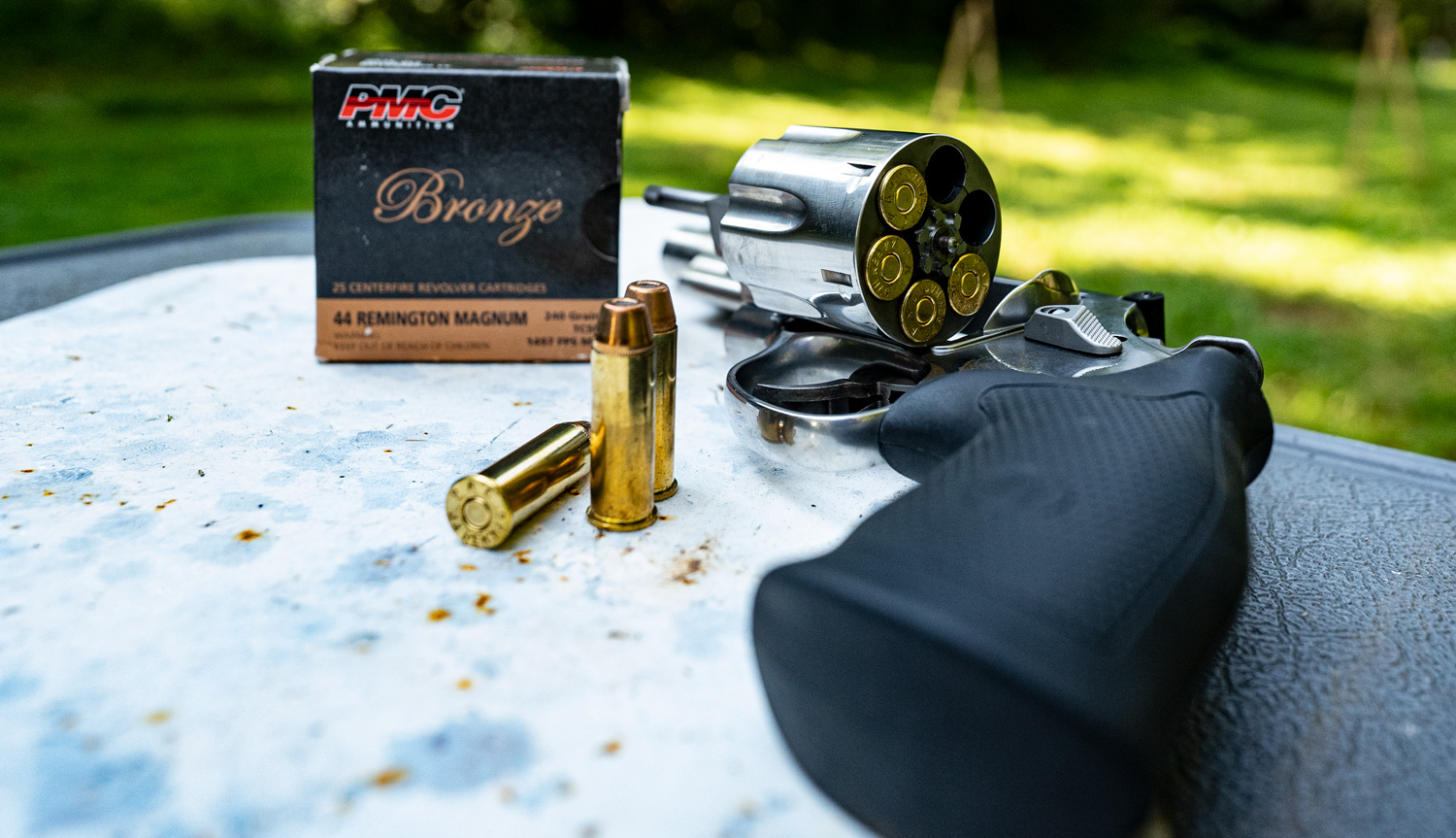 This is certainly not an all-inclusive list, but the more common straight wall cartridges include:

Advantages of a Straight-Wall Cartridge over Shotguns, Handguns

If straight-wall cartridges are legal for use in your area, you are now presented with the option of using these rifles instead of your trusty shotgun for hunting deer and a few other game animals. The main advantage of a straight-wall round compared to a slug fired from a shotgun is accuracy. While accuracy can be impacted by many factors (including shooter skill level), it’s generally accepted that straight-wall round are more reliable and accurate than a shotgun slug.

They also have a more reliable range. While not delivering the same distance as a comparable bottleneck round, most straight-wall cartridges will give you a greater effective range than your typical shotgun slug.

Disadvantages of a Straight-Wall Cartridge

Compared to shotguns, there seems to be little to no disadvantage. However, compared to bottleneck cartridges the main disadvantage is range. Across the board, you will find that comparable bottleneck rounds like the .308 Winchester have more effective distance than a straight-wall round like the .45-70 Government. (There are, however, products like the LEVERevolution from Hornady that seek to mitigate this disadvantage.)

However, you should remember that the limited range is the reason these cartridges are legal in certain areas in the first place. So, this “disadvantage” actually means some Americans get to use them at their local hunting grounds.

Find Affordable Straight-Wall Cartridges for the Range and Field

If you are stocking up for a hunting adventure using straight-wall cartridges, find the affordable, effective ammunition you need from ammotogo.com.

With numerous options for you shotgun, rifle, and handgun, our site is ready to deliver the firepower you deserve for hunting, defense, and casual target shooting.