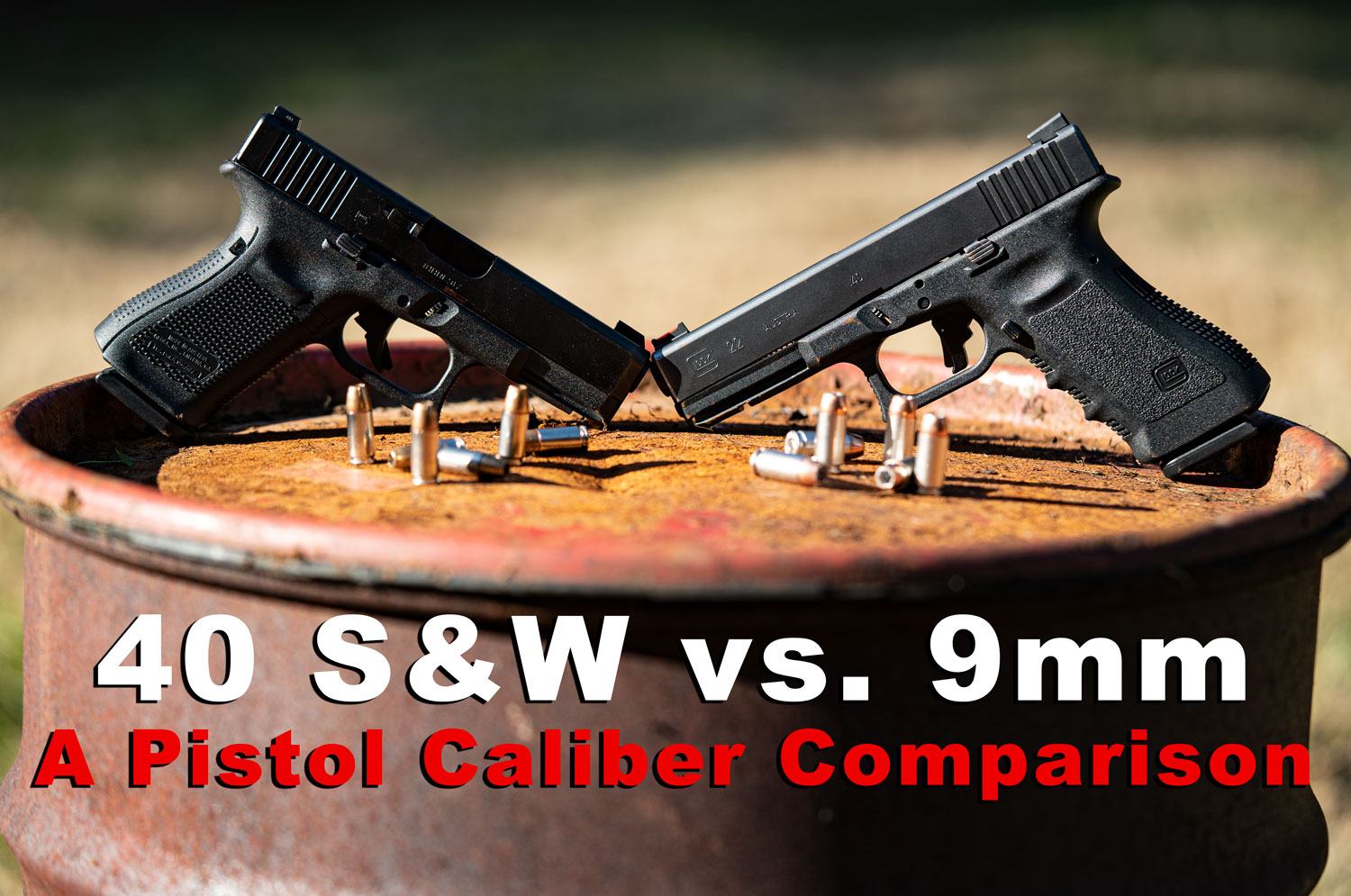 40 S&W and 9mm are two of the most popular handgun cartridges in the world. But which caliber is best for you? We help you decide in this caliber comparison.

The 9mm Luger and .40 S&W are two of the most capable and reliable rounds available for handgun owners. These cartridges can deliver consistent performance in a self-defense situation, but they are also popular for recreational target shooting and competition. So let’s dive into this 40 S&W vs. 9mm analysis.

When comparing the two, you’ll find a bunch of similarities. There are, however, distinct differences that make each round unique. There’s a reason these are two of the most popular pistol calibers in the world.

About the 9mm Luger (AKA 9mm Parabellum)

The 9mm Luger, also known as the “9mm Parabellum” or simply “9 millimeter” (although it’s not the only 9mm round), is one of the most successful handgun cartridges of all time. Released in 1901, this round has stood the test of time, delivering reliable performance for law enforcement, military, and self-defense purposes.

It is a low-cost, readily-available cartridge that gives users a strong balance between power and manageable recoil. While the round was used for many purposes in the early 20th century, its popularity skyrocketed in the 1980’s and 90’s, as police and military forces began adopting the round. 9mm remains one of the most popular rounds in the world. It’s possible that more 9mm Luger rounds have been fired from handguns than any other cartridge. (With the possible exception of the .22 long rifle)

The .40 Smith and Wesson, commonly written as .40 S&W, is a newer round that was developed specifically for law enforcement. A ton of handgun owners adopted it since its introduction. Most of those new owners are concerned with personal protection.

The round is larger in diameter and generally packs heavier bullets than the 9mm Luger, giving it tremendous stopping power and lethality. 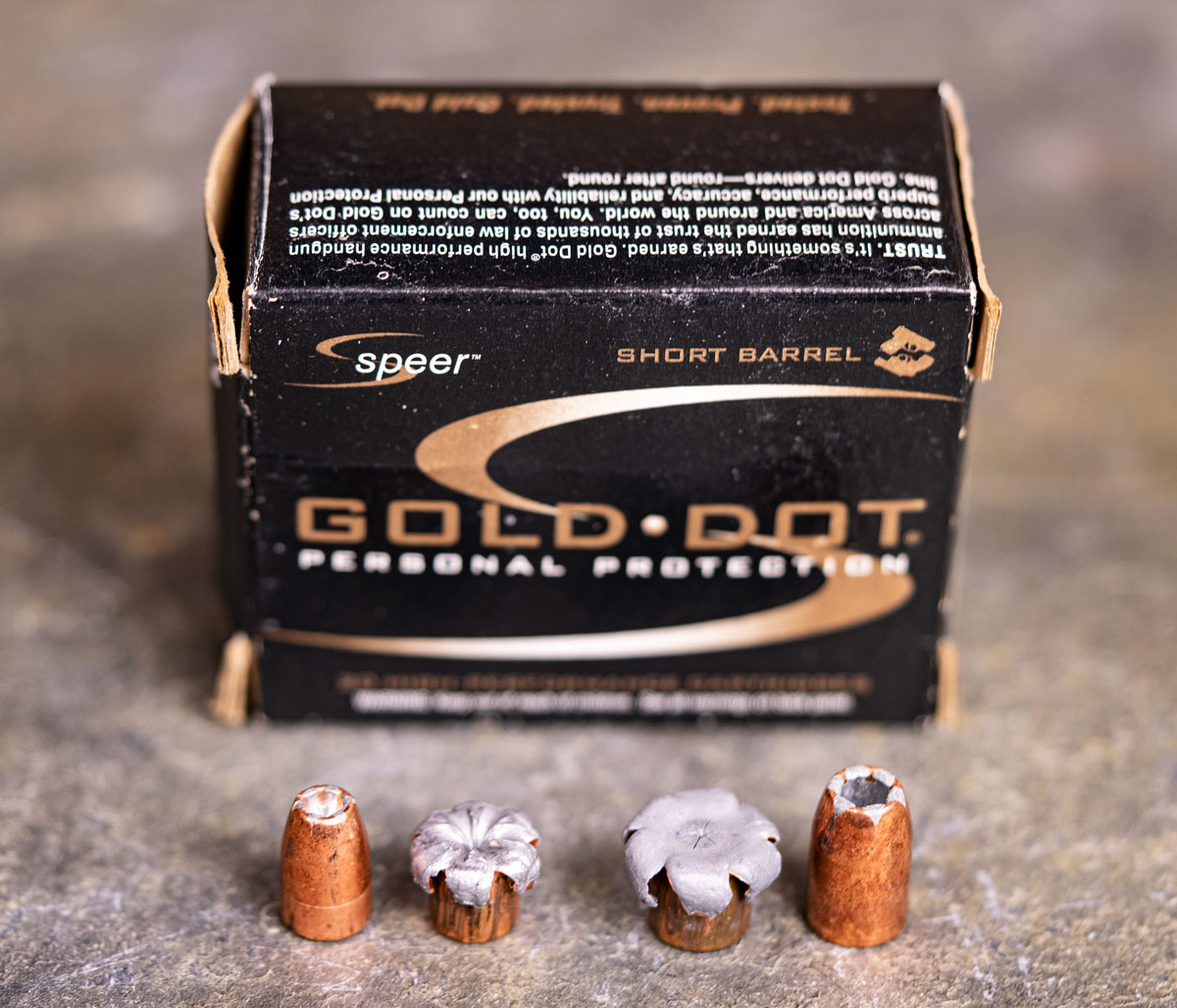 Pricing is an important factor for ammunition selection. If a cartridge is too expensive to fire regularly, you won’t get the ideal practice required to be a responsible and proficient handgun user. While neither of these two cartridges is expensive, the 9mm Luger tends to have a better price.

Velocity makes a big difference in how a cartridge performs, both from the gun to the target, as well as when the bullet strikes the target. While there is some overlap in speed, especially when you are comparing similarly-sized bullets from each cartridge (150-grain in 9mm and .40, for example), you have to consider that the common size for 9mm Luger is 115 grain, while the common size for .40 S&W is much higher, usually around 155 to 180 grains. When comparing these size differences, we see better speed from the 9mm Luger.

For example, if you were interested in budget-friendly ammo, you might choose products from Tula Ammo. In this case, you could get 115-grain FMJ for 9mm, or 180-grain FMJ for .40 S&W. In this case, the 9mm has a velocity of 1,150 feet-per-second (fps), while the larger .40-caliber bullet leaves the barrel at 919 fps. However, if you compare cartridges with similar sizes, you may find that the 40.-caliber has comparable speeds.

Energy delivered to the target is another important factor in bullet performance and stopping power. With a larger bullet, the .40 S&W brings more force to the target. This is seen when comparing bullets designed for personal defense, such as the Speer Gold Dot lineup, which is made and marketed for personal protection.

While trajectory is a larger concern for distance target shooters and long-range hunters, it does make a difference in handguns. For this comparison, the clear difference in bullet size is largely the determining factor, as the heavier bullet of the .40 S&W tends to drop faster than the 9mm. However, if you find two products with similarly-size bullets, you may actually find that the 9mm Luger drops more because it has a slightly smaller propellant load.

For any self-defense weapon, manageable recoil is essential. While the .40 S&W is not the hardest-thumping cartridge available, the 9mm is generally considered a round that has manageable recoil while still delivering a lethal strike to any threat. For smaller, weaker, or less-experienced shooters, the 9mm Luger is often a good choice. Recoil can also be important for training, as long afternoons firing a hard-hitting cartridge can be tiresome on the hands.

There is a never-ending debate over load capacity. How many rounds is enough? What is the ideal round capacity for an effective conceal-carry or home-defense weapon? For most people who are serious about personal protection, there is never too many, as long as the gun is not too large.

When shopping for a handgun, you will find there is little difference in shot capacity for products made for the 9mm Luger or .40 S&W. You can find firearms that can load similar totals, so there is no advantage for either round. Basically, if you want a handgun that can load 10, 12, or 15 rounds, you’ll find options for either cartridge. 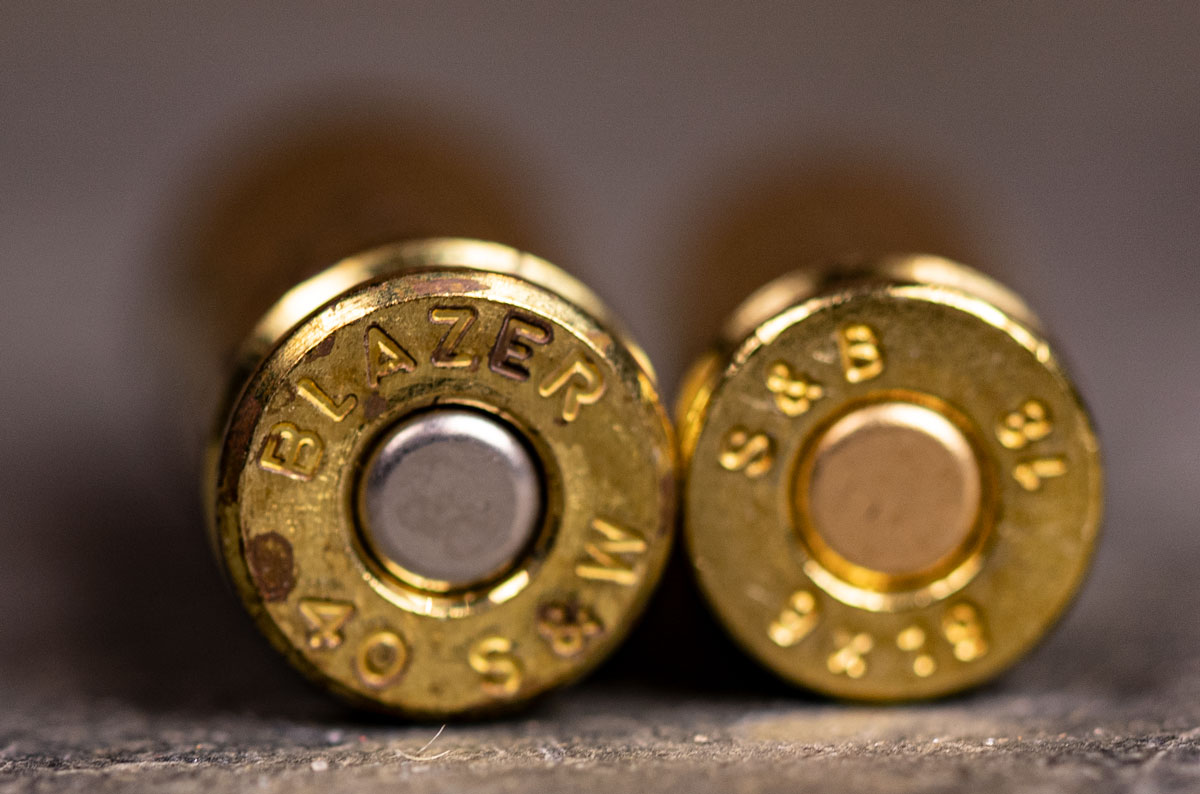 If you are concerned with price, or you want a round that has manageable recoil, the 9mm Luger is likely your best choice. It tends to have lower prices, largely due to widespread availability, and it delivers a slightly lighter recoil than the .40 S&W.

However, the .40 S&W has more energy, delivering superior ballistics to the target which results in larger, more lethal wounds to a threat. (This is not at all to say that the 9mm is a weak cartridge.) For this reason, many people who want more power prefer the .40 S&W over the 9mm Luger. We might note there seems to be some steam from Federal agencies and self-defense experts pushing 9mm over 40 S&W. In fact, the Federal Bureau of Investigation switched to 9mm from 40 S&W in 2015.

Of course, no matter what you decide, we urge you to practice with your firearm. A strong shooter with a smaller, slower cartridge typically fares better than a weak shooter with poor marksmanship.