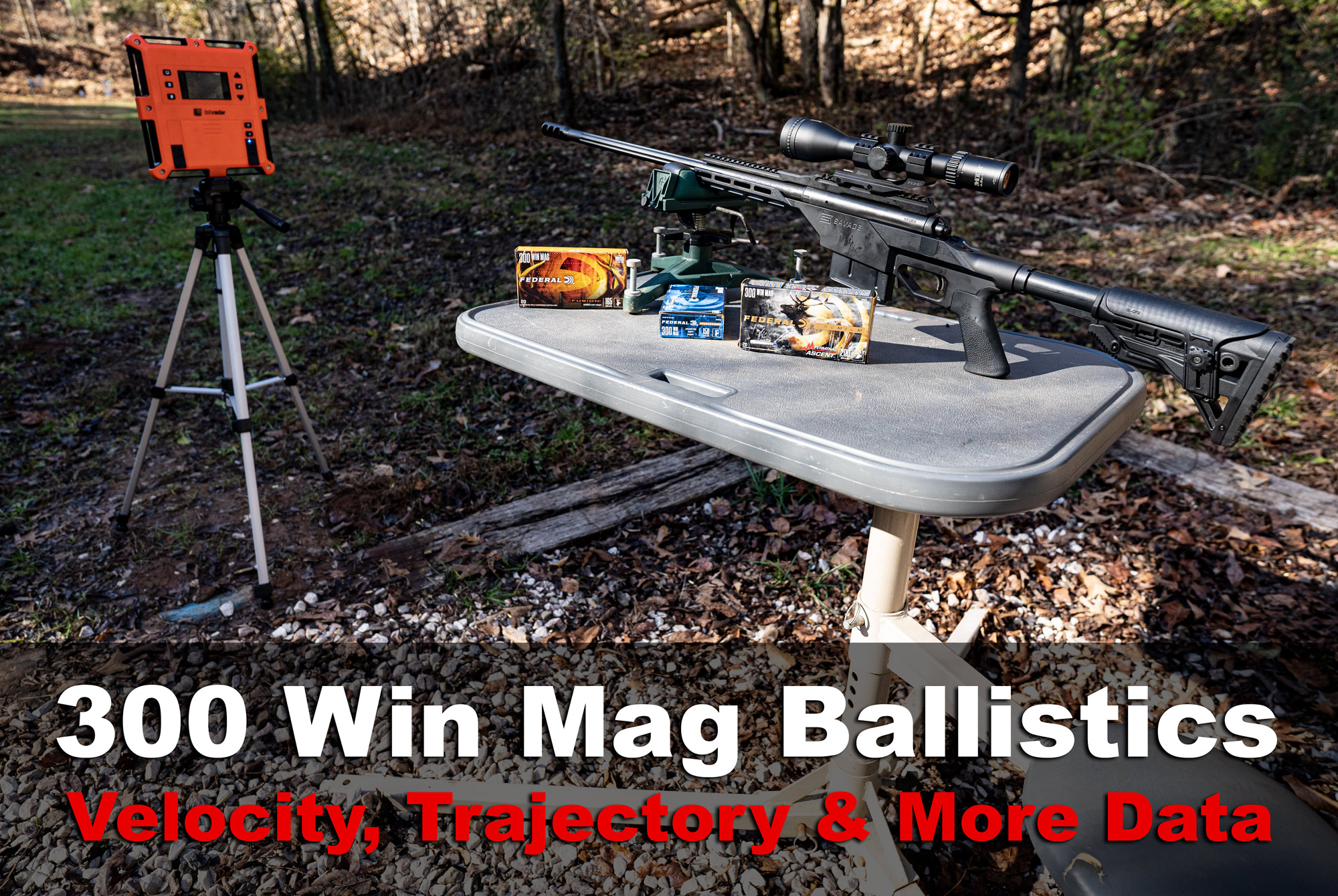 A look at exactly what 300 Win Mag is capable of when it comes to ballistics. We explore velocity, trajectory and more for some of the most common 300 Win Mag ammo loads sold in the United States.

Bullets up to 180 grain and 3,000 feet per second, 300 Win Mag Ballistics are a treasure trove of possibilities for distance shooters. Let’s dive in and take a look at all this rifle caliber offers.

Winchester introduced 300 Win Mag ammunition in 1963. Its casing is adapted from the 338 Win Mag, which itself is a shortened version of the 375 H&H Magnum. While magnum rounds were not novel at the time of the 300 Win Mag’s introduction, that it featured America’s favored .30 caliber bullet set it on course to the widespread popularity it enjoys today. 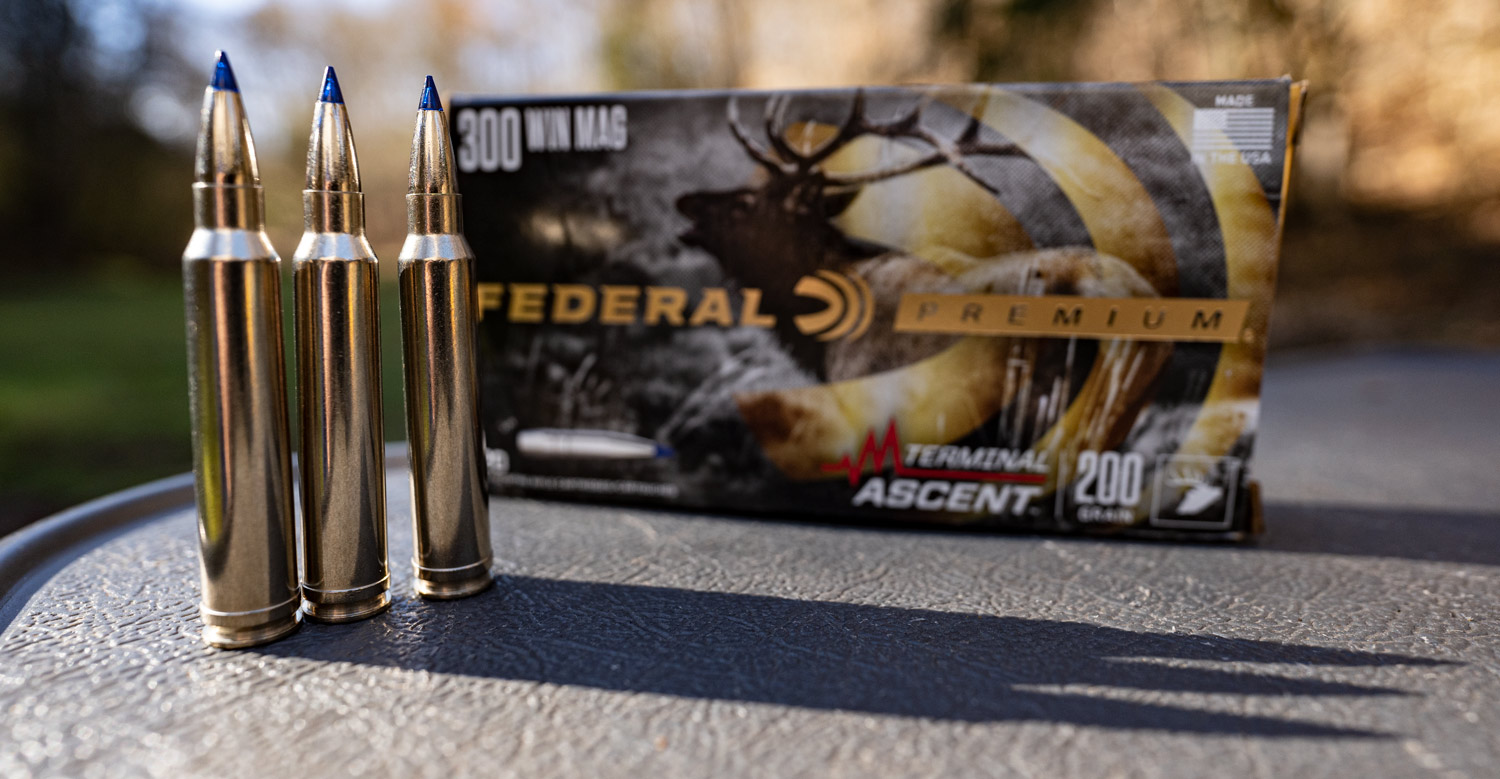 Generally, a 300 Win Mag’s 150 grain bullet delivers a 3,260 fps muzzle velocity, while its 180 grain bullet achieves approximately 3,000 fps. It is a flat shooting cartridge, able to hit a target at 300 yards with negligible hold over. (Essentially, you don’t have to arc the 300 Win Mag’s bullet trajectory in order to strike a target up to 300 yards.)

The 300 Win Mag retains the energy adequate to kill an elk humanely at distances greater than 600 yards. Even at 900 yards, the 300 Win Mag can pack the 1,000 ft lbs punch considered the required minimum to kill a whitetail without undue suffering. In short, this is a widely available, accurate, and powerful round that you could hunt anything with.

The 300 Win Mag’s muzzle velocity surpasses that of most 30-06 ammo by about 400 feet per second. This confers a flatter trajectory coupled with approximately 20 percent more energy to transfer downrange.

As usual, the advantages that go hand in hand with a powerful round are tempered by greater recoil. The 300 Win Mag’s perceived recoil is about 30 percent more powerful than a 30-06’s, which is already substantial. At 30 ft lbs, the 300 Win Mag’s recoil energy places it on the upper threshold of what shooters can tolerate for any reasonable amount of time. It is roughly comparable to firing a 12 Gauge slug.