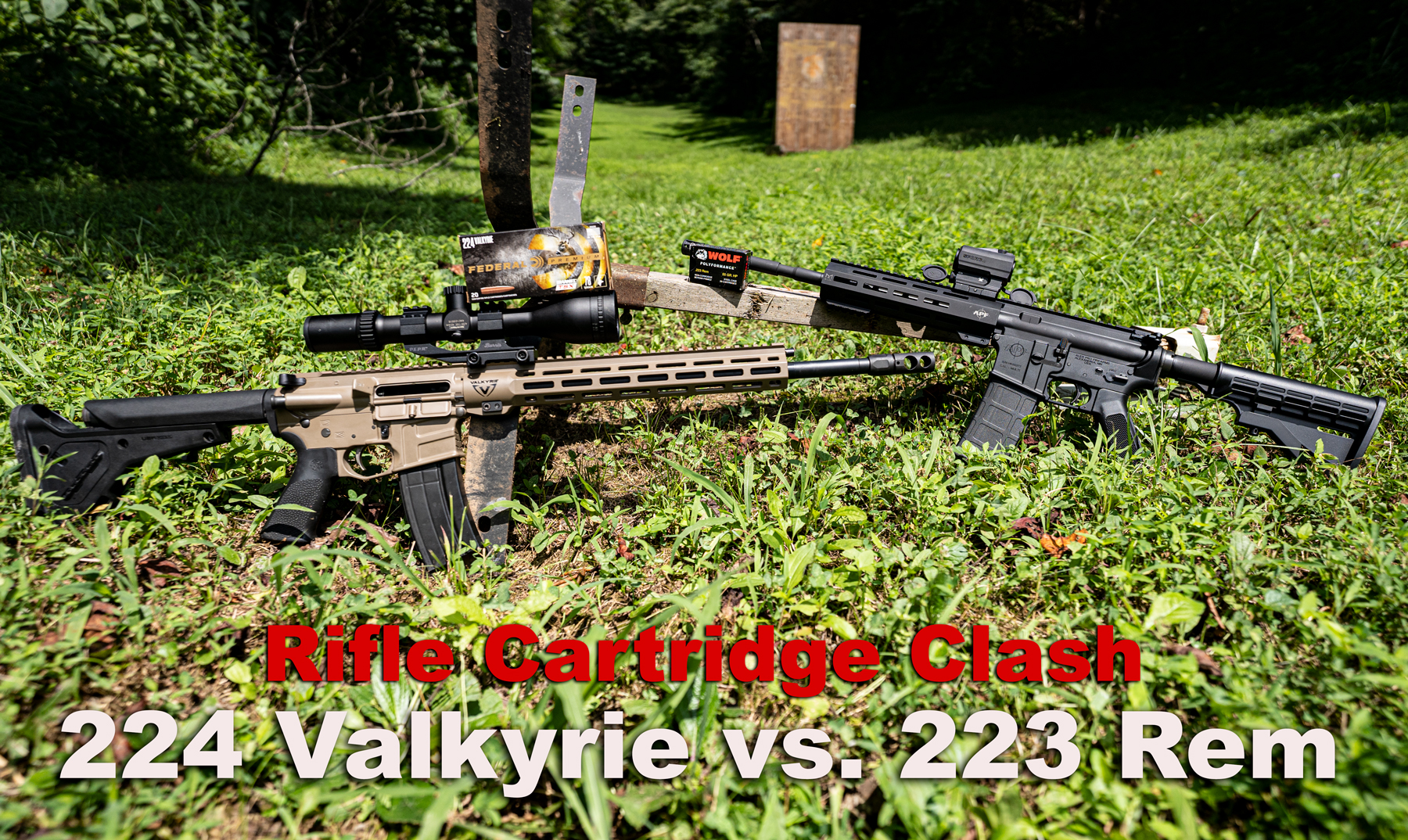 What are the major differences between 224 Valkyrie and 223 Remington? This easy to follow guide shows you why the calibers are different and offers some help to determine which is best for your needs.

The .224 Valkyrie, released in 2017 for modern sporting rifles, is trying to take a dent out of the massive popularity, some might say outright dominance, of the .223 Remington. So should you adopt this plucky newcomer, or should you stick with the venerable, trusted .223? To make the right choice, you need to understand the basic differences, and similarities, of these fast, effective cartridges. So let’s explore 224 Valkyrie vs 223 Remington.

Even the most affluent shooters need to be aware of pricing; this is often the first thing you’ll see when looking at a box of rounds. Pricing is especially important for the .223 Remington and the .224 Valkyrie, as these are often fired in high volumes; a difference in a nickel per shot can quickly add up to hundreds of dollars over a full year of shooting.

Pricing will depend on how and where you buy, but you will usually find the .223 Remington is more affordable. Because it’s available from almost all manufacturers, while the .224 Valkyrie is only available from a few, the .223 is sometimes significantly cheaper.

When this article was written, the lowest per-round cost for the .223 Remington was $0.35, while .224 Valkyrie ammo was closer to $1.00. This is an extremely small sample size, and the two products mentioned above were from a different product line, but it provides evidence for the generally true statement that the .223 Remington will be more affordable. It’s a more established round that’s used by NATO forces. So, it is currently manufactured in greater numbers by more ammunition companies. It also uses slightly less material (in general), making it more affordable.

Looking at the cartridges side-by-side, the most noticeable difference is the rim diameter. They use essentially the same bullet diameter, and have a similar case length, but the .224 has larger shoulders and a wider body than the .223 Remington.

If you search the stats and numbers of both cartridges, you’ll notice that the .224 Valkyrie often has a higher “B.C.,” which stands for Ballistic Coefficient. We won’t dive too deep into the science of this number, but just know that the higher the B.C., the more a bullet can cut through the air. Another way of saying this is that the higher the B.C. the lower the air resistance. This will come into play when we look at performance.

Velocity is one of the most important factors for cartridge and bullet performance, having an impact on accuracy, terminal ballistics, and energy. These two cartridges are very similar when it comes to velocity, with most products ranging in the middle to high 3,000s. This makes both a fast round, which is part of the reason they are so popular at the range and the hunting fields.

Among the six cartridges we looked at (a small sample size for certain), the 40-grain .223 Remington from Federal was the fastest; it’s not a coincidence that it also had the smallest bullet. But the slowest was also .223 Remington ammunition, the 75-grain product from Hornady. Because there is so much overlap in speed, and because the .223 Rem was both the fastest and the slowest, we can safely call this one a draw.

Like speed, there was a lot of overlap in how these products compared for energy. However, it appears that the .224 Valkyrie takes a slight edge. This is not surprising, as a major goal for the Valkyrie was to provide more downrange energy.

In all three comparisons, the .224 was more powerful, both for muzzle energy and energy after 300 yards. As you can see from the numbers above, the .224 Valkyrie consistently held muzzle energies around 1,450 ft-lbs or more, while the .223 Remington was in the mid to high 1,200s. 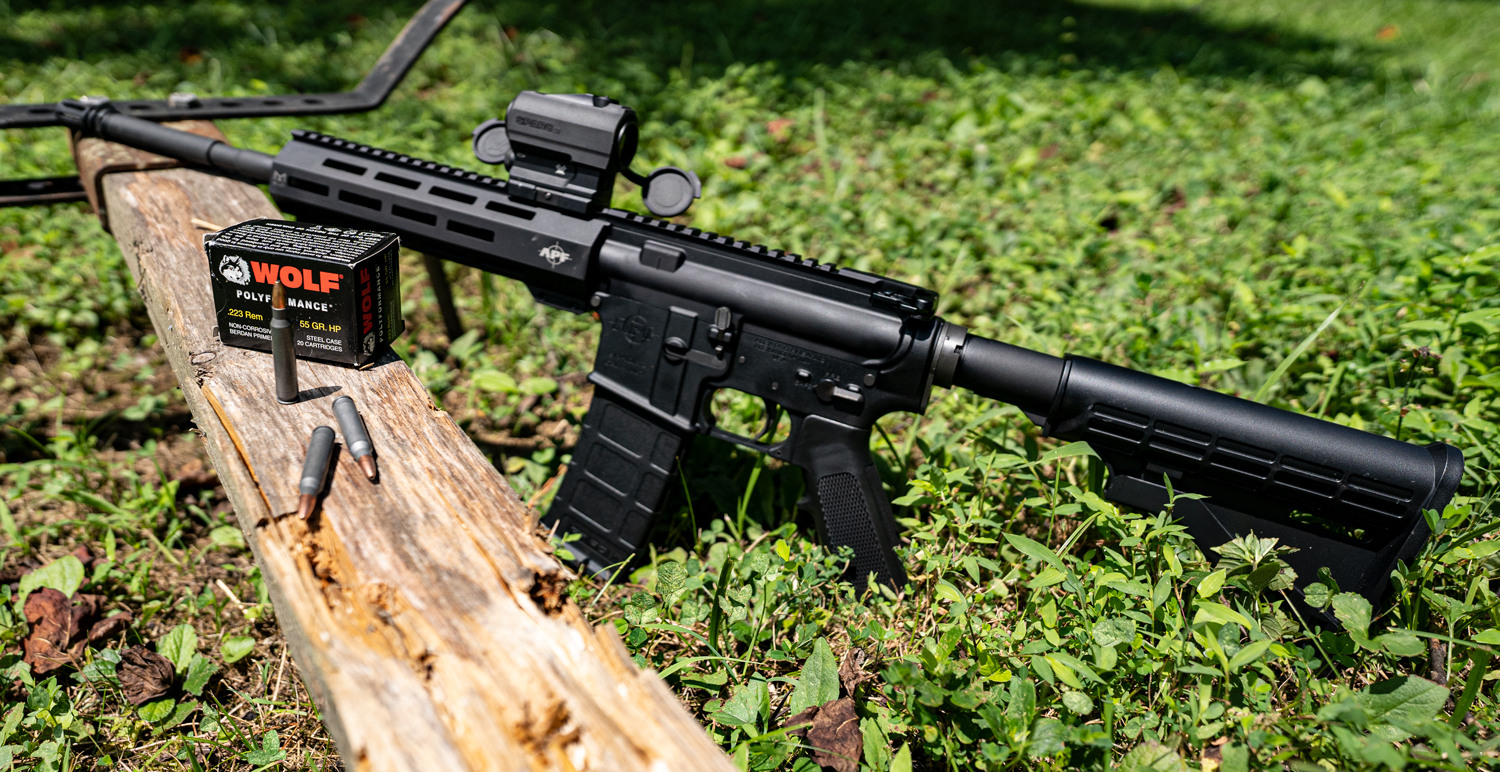 Both of these cartridges are used for distance shooting. They have the speed and sustained energy to be effective for not only striking a paper target, but forcefully hitting a target at 500 yards or more.

Once again, among the small sample size we see the .223 Remington had both the best and worst trajectories, with, seemingly, more consistency among the .224 Valkyrie. There is very little difference between one and the other; at 500 yards the drop ranged from 38.1 to slightly over 49 inches. This difference would certainly make an impact on your shooting, but it’s not a drastic difference. (Relatively speaking, of course. You can find much greater differences among rifle cartridges.)

Once again, we have to call this one a draw. If you’re hunting small game, the 223 Remington delivers all you need. But if you’re going bigger, the Valkyrie offers less drop with heavier bullets.

Wrapping Up the 224 Valkyrie vs 223 Remington Debate

So which one is the right cartridge for you? If you are considering a modern sporting rifle, you essentially have to ask yourself two basic questions:

If you are a price-sensitive buyer who wants to fire hundreds of round in an afternoon, the well-established .223 Remington is likely your best option.

However, if you expect to hunt small to medium-sized game animals and varmints at distances of 300 yards or greater, the .224 Valkyrie, with its higher downrange energies, will likely be your best option.