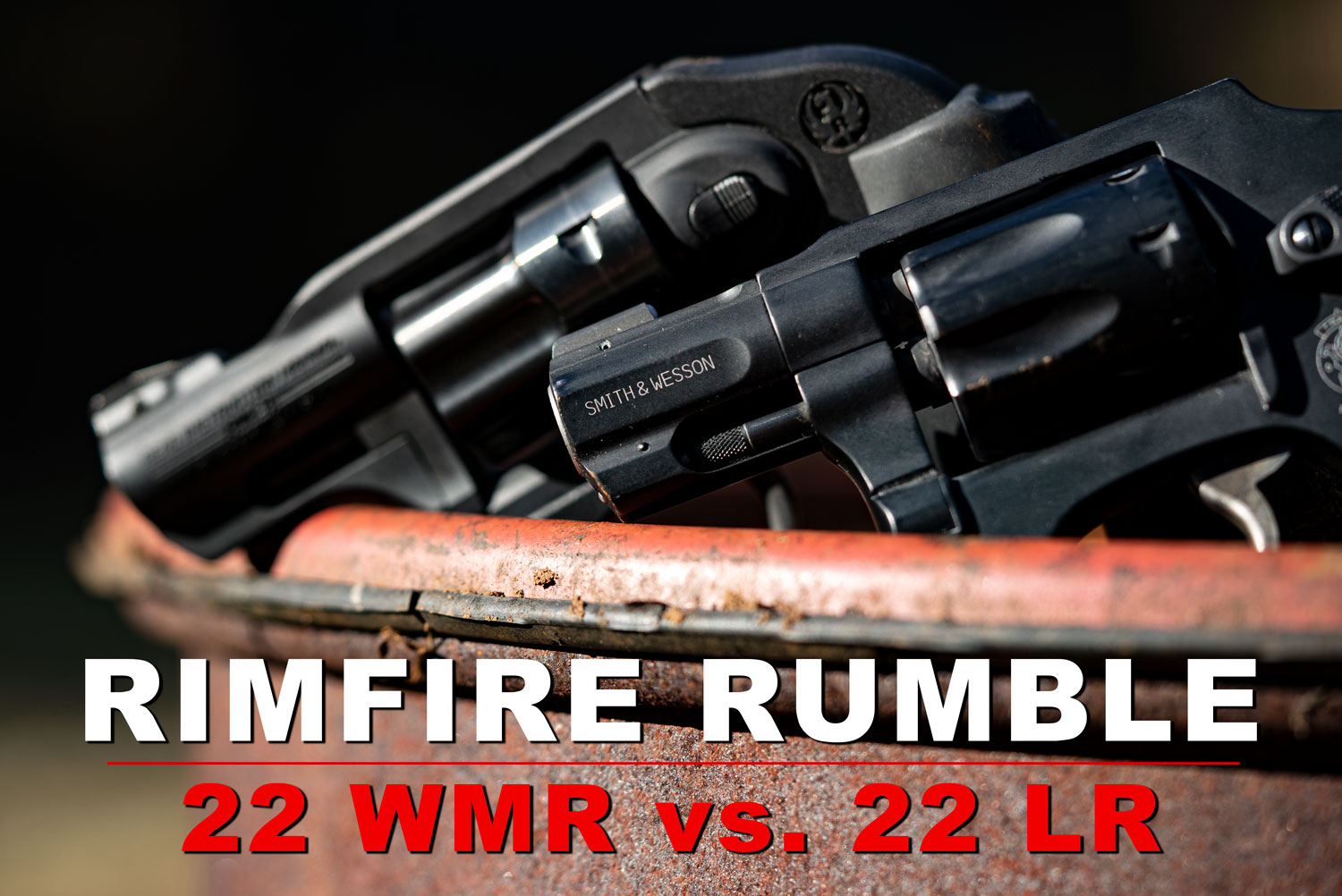 Let’s put the 22 WMR caliber up against the insanely popular 22 long rifle cartridge to dissect the differences and advantages of each over the other.

Calibers measuring around .22-inches in diameter are extremely popular, and for good reason. This general size has been modified and adapted into dozens of cartridges, including center and rimfire. They’re great for target shooting, hunting, self defense, and even military purposes. Let’s take a closer look at these two cartridges to see which one is right for your needs with a 22 WMR vs 22 LR showdown.

The .22 LR and .22 WMR are not interchangeable, we should get that out of the way immediately.

They have different dimensions for length, rim diameter, and even bullet diameter (although this comes down to one-thousandth of an inch). You cannot take .22 WMR and use them in a rifle made for .22 Long Rifle, and vice versa. You might be able to get a round to chamber in the wrong firearm but it’s not a great idea to pull the trigger.

You’ll need a separate firearm, or at least separate fittings, for each cartridge.

Getting to Know .22 Long Rifle 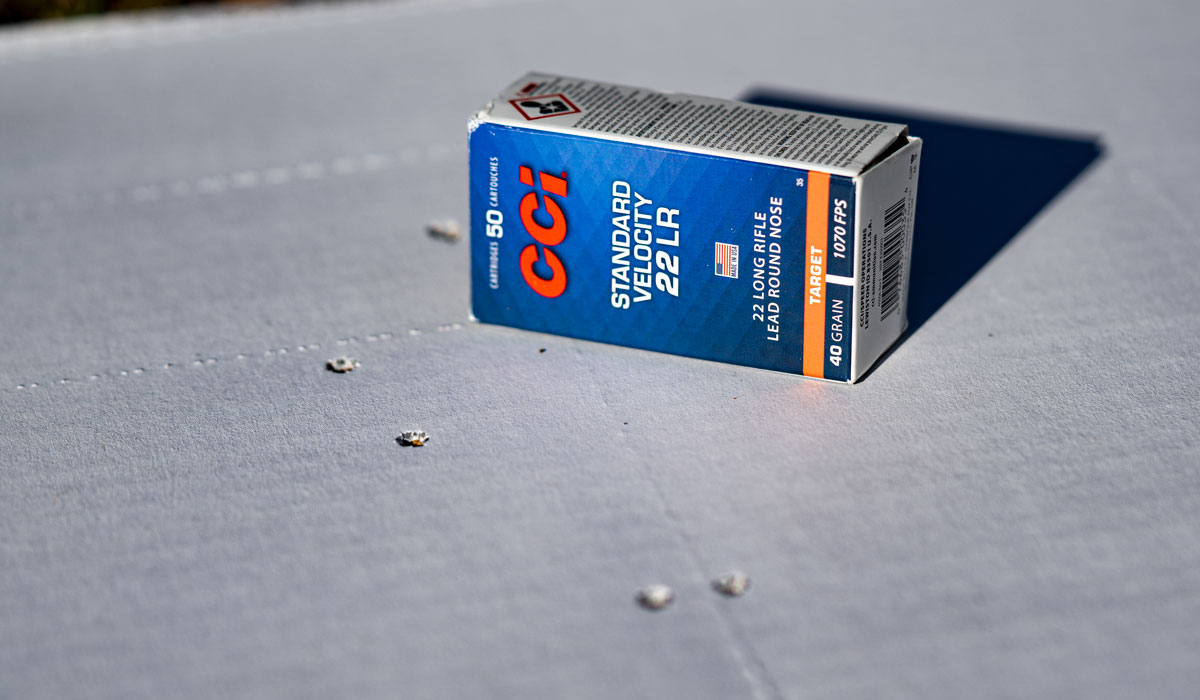 The .22 Long Rifle, or “.22 LR” is likely the most-used round in the country, if not the entire world. Released in the late 19th century, this round has been popular for small-game hunting and competition, but its most frequent use is in recreational plinking. It also makes an ideal choice for varmint control, which is why so many property owners keep a .22 LR rifle or revolver in their gun safe.

Getting to Know the .22 Winchester Magnum Rimfire 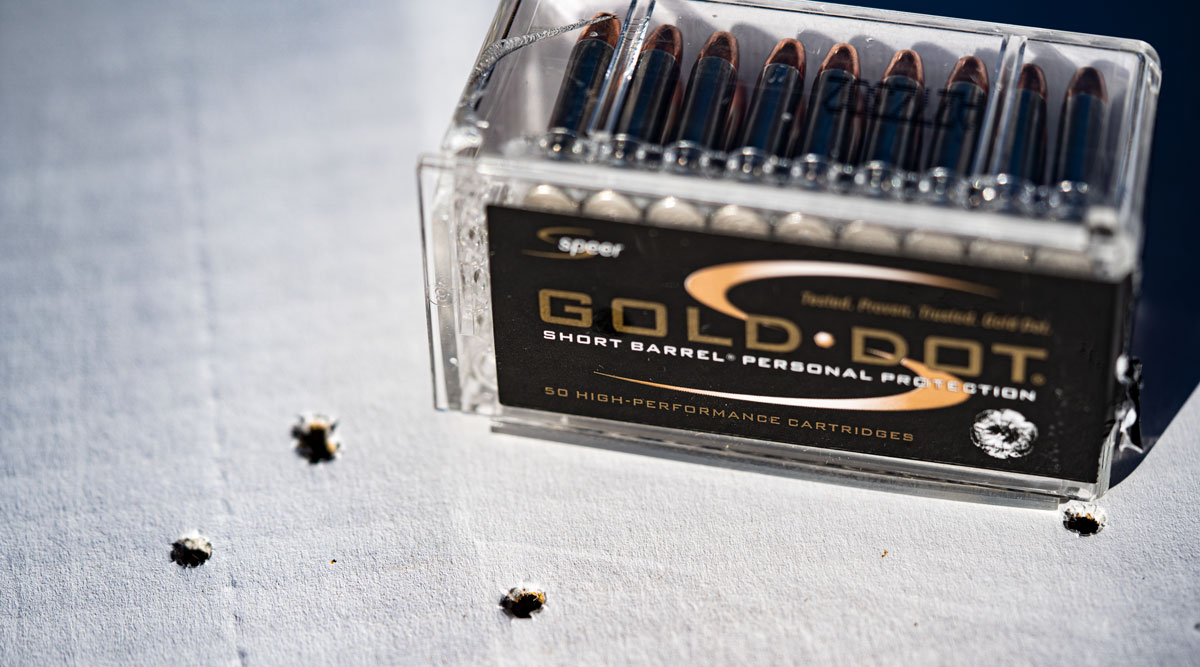 The .22 Winchester Magnum Round, which is also known as the “.22 WMR,” or “.22 Magnum” was released 75 years after the .22 LR. It has similar proportions as the Long Rifle, but the main difference is the extended case, which allows for more propellant behind a bullet that is often the same size.

The round is used for a variety of purposes, including target shooting. The most common use for this round, however, is small-game hunting. The cartridge is effective for rabbits, prairie dogs, foxes, and even coyotes.

While .22 WMR is one of the cheaper cartridge options, the .22 LR is considered by many to be the single most affordable ammunition out there. You don’t get a lot of bang (more on performance below), but you can spend an entire day shooting targets with .22 LR cartridges and barely scratch $10.

As of writing this article, it’s not uncommon to find .22 LR priced at less than a nickel per round. The highest was still only $.37 per round. The .22 WMR is still affordable, with plinking grade prices as low as $.17 per round as I write this. Neither is expensive, but you simply can’t beat the per-round cost of the .22 LR. This is the main reason why it’s so popular.

Please note: These price examples are accurate as the time of writing. Rimfire markets can fluctuate greatly so these prices could move up or down depending upon supply and demand.

Because the .22 Magnum packs more propellant behind a bullet that is essentially the same size, it outpaces the .22 LR in velocity. This is true both at the muzzle and downrange.

The same essential results that we saw for velocity occur for energy. Because they pack similar bullets, but one is backed by more propellant, the .22 WMR has a clear advantage in energy. To highlight this, we’ll look at 40-grain Federal Premium Champion Training ammo for the .22 Long Rifle and the .22 Magnum.

Again, the enhanced speed results in better statistics for the .22 WMR. Looking at the same Federal Premium Championship Training rounds we cited above, we see that the .22 LR, when zeroed to 50 yards, drops 5.6 inches at 100 yards. The .22 WMR round only drops 2.1 inches, giving it better accuracy at medium-range distances.

When comparing cartridges, we often discuss one of the most important factors for shooting, especially high-volume shooting: recoil. The recoil (the force driving back into the shooter’s hands or shoulder) for both of these rounds is negligible at best. While the .22 WMR has more recoil than the light-popping .22 LR, it’s not enough to make any real difference to a shooter. For all intents and purposes, neither of these will give you a sore shoulder.

Winner: Draw (.22 LR is lighter, but neither has significant recoil)

The biggest reason to choose the .22 Long Rifle is simple affordability. If you want a starter rifle, or if you are simply tired of spending $50 on ammunition every time you head to the range, the .22 LR is a great choice. No, it won’t replace your deer rifle, but it will give you a cost-effective way to enjoy shooting. It’s also great for small-game hunting and varmint control.

Also, if you have a youngster that is ready to learn responsible shooting, the .22 LR is a great entryway into the world of safe gun handling. With virtually no recoil and only a small “crack” of noise, it’s an approachable cartridge that is not intimidating to young or inexperienced shooters.

The .22 Winchester Magnum Round has many of the qualities that make the .22 LR popular, but it has a little more speed, power, and a louder pop when fired. In a way, it’s the natural step up from the Long Rifle, so if you want to hunt rabbits with a little more distance, or you want a cartridge that can plink targets at 150 or 200 yards, the .22 WMR is a natural choice.

Heck, there are even concealed carriers who use 22 WMR in a back-up revolver. So, they believe in the cartridge enough to take down a larger threat too. (Although, in some 22 WMR gel testing, we found it really didn’t perform well relative to some of the centerfire options out there like 380 ACP and 9mm.)

In the end, both of these calibers fill a specific need among American shooters. Whether you just need one of them or add both to your gun cabinet is up to you. No matter what you decide in the 22 WMR vs 22 LR showdown, you’re getting a relatively inexpensive round. Pair that cost with proven performance over decades of mainstream use and it’s tough to go wrong.