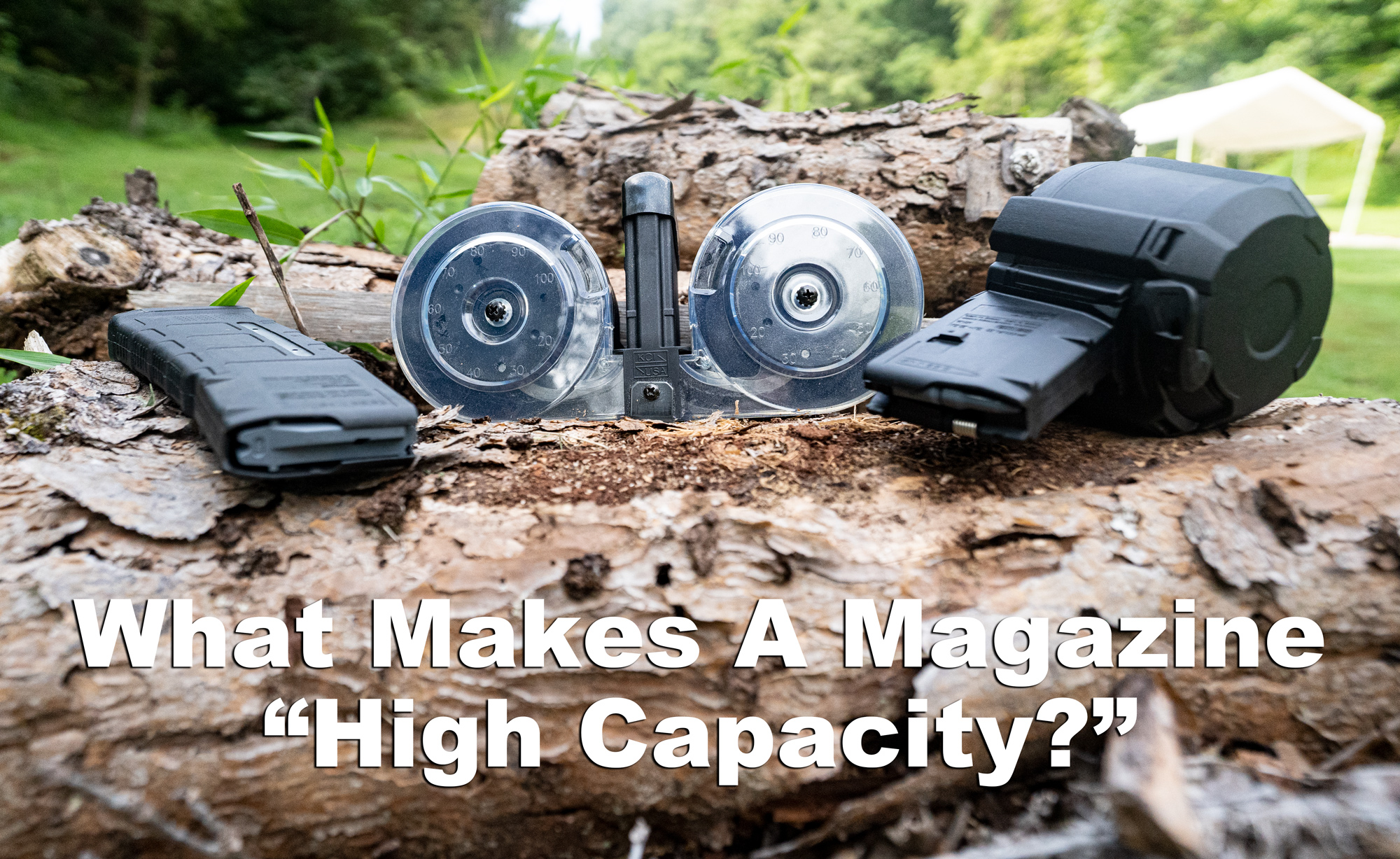 We explore the phrase “high capacity magazine” and explain what both gun rights supporters and less gun-friendly groups think of the distinction.

It seems whenever a criminal uses a gun to commit a crime, America vigorously renews the discussion on gun laws. Other issues, such as school security, personal-protection rights, and mental-health support, are part of the debate, but virtually all fair-minded Americans agree that something needs to be done to reduce the frequency of these tragedies. Often, that debate turns to the issue of magazine capacity and limiting what some call “high capacity” magazines. But what is a high capacity magazine and who decides what that term means?

What is a High Capacity Magazine?

There is no clear definition of what a high capacity magazine is within the industry or regulators nationwide. However, many states are moving to restrict magazines to 10 rounds – considering anything with more capacity “high capacity.”

The issue, unfortunately, is that gun-rights advocates and gun-control activists rarely speak the same language. Gun control advocates typically “high” capacity means many fewer rounds than what most gun owners think. What, for example, constitutes a “high-capacity” magazine? Is 10 rounds “high capacity?” 30? 100?

If we are going to have a serious discussion on gun laws, we need to be clear-headed, honest, and respectful. We also need to be consistent.

Because “high capacity” is often part of the debate, it helps to place the term in the right context, understand what groups on both sides consider “high capacity,” and look at how the term can change depending, not only on the person using the phrase, but also the type of firearm being discussed.

For most of us here, we opt to use the phrasing “standard capacity” for magazines commonly available to civilians.

Placing “High-Capacity” in the Right Context 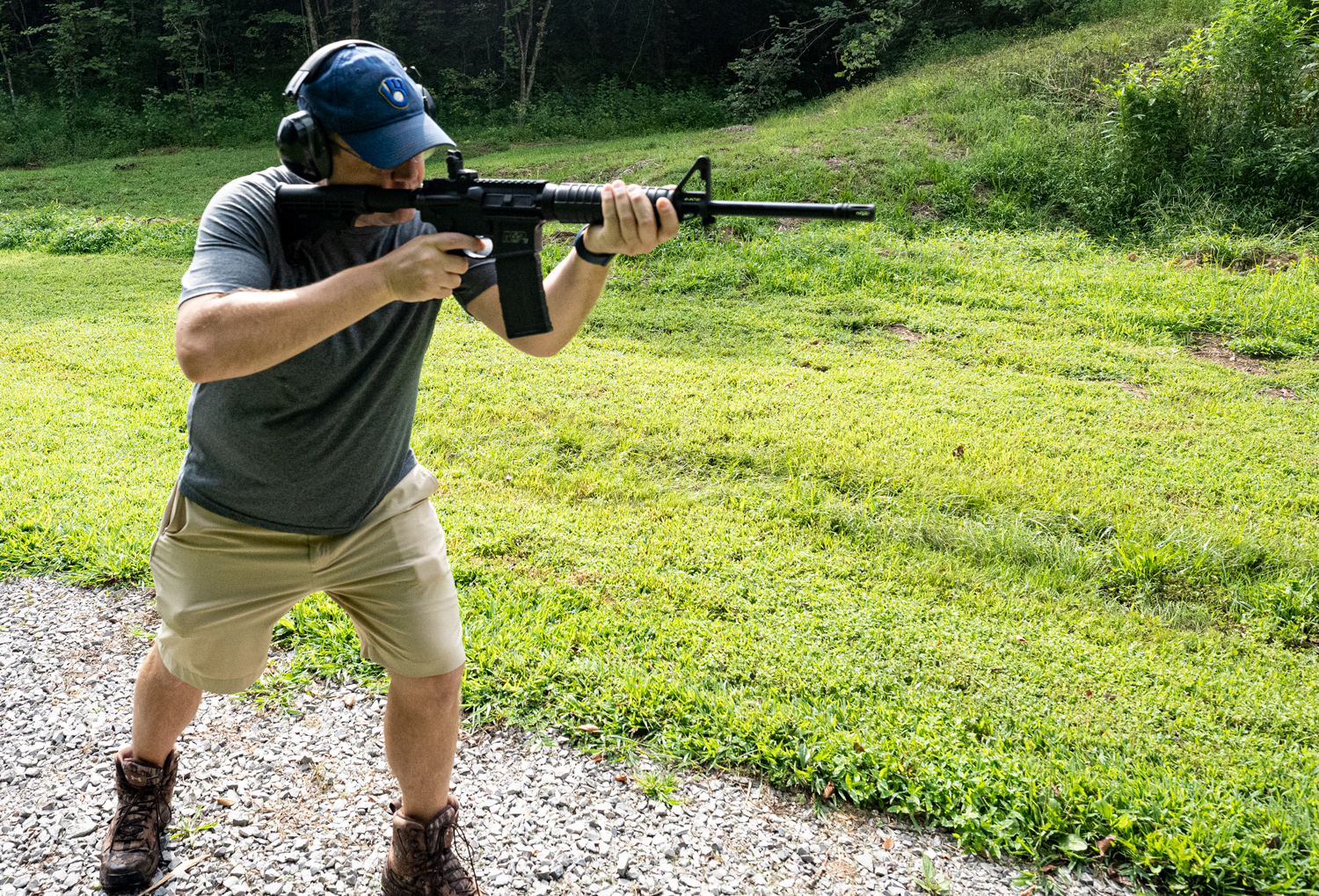 First of all, it’s important to place “high capacity” in the right context. To experienced firearms users, this is fairly obvious. But to those who do not understand rifles and their components, “high capacity” is often placed in the wrong context.

This terms should only be used when discussing magazines, as the magazine is the component of the tool that stores the ammunition. Unfortunately, the phrase is sometimes used in the wrong context, muddying the waters in an already murky discussion.

Even MSNBC, which is hardly considered a gun-rights outlet, has discussed the issue of firearms nomenclature, writing that “there is no such thing as ‘high-capacity ammunition,’ as the Washington Post called it, or ‘high-capacity weapons,’ as Politico called them.”

So what counts as high capacity? That, all too often, depends on whom you ask.

What Counts as “High Capacity?”

The term high-capacity, referring to the number of rounds a firearm holds before you need to reload, is controversial. The main problem is that advocates and activists on either side cannot agree on what counts as high capacity.

If we base our definition on past government decisions, you might consider any magazine holding 10 or more rounds high capacity. The Federal Assault Weapons Ban, which was in place from 1994 to 2004, included a ban on new firearms that had magazines holding 11 or more rounds. At the time, a ten-round magazine was perfectly legal. 11 or more? The law barred manufacturers from making them.

Ten rounds, however, seems like an extremely low number to many gun-right advocates and firearms enthusiasts.

Many of the current AR-platform rifles (often called “assault rifles” by gun-control advocates and “sporting rifles” by gun-rights enthusiasts) come with standard magazines holding 30 rounds. (For instance, our best-seller is Magpul’s 30-round pmag.)These magazines are not considered excessive by the people who purchase these rifles, yet seem to be considered high-capacity by many in the gun-control camp.

The Phrase Varies Depending in the Firearm

The term gets even more complicated when we consider that a certain number of rounds is standard for one type of firearms but not another. While 30 rounds is the standard capacity for many rifles, this amount would be above the standard number for pistols, which usually carry somewhere around 10 to 17 rounds at a time.

Again, this adds a layer of complication to the debate, but as long as people on both sides are discussing the issue with consistency, there is hope for a steady and productive discussion.

What are the Current Laws on Magazines

As we often mention when discussing gun laws, the states play a major role. Each state, and even cities within those states, have different laws regarding firearms and ammunition.

According to World Population Review, nine states plus the District of Columbia have enacted some form of law banning large-capacity magazines. With Washington’s new law added in 2022, there are now at least 10 states with these regulations.

The terms we use in this important debate, and the contect in which we use these terms, matter. In this regard, “high capacity” is hardly the only term we debate. For example, some assume that “AR,” as in AR-15, stands for Assault Rifle. But this is not the case, as the acronym actually stands for Armalite Rifle; Armalite being the company that initially developed the platform. What one group would call an assault rifle, another would call a sporting rifle. This is one example that demonstrates the difficulty of coming together and having a consistent discussion about firearms.

We may not be able to solve the gun-control vs gun-rights debate, but we hope the article helps people on both sides have a legitimate discussion, one based on the common usage of terms.

Pistol Shooting Stance – What’s Important and Why it Matters

The 4 Rules of Gun Safety