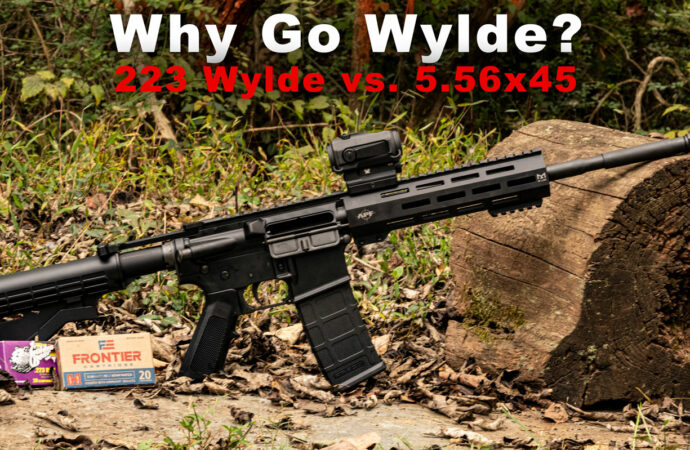 223 Wylde is taking the shooting world by storm and giving a lot of carbine owners more flexibility when it comes to ammo. To find out why you might opt for 223 Wylde vs 5.56 or 223 Remington, keep reading.

The differences between .223 Remington and 5.56×45 NATO have been debated and explained a million times over. Although these two popular cartridges have a lot in common, their similarities are mostly skin deep. You can’t treat the similar cartridges interchangeably in most AR-15 rifles. Enter the 223 Wylde to open up a new world of ammo possibilities. But what is 223 Wylde?

223 Wylde is a hybrid rifle chamber that allows you to shoot both .223 and 5.56×45 ammo from the firearm safely. Technically speaking, a 223 Wylde rifle has identical chamber angling as a 5.56×45 rifle but also brings a .2240 freebore diameter. Freebore is the space between a rifle’s chamber and the rifling in the barrel. Tighter freebore size in a 223 Wylde rifle allows you to shoot .223 ammo with relatively strong accuracy from it than a 5.56×45 rifle.

To really appreciate what 223 Wylde brings to the table, you need to understand 223 Remington and 5.56×45 as calibers. 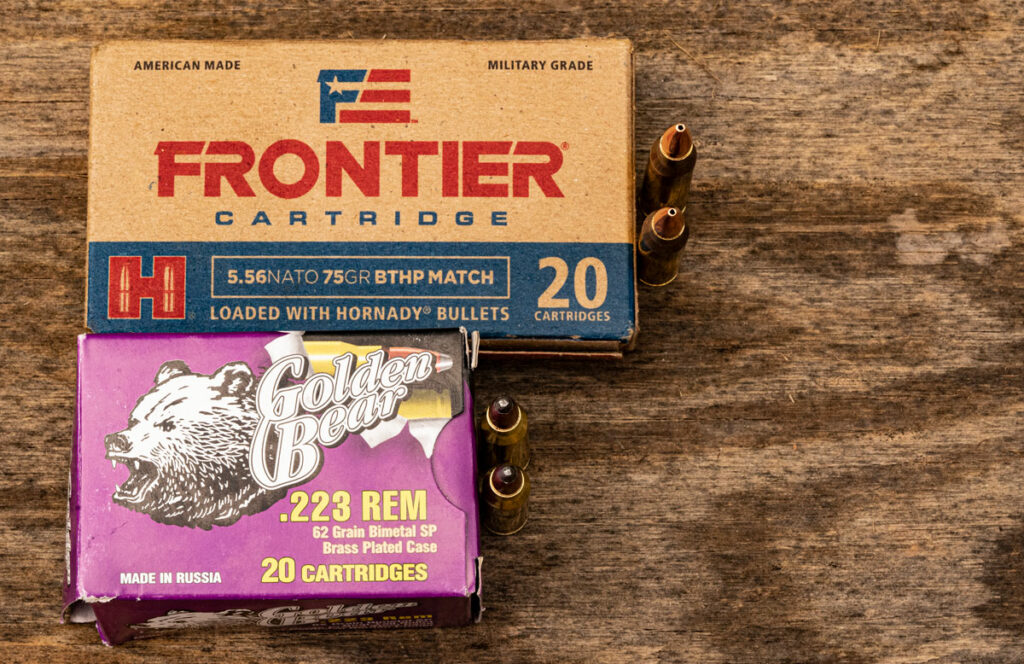 Pressure is the primary difference. Pressures produced by a 5.56 cartridge are generally higher than those produced by a .223 round. As a result of the pressure difference, 5.56 rounds also typically produce higher velocities.

The exact differences are difficult to properly evaluate, because pressure is measured differently for each cartridge. .223 Remington, being a civilian cartridge, is standardized by SAAMI (Sporting Arms and Ammunition Manufacturers’ Institute). SAAMI measures pressure from the middle of the case. In comparison, 5.56 NATO is held to military specs. The pressure produced by a 5.56 cartridge is measured at the mouth of the case. The slight difference in the point of measurement can account for a variance in pressure measurement of more than 20,000 psi.

Because the pressure on these two cartridges is measured quite differently, it is difficult to get a clear apples-to-apples comparison. However, it is pretty common knowledge that pressures in the 5.56 cartridge are higher than those in the .223. This pressure difference makes it potentially dangerous to shoot the 5.56 NATO out of a .223 Remington chamber. 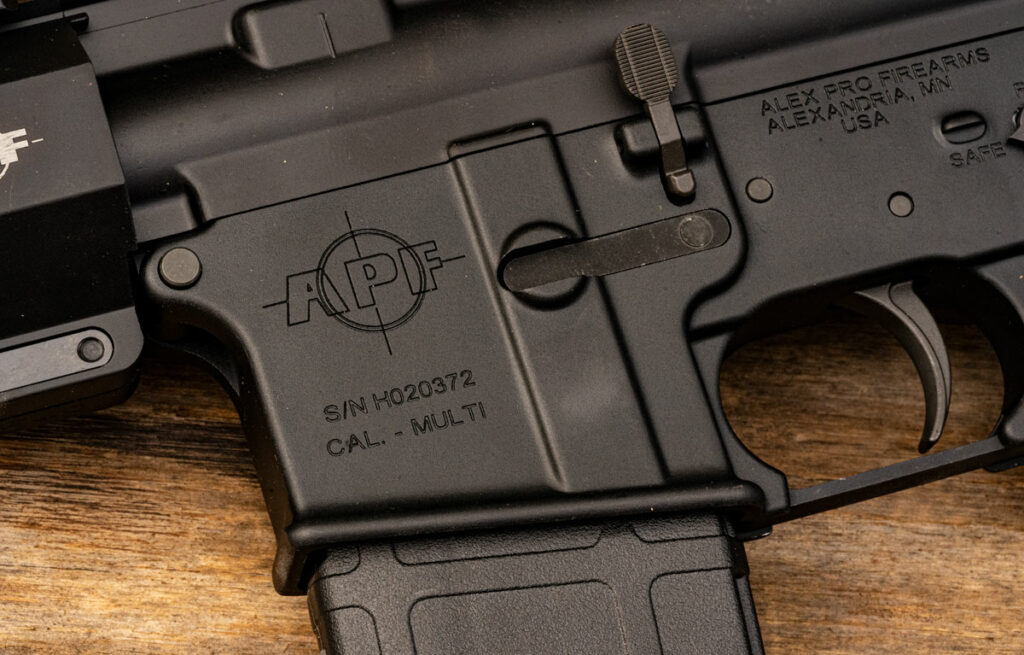 Part of the pressure issues lie outside the cartridges themselves. Pressure is also influenced by the size and shape of the chamber. Although .223 Remington cartridges will fit inside a 5.56 NATO chamber (and vice versa), the two chambers are quite different.

The chamber dimensions for the 5.56 are slightly larger than a .223 chamber. However, the main difference is in the leade. The lead (or throat) is the area between the front of the chamber and the point where the projectile connects with the rifling. 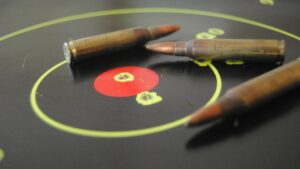 When a cartridge designed for a longer leade (like the 5.56 NATO) is fired out of a chamber with a shorter leade (We’re talking about .223 Remington here), it creates a dangerous and almost instantaneous pressure spike.

If you’re lucky, shooting 5.56 ammo out of a rifle chambered in .223 will only increase fouling and speed up the wear and tear on your weapon. If you’re not so lucky, the swift jump in pressure could cause a catastrophic weapon failure.

While the odds of your rifle exploding are fairly slim, the chance is still there. That’s not a lottery you want to win. Shooting these cartridges involves tiny, but violent explosions that propel metal projectiles nearly three times the speed of sound. It is probably wise not to tempt the lottery gods. Just play a scratch-off ticket. It’s much safer.

While it is ill-advised to shoot 5.56 ammo out of a weapon chambered for .223, the opposite is perfectly safe. You can shoot .223 Remington cartridges out of a 5.56 chamber to your heart’s content. And since .223 ammunition is often cheaper than 5.56, you won’t go broke doing it. 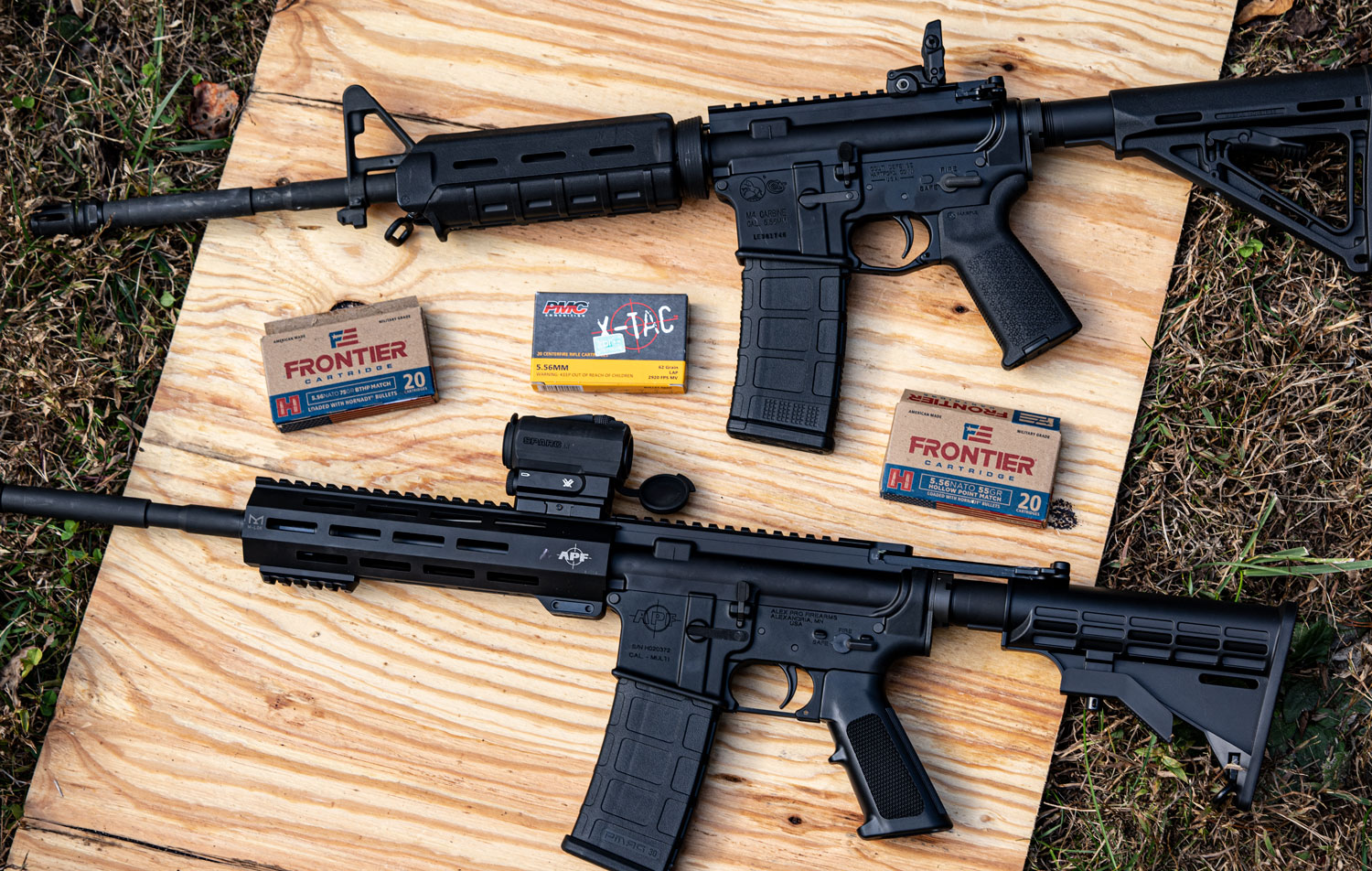 To get a sense of what kind of differences you should expect if you make the switch from a standard 5.56×45 AR to a 223 Wylde rifle, we hit the range.

More than anything, we wanted to see if shooters could expect differences in velocity between the two. Would the microscopic differences in chamber size lead to one rifle shooting significantly faster than the other?

For our testing, we looked at a standard M193, 55-grain load of Hornady Frontier 5.56 ammo as well as a heavier, 75 grain match grade ammunition.

Admittedly, there are a number of variables at work here. Chief among them, the consistency of the ammunition is a variable outside of the limits of either rifle.

In either case, both rifles gave us about what we would have expected when comparing our 16″ barrel velocities to those provided by Hornady with a 20″ barrel.

We don’t often get a fairy tale ending when it comes to firearms, but this time we did. A guy named Bill Wylde sought to combine the benefits of the .223 Remington (consistency and accuracy) and 5.56 NATO cartridges (more down-range power). Just like Goldilocks, Wylde wanted a chamber that was “just right” for both cartridges. So he took matters into his own hands and designed one.

The .223 Wylde chamber (there are no .223 Wylde cartridges, so don’t ask for them at your local gun shop) has the same leade angle and external dimensions of the 5.56 NATO. However, it also has the leade diameter of the .223 Remington. This design allows for tight, controlled gas expansion due to the smaller leade diameter. However, the chamber angling provides sufficient space to handle hotter 5.56 loads.

Basically, the .223 Wylde is like old-school Miley Cyrus. It gives shooters the “best of both worlds.” With a .223 Wylde chamber, you can easily bounce back and forth between the two loads. This versatility allows you to enjoy the exceptional accuracy of .223 Remington loads and the increased velocity and downrange power of the 5.56×45 NATO.

So, why isn’t everyone jumping on board the Wylde train? Good question.

The .223 Wylde produces optimal performance (even with less expensive ammo) and provides considerable versatility. The one major drawback is cost. A firearm with a .223 Wylde chamber will usually come with a higher price tag. The Alex Pro Firearms set-up in our photographs runs just shy of $700. That’s a couple hundred dollars more than an entry-level AR-15.

Hopefully, as more shooters become aware of what .223 Wylde offers, we’ll see the price drop and the availability rise.

In the meantime, any extra cash you fork out in a .223 Wylde upgrade will be more than made up later in ammo savings. This is especially true if you put a bunch of lead downrange. And what’s the fun in buying a firearm if you aren’t going to shoot it? 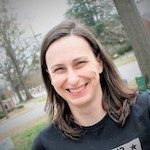