A side-by-side look at M855 vs. M193 ammunition. What is the difference and which is better for your needs?

The two most common rounds used in weapons chambered in 5.56x45mm NATO are M193 and M855. But what do these two designations mean? Is one better than the other? Let’s take a closer look at the differences between M855 vs M193 ammo and why you might choose one over the other. 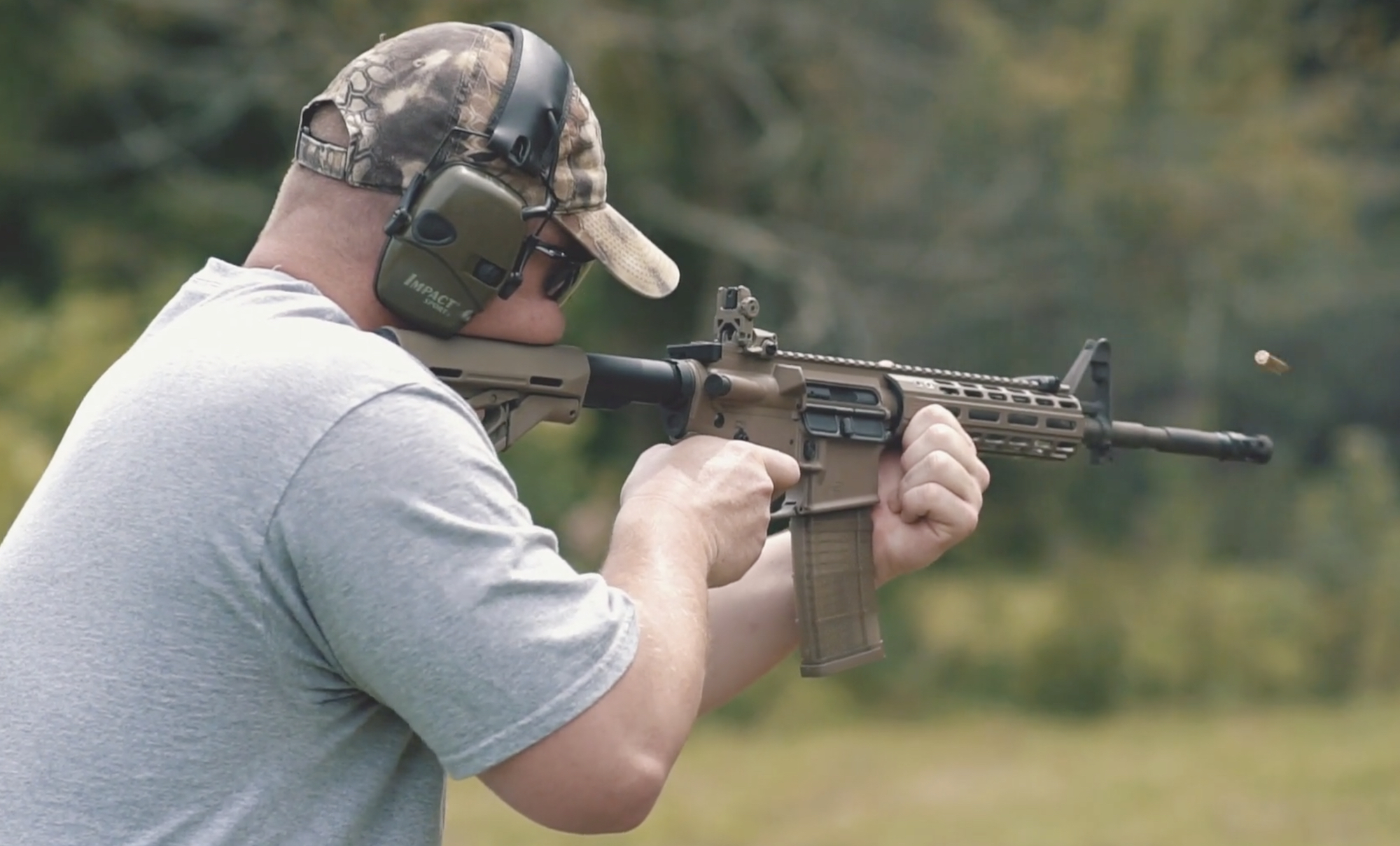 Technically, both the M193 and M855 are military cartridges. Like most military surplus supplies, there are strict rules around civilian ownership of M193 and M855 ammunition. However, the average Joe can get his hands on loads nearly identical to this military ammo, even though that ammo may not be actual “mil-spec.” Some of these loads are even manufactured on the same lines that make ammo for the military at Lake City’s Army Ammunition Plant.

If you’re getting your 5.56 ammo from Federal/American Eagle, they have a commercial alternative designated XM.

The X in front of M193 and M855 simply indicates these rounds are produced for civilian use. To confuse things, some manufacturers (like PMC) use the M193 and M855 designations. However, this ammunition isn’t technically military standard. 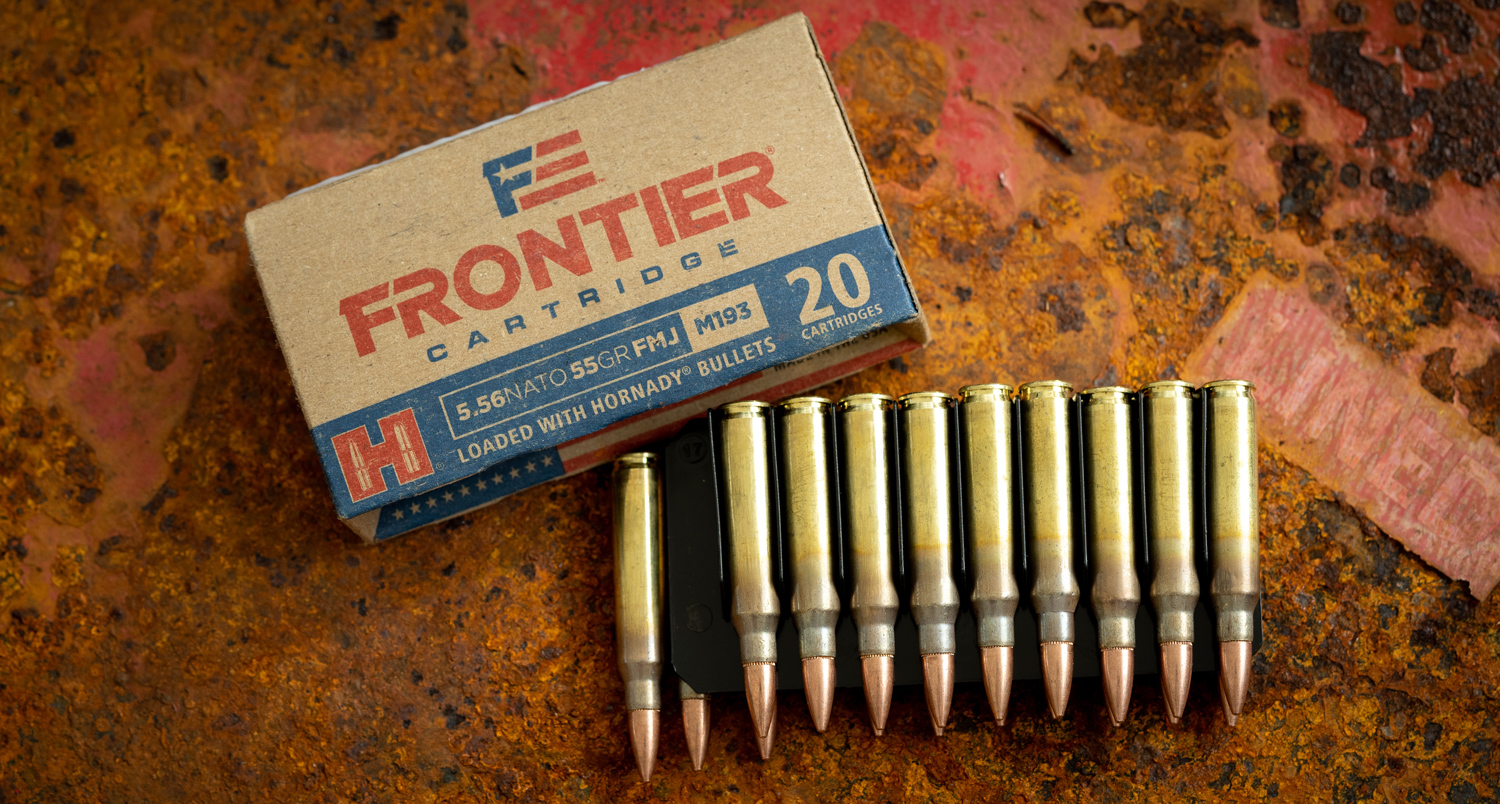 Developed in the early 1960s, M193 5.56 cartridges first saw combat in Vietnam, where they were used in the then relatively new M16 rifle. Formally adopted in 1964, M193 was the primary round used in military M16s until the 1980s. (This was when the M855 “green tip” cartridge was standardized according to a NATO agreement.)

The M193 cartridge (and its civilian equivalents) drive a boat tail projectile with a lead core and a full copper jacket. Weighing in at 55 grains, the FMJ bullet travels approximately 3,165 feet per second out of the muzzle. Like most military ammo, M193 5.56 cartridges are chemically sealed at the primer and case mouth for extra moisture resistance.

Vietnam era M16s had a relatively slow twist rate of 1:12. This proved effective for the short 55 grain bullets featured in M193 ammo. When used in rifles with a slower twist rate, like the early M16 (think 1:9 or slower), these loads are capable of pretty honorable accuracy. However, the projectile sheds velocity faster than a Golden Retriever sheds hair on the living room carpet. This can make accuracy problematic at longer ranges.

Although M193 is an FMJ round, it often fragments inside soft tissue, creating a considerable wound. However, when it fails to fragment, M193 FMJs produce only minimal wounds. Unfortunately, fragmentation is anything but consistent with these loads.

Plenty of Vietnam era military personnel complained about the M193, claiming it had no significant effects on the enemies it hit. M193 also performs poorly when it comes to barrier penetration. These rounds seem to have a hard time punching through window panes, heavy clothing, and sometimes even vegetation (which proved problematic in the jungles of Southeast Asia).

M855 is often called “green tip” ammo for its special color coding (the full metal jacket is painted green at the nose). These 5.56 cartridges push a 62 grain projectile designed with a boat tail, lead core, and a special steel “penetrator” tip. The specified muzzle velocity of M855 ammo is roughly 3,020 feet per second. The primer and case mouth are chemically sealed, just like M193 ammunition.

The bullet loaded in M855 differs significantly from M193 and other standard FMJs. These “penetrator” projectiles were specifically engineered to improve long-range performance in the Belgian Minimi and American M249 SAW. The design was also intended to improve penetration (especially the penetration of Russian helmets) over its predecessor, the M193. In that regard, it definitely delivers. M855 has served as the standard ball ammunition of the United States and other NATO countries since 1982.

Although M855 ammo is not armor piercing ammunition, the steel “penetrator” at the tip of the core helps it punch through barriers pretty effectively. It penetrates glass, thin metals, thick clothing, and brush rather well. However, don’t expect M855 rounds to plow through auto glass, brick, or modern body armor. That isn’t what it’s designed to do.

Because M855 ammo penetrates so well, it can wreak havoc on steel targets and protective backdrops. Some ranges restrict its use, so be sure to check the rules at your local gun club before you use it.

When it comes to performance on soft targets, M855 leaves a lot to be desired. The same characteristics that allow its “penetrator” projectile to punch through barriers, also make it more likely to pass straight through a soft target without causing any significant tissue damage. The M193 does a better job here, although its performance in soft tissue is anything but predictable.

That special steel “penetrator” makes the M855 projectile pretty long for its weight. It is even longer than some 69 grain FMJs. This extra length requires a faster twist rate for proper in-flight stabilization. For this reason, M855 performs well in barrels with a 1:7 or 1:8 twist. (Keep in mind I’m speaking broadly here. Calculating the optimal spin rate of a specific projectile is well beyond my mathematical capabilities.)

When it comes to accuracy, M855 ammo is definitely capable, but don’t expect match grade performance. It does have a slight edge over M193 at longer ranges thanks to its improved ballistic coefficient.

Like most things in the world of ammunition, that depends.

When trying to poke holes through intermediate hard barriers, M855 “green tip” is the way to go.

M193 is more effective on soft targets that aren’t hiding behind a barrier, especially targets closer than 100 yards.

However, if you’re looking for a personal protection round, neither is a fantastic choice. Civilians are not as restricted as the military when it comes to what type of projectiles we can use. While it will work in a pinch, an FMJ with or without a green penetrator tip is not the best choice for self-defense. When self-defense is the goal, choose ammunition with projectiles that open up on impact and won’t pass straight through your target.

Neither M855 nor M193 is going to provide solid gold performance. However, both of these cartridges are affordable, readily available, and consistent enough to make most shooters happy. If you simply consider them a general purpose load, you can understand why these 5.56 NATO cartridges are so popular among modern shooters.