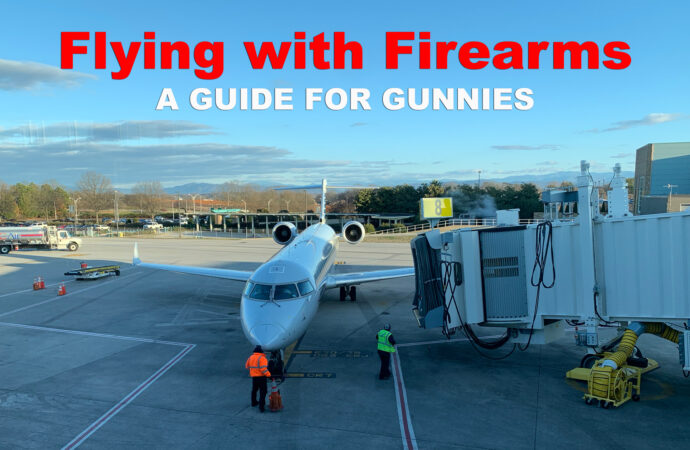 An easy to follow guide that details the rules of flying with firearms. Know what to expect before you show up at the airport.

There are many legitimate reasons to take your gun (or guns) with you on a cross-country flight. Perhaps you are going on a hunting trip; maybe you are heading somewhere to shoot a match; or maybe you simply want to bring your self-defense weapon along for your travels. Flying with firearms presents a few challenges but you can take off with your guns if you know the rules.

In short? Expect to check your firearm and declare it to the airline and TSA while keeping the gun in a hard sided case that locks. It is perfectly legal and acceptable to travel with your firearm, assuming you are following state and local laws.

You certainly can’t just walk into the airport with a sidearm on your hip, and you can’t just toss a firearm into a bag and proceed to your destination.

It takes a bit of planning, proper preparation, and the right accessories. Even then, you may experience delays from security personnel.

Follow this guide and you are more likely to have smooth, swift, legal travels to your destination.

Guidelines for Flying with Guns 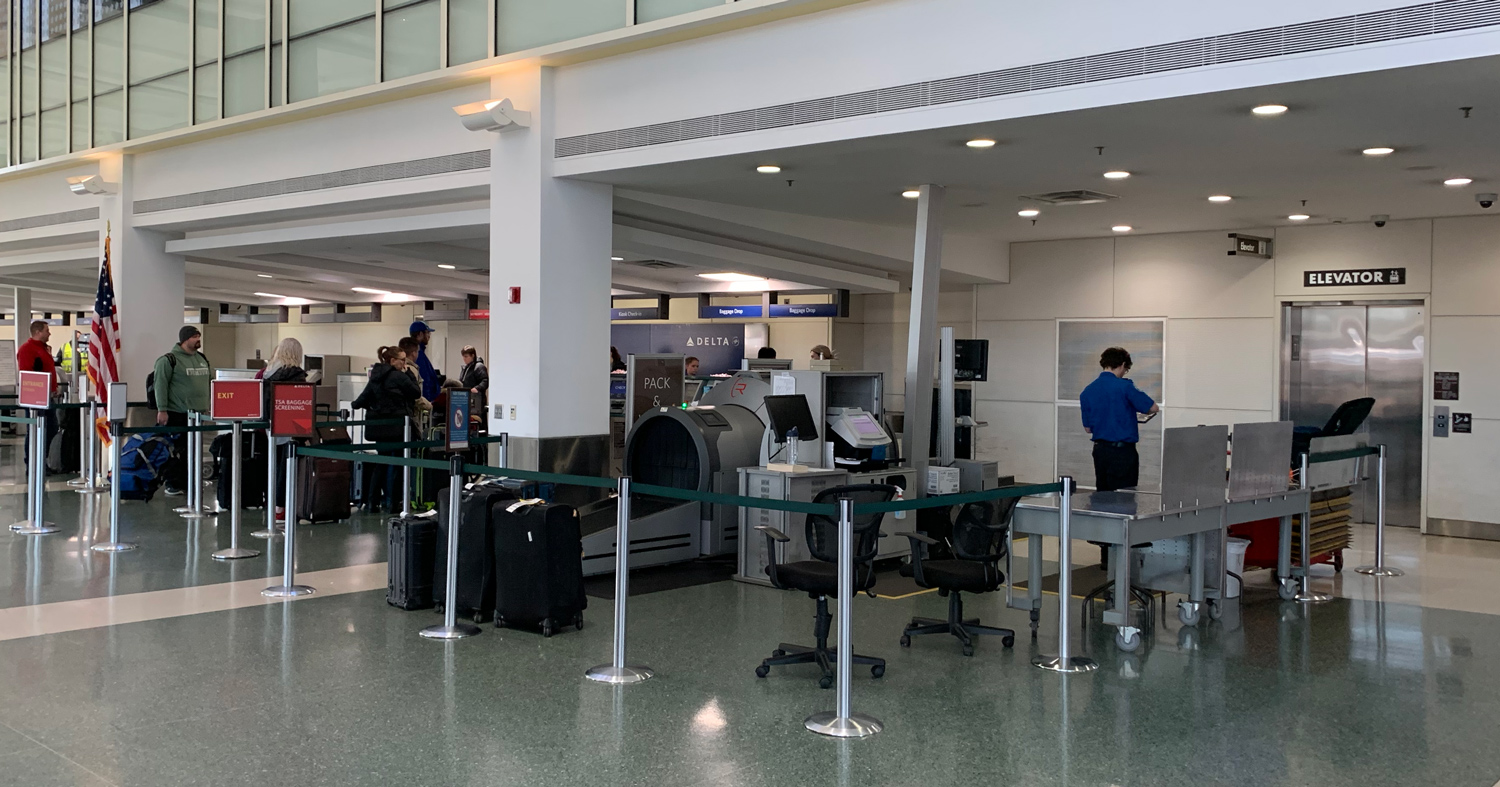 While the TSA sets the overarching regulations for traveling with a firearm, you should always consult the rules set by each airline, as they may vary.

We will go over some of the rules set by a few of the biggest airlines in the country in this guide. However, it’s always a good idea to consult their website and perhaps call their helplines to make sure everything goes smoothly. For example, you may find that your airline has a limit on the number of firearms you can carry in one case. 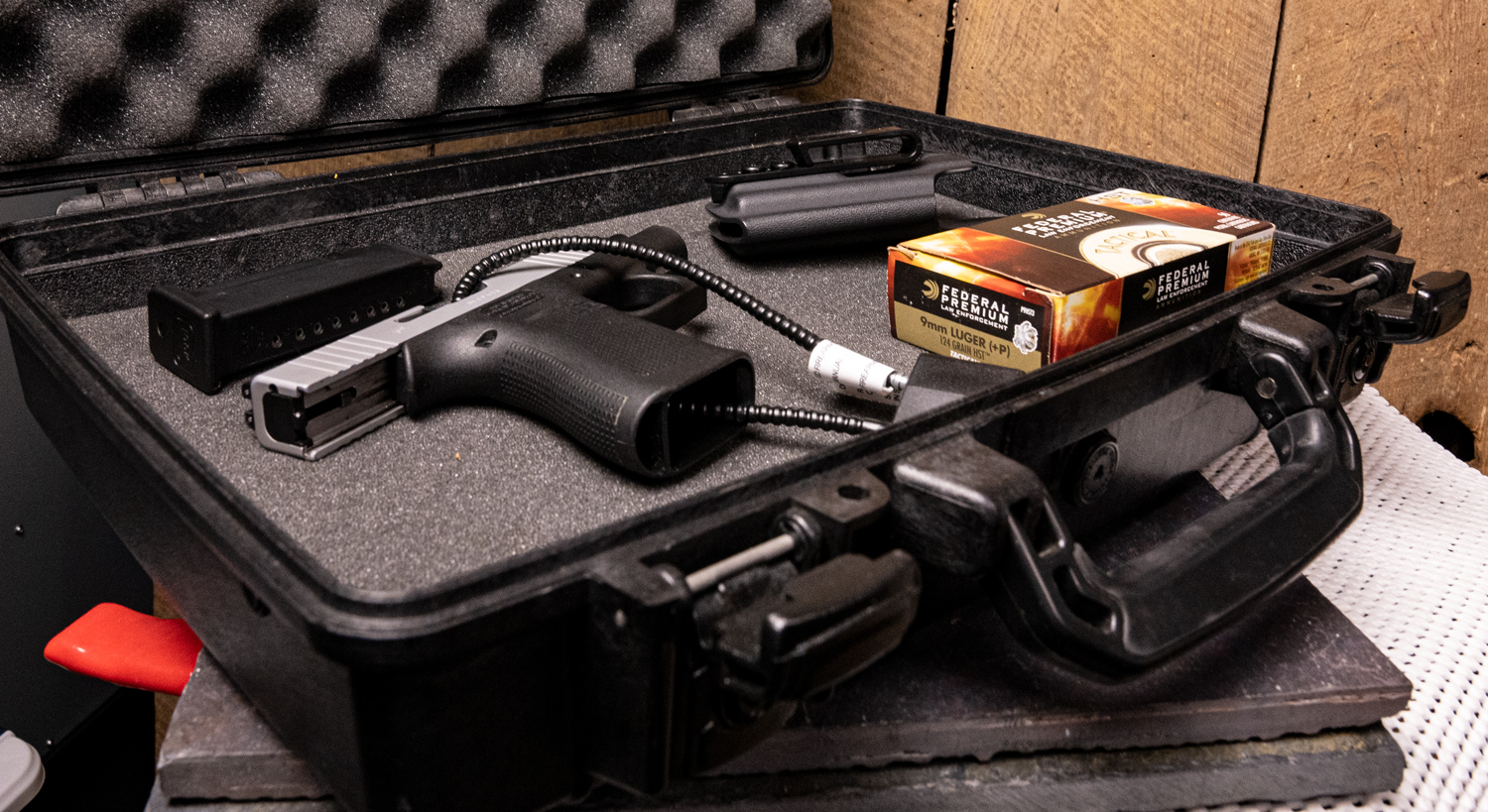 The TSA has a specific regulation that you must store all firearms in a locked hard-sided case. They deem any hard plastic or light-weight metal case acceptable; but they won’t allow soft cases.

We recommend you purchase a case that has soft padding on the inside. This padding will help keep the firearm secure and protect it from damage.

You must completely unload the firearm before they’ll load it onto the plane. This means you must remove the magazine (whether or not the magazine is loaded is not an issue at this point) and store it in the case next to the weapon. Even if the magazine is unloaded, it cannot be in the firearm.

Ensure No Cartridge is Chambered

If you are traveling with a pistol, you will need to check the chamber. Ensure that no cartridge is sitting inside. This is an important step that traveling firearms owners often often forgot. It can lead to significant delays and possibly cause you to miss your flight.

You Must Lock the Box

Another important requirement is that you must store the gun in a locked box. You should keep the key on you at all times while you are flying. The TSA or another authority may request that you open the box so they can inspect what’s inside.  (So don’t store the key in a check-in bag or give it to someone else for “safe keeping.”)

More Than One Firearm is Acceptable

According to the TSA’s regulations (although individual airlines may differ), it’s possible to travel with multiple firearms in one case. Regular rules apply (they must all be unloaded with magazine out) but as long as they fit and the box can be closed and locked, it’s okay to transport multiple weapons in one case.

Ammo Can be Packed into the Same Case 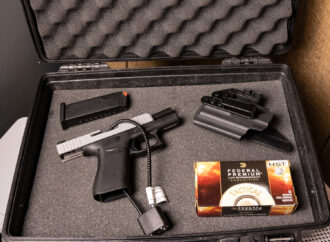 There is some misunderstanding about how to transport ammunition, and many people believe you need to store the ammo in a separate case. This is not true, at least not by TSA’s guidelines. You can in fact store ammunition in the same case, but it needs to be in a box or proper container. The ammunition, while in the case, cannot be loose.

When you “declare” an item, you are basically telling the TSA employees or the airline that you have a firearm in a case. You will do this when you present luggage for transportation, and if you fail to do so (such as accidentally bringing the secured firearm to a security checkpoint) you could be subject to significant legal penalties.

Do Not Place in Checked Bag

When you have your gun case properly packed and locked, you may want to conveniently pack it into your larger luggage bag. Do not. The gun case will need to stay separate from the rest of your luggage so it can be inspected if needed.

Ammunition Not Allowed as Carry On

You might assume that because ammunition is (basically) harmless without the firearm, you can transport it in your carry-on bag. This is not the case, as the TSA treats ammunition very much the same way as the firearm itself. It is also considered hazardous material in some cases.

General Tips for Flying with Your Firearm

These are not rules or regulations, but simple tips that will make your air travel easier, smoother, and (hopefully) faster…

Weigh the Firearms Package Before Leaving for the Airport 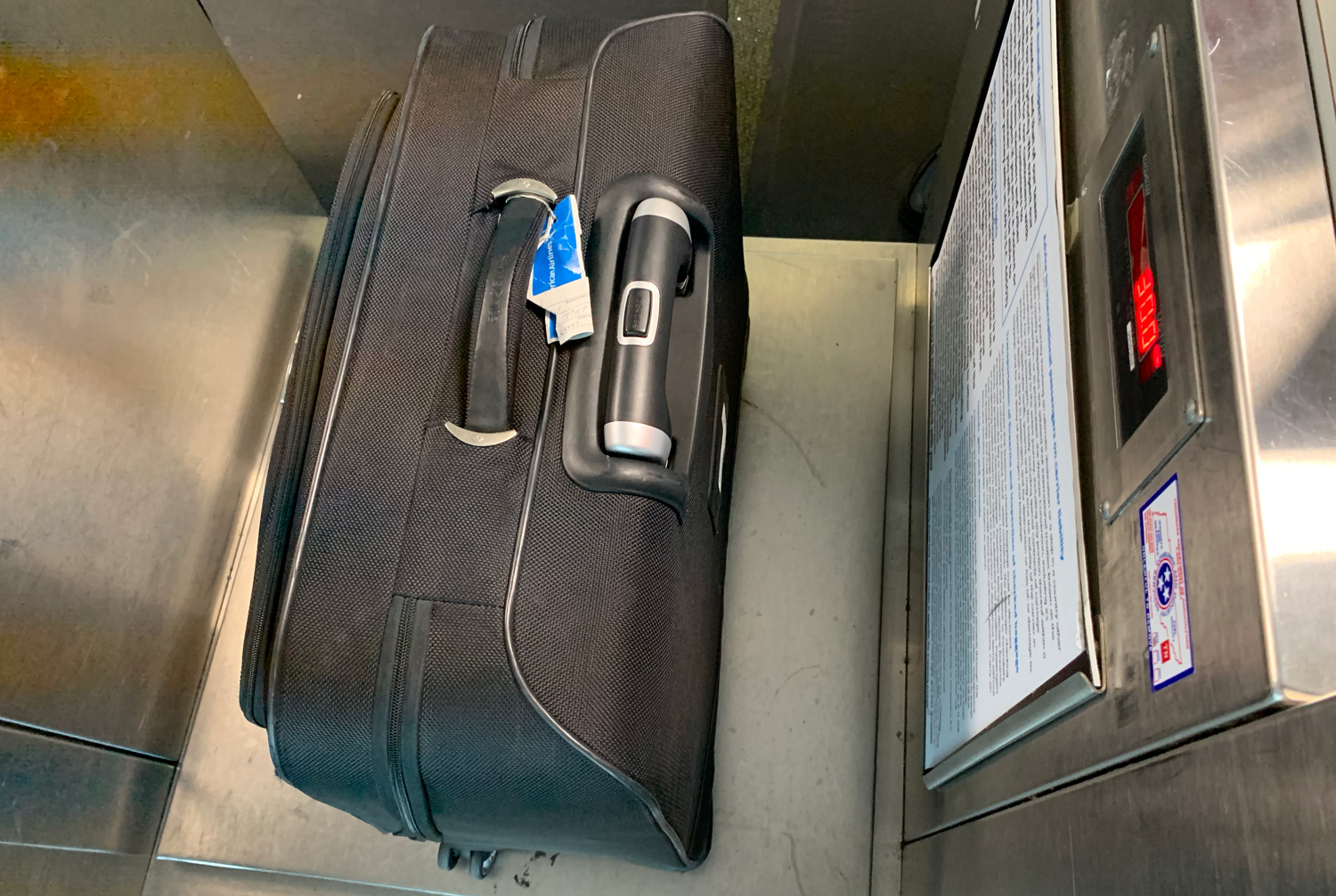 If your package weighs too much, you may have to pay an additional fee for transportation. Therefore, it’s best to put your entire package together, including everything that will be flown across the country. Store the gun and ammo exactly as you will when flying, and lock the box. Weigh the box. Then, check the rules from your airline to see if you will need to pay an additional fee.

Consider Placing Optics and Other Sensitive Accessories in Carry-On Bag

You can transport your scope in a carry-on bag, as long as it’s not attached to a firearm! You never know what kind of abuse your bags and cases will take. While most firearms can withstand the drops and thumps (especially when stored in a padded case), your scope is far more sensitive. To reduce the chances of damage. Take the scope off your weapon, wrap it in padding or protection of some kind, and keep in your carry-on bag.

This is really just a matter of making the job of a TSA agent easier; if their job is easier, your process will be far more convenient. Leave the chamber open so TSA agents can easily see that the firearm is not loaded.

The entire process will be far less stressful if you arrive early.

Policies for Guns on Major Airlines

Most of the rules from American Airlines are fairly standard, but one that stands out are their rules for rifle cases. Their regulations page states you must lock rifle cases on each end.

American Airline’s rules don’t explicitly say, but assume this also applies to shotguns. So if transporting a long gun, you’ll need two padlocks or a case that locks on each end.

Delta has a few specific rules that apply to their firearms. You can find them in the “Sports Equipment” section of their “Special Items” page. One of the rules that stands out is that you can only have up to “four rifles, shotguns, shooting materials, (or) tools” in a single case. This could create complications if traveling to a multi-gun competition or a hunting excursion that will pursue a variety of game.

The same basic rules apply to Southwest Airlines, and their regulations do not appear to have any special exceptions. One notable rule is that they treat paintball guns and BB guns as all other firearms. (The TSA does not, although it has special regulations for these.)

Allegiant’s rules also stick to the same basic regulations, but they do state that there is “no limit to the number of firearms or corresponding accessories a passenger can carry in the locked hard-sided container.” So if you need to transport multiple firearms, Allegiant may be a good choice. (There are weight restrictions.)

Alaska Airlines’ rules also indicate no limits on the amount of firearms you can transport in a single case, as long as the weapons fit properly. They also state that “multiple locks may be required on some cases to ensure the case cannot be opened.”

This airline also describes their policy in a “Sports Equipment” section. They state that the limit for firearms in a case is five, but there is no limit to the number of cases that you can transport.

Now that you understand that basics of air travel with firearms, you can enjoy every corner of the country and bring along your favorite firearm for competition, hunting, or personal protection. Flying with firearms is definitely a hassle but it doesn’t need to be a deal breaker if you know what to expect. Safe travels!

Should I Buy A Gun?

How to Store A Gun For Home Defense