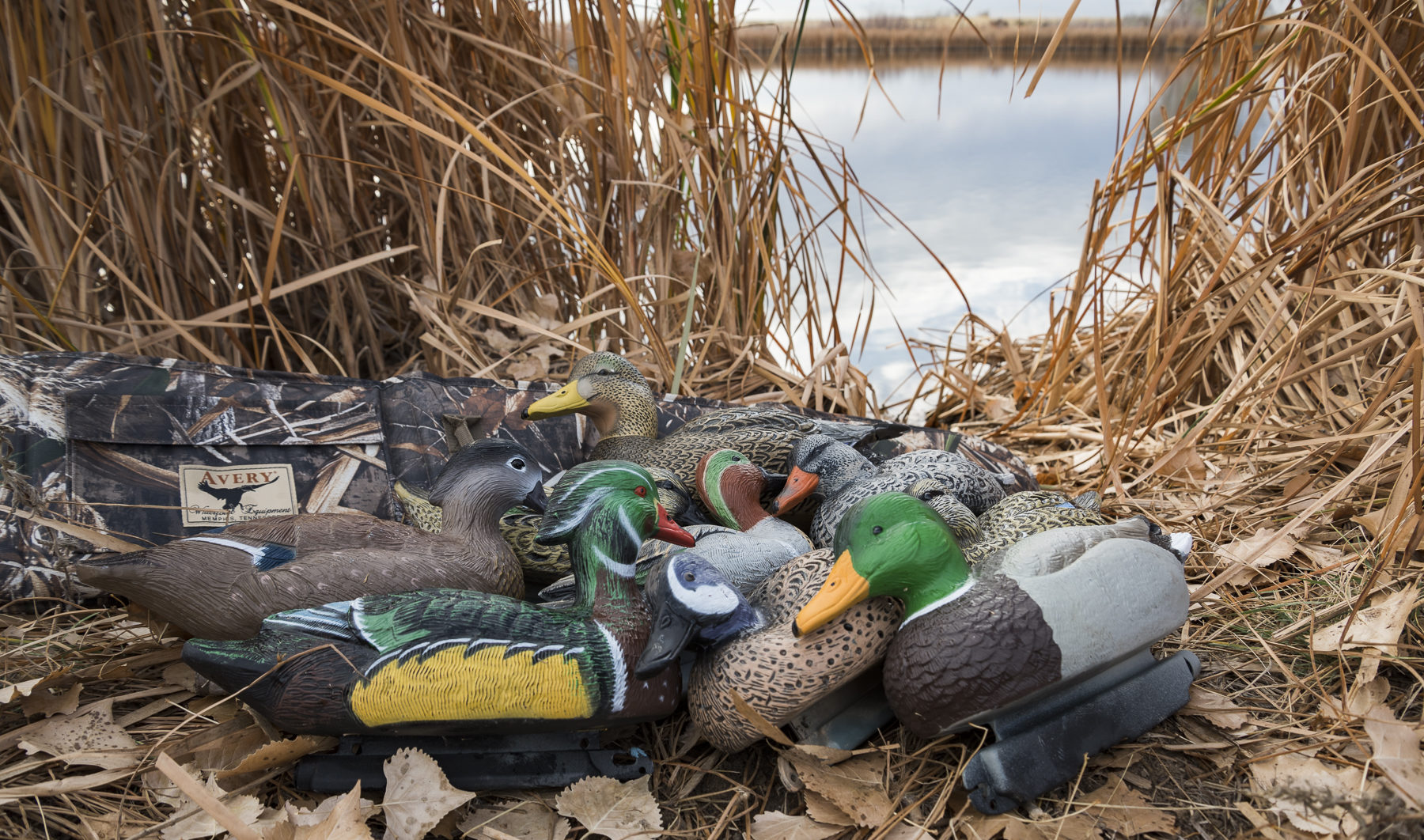 Decoy placement can be a game-changer during your next hunt. Putting your “bait” in the right spot can deliver a lot of opportunities if you follow some tried-and-true approaches like the tactics we lay out below.

Duck decoys are a must for duck hunting, though the amount of decoys you actually need has evolved into a very personal decision for most hunters and in some cases, the volume of decoys even trumps conversation about where and how to set up your decoys.

Sometime over the years, our modern need for more gear and accessories has played into a duck hunter’s desire to use more decoys. Sure, more decoys generally bring in more ducks to your landing zone. However, your “spread”, or the way in which you lay out your decoys, can be drastically more important than how many you use.

It’s Not the Number, It’s How You Use Them 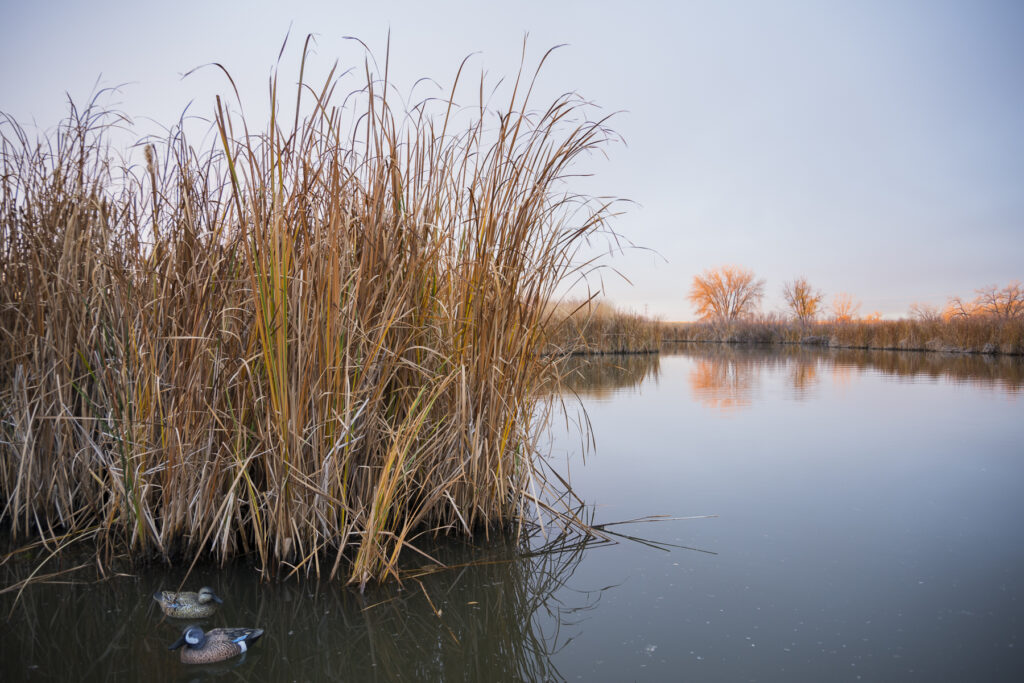 Learning and using good spread techniques can lighten your load on hunting trips and make them less work. It can teach you to better assess the habitat you’re hunting, your landing zone and blind placement, and make you’re a better duck hunter overall.

There are four basic duck hunting wetland habitats in North America: open water, marsh pond, flooded timber, and stream
spreads. Each one calls for specific decoy spread techniques. By knowing these correct spreads, you can cut back on the amount of decoys you use and spend more time enjoying what you set out to do, and that is hunt.

There are specific decoy spreads that work better for each habitat and for the ducks that live there. Obviously, the type of decoys you use should correspond to the different North American ducks that fly in the habitat in which you are hunting. The various nesting, feeding, swimming, and flying habits of ducks also make a difference on how and where each type of duck decoy is placed.

Mallard duck males, also known known as drakes, are very distinguishable. They have bright green heads and rings around their necks. They can be found in almost every wetland habitat year round, and are mainly foragers. Mallards will swim in open water and along the shore looking for food like worms and other insects. Mallards generally swim in male / female pairs and are strong flyers.

Wood Ducks are another popular hunted duck in North America. Adult drakes have a unique glossy green crested head, thin neck and a long tail. They generally nest in trees and have no problems flying through dense forest. They mostly congregate in small groups, less than 20, and don’t mingle with other waterfowl. Wood Ducks live mainly in wooded swamps, streams and rivers as well as marshes, ponds and small lakes.

Teal are another very commonly hunted North American duck. Green-winged Teal are small, fly very fast (with twisting patterns) and flock in large numbers. The drake has a green swoop from the eye to the back of the neck. The females, known as hens, are brown with a yellowish streak along the tail. Both sexes have green patches on their sides near the tail. These ducks are dabblers and will feed on vegetation in shallow bodies of water, like flooded fields and marshes. They usually prefer habitats with brush and trees.

Blue-winged Teal are much smaller than mallards and only a little bigger than a Green-winged Teal. The drakes have brown bodies with a large white crescent on the side of their face behind the bill. Females have a brown body and head. Both sexes have a small blue patch on their sides near their tail. They also fly fast, but flock and nest in smaller groups than Green-winged Teal. They tend to mainly dabble for vegetation from the surface during hunting months. Blue-winged Teal prefer shallow ponds, flooded prairies, and large marshes. They are also found in open brackish water habitats (mixed saltwater and freshwater), such as bays, rather than saltwater.

There are various types of decoys you can use to persuade ducks to land. Generally, brighter colored and more detailed decoys work best, as ducks can see them from further away. Keels are good to have on your decoys as they help stand them upright in shallow or rough water. Attach a weighted dark colored cord or wire to the bottom of the decoy to help anchor it it in the water. To have more control and easily retrieve your decoys, attach a longer cord or wire from one decoy to the next and stretch it to your blind. This cord can also be used to jerk or move the decoys to give them more lifelike movements.

In order to make the decoys appear more realistic, pair or group the decoys on the cords based on the type of duck they are and their paddling habits. Remember some ducks don’t congregate together, so if you do put these two different types of decoys together, you may actually confuse and/or scare off flying ducks from your landing zone. Place the decoys where they, had they been real ducks, would have the most potential for feeding, resting, and paddling. This will also help them to seem more realistic. 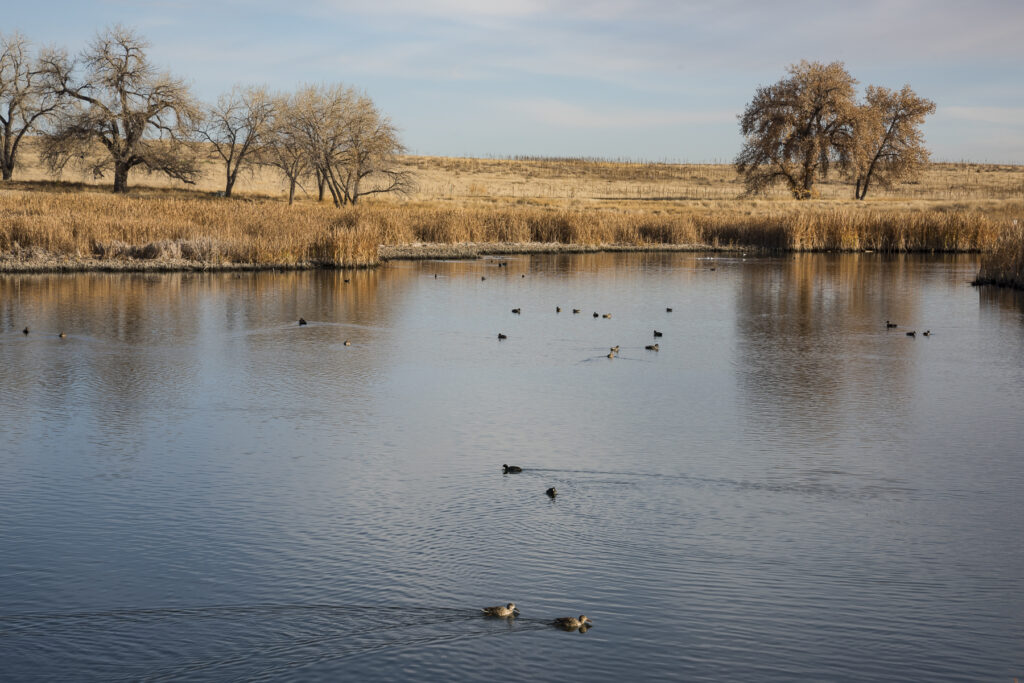 There are also different decoy placement techniques for each type of wetland habitat you are hunting. Knowing how the current works in a stream or open water habitat, which way the wind is blowing, the type of food that may be in the water or along the banks, the depth of the water, etc. are all important factors in how you place your decoys.

These are usually the most popular for Wood Ducks, and Green-winged Teal, sometimes also for Mallards. In this type of habitat, especially one tightly enclosed by trees, you want to make sure that you and your blind have the wind at your back and a good opening in the trees in front of you. Ducks will land flying into the wind, so having your back to it will allow for the ducks to fly into the landing zone straight in front of you and not surprise you from the side or your back.

Place your Mallard decoys in pairs and in a line going away from one side of your blind as if they are feeding, also making it easier to throw or place while walking along the bank and or wading. Then, place your Wood Ducks on the opposite side of your blind along the bank in the same manner as the Mallards. Lastly, place your Green-winged Teal decoys closer in front of your blind in a larger group, so that the fast flying ducks will land closer in your shooting range. When you are done placing your decoys, you will have a c-pattern spread with the landing zone in the middle and right out in front of your blind. 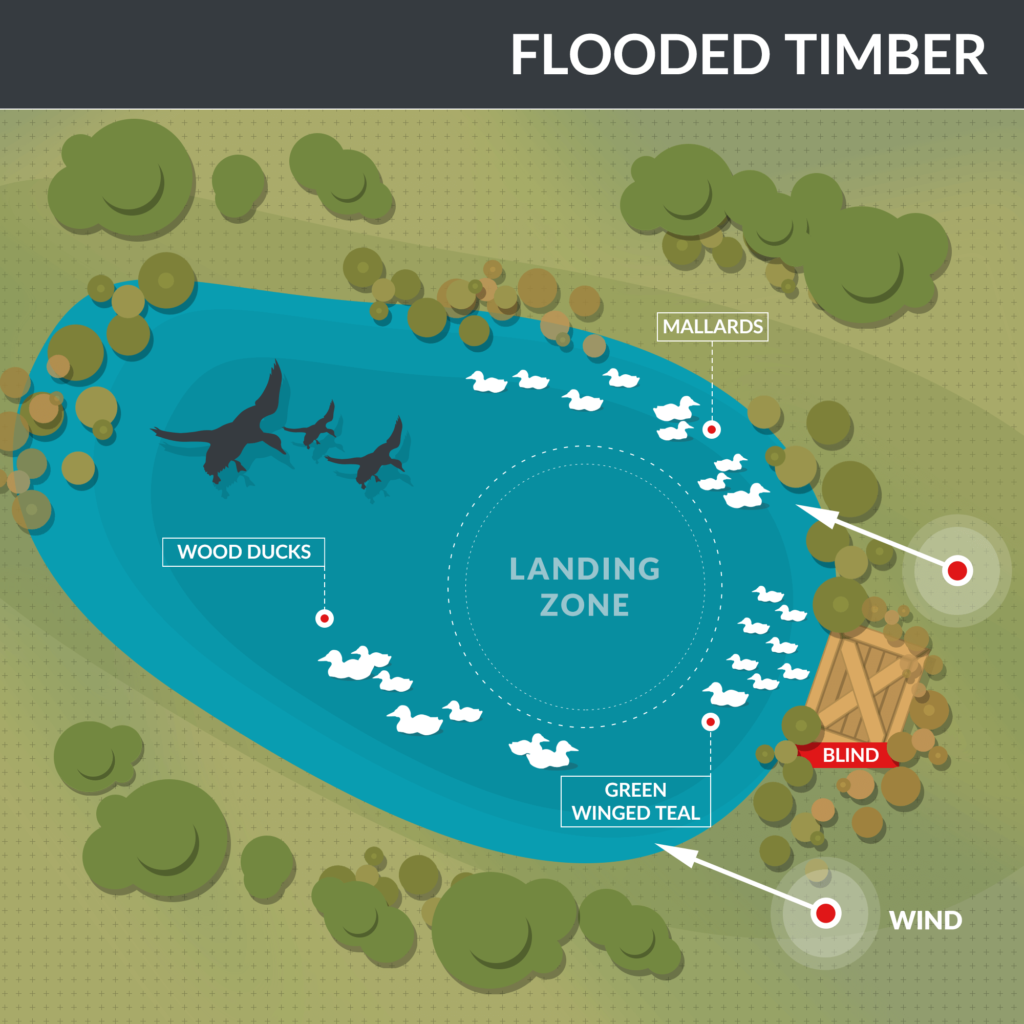 Decoy Placement Near a Marsh Pond

Treeless pond habitats generally attract Mallards and Blue-winged Teal. Again, you almost always want to have the wind at your back. Having the wind coming from the side can be beneficial. It can help bring the ducks across your field of view and from 3 directions besides your own.

Place your teal decoys closer to your blind, to help shorten your shooting range and to help make the area around your blind seem like a safe place. Next, place your Mallards in a kind of spread out circle. Make sure you leave a big enough landing zone in the middle, in order to deter ducks from landing on the outside of the circle and further away from your blind. Marsh ponds can be shallow or deep, so make sure you adjust your anchor lines accordingly. 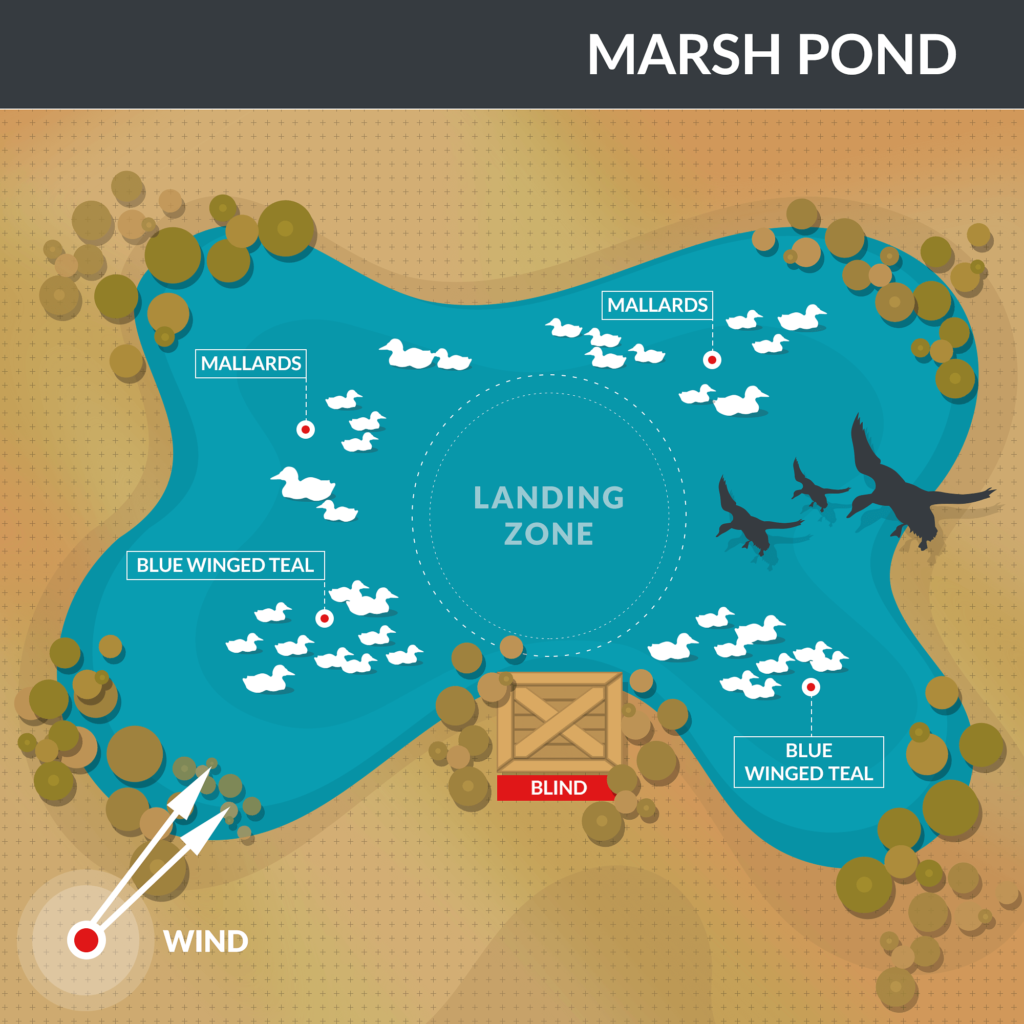 Where to Put Decoys When Hunting Open Water

Open water areas, like brackish bays and large lakes can be tricky. There is usually a lot of open water to work with. Two of the most common ducks in this habitat are Mallards and Blue Winged-teal, depending on where you are hunting. Winds and currents here can be strong and tides can rise, so make sure you have plenty of anchor line out and tied to your decoys. If not, you may not be able to retrieve them.

Open water Galveston Bay was a habitat that I grew up hunting in along the East Texas Gulf Coast. The “j-hook” or “fishhook” spread worked efficiently there, as it helps create a runway and landing zone for ducks. This runway entices ducks to funnel deeper into your pattern and closer to your blind, as opposed to landing out of shooting range.

This spread also allows the hunter to place decoys more easily into two long lines extending from the blind, allowing for easy retrieval as well. You will most likely need a boat in this deeper water scenario, in order to get your decoys far enough out where they need to be placed. Remember to keep your Teal decoys closer to the blind in order to draw those ducks closer to your shooting range. 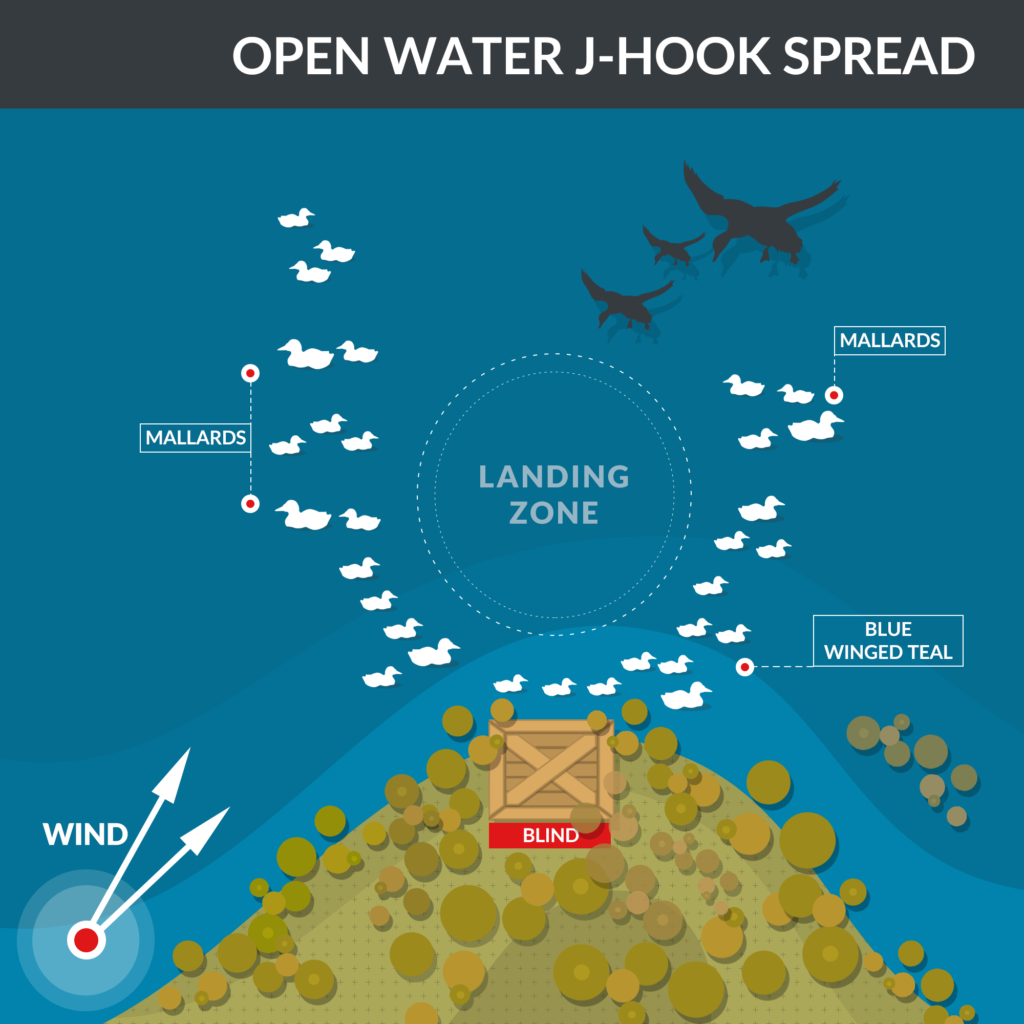 Placing Decoys Near a River or Stream

If you’re a river or stream hunter, you will most likely see Mallards,  Green Winged-teal and Wood Ducks, depending on the amount of trees and brush in the area. Stream habitats require various types of spread techniques. With a stream, the current comes from one direction and it affects the ducks’ feeding and paddling behavior.

If ducks want to feed or just paddle, they are most likely not going to do this in the current. Instead, they will tuck themselves behind features that block the current such as islands, and “eddies”, where the current stalls and circles back upstream. These slow or zero current areas are where you will want to concentrate your decoys. Then, set up your blind accordingly, with the wind at your back, and preferably downstream or to the side of your decoy spreads’ landing zone. 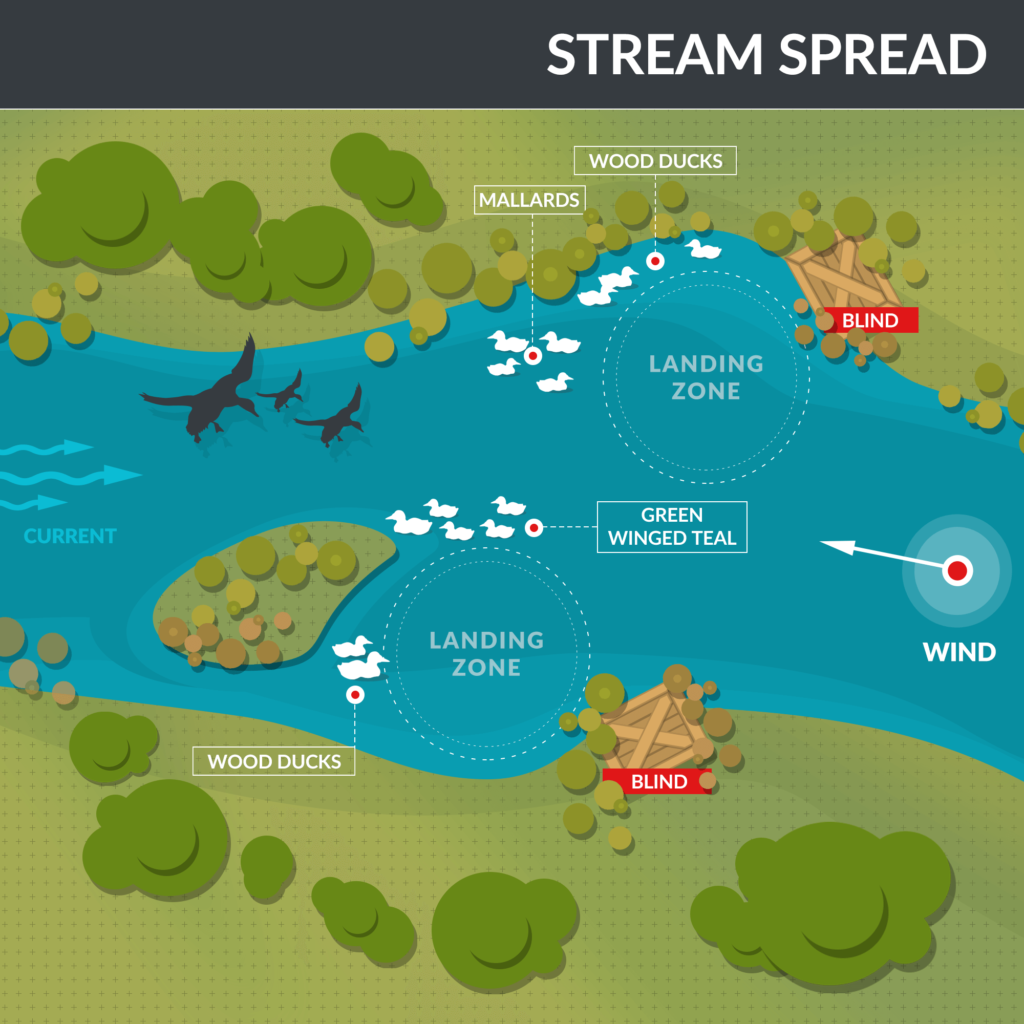 Duck decoy spreads don’t have to incorporate hundreds or thousands of decoys in order to bring in the ducks. Ducks will react to a well thought out and placed decoy spread just as much as they will a giant decoy spread. A duck hunter should not have to purchase or haul around hundreds of decoys to shoot their limit.  They should instead know how to use the right decoy spread techniques. 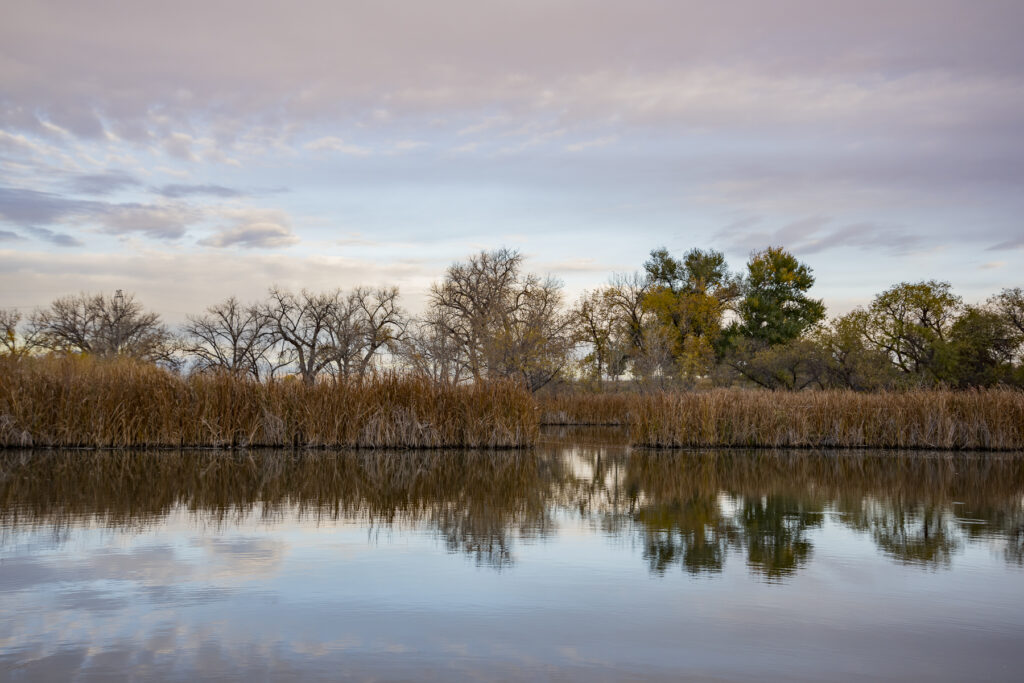 Homemade Duck Calls – A How To Guide

Why and How to Use Shotgun Chokes