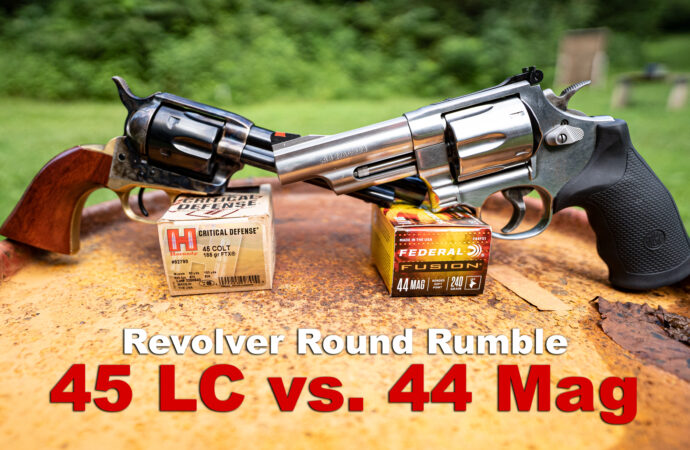 A side by side comparison of two calibers firmly rooted in the American West - the 45 Long Colt vs. 44 Remington Magnum.

If you like the power, performance, and just plain enjoyment of large revolvers, two of your finest ammo options are the .45 Long Colt and the .44 Remington Magnum. While both of these calibers have a history in the American West, is one better for your needs today? Let’s dig in with a 45 Long Colt vs 44 Mag comparison.

The golden age of an untamed American West, with cattle drives and gold rushes and homesteads sprouting across the landscape, as faded into the past. But you can still shoot like the men (and women!) who settled the West. The .45 Long Colt, or “.45 Colt” as it’s often called (there is some controversy over which is proper), was released in 1872 and is often credited as the most important cartridge in post-Civil War frontier America. Powerful, affordable, and useful in both revolvers and lever-action rifles, this cartridge became an important tool for hunters, trappers, cowboys, prospectors, farmers, and soldiers, and was also an effective weapon for Native American warriors.

Today, the cartridge is a popular option for nostalgic handgun owners, especially those with a fondness for the American West. But it’s not just a showpiece; it’s also a useful tool for hunting and self-defense, delivering the same performance that made it so popular in the late 19th century.

About the .44 Remington Magnum 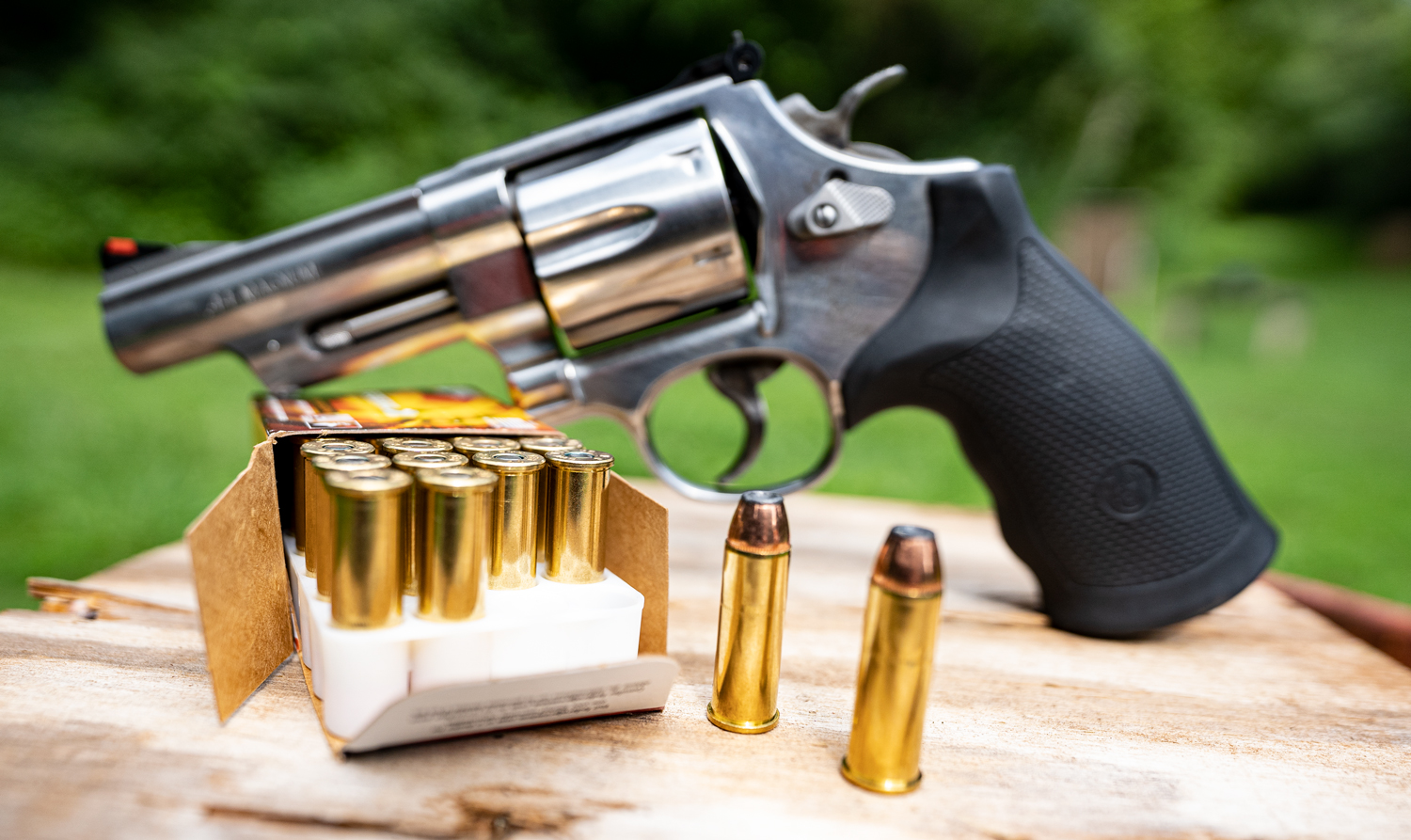 In the 1971 movie Dirty Harry, Clint Eastwood’s character refers to his .44 Magnum ammo firing S&W Model 29 as “the most powerful handgun in the world.” This may have been true at the time (for market-available cartridges), it’s not entirely true these days. However, it’s not far from the truth.

The .44 Remington Magnum was released in the 1950’s and was based on the .44 S&W Special. The goal was to create a high-pressure cartridge, as well as a handgun that could handle the pressure. The cartridge became popular across the country, and has found uses at the target range and hunting fields. It’s also effective for personal defense, although the requires handgun size generally makes it impractical for conceal-carry.

Most gun owners are concerned, on at least some level, with pricing. While neither of these cartridges is considered a low-cost round, they can usually be found at a relatively affordable price, depending on where and how you purchase.

There will be differences in pricing, but if you look at the overall picture you won’t find that one is significantly higher-priced than the other. These cartridges tend to range from about $0.50 per shot to as much as $2.00 for premium products. It’s safe to say that most gun owners will not select one or the other because of pricing.

Now we are getting to a category where there is a clear distinction. The .44 Remington Magnum is, in almost all comparable situations, a faster cartridge.

Federal Premium, as an example, makes American Eagle JSP rounds for each cartridge. The 225-grain .45 Colt has a muzzle velocity of 860 feet-per-second (fps). After 50 yards, it is traveling at 828 fps. These are decent numbers, but a 240-grain .44 Magnum round from the same product line flies out of the barrel at 1,230 fps; after 50 yards it is still traveling 1,117 fps.

Cartridges intended for lever-action rifles play out this trend. Hornady’s LEVERevolution line has both cartridges: the 225-grain .45 Colt has a muzzle velocity of 960 fps; the .44 Mag is listed at 1,410 fps.

We could go on, but the point is clear: the .44 Remington Magnum is clearly the faster cartridge.

If the bullet size is the same (which is generally the case with these cartridges) but one has a higher velocity, the faster cartridge will inevitably have more energy. 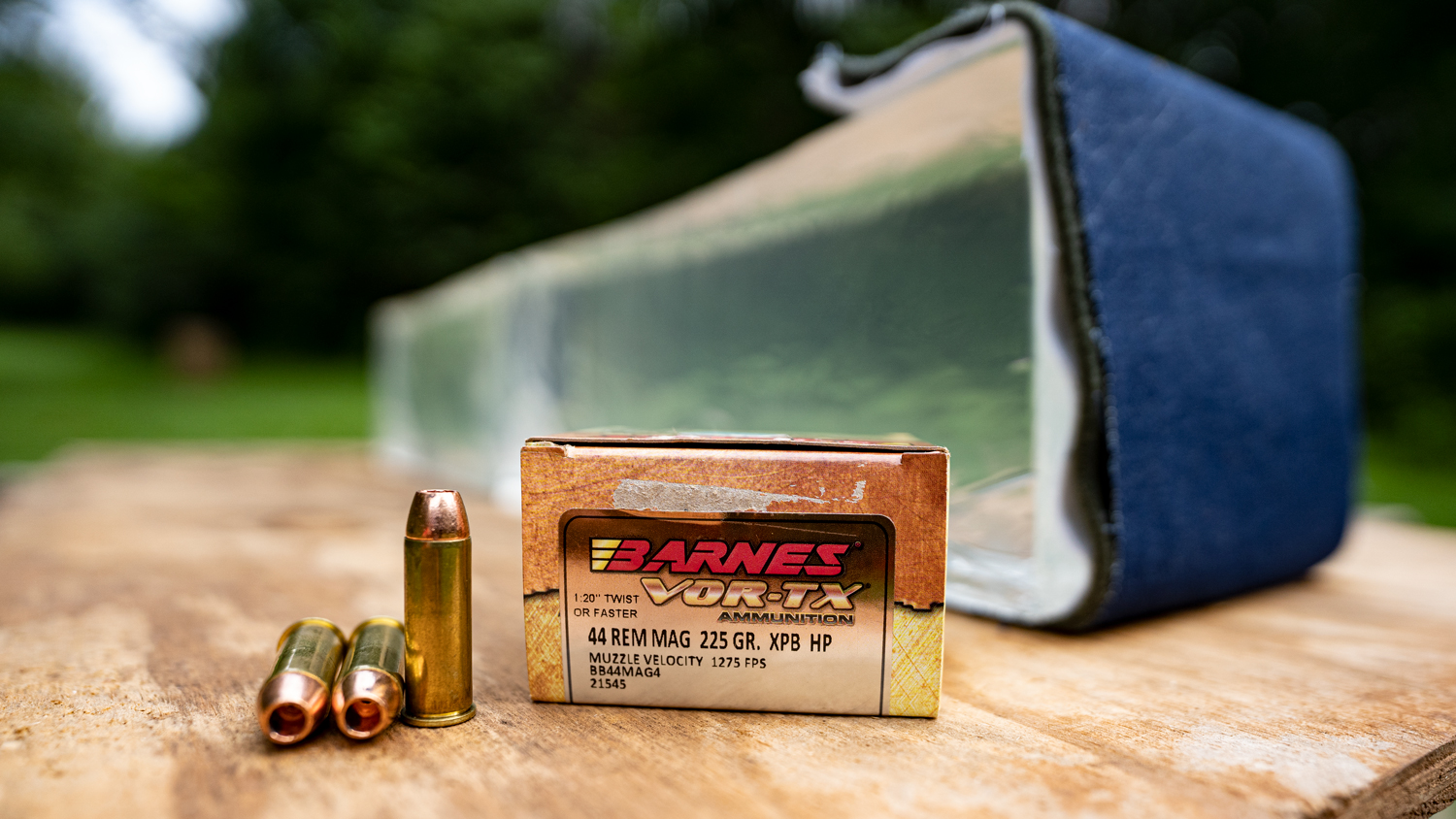 So, what’s a better choice if you’re looking at the 45 long colt vs 44 magnum for a self-defense firearm? We did some testing to give you an idea of what to expect from each of them.

Using Clear Ballistics synthetic gelatin, we set-up a hollow point ammunition test. This protocol is similar to what is used by the Federal Bureau of Investigation to evaluate self-defense ammo. We also used a 4-layer denim/cloth barrier. This means the ammo would have to pass through that barrier prior to entering the ballistic gelatin.

We fired each caliber from 10 yards away and then recorded the results.

The FBI’s testing protocol suggests an optimal penetration into gelatin is anywhere between 12″ and 18″. In our tests, the 45 Long Colt over-penetrated, going approximately 24″ into our ballistic gelatin. The 44 Magnum made it through one complete 16″ gel block and stopped just as it pierced the second block.

As for expansion, the 44 Magnum from Barnes did exceptionally well. When we recovered it from the gel and measured, we saw just over .8″ of expansion. The 185 grain 45 Colt ammo, from Hornady Critical Defense lost a bit of its mushroom with a recovered diameter of .6″. Of course, these are just two loads of dozens available in each caliber. Both 44 Rem Mag and 45 LC are viable self-defense rounds but in our testing, the performance of 44 Magnum gets the nod. 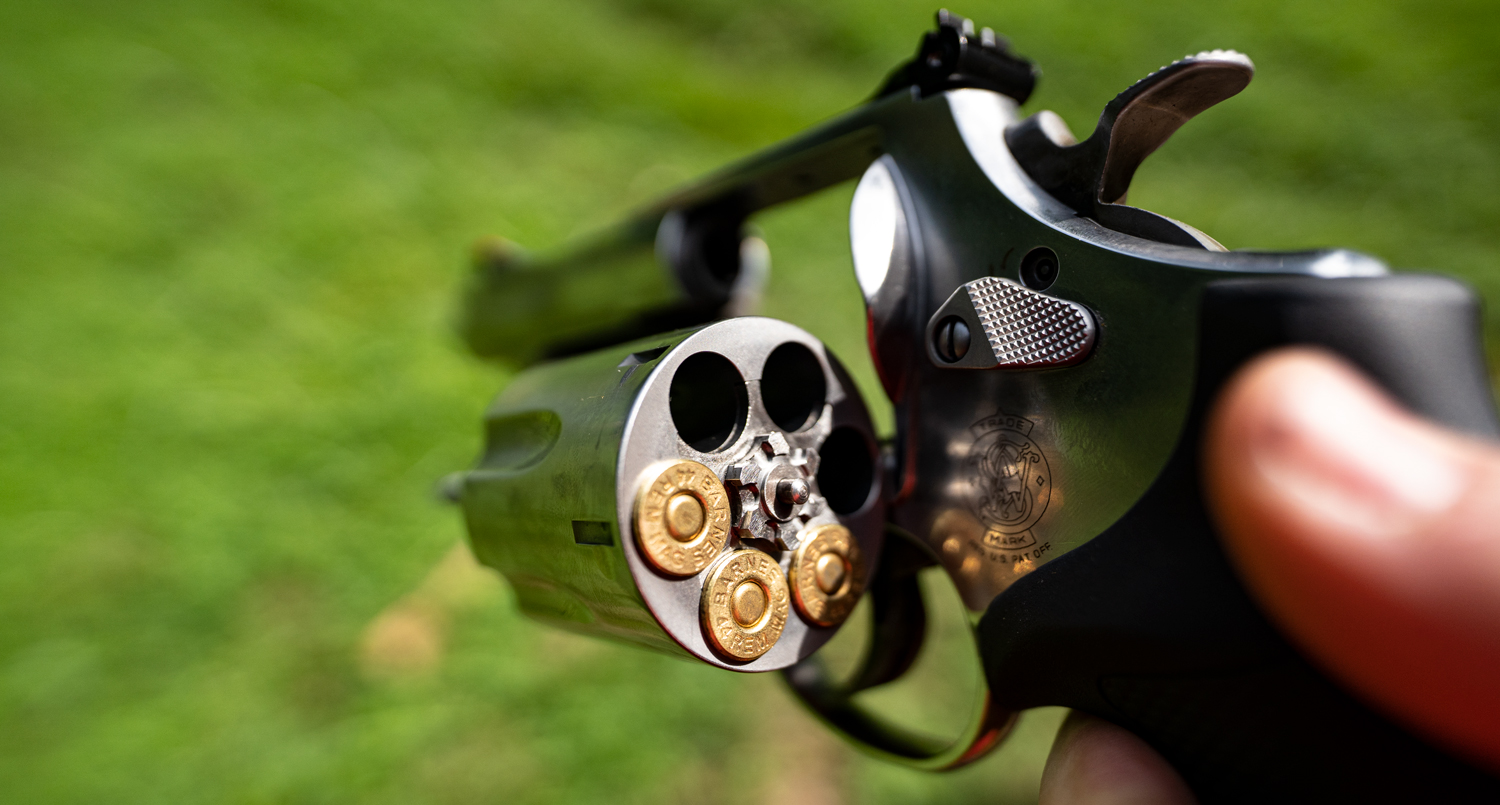 If you are using either cartridge for self defense or home protection, you are likely concerned with the total load capacity of the round. Even recreational shooters tend to favor cartridges that can be loaded at higher capacities.

Both of these cartridges are commonly found in six-shot revolvers, but for the .45 Colt, that’s basically where the story ends. The .44 Magnum, however, is available in a few different semi-automatic weapons, most notably the Desert Eagle pistol. These pistols allow .44 Mag users to carry about nine (8+1) cartridges at a time.

So which one is the right option in this 45 long colt vs 44 magnum debate? For starters, if you plan on using the firearm for hunting, the .44 Remington Magnum delivers more power and greater speed, which, in most situations, will make it more usable for a variety of game animals. However, the increased power results in more recoil, so shooters sensitive to “kick” may want the .45 Colt.

For personal protection or home defense, most would recommend the .44 Remington Magnum. But quite honestly, an assailant or intruder with bad intentions will be seriously wounded when hit by a well-placed bullet from a .45 Colt.