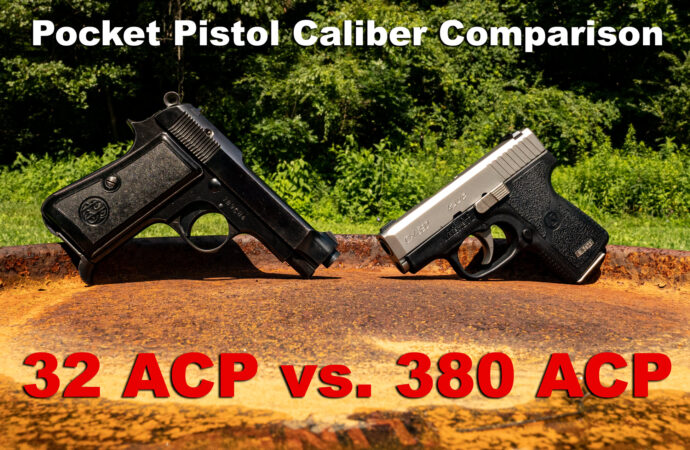 A side-by-side comparison of 32 ACP vs. 380 ACP. Which of these two pocket-pistol calibers offers the most when it comes to self-defense?

Finding the right conceal-carry cartridge can be complicated; even confusing. You need something that is loaded into a small, compact handgun that is comfortable to wear and easy to access. But you also need a cartridge that delivers enough power for effective results. It’s often a simple give-and-take between manageable size and effective power.

The .32 ACP and .380 ACP are two cartridges that make effective options for personal protection. While both are over a century old, they still provide reliable protection from a concealable handgun. 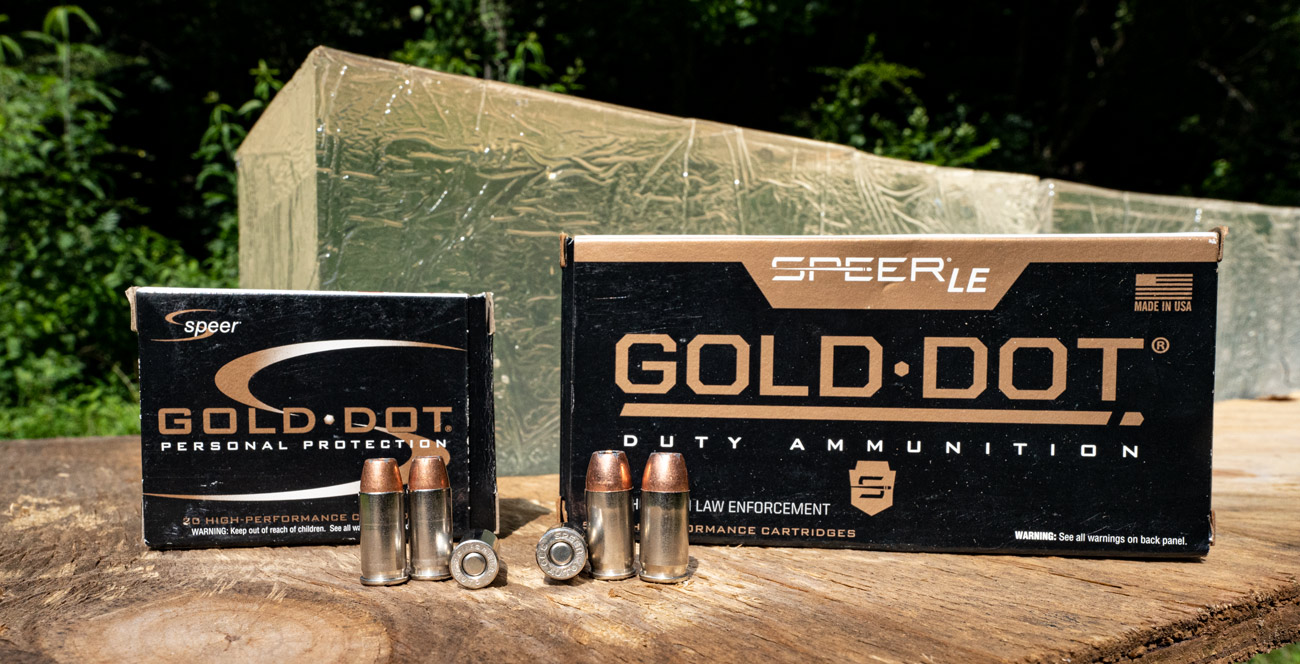 Physically, these cartridges are fairly similar in size. From front to back, they are both exactly 0.984 inches in length, and both have a case length of .68 inches. But when you consider their width, you find obvious differences. Obviously the bullet diameter is lager in the .380 than the .32, but the case and rim diameter is also larger on the .380 ACP.

This broader width allows the .380 ACP to do two things. First, it can pack more propellant into the casing. Second, it can seat heavier bullets.

Neither of these cartridges will be mistaken for a large, extremely powerful, heavy handgun round. However, the .380 ACP can pack bullets that are, in many cases, 50% heavier than the .32’s.

While heavier bullets are not always better, these larger projectiles will create obvious differences when we look at how the .32 APC and .380 ACP perform at the range.

If you are using either of these cartridges for personal protection, you need to understand how it will perform from the chamber to the target. You should also understand the cartridge’s potential for recoil, as this will impact your comfort level, follow-up shots, and your desire to practice with the weapon.

Velocity impacts all other factors, including energy, trajectory, and mushrooming. Generally speaking, the higher the velocity, the better. (For compact cartridges like these, it’s hard to have too much velocity.)

From the stats above, we can see that the .380 ACP outperforms the .32 when it comes to velocity. It’s not an overwhelming victory, but it tends to have faster speeds both at the muzzle and at 50 yards. The best the .32 ACP did was to tie the .380. (See the Hornady FTX rounds.)

This doesn’t mean the .380 ACP is a fast-flying cartridge. Many other handgun cartridges made for conceal-carry purposes will be faster. But it does tend to perform faster than the .32 ACP.

With slightly faster speeds and significantly heavier bullets, the .380 Auto should have a power advantage over the .32 ACP. This plays out in the numbers seen above. The .380 Auto has energies hovering around 200 ft-lbs, which makes it a manageable yet effective cartridge for many handgun owners. Quite frankly, the .32 ACP will leave many shooters underwhelmed.

Few would question the effectiveness of the .380 Auto in a personal-protection situation. However, the .32 ACP has muzzle energies that are so low it raises doubt among many gun owners. But if you are comfortable with the lighter energies from the .32 ACP, it can still be an effective round.

To be an effective personal-protection round, it needs to be manageable from a shooting position. Over-powered cartridges will leave many shooters flinching as they pull the trigger, leading to inaccurate and ineffective shooting. Neither of these cartridges should give people problems, as they are rarely too hard-hitting to shoot comfortably.

That said, the .32 ACP is likely the better choice for anyone concerned with recoil. With lighter bullets and lower muzzle energies, the .32 ACP will create a comfortable shot for most owners.

While lightweight, there is a recoil concern, when these cartridges are used in compact weapons. This is especially true for the .380. Essentially, small handguns absorb less recoil, so light, compact handguns can be a little harder to shoot. 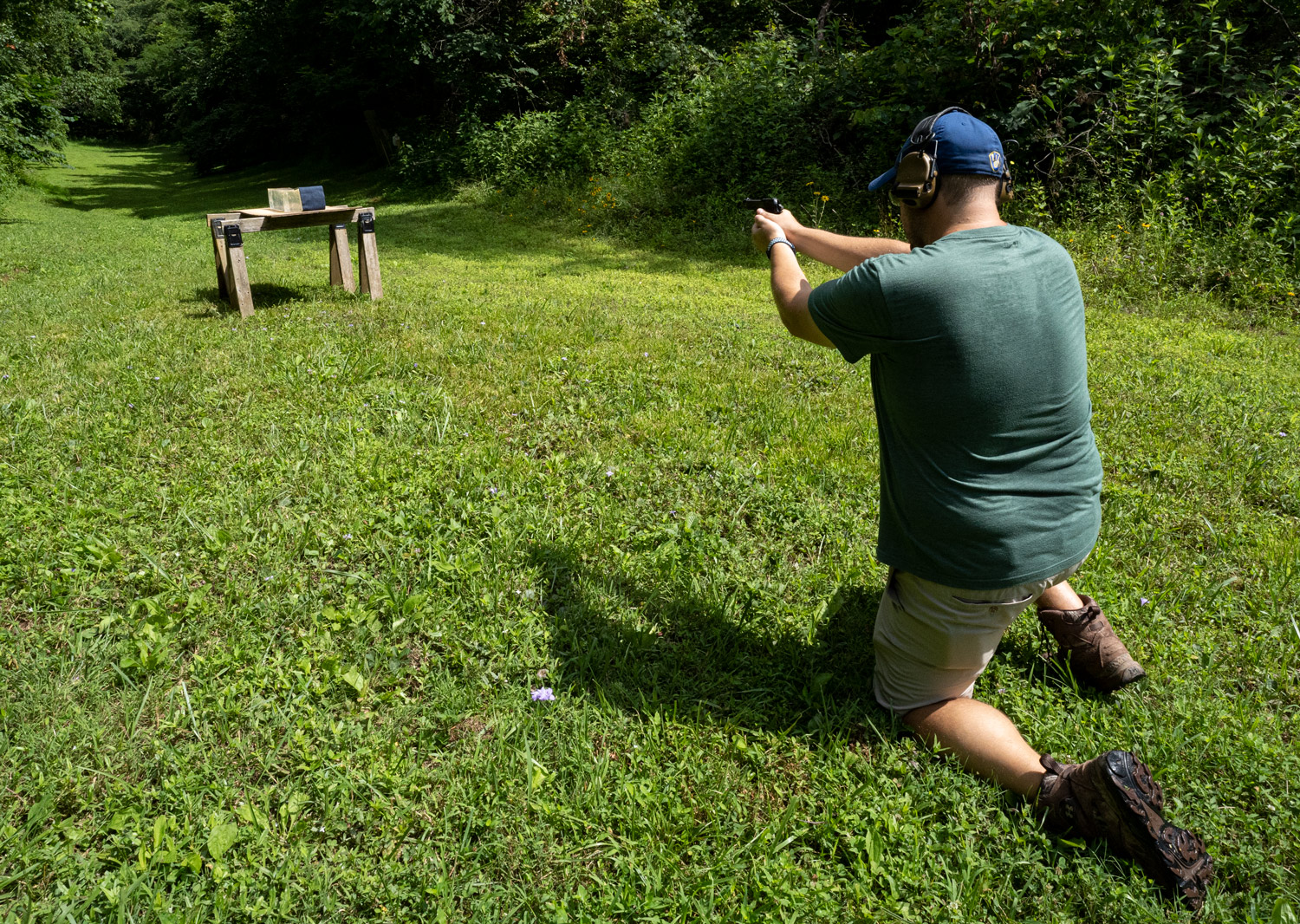 We fired each of the calibers into gelatin with short-barreled pistols to see what you can expect if you rely upon either for self-defense. For our trials, we used Speer Gold Dot and Clear Ballistics gelatin with a 4-layer cloth barrier. We fired the series of five shots from 10 yards away.

In our trials, a five shot set of the 60 grain Gold Dot fired from a 3″-barreled Beretta penetrated about 10 inches. It expanded to about 1/3 of an inch in diameter.

The 90 grain Gold Dot in 380 ACP gave us about an extra inch of penetration (11.2″) but offered more expansion. It expanded to nearly 1/2 inch in diameter. 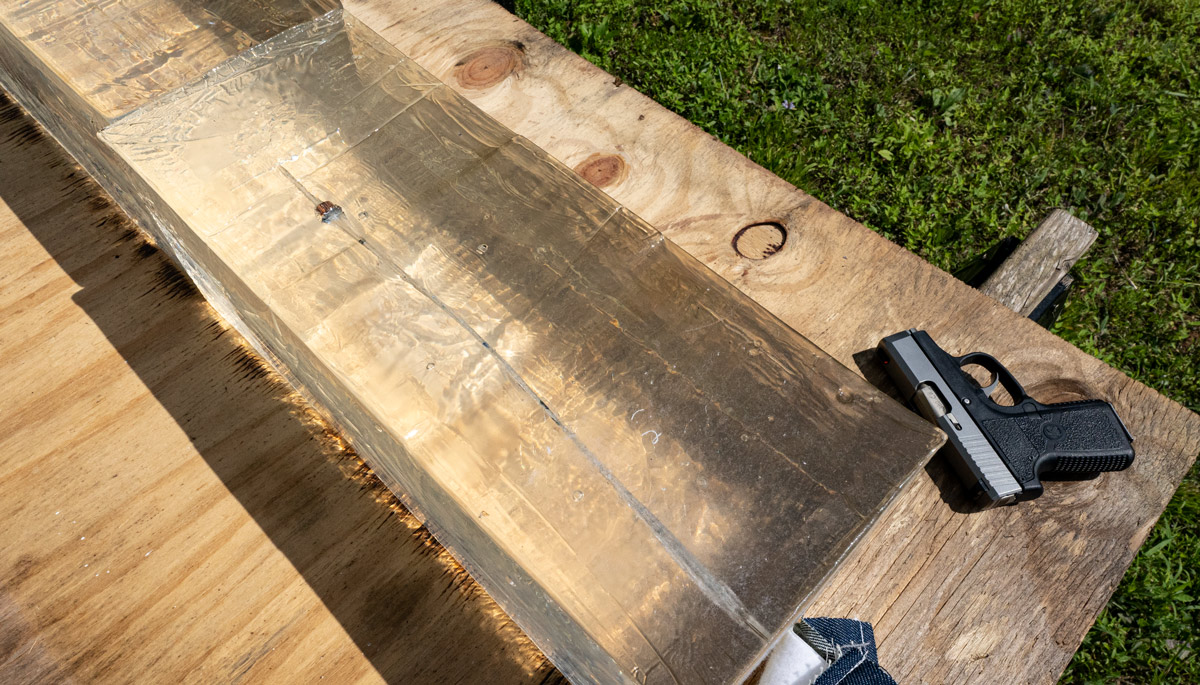 Neither of these rounds is going to blow away the competition for power and performance. But if you are seriously considering a conceal-carry weapon, either can be a reliable choice. In addition, both make excellent companions at the gun range, providing hours of light-weight, easy shooting.

Choose the .380 ACP if…
When you want a reliable, effective, and well-balanced weapon, one that can be handled by novice shooters, the .380 ACP is a great choice. Shooters who are concerned with the lighter power of the .32 ACP (which is legitimate concern, if somewhat exaggerated) will likely prefer this heavier, wider load of the .380 ACP.

Choose the .32 ACP if…
Some might scoff at the idea of carrying a .32 ACP for personal protection. While it may not have the stopping power of other handgun rounds, it can certainly stop a threat when used correctly. If you are concerned with recoil, and would generally prefer light and manageable over heavy and high-powered, you don’t be afraid to try the .32 ACP. (Some might scoff, but remember: you’re not carrying a pistol for the approval of others.)

Affordable Personal-Protection Ammo is Waiting for You

If you need top-quality ammunition for your conceal-carry needs, visit ammotogo.com today. You can find our selection of 380 ACP Ammo in-stock here and our 32 ACP ammo by clicking here.