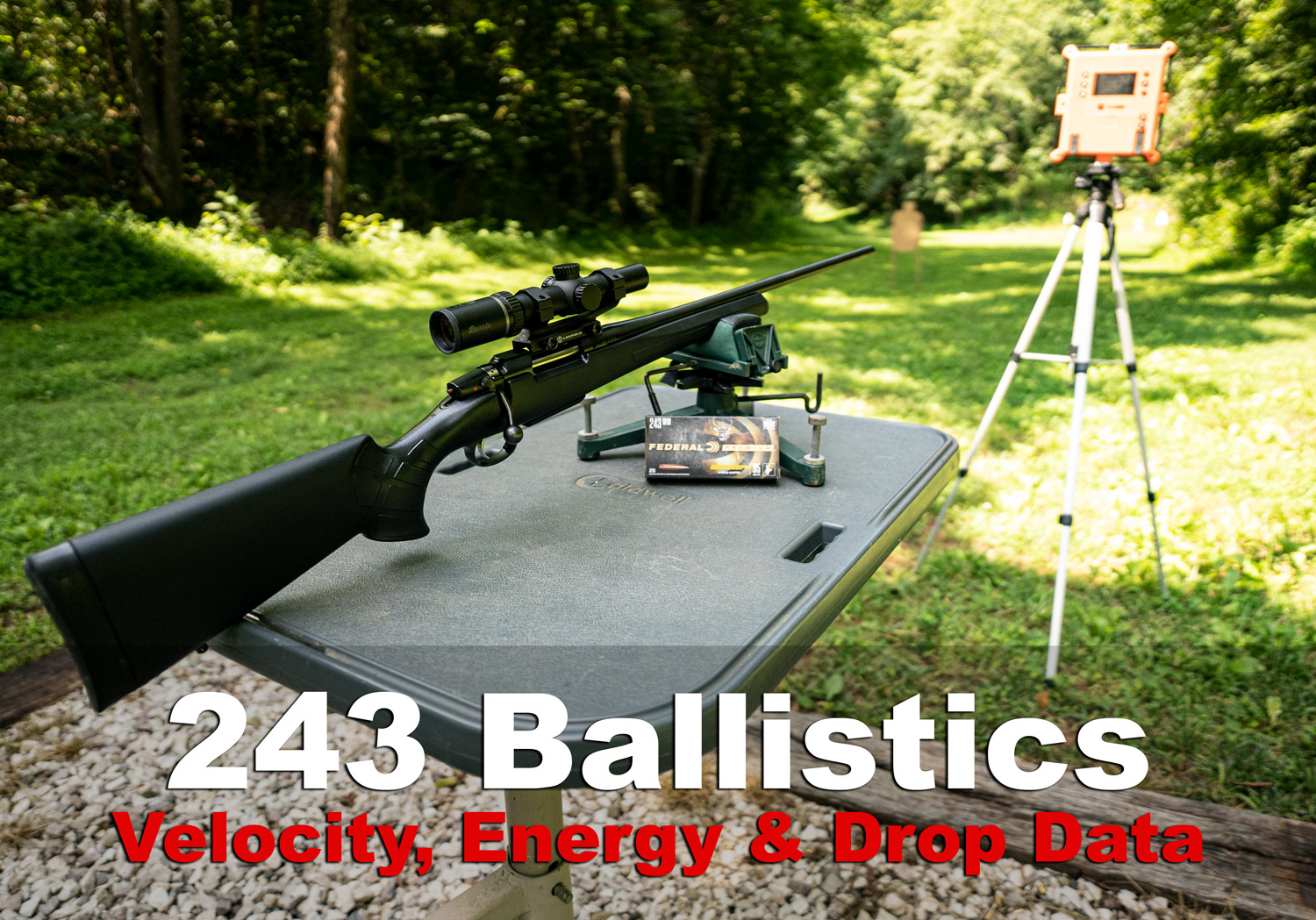 A look at 243 Ballistics with information for some of the most popular 243 Winchester ammo loads available in the United States.

Winchester brought us .243 Winchester as a caliber for varmint hunting and target shooting. It’s lightweight, delivers fairly low recoil and, tends to be accurate. Let’s take a look at what this popular deer and hog hunting round is capable of through an analysis of 243 ballistics.

Today, you’ll find the versatile 243 Win with a bullet in one of two weight classes: 55-85 grains, which is suitable for rodents up to coyote, and 90-115 grains, like 100 grain Remington Core-Lokt 243 ammo. This weight is more appropriate for whitetail deer and other small-medium sized game.

The 243 Win’s muzzle velocity hinges on its bullet weight. At 55 grains, its bullet achieves 3,910 fps; at 100 grains, 2,960 fps. A heavier bullet delivers greater energy upon impact at the expense of faster bullet drop — which is nothing skilled marksmanship can not accommodate.

One must take barrel twist into account depending on the type of 243 Win cartridge that is fired. A slower barrel twist of 1:10 is generally adequate to stabilize bullets weighing up to 100 grains, while the accuracy of heavier, higher ballistic coefficient bullets is improved by a 1:7 or 1:8 twist. In short, you would do well to use one rifle for varmint hunting and another for deer.

Although based on the 308 Win, the 243 Win differs substantially from it. The 243 Win delivers substantially less recoil and a flatter trajectory. 308 Win ammo offers a wider frontal area, improved resistance to wind drift, and greater energy over longer distances.

The 243 Win is an exceptionally accurate round, in part because its low recoil prevents flinching. Larger 243 Win bullets generally offer sectional densities just greater than .200, which is considered adequate for ethical kills, yet its high accuracy permits surgical shot placement that mitigates the suffering game must endure.