A side by side comparison of the 224 Valkyrie vs 22-250 calibers. Which is superior in terms of ballistics and which of these 22-calibers is best for your shooting needs? Let’s find out!

There are many fantastic firearms choices in the United States. There are also numerous choices for ammunition. When it comes to fast and accurate shooting for medium-sized game and varmint hunting, two popular options are the modern 224 Valkyrie vs the classic .22-250 Remington.

Both offer speed and power in a smaller-caliber round, but they have surprisingly different uses, and are usually loaded into strikingly different rifles. 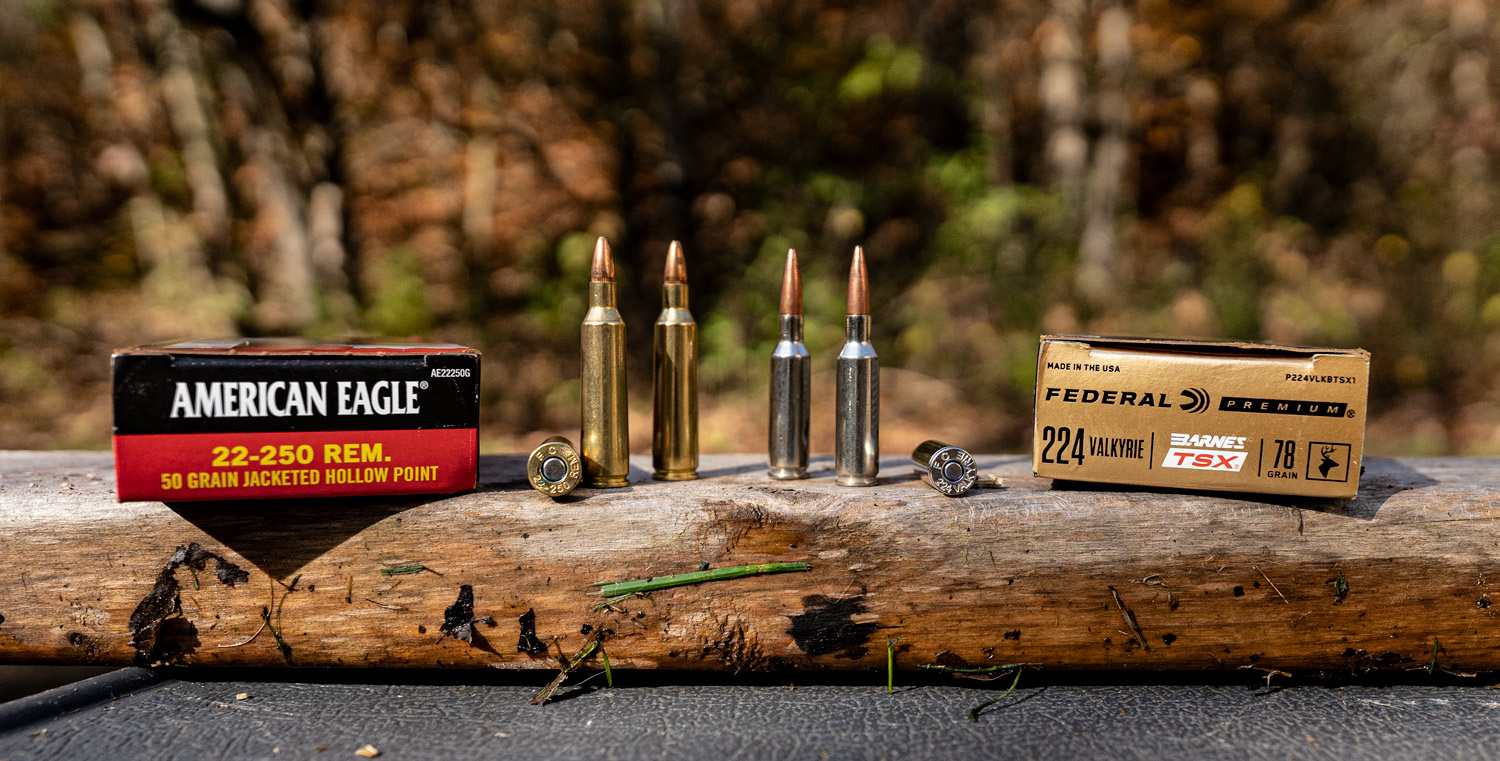 For most shooters, the most important difference between these two rounds is not the cartridges themselves, but the rifles.

The .22-250 is generally used in a bolt-action rifle, while the .224 Valkyrie is used in AR-platform sporting rifles. So right from the beginning, before even looking at velocity, downrange energy, or shot trajectory, you may reach a decision based solely on firearm preference.

If you prefer high-volume shooting from an AR-style rifle, then you will likely choose the .224 Valkyrie. But if you like the classic shooting process of bolt-action firearms, then the .22-250 is likely your best choice. 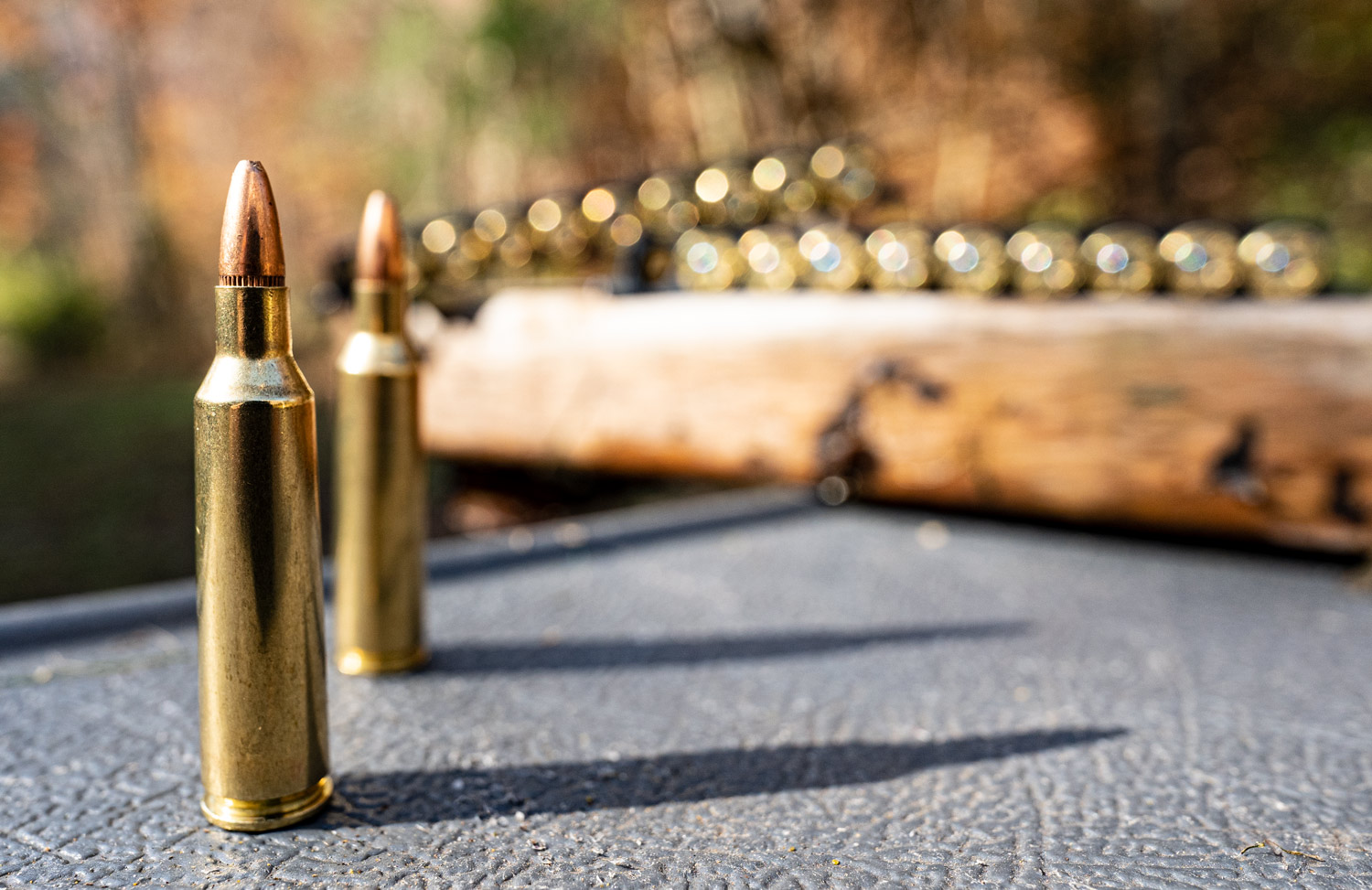 Comparing the two cartridges side-by-side, a few differences become immediately clear. Most obvious is the case length and the distance from the rim to the “shoulders”. The .22-250 has a slightly wider rim, and the case length is significantly longer; over .3 inches longer, which doesn’t sound like much. In terms of a cartridge it’s a considerable difference though.

Essentially, the larger case, combined with bullets that are usually smaller, means the .22-250 has much different performance statistics. And if you understand the basic-level cartridges dynamics, you can likely guess how these differences will play out…

When comparing two cartridges, case size does not change from product to product. Diameter and length does not change. What does change, is the bullet. Engineers change the size and design of the bullet to fit a specific purpose. These changes can impact velocity. As we see from the stats above, .22-250 Remington ammo consistently has higher velocities, both at the muzzle and downrange.

The 40-grain .22-250 from Federal had the fastest speeds, with a blazing muzzle velocity of 4,200 feet-per-second (fps). This is no surprise, as it also carries the lightest bullet among all six products; when all other factors are the same, a lighter bullet is faster than a heavier one.

224 Valkyrie ammo offers a quick cartridge, and will win the velocity challenge when facing many other opponents, but the .22-250, which was made for speed, simply outpaces the competition.

If you are using either one of these cartridges for hunting, you need to understand the energy they can deliver to the target, as this will make a big impact on the effectiveness of shot. Of course, accurate shot placement is essential, regardless of energy. But as we see from the stats above, the .22-250 Remington is clearly the more powerful round.

There is one downrange stat, however, that sticks out. At 200 yards, the 60-grain .224 Valkyrie from Federal maintains an energy of 884 ft-lbs, which means it strikes with more power downrange than the comparable .22-250. So if you are looking at .224 Valkyrie with heavier bullets, you may find more powerful striking power after 200 yards or more. It may be plausible that Valkyrie, which has bullets ranging heavier than the .22-250, could be more useful for medium and long-range varmint and predator hunting.

The straighter the shot, the better. Or so says common shooting wisdom. Comparing this performance stat can be tough, as different manufacturers use different standards, often changing the point at which a shot is “zeroed.” Federal and Hornady provide trajectory information on the bullets we compared above, they just use different standards. 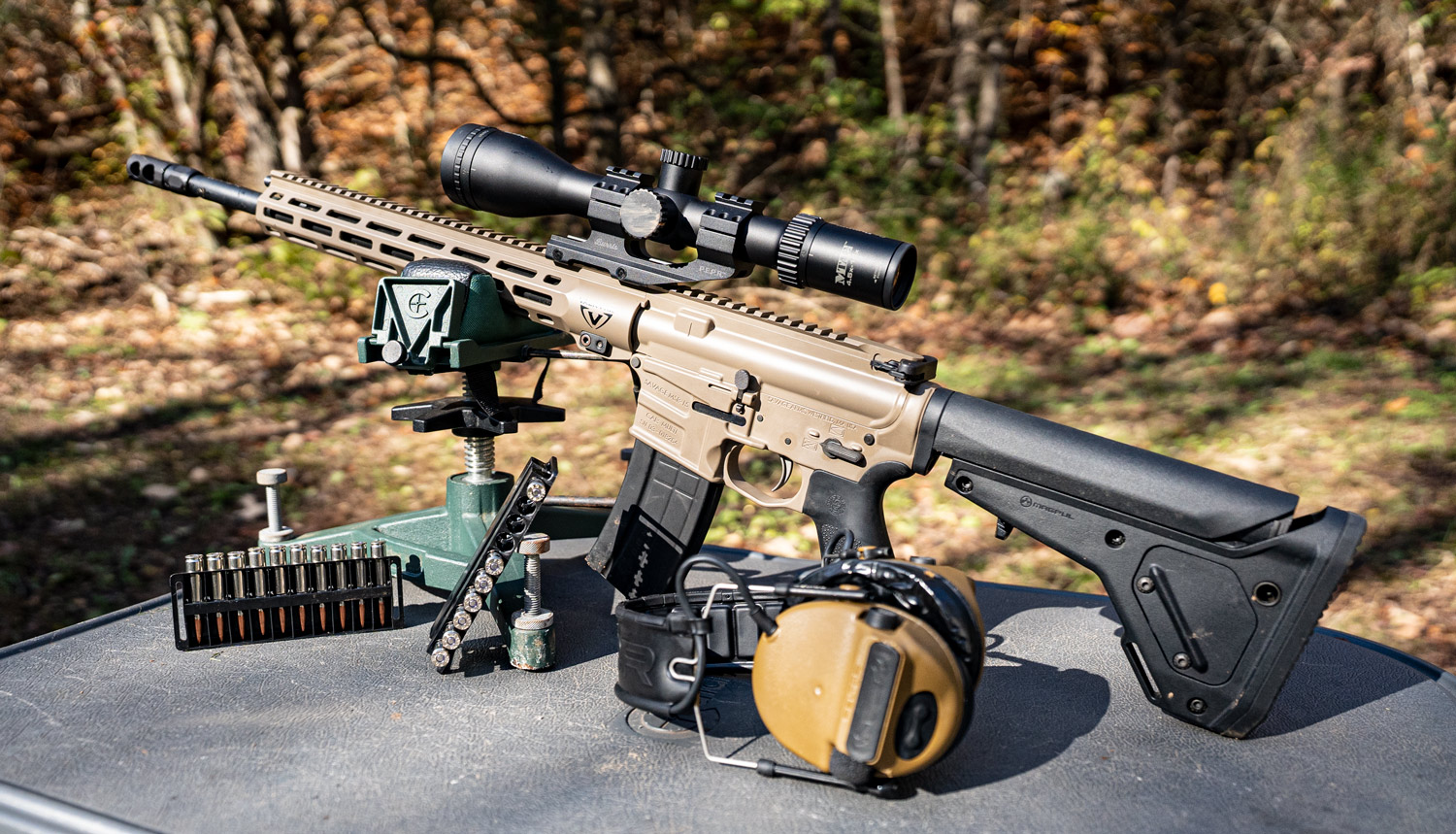 After the .22-250 beat the competition in speed, power, and trajectory, why choose the Valkyrie at all? As we said above, it’s all about gun selection. The AR platform offers a level of versatility and shooting performance that many Americans absolutely love. As you probably know, this style of rifle has soared in popularity. Many gun owners would not trade their AR-style rifle for any bolt-action. You can be use the AR for hunting, high-volume target shooting, and home defense.

While neither are a burden to shoot, there’s an ease and confidence that many shooters and hunters find with the AR-platform. For that reason, many of us are willing to forsake some of the ballistic performance for the opportunity to carry a 224 Valkyrie rifle to the range or woods. No matter which you choose in the 224 Valkyrie vs 22-250 debate, you’ll have a capable round that’s equipped to ethically bag medium-sized game without crushing your shoulder.