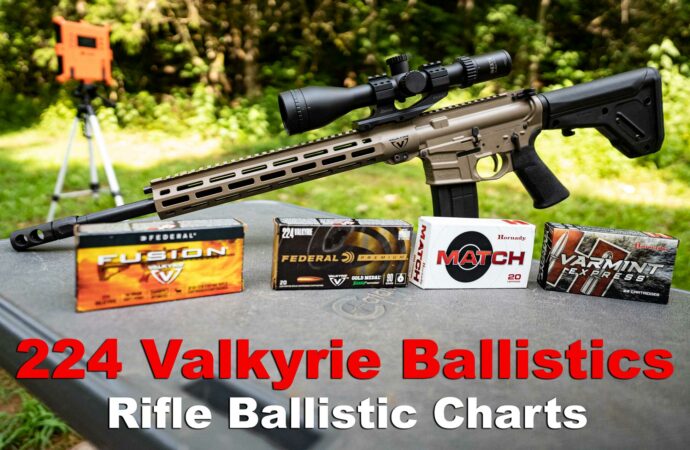 A resource for shooters with 224 Valkyrie ballistics data. We include muzzle velocity, energy and bullet drop for the most popular 224 Valk loads available on the U.S. market.

The new kid on the block as of 2017, 224 Valkyrie has earned high praise right out of the gate as one of the best AR-platform calibers out there. To see, why let’s take a look at 224 Valkyrie ballistics and what can you expect with the cartridge. 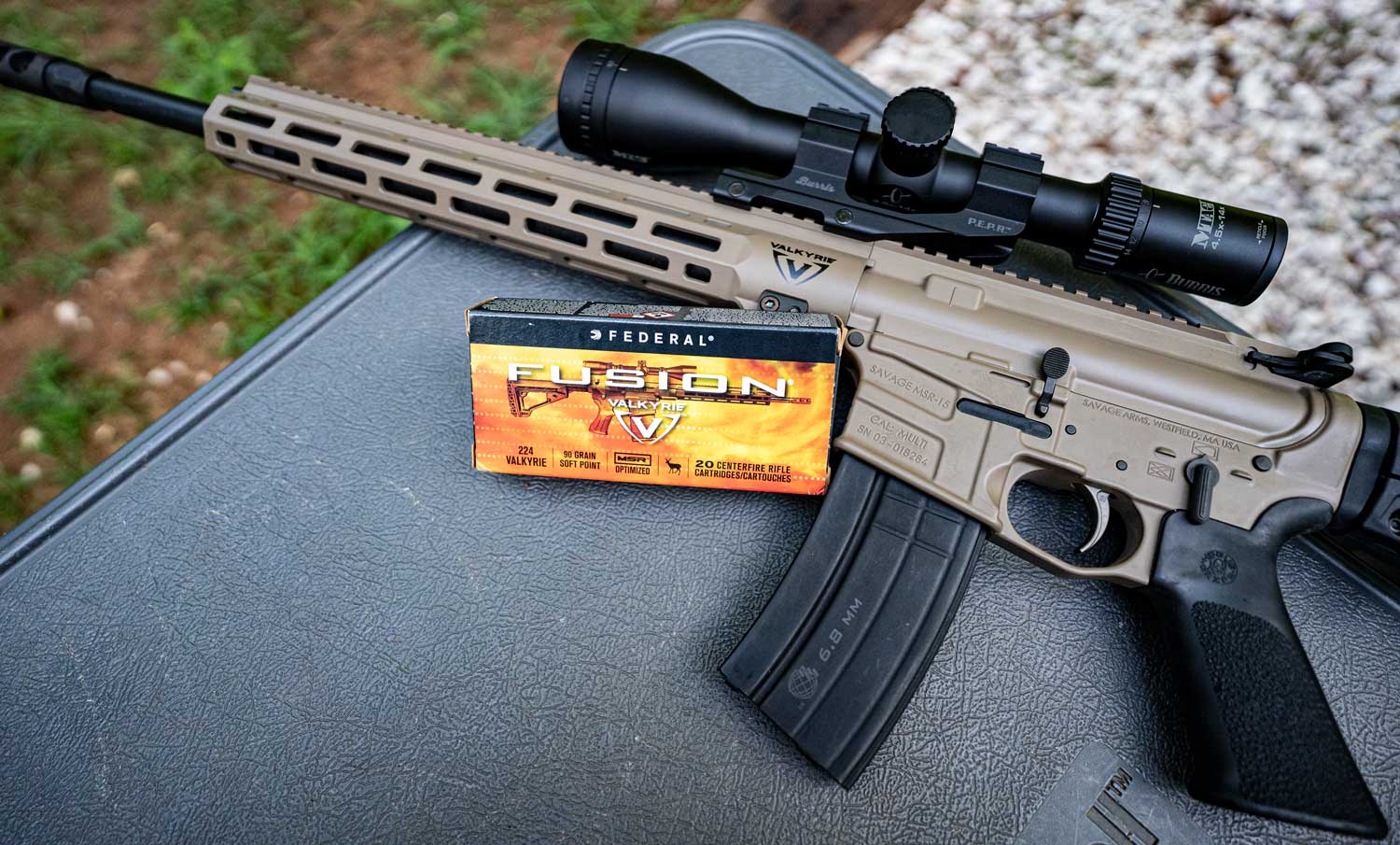 Federal designed the 224 Valkyrie to provide a long distance cartridge compatible with small platform Modern Sporting Rifles. In essence it features a 6.8 SPC casing (which is itself based on the 30 Remington) that is necked down to seat a .22 caliber bullet. Until the 224 Valkyrie’s arrival on the scene, long range competition was pretty much limited to large platform MSRs. Those rifles were chambered for rounds like 308 Win and 6.5 Creedmoor.

Recoil and Other Considerations

The 224 Valkyrie certainly shines in terms of recoil. Federal’s .22 caliber round generates as little as half as much recoil as the 6.5 Creedmoor. It may deliver only a quarter as much kick as a 308 Win’s 180 grain bullet.

The 224 Valkyrie’s bullet is inherently long, thin, and ballistically efficient. This naturally immunizes it against wind drift, helping it to hug its trajectory tighter until it reaches its target. It also helps it to preserve a greater part of its muzzle velocity downrange. The 224 Valkyrie is indeed a fast cartridge.

An 88 grain ELD Match, which is optimized for accuracy and not terminal performance, offers an impressive 0.545 BC!

How .224 Valkyrie Stacks Up 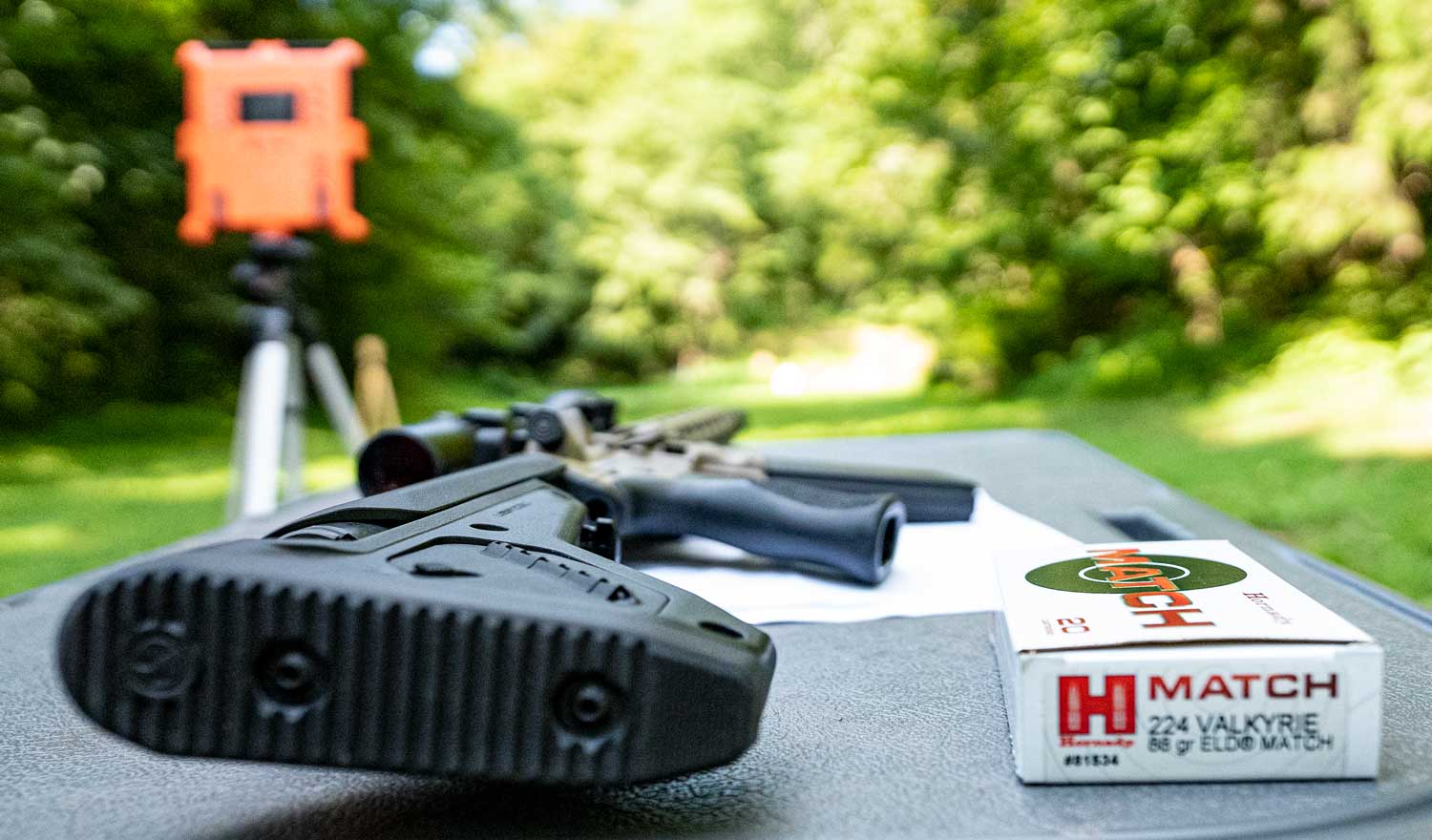 Compared to its rivals, the 224 Valkyrie’s trajectory lets it deliver some of the least bullet drop at a distance of 1,000 yards. (The 6.5 Creedmoor does still outperform the 224 Valkyrie in this singular comparison, although again its recoil is substantially greater.)

As you might expect, so potent a long distance target shooting and competition round also excels at hunting. The 224 Valkyrie’s high muzzle velocity and ballistic coefficient enable it to preserve killing energy at several hundred yards. Its sectional density is adequate to penetrate to the depth where a medium-sized game animal’s vital organs lie. You probably wouldn’t want to test a 224 Valkyrie against a moose, but for whitetail and boar it’s a fine selection.