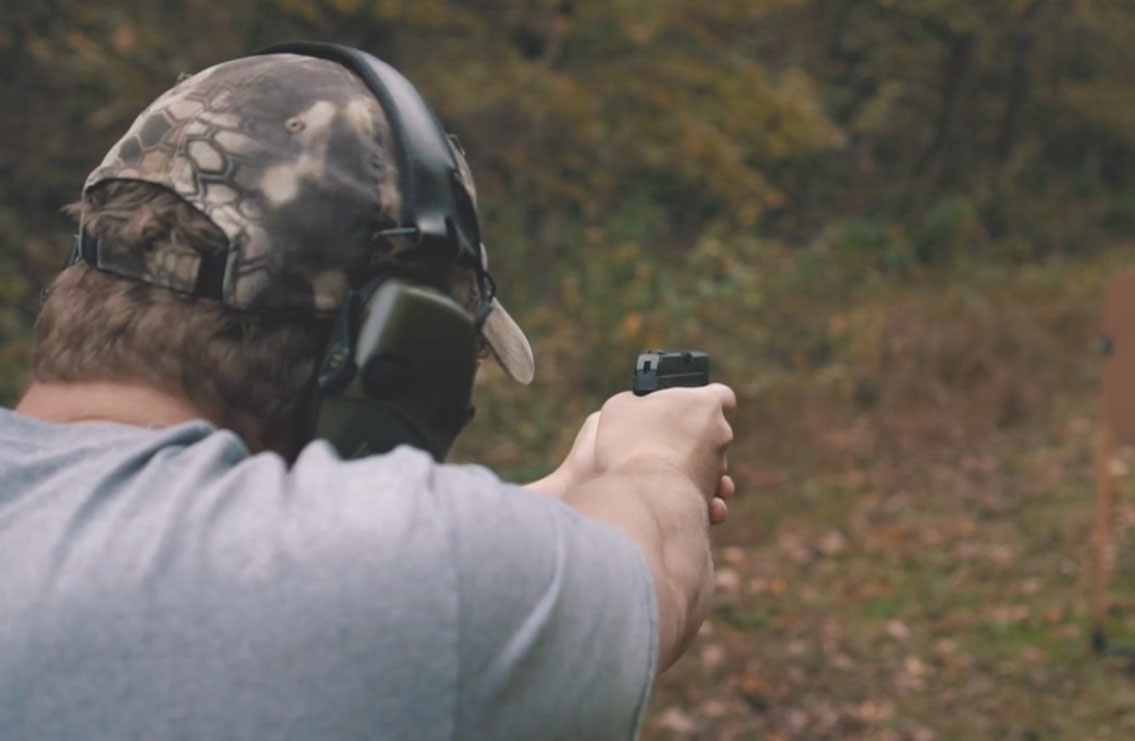 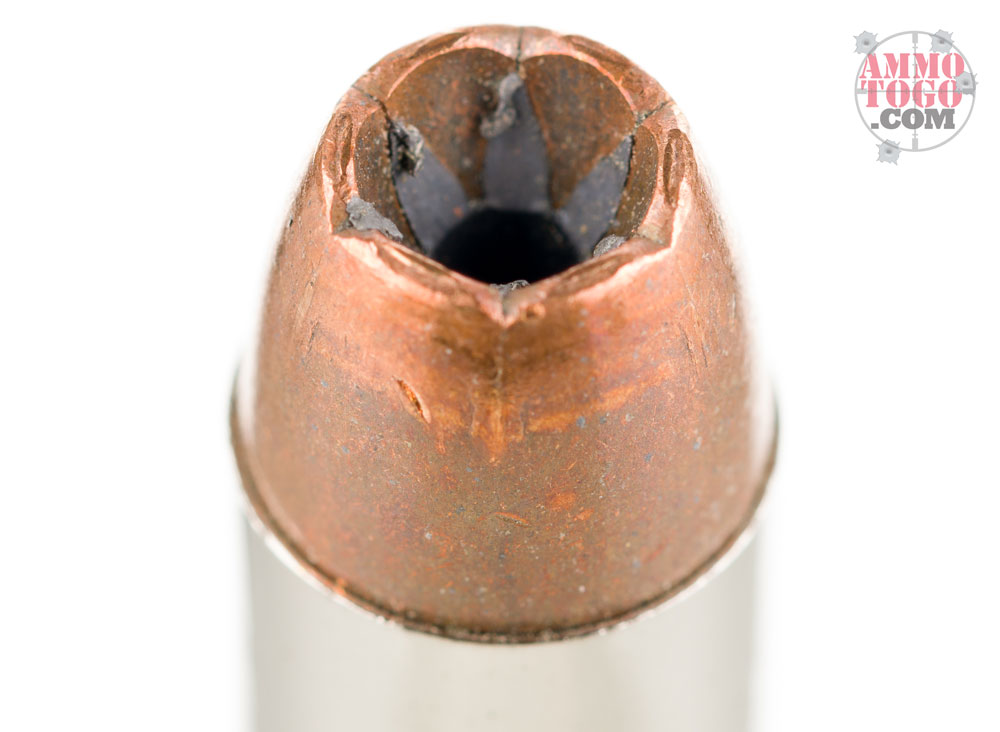 Bonded ammunition is essentially jacketed ammo (or any ammo with a metal jacket and soft lead core) that has gone through a process that bonds the two elements together. The lead core is molecularly bonded to the jacket. This creates a solid structure that keeps everything together in one solid piece as it hits a soft target.

Manufacturers use various methods to bond the core and jacket together. One technique is basically a soldering process, where the lead core is melted inside the copper jacket at high heats. This allows the liquid lead to fill tiny spaces inside the jacket, which would not be filled if the two were simply pressed together.

Another process for bonding the core to the jacket is an electrochemical process. During this technique, the jacket is essentially applied to the outer surface of the already-formed core as exterior plating.

There are also proprietary processes that manufacturers use to bond the ammunition into one solid piece. Since it’s proprietary, the manufacturer does not disclose exactly what they do in hopes their competitors won’t steal their “secret sauce.”

Why Choose Bonded Over Non-Bonded Ammo

So what is the purpose of having the core molecularly bonded to the jacket? Why is it important the bullet stay together in one piece, instead of splintering into multiple fragments? It all comes down to penetration.

Because the bullet holds together after impact, it maintains energy and velocity after initial penetration. While it will mushroom, expand, or change shape (depending on the product you are using), the chances of the bullet splitting into two or more pieces are reduced. In the end, you have one bullet keeping its weight and mass, driving force deeper, than you would if you had multiple fragments.

Weight retention is a common factor in ammunition and is essential for penetration. Bonded ammo, therefore, is more reliable when you need penetration. This makes it a common choice for big-game hunters as well as gun owners concerned with self defense.

When hunting large, dangerous animals, you need a bullet that will maintain its shape and deliver a clean, fast, effective kill. A bullet that fragments in a heavy animal could be dangerous for the shooter, and could lead to slow-acting wounds. For this reason, it could be argued that using bonded ammunition like Winchester’s Power-Max ammo is a more humane way to hunt.

Deep penetration through thick, dense hide, skin, muscles and bone, and then striking the vitals with force, is essential for taking large game. This makes bonded ammunition a good choice for:

Even whitetail deer and other medium-sized game animals justify the use of bonded ammunition, even though it may not be as necessary.

The other purpose, although perhaps not as common as big-game hunting, is self-defense. Many self-defense-gun owners want to know that the bullets they load will stop any threat, and having a bullet that increased penetration without reducing expansion gives greater assurance for personal carry and home defense.

Bonded ammunition can also be used for law enforcement and military personnel, not just private citizens. That’s why Winchester’s PDX1 ammo is so popular among those who carry for self-defense/protection. 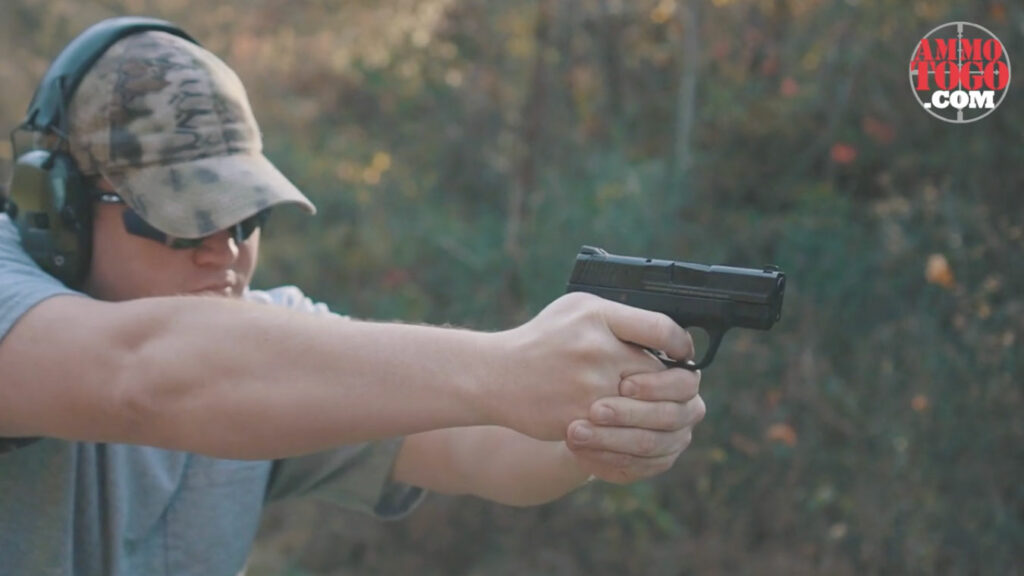 Ammunition choice is a give and take, and bonded ammo is no different. Like all bullets and cartridges, there is a benefit and a drawback to using bonded ammunition. With bonded ammo, the drawback is a common issue for shooters: price.

Because of the advanced manufacturing process, creating bonded ammunition can take more time and material. Therefore, it is often more expensive to shoot cartridges loaded with bonded projectiles or to purchase bonded bullets for home loading.

There is also a potential downside that, admittedly, is more speculative than proven: variables. In manufacturing, the more steps in the process you have, the more potential you have for inconsistencies and defects. Because making bonded ammunition includes more steps, there is the possibility, however theoretical, that there could be a higher chance of defect.

The bottom line for bonded ammunition is that it is a wonderful choice for heavy-game hunting. Because of the price, you probably wouldn’t choose it for high-volume target shooting from either a handgun or a rifle, but it can be an effective tool for delivering a fast-acting impact shot to the largest game in the world.