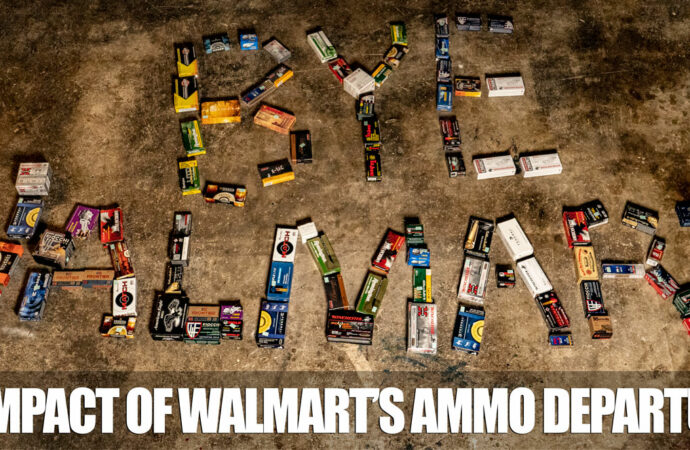 There’s no denying Walmart was a behemoth in the ammo world. The Arkansas-based retailer sells somewhere around 20% of the ammo purchased in the United States, if you believe what their CEO told the world in a memo this week. Based on United States excise tax information, you can extrapolate that out to assume in

There’s no denying Walmart was a behemoth in the ammo world.

The Arkansas-based retailer sells somewhere around 20% of the ammo purchased in the United States, if you believe what their CEO told the world in a memo this week. Based on United States excise tax information, you can extrapolate that out to assume in a “normal” year, Walmart sold somewhere around $400 million worth of ammo in its stores. That’s the equivalent of about 1.3 million cases of $300 .223/5.56 ammo. Or 2 million cases of $200 9mm ammo! 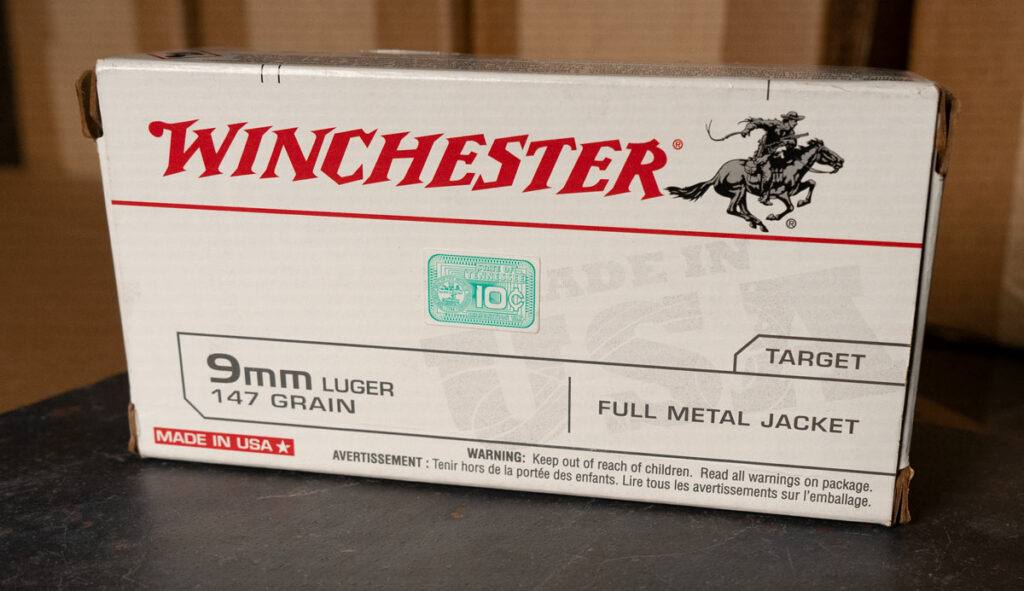 Mainstays in the shooting world, like the 9mm Winchester White Box ammo pictured here will no longer be for sale at Walmart.

As we’ve alluded to in the past, 9mm and .223 ammo alone make up a disproportionate chunk of the ammo market. From our perspective, Walmart’s estimate that they’ll maintain 30-45% of their ammo sales is an optimistic one.

What’s Next for the Ammo World?

While we here at AmmoToGo.com are obviously eager for the chance to impress those former Walmart customers, the void left in the ammo retail world is huge. Assuming all rounds are equal value, a Walmart cash register rang up 1 in 5 rounds fired downrange in 2018.

The departure of the retail giant brings up some interesting points about the future of ammo in the brick and mortar world.

Who Stands To Gain?

As far as we know, there aren’t any ammo retailers that can touch the 4000+ locations Walmart has in the U.S. 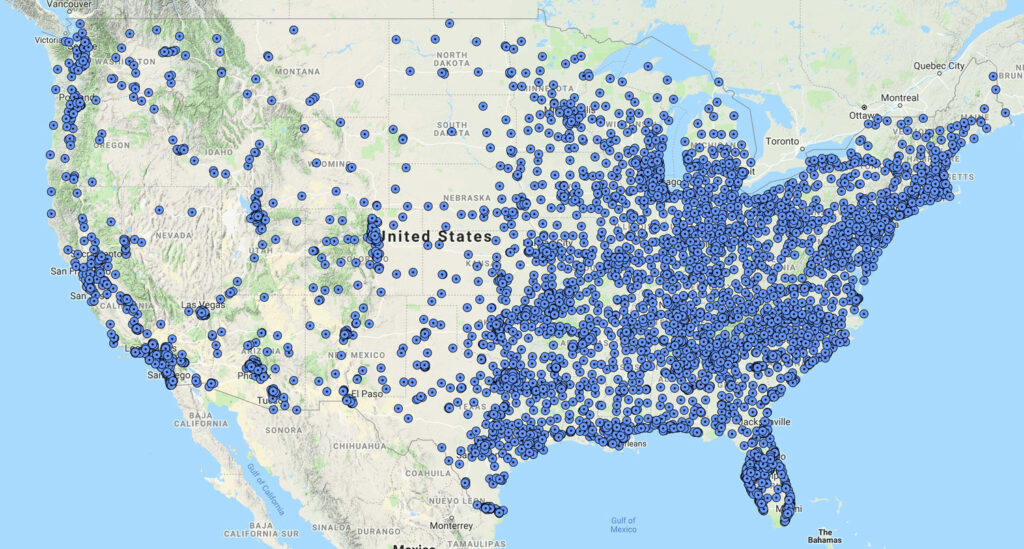 But there are some retailers that stand to gain with Walmart pulling the plug on a lot of ammo sales.

Here’s a look at at the location for some of those larger retailers with significant brick and mortar footprints. 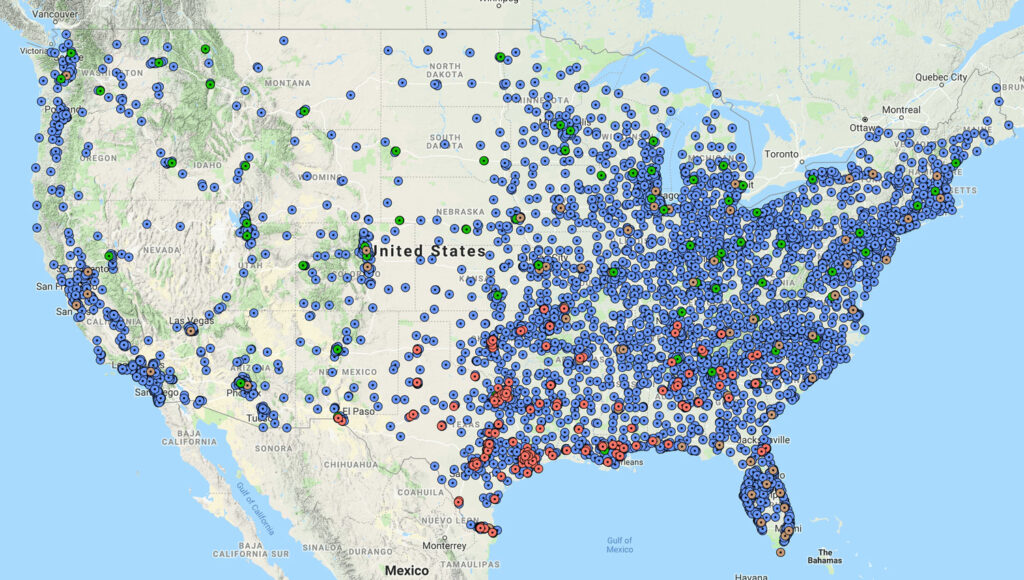 It may make sense to get a sense of size as we begin. Here’s a look at the approximate number of unique zip codes each retailer serves.

It appears more than 3,000 communities that could be buying their ammo from Walmart right now will lose that option.

Where Do They Overlap?

So, that begs the question: what markets is Walmart leaving where there is a ready substitute in place with a store open? Well, more than one hundred communities, it appears.

Bass Pro Shops has 51 stores located in the same zip code where there is at least one Walmart.

There are 42 Cabelas stores located in the same zip code with at least one Walmart.

There are only 11 zip codes that have both an Academy and Bass Pro Shops store or Cabela’s. The smaller players seem to have done a pretty good job avoiding competition. The data suggests they steer clear of the immediate communities each serves. 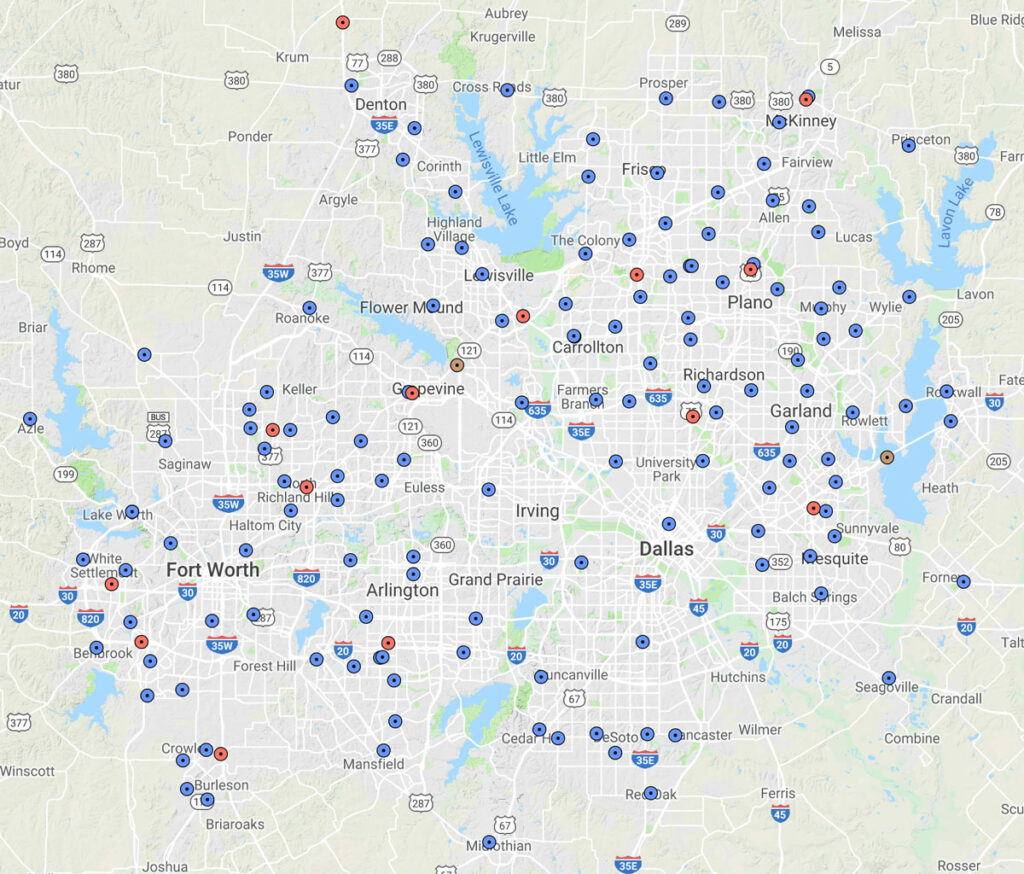 After analyzing the data, it appears Academy has a lot to gain from Walmart’s move.

Academy has 111 stores in the same zip code where there is a Walmart. Of those, 62 are in the state of Texas, Academy’s home turf.

Texas represents a massive market for ammo. We probably didn’t need to tell you that, though. The state is about 8.8% of the U.S. population but’s not unusual for Texas to make up somewhere around 15% of sales at AmmunitionToGo.com. When you consider the recent regulatory changes in California regarding ammo sales, Texas becomes an even bigger prize.

In the short term, online retailers like AmmoToGo.com are already seeing an impact. Since Walmart’s announcement, sales have been heavier than normal. We welcome the new customers but worry long-term there could be an impact on the country culturally.

Walmart’s role in ammo retail made the products you and I use as normal as a gallon of milk. You could run into the store, grab a box of diapers along with a couple boxes of 9mm ammo and it was not a big deal. I imagine for many Americans who didn’t grow up around guns, passing by the gun counter at Walmart is as close as they get to a firearm.

Now, that normalcy is gone. Instead, ammo is labeled as forbidden fruit that must be kept out of sight and perhaps, out of mind.

Of course, what comes next is anybody’s guess. After talking with many of the ammunition manufacturers we share in common with Walmart, this wasn’t expected.

With an election about a year away and the political winds blowing, anything seemingly can and will happen. We’re planning to be here through it all, selling every round we’re legally able to ship. After all, ammo is our bread and butter. Without ammo on the shelves, we’d cease to exist.

Just don’t be disappointed if we can’t offer up the diapers and milk that some of the big box stores used to have right next to the ammo.