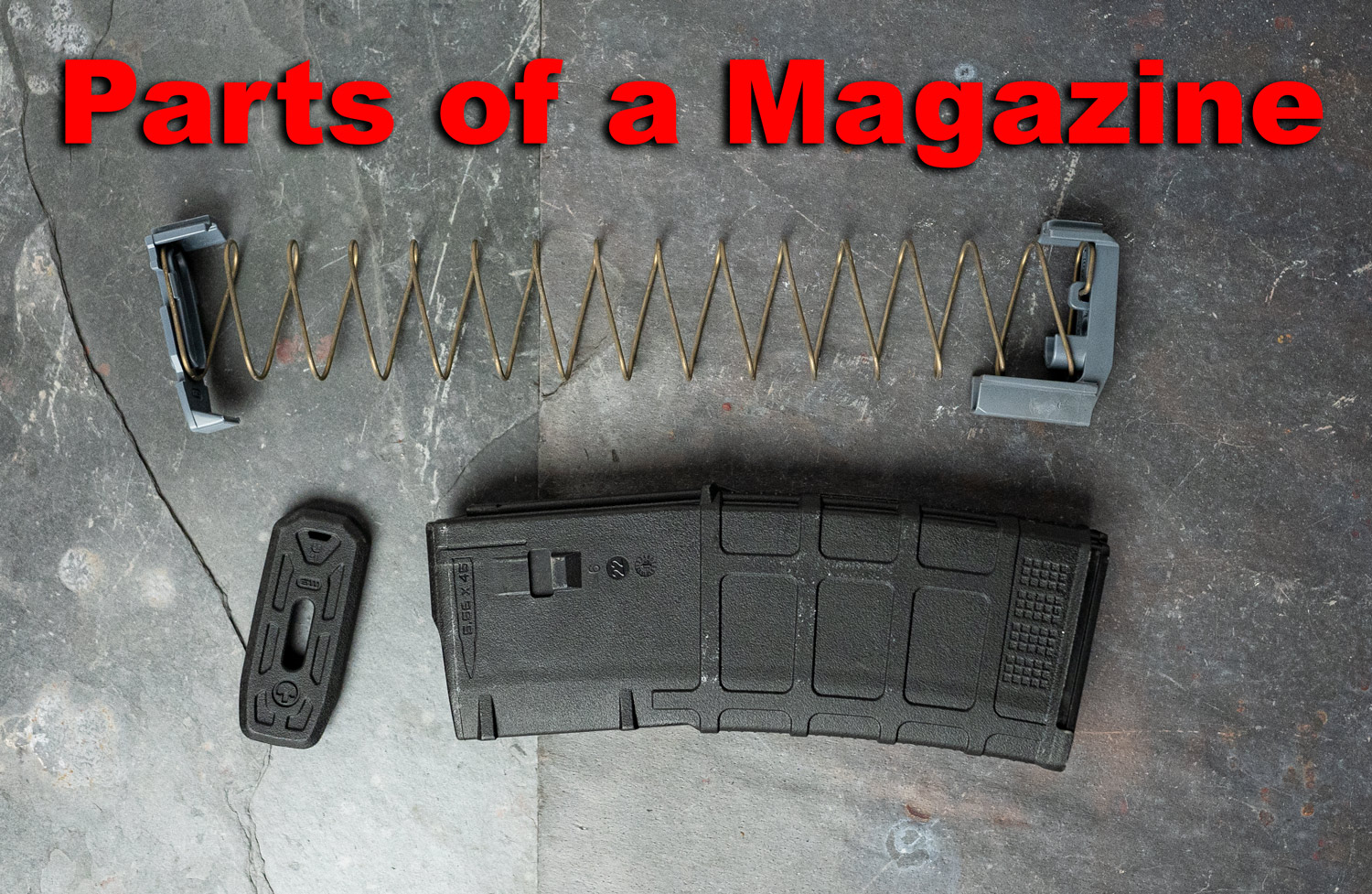 A look at each of the pieces that make up a modern magazine. What function do they serve and how can they all fit together for a reliable shooting experience?

Magazines run from simple to complex. It’s one of the most important components of a firearm, but it’s also prone to damage, wear, and misalignment. To have long-term success with your rifles, handguns, and shotguns, you need to understand the different parts of a gun magazine, as well as how they can impact your shooting.

Parts of a Gun Magazine 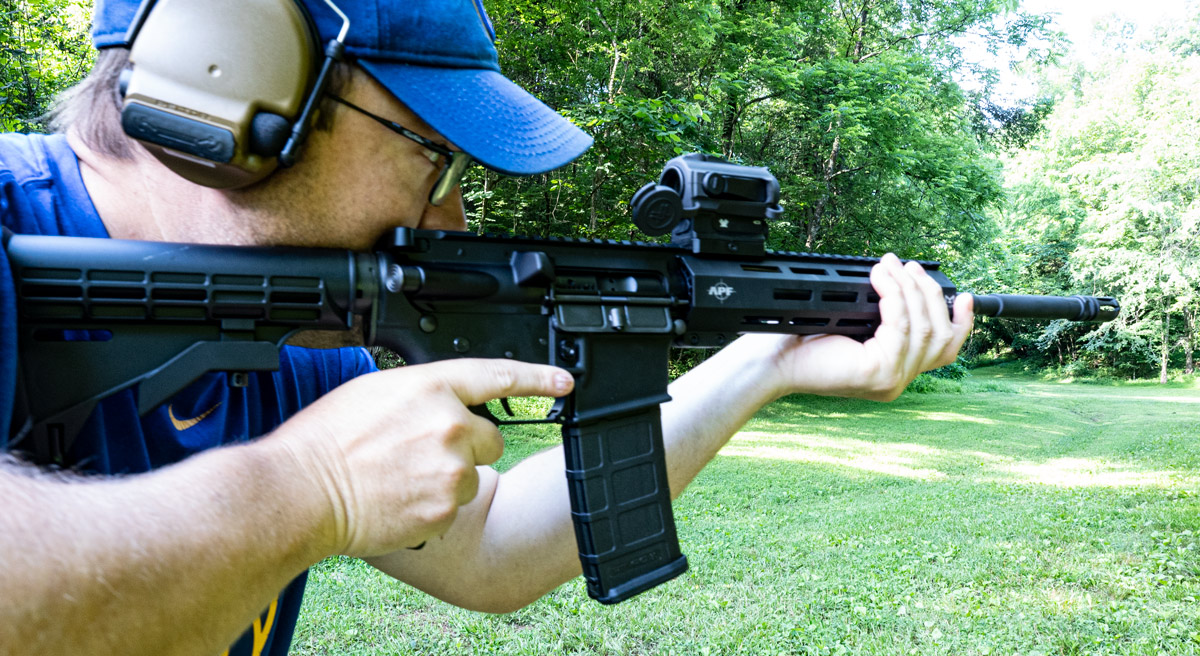 In short, there are four primary components that make up what most of us would call a common rifle or pistol magazine. We’ll go into each piece in detail but you should know those parts are:

As the name implies, this is a simple tube where the cartridges are loaded front to back in a straight, single-file line. They are commonly found on shotguns, as well as lever-action rifles, but can also be found in rifles, especially .22-caliber rifles.

These are the magazines that hold cartridges vertically, feeding the rounds upward. They can hold the rounds in a single-file line (usually called a single-stack) or they can be a double stack, where the rounds are staggered on top of each other. Double-stack magazines can hold more, although not necessarily double the amount.

Gun Grammar: A Magazine is Not a Clip

Another important point to discuss is the difference between a magazine and a clip. Although similar and often confused, they are different components of a weapon. A magazine is a box or tube that can be loaded with ammunition and reloaded again. As we have mentioned, handgun and rifle magazines are used in a wide variety of firearms.

A clip, however, is a thin strip of metal that can hold cartridges before they are loaded into a magazine or firearm. They are sometimes reusable, but not always.

Click here for a deeper explanation on magazines vs. clips.

Parts of a Gun Magazine

Essentially, the casing holds all the cartridges in place. They should hold the cartridges with a snug fit, but not so tight that the round can’t move towards the chamber. The casing also hold the other internal components, including the spring and follower.

Many box magazines have holes and numbers so you can count how many rounds have been loaded. 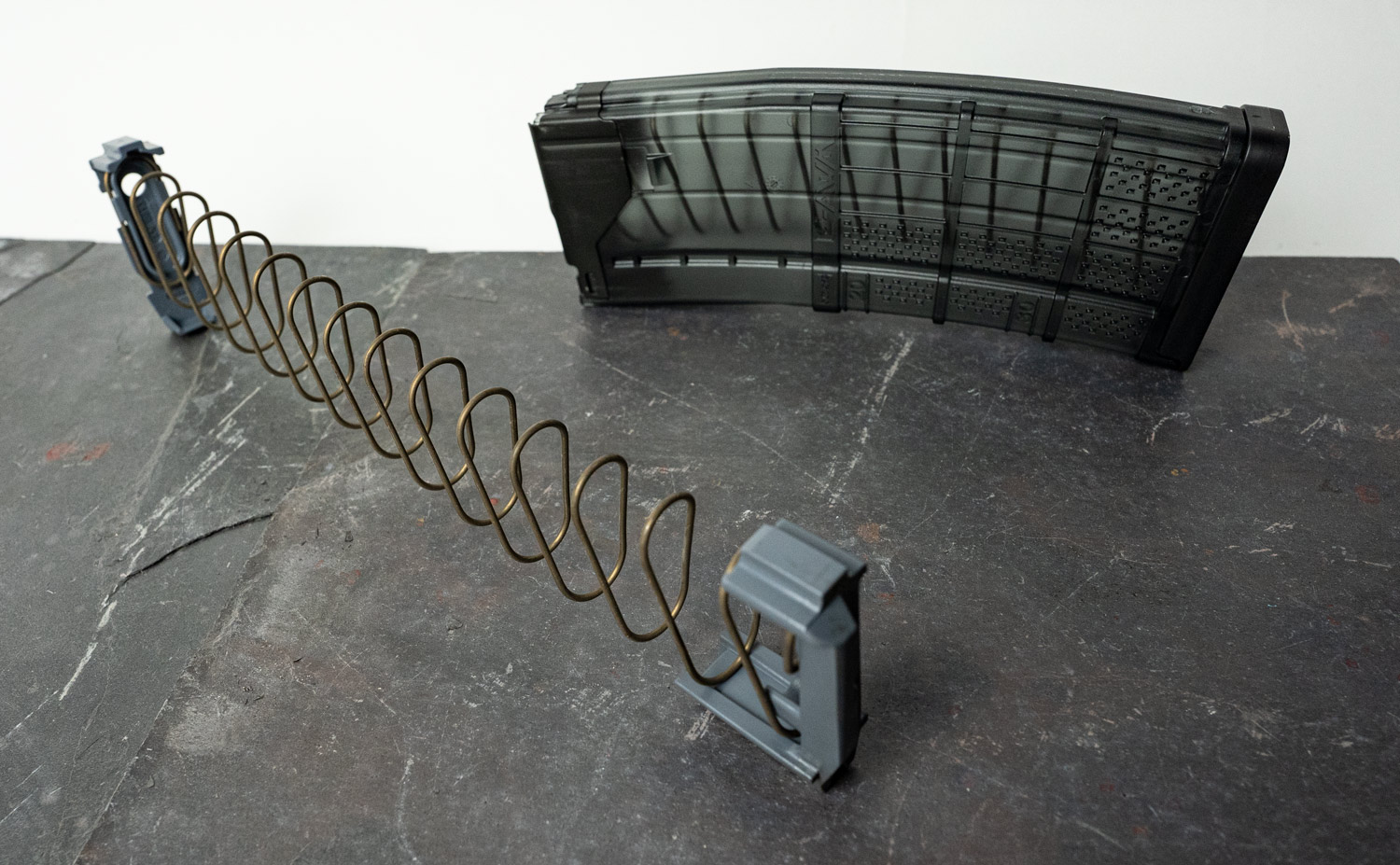 This is the spring at the far end of the magazine that pushes the rounds towards the chamber. The spring should give a firm pressure upward or back towards the chamber, but the pressure should not be so strong that you can’t load rounds. Springs are usually made from steel or a steel variation.

This is a component that often needs to be replaced or fixed, as it is constantly under pressure and does a lot of work when loading and discharging rounds. However, springs can usually tolerate years of consistent use, assuming you’re not firing hundreds of rounds every day.

Replacement springs are available from a wide variety of manufacturers.

This is the component of the magazine that literally follows the cartridges up toward the gun’s chamber. In fact, the spring does not touch the cartridges, but instead is attached to the follower.

It is shaped like the inside of the magazine and basically creates the platform that pushes the cartridges into place. The spring pushes the follower; the follower pushes the rounds.

In a tube magazine, the follower will be shaped like a cylinder plug. In a box magazine, it is shaped (or similarly shaped) like the outline of the magazine.

For box magazines, the follower often has a contour that is shaped like the specific cartridge. The cartridge then fits into place and sets the alignment for the remaining rounds. The follower’s main purposes, besides pushing the rounds into place, is to ensure proper alignment of the rounds to avoid jamming.

This component is only found on box magazines. This is the component resting at the top of the magazine, ensuring proper movement of the cartridge from the magazine to the chamber. It is shaped so that rounds are smoothly guided upward to the chamber, and it acts as the final feeding mechanism for the firearm.

Feed lips taper inward so that only one cartridge can enter the chamber at a time. This is especially important for double-stack magazines.

This is an area of the magazine that can be prone to wear. Because good feed lips are essential to proper chambering, this component often needs to be replaced or fixed. Many magazines have replaceable feed lips, which can be ordered from a variety of manufacturers.

Enhance Your Firearms Reliability with Quality Magazines and Accessories

At ammotogo.com, we understand that top-level shooting involves more than the right ammunition; you also need quality magazines and accessories. You can see all our in-stock handgun and rifle magazines here.